Accessibility links
Wreck's Identification 95 Years After Ship's Disappearance Puts Theories To Rest As it turns out, neither the Bermuda Triangle nor aliens are to blame for the Cotopaxi's sinking. It took Michael Barnette 15 years of research to identify the ship, which went down with 32 people. 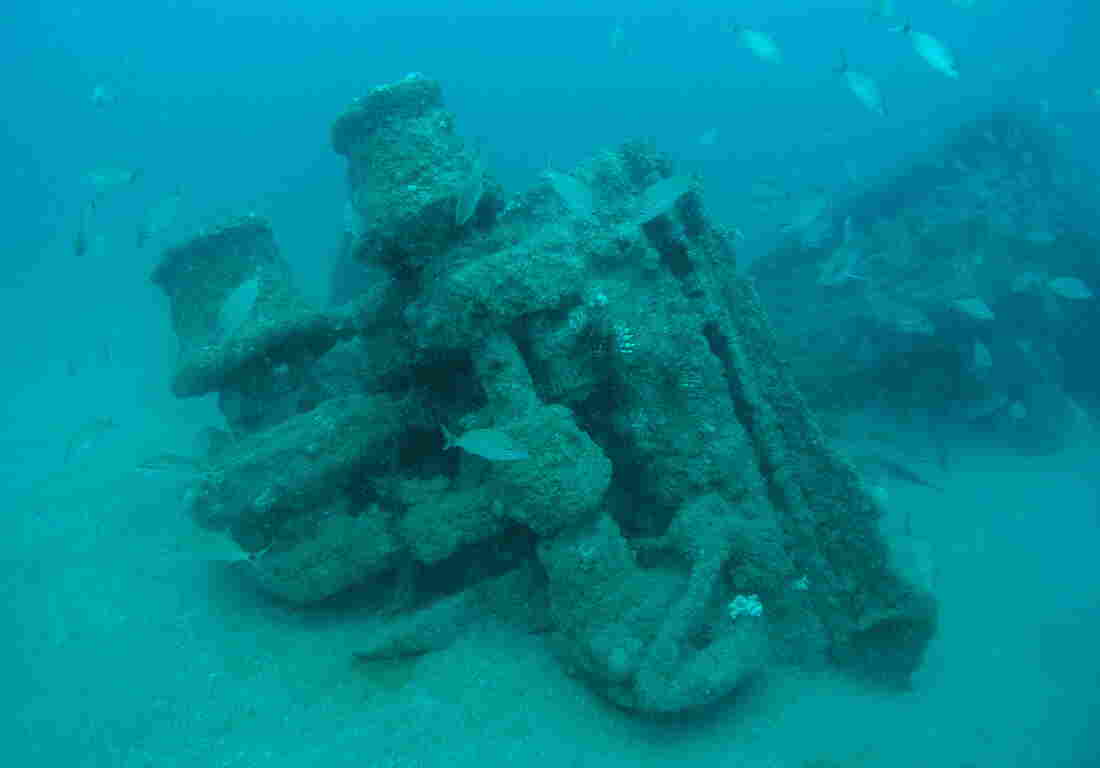 A shipwreck found 35 miles off St. Augustine, Fla., has been identified as the SS Cotopaxi that disappeared in 1925. The windlass, seen detached from the ship's bow, helped lower and raise the anchor. Courtesy of Michael Barnette hide caption 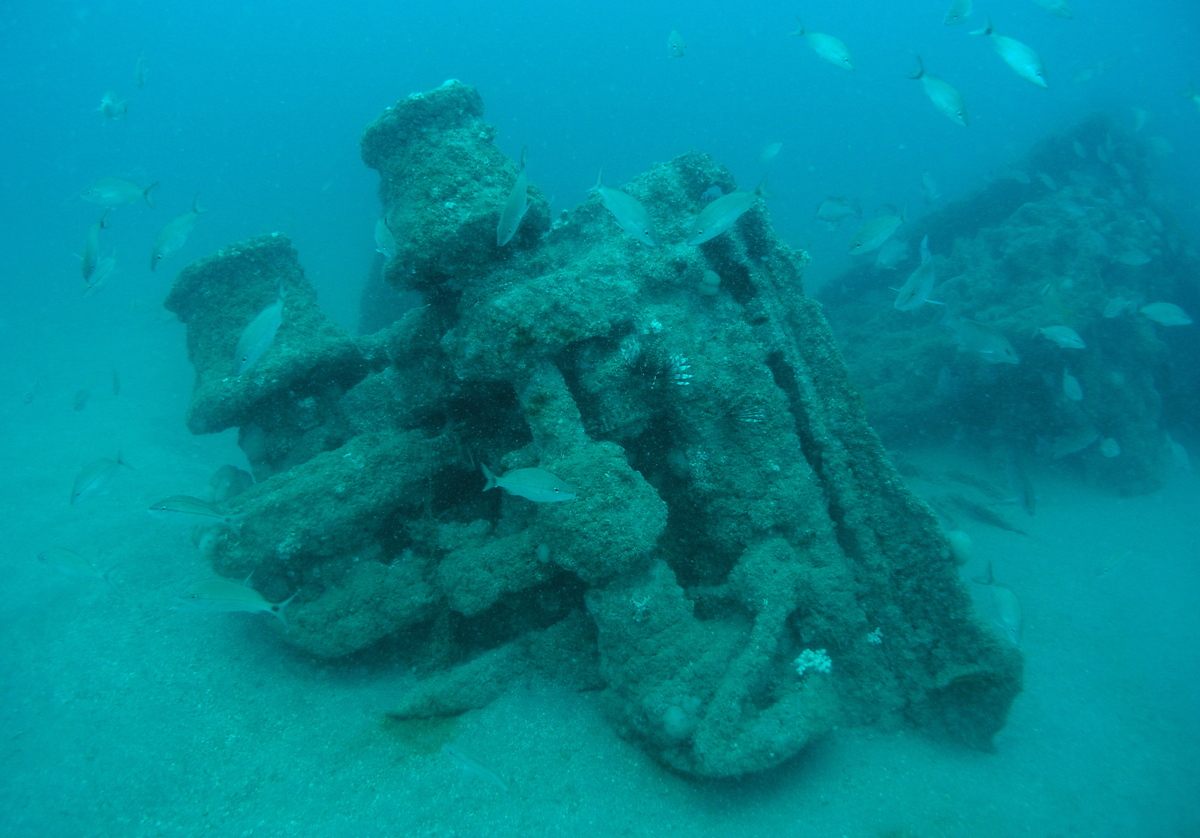 A shipwreck found 35 miles off St. Augustine, Fla., has been identified as the SS Cotopaxi that disappeared in 1925. The windlass, seen detached from the ship's bow, helped lower and raise the anchor.

Lore had it that the SS Cotopaxi was swallowed by the infamous Bermuda Triangle after the steamship, and all 32 crew members on board, inexplicably vanished in 1925.

In the sci-fi film Close Encounters of the Third Kind, aliens are responsible for the ship's disappearance.

But a team of divers has identified the ship and debunked the fictions, theories and conspiracies that emerged over the years. And unlike in Close Encounters, the ship wasn't found in the Gobi desert, but rather 35 miles off St. Augustine in Florida.

The Cotopaxi had set off on its normal route between Charleston, S.C., and Havana, carrying a cargo of coal, when it was caught in a powerful storm, Michael Barnette discovered.

The wreck isn't located within the boundaries of the Bermuda Triangle — a region in the Atlantic Ocean with its corners at South Florida, Bermuda and Puerto Rico that has been blamed for unexplained disappearances.

Barnette first spotted the wrecked ship 15 years ago, but proving that it was indeed the Cotopaxi became the real challenge. He knew a ship had gone down off St. Augustine, but it had been in the sand for a long time and he needed a well-trained eye to identify the wreckage.

"It's almost like a crime scene or aircraft accident crash site where you're trying to put all the pieces back together, because it's not a Hollywood film set," Barnette told NPR's Weekend Edition Sunday.

Barnette, a marine biologist with the National Oceanic and Atmospheric Administration, laid out his mission to get to the bottom of the "Bear Wreck" in the Science Channel series Shipwreck Secrets, which is set to air on Sunday.

He and his diving partner took extensive measurements of the ship and compared them with the blueprints used to build the Cotopaxi.

It took them about 12 dives to get all the measurements they needed. They even found pieces of old coal, which is what would have been in the Cotopaxi's cargo holds. But to definitively confirm that the debris was the Cotopaxi, Barnette had to dig through more historical documents.

He came across a lawsuit, filed by family members of the lost crew members against the company that owned the ship. A carpenter who had been hired to repair hatch covers gave testimony saying that many similar ships had a design flaw: Water that washed across the deck would leak into the cargo hold, and the flooding could cause the vessel to capsize and sink.

There also was the record of a distress call from the Cotopaxi: Again, the evidence lined up. Its coordinates pointed not to the Bermuda Triangle but to the north and west — about 20 miles from that suspicious wreckage off St. Augustine.

Barnette is confident and pleased with his discovery — but also humbled by the magnitude of what was lost.

"As a diver, we want to identify these shipwrecks," he said. "So you get excited when you actually do that, but then you sometimes go through emotional roller coaster whereupon that realization of what this vessel is, you also learn what it signifies: in this case, the grave of 32 men."

For Gregory West of Charleston, identifying the Cotopaxi meant the end of a family mystery. His great-uncle, Robert Fulcher, was one of the ship's crew members. 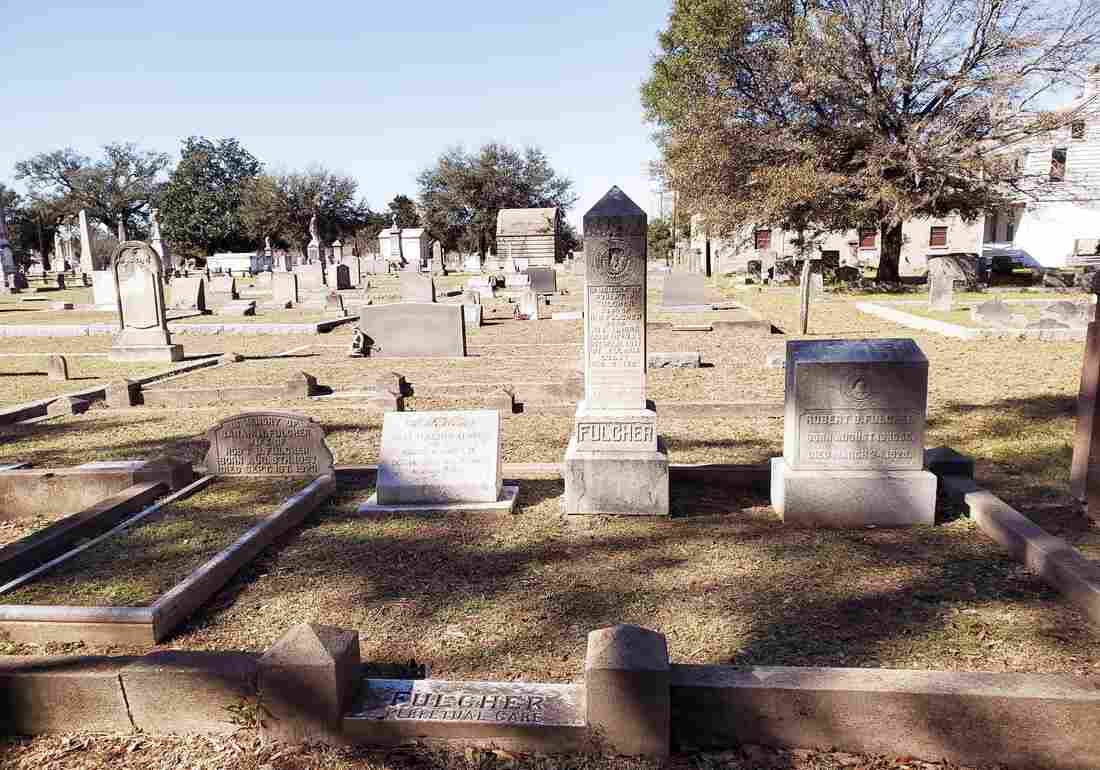 The grave of Robert Fulcher, who died in the 1925 Cotopaxi shipwreck, lies among those of family members, at Saint Lawrence Cemetery, in Charleston, S.C. Gregory West hide caption 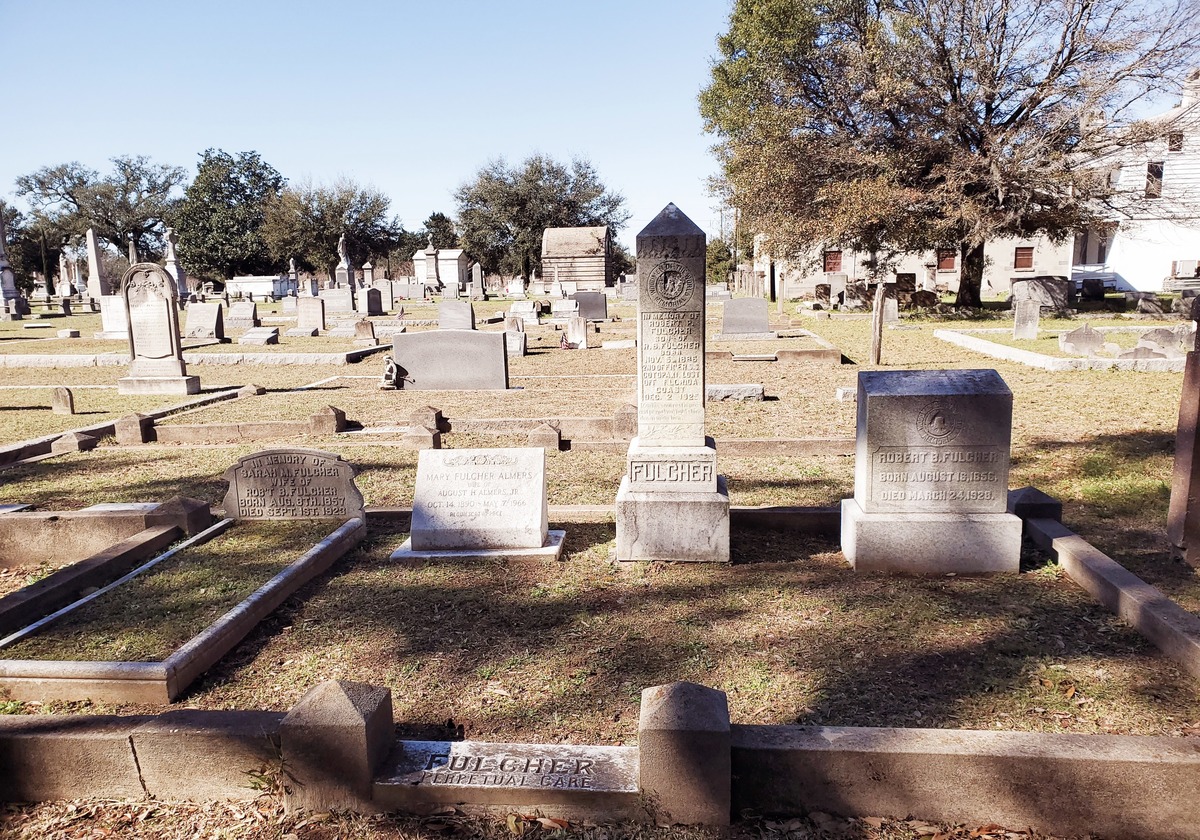 The grave of Robert Fulcher, who died in the 1925 Cotopaxi shipwreck, lies among those of family members, at Saint Lawrence Cemetery, in Charleston, S.C.

"It really does help bring closure," he said. "Now we know exactly where the ship went down, where his remains lie, the cause of the sinking. It was not due to sea monsters or whirlpools or aliens or any such thing in the Bermuda Triangle."

Still, West isn't ruling out the supernatural completely. A few nights following news of the discovery, he flipped on the TV to a movie channel to find an eerie coincidence.

"It started 15 minutes earlier — it was Close Encounters of the Third Kind," he said. "So I had a kind of a freaky moment — maybe Uncle Roberts calling me."

NPR's Hannah Hagemann and Ed McNulty produced and edited this story for broadcast. Emma Bowman adapted it for the Web.

An earlier audio version of this story incorrectly stated the Cotopaxi disappeared in 1923. In fact, the ship was lost in 1925.