Accessibility links
British Airways Sets Record, Crossing The Atlantic In Under 5 Hours In Strong Winds Propelled by the jet stream, Flight BA112 topped a ground speed of 800 mph, by one expert's estimate. It traveled from New York's JFK to London's Heathrow in 4 hours, 56 minutes overnight Saturday. 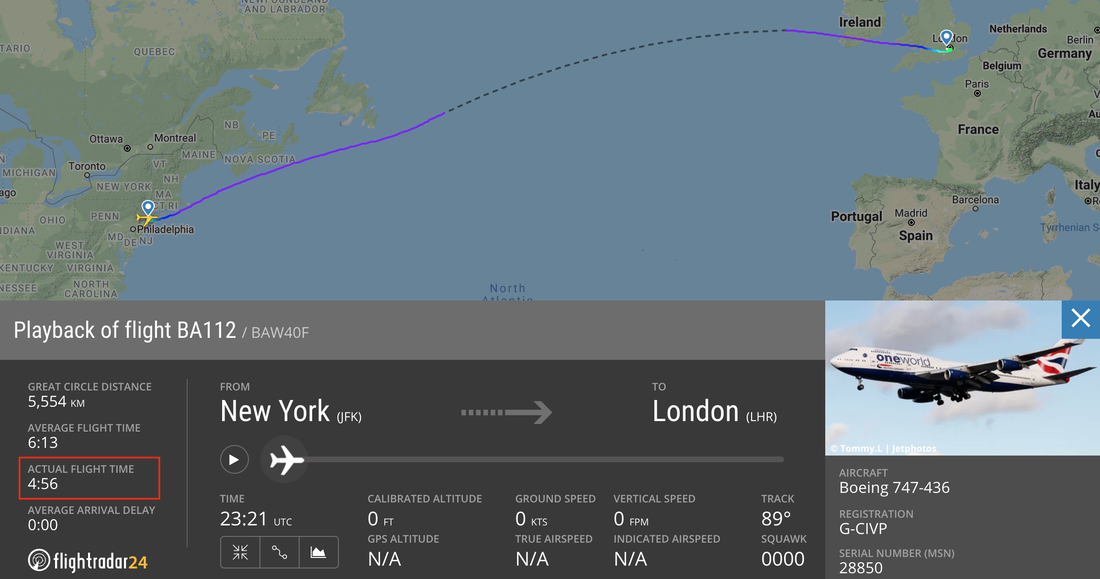 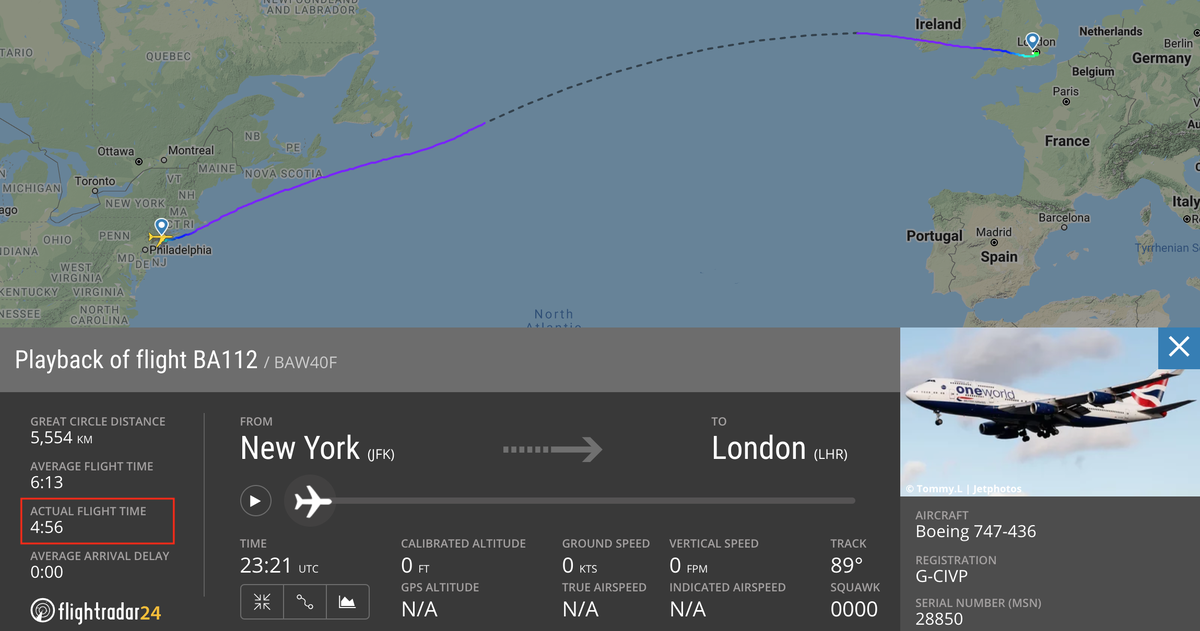 Kubilay Kahveci's flight was supposed to be in the air for more than six hours — an overnight voyage from New York City to London. But British Airways Flight 112 made the trek in under five hours, setting a new record for the fastest subsonic commercial flight across the Atlantic Ocean.

"I was definitely surprised. It felt like a European flight rather than a transatlantic one," Kahveci told NPR in an email. "Turbulence woke me up a couple of times. ... But it wasn't too bad after all and I'm glad they brought us home safely because I initially booked a Virgin Atlantic flight that was cancelled due to Storm Ciara."

Propelled by strong winds, the Boeing 747 at its fastest topped a ground speed of 800 miles per hour, according to global flight-tracking service Flightradar24. British Airways confirmed that the flight took 4 hours, 56 minutes, beating the previous 2018 record by Norwegian, which flew from New York to London in 5 hours, 13 minutes.

"That was the first time that we've seen it below five hours," said Flightradar24's Ian Petchenik. "This particular speed hasn't happened before, but those increased speeds across the Atlantic happen on a fairly regular basis, especially in the winter when the jet stream kind of dips down into where the North Atlantic Tracks are and is a bit stronger."

Severe storms around the United Kingdom have been causing lots of flight delays, cancellations and diversions. But the wind conditions made for very fast eastbound flights, a few of which on Sunday crossed the Atlantic under the five-hour mark. Petchenik said the New York-London route has historically been used as a speed benchmark for trans-Atlantic air travel.

"We always prioritise safety over speed records," British Airways wrote in its brief statement to NPR on Sunday, "but our highly trained pilots made the most of the conditions to get customers back to London well ahead of time."

By Petchenik's estimate, the jet stream winds may have added roughly 150 miles per hour to the airplane's speed.

"We knew that the jet stream was going to be very well placed this week to possibly break that record," he said, explaining that subsonic speeds are measured against the ground. 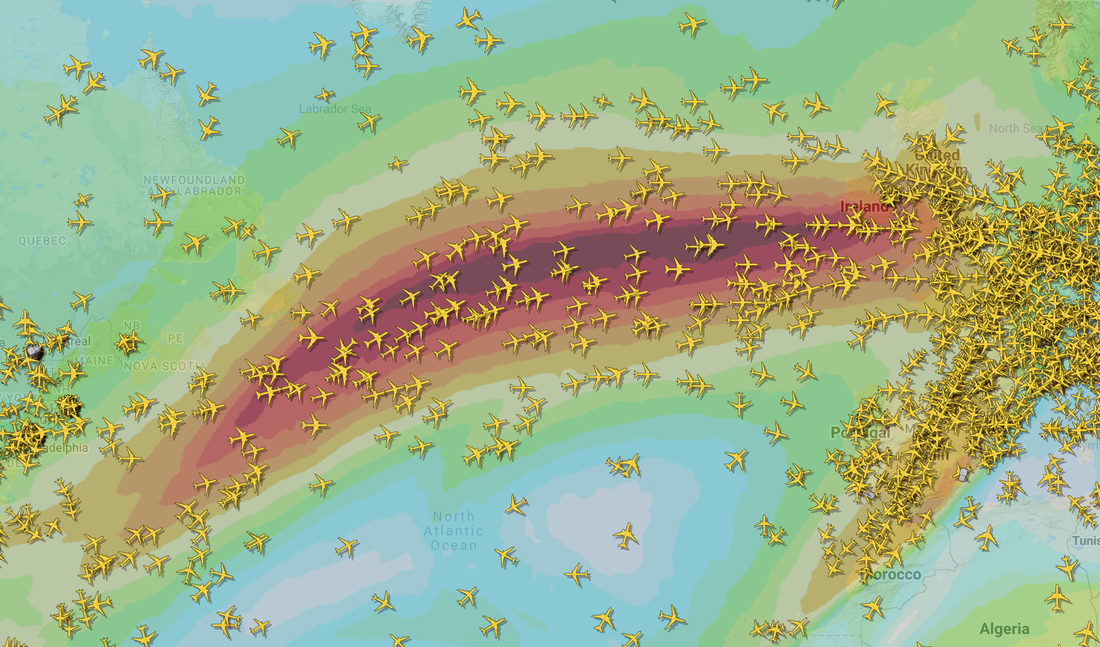 Flights cross the Atlantic Ocean in the jet stream, as tracked by Flightradar24. Courtesy of Flightradar24 hide caption

Kahveci, who was coming back from a business trip on Flight BA112, said the captain did announce after the landing that the flight was the quickest subsonic British Airways flight from New York's John F. Kennedy International Airport to London's Heathrow Airport — but did not mention that it was the fastest overall on the route.

"It's just bragging rights," Petchenik said. "I don't think there's a plaque handed out, though that would be neat."