Accessibility links
2 U.S. Service Members Killed, 6 Wounded In Afghanistan Attack An individual wearing an Afghan uniform opened fire on the combined U.S. and Afghan force with a machine gun on Saturday. It's unknown if the shooter was an Afghan soldier or had stolen the uniform. 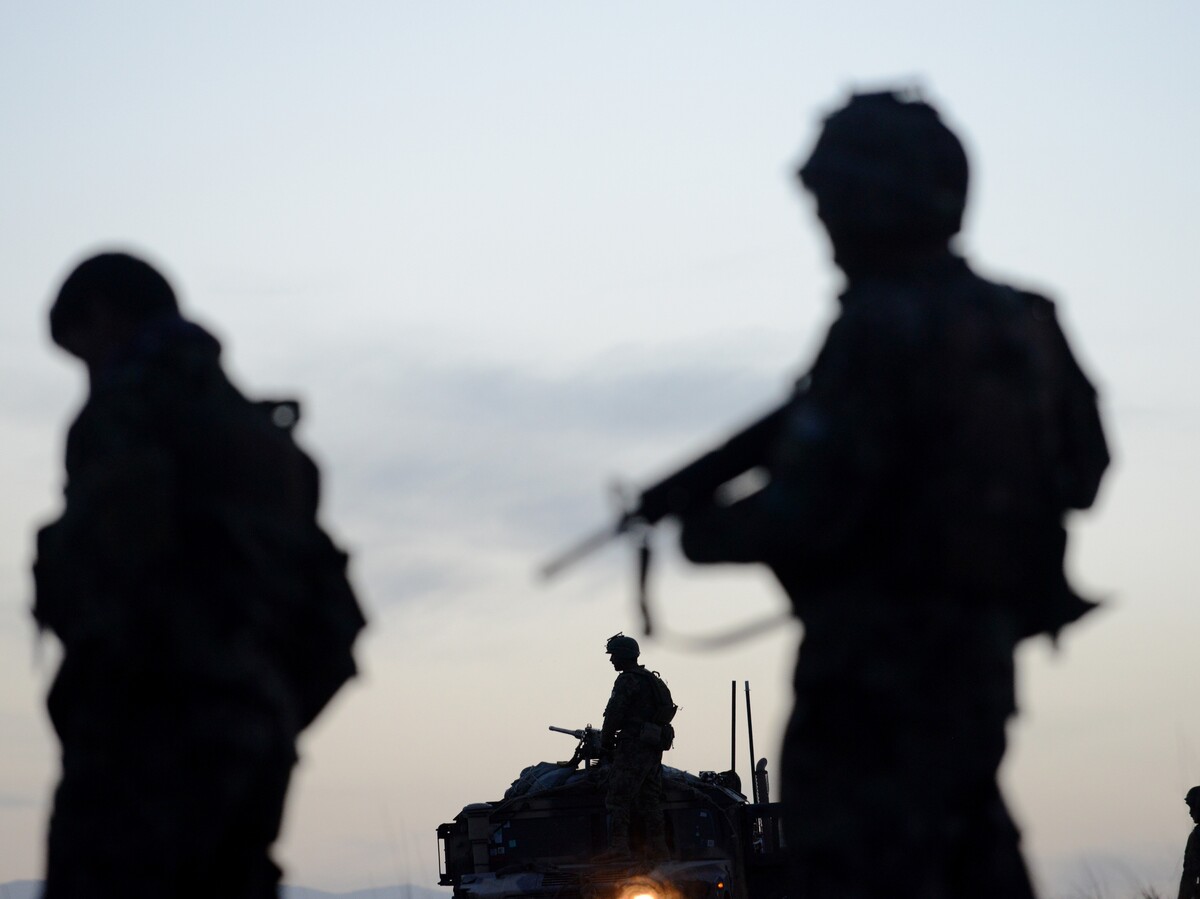 Two U.S. service members were killed and six more wounded during an attack on a joint operation between American and Afghan forces on Saturday in eastern Afghanistan.

Early indications suggest that the two service members were killed in what's known as a green-on-blue attack, in which Afghan forces or infiltrators turn their weapons on U.S. and coalition troops.

"Current reports indicate an individual in an Afghan uniform opened fire on the combined U.S. and Afghan force with a machine gun," Col. Sonny Leggett, a spokesman for the U.S. military in Afghanistan, said in a statement on Saturday.

It remains unknown if the gunman was actually an Afghan soldier or a person who had stolen a military uniform. Leggett said officials are now investigating the cause and motive behind the attack.

On Sunday, the Department of Defense identified the two fatalities as Sgt. 1st Class Javier Jaguar Gutierrez of San Antonio and Sgt. 1st Class Antonio Rey Rodriguez of Las Cruces, N.M. Both men were 28 and died "as a result of wounds sustained while engaged in combat operations," the Defense Department said in a statement.

The six wounded service members are being treated at a U.S. facility.

The attack occurred in the Sherzad district in Afghanistan's Nangarhar province.

Afghanistan's Ministry of Defense said in a statement on Sunday that one Afghan soldier was also killed in the attack.

Green-on-blue attacks have posed a problem for years. Since 2008, such attacks have killed more than 150 coalition members, according to a study by the Long War Journal. The number of attacks peaked in 2012, when they accounted for 15% of all coalition deaths.

In its statement, the Afghan Ministry of Defense said green-on-blue attacks "fail to have negative effects on the friendship & spirit of cooperation" between Afghan forces and the United States. "We will continue our fight against terrorism together," the ministry said.