Accessibility links
How Fictional Pandemics Can Help Fight Real-World Disease People have been telling stories about pandemics for thousands of years — once, they were tales of divine retribution, but today they're often rooted in current events like the coronavirus outbreak. 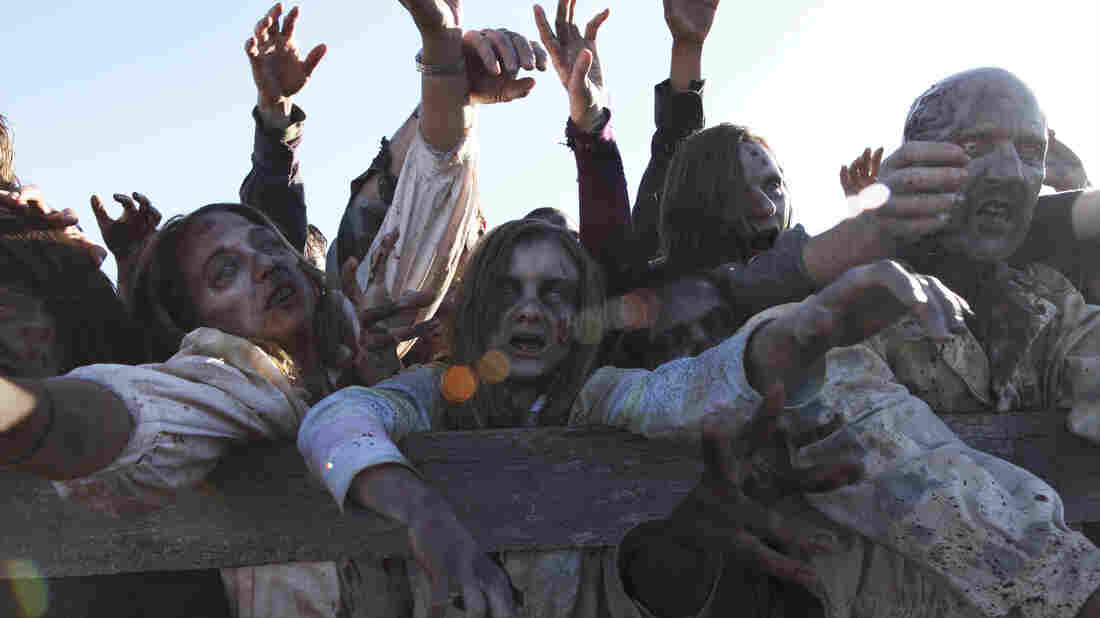 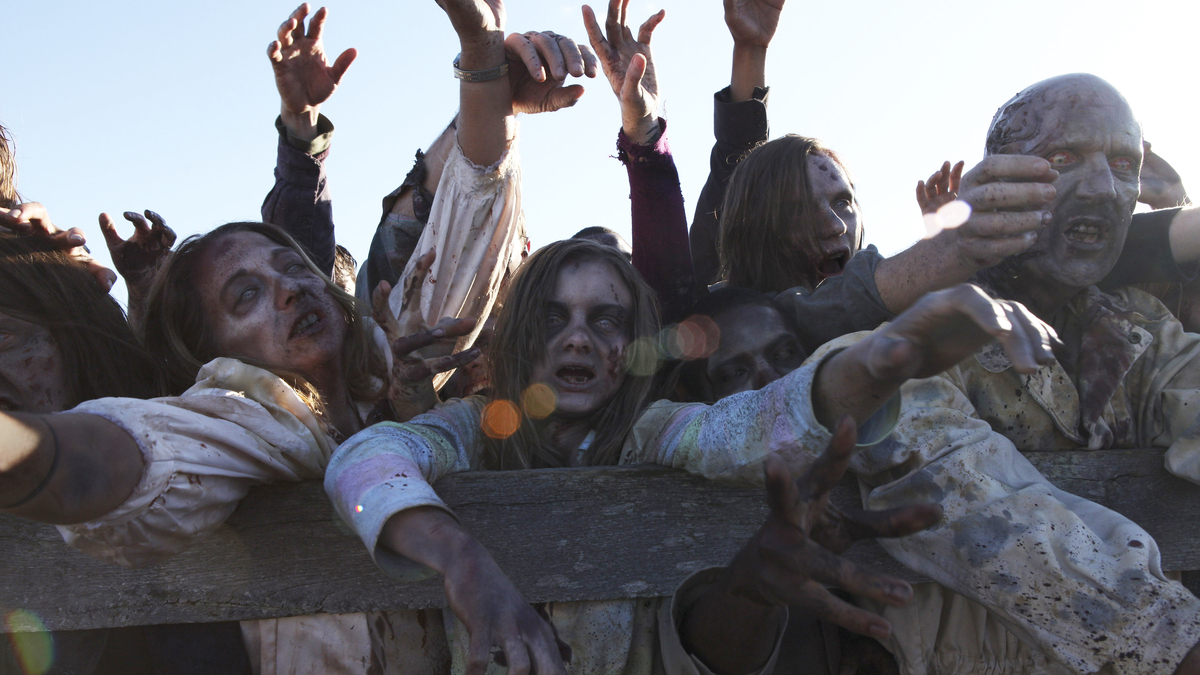 Today's stories about disease — like The Walking Dead with its zombies — tend to be rooted in political and social realities.

We've been telling stories about pandemics for a very long time. From an eighth century BCE poem about a Babylonian plague god to the Old Testament's ten plagues of Egypt to, well, the AMC megahit zombie show The Walking Dead, now in its tenth season.

Bringing these things into a book is like, you know, an ancient summoning. Summoning a demon into a summoning circle. Because that's how you fight it

Long ago, we understood mass outbreaks as divine punishment for human transgressions — but our stories about disease have changed over time. Although still fantastic, modern stories about disease tend to be rooted in political and social realities. Last year, the 800-page novel Wanderers combined science fiction and horror with a techno-thriller focus on the rise of artificial intelligence and white nationalism in the aftermath of a pandemic. Author Chuck Wendig explains the appeal of writing a story where entire populations get sick and die: "Bringing these things into a book is like, you know, an ancient summoning. Summoning a demon into a summoning circle. Because that's how you fight it."

But how does fiction fight something like disease? In its own way, says writer and filmmaker Jeff Barnaby, by helping us make sense of the real world. Barnaby says today's books, TV shows and movies based on pandemics explore how people live upon and move around a planet defined by compromised ecosystems, borders and barricades.

"You're dealing with the aftermath of globalism," he points out. "And I think you're starting to see people make the link between how you treat the environment and the way the environment treats you."

Barnaby's new movie, Blood Quantum, is about a fast-spreading virus that turns people into zombies, but those with a certain amount of Native American heritage are immune. Barnaby, who belongs to the Mi'kmaq tribe in Canada, says indigenous people have been telling stories about pandemics for generations. "And they've been dealing with disease since first contact, so they're well versed in catastrophes," he says dryly.

Blood Quantum hasn't been released quite yet — it's currently screening in festivals and it'll be on the horror movie channel Shudder later this year. Barnaby sees stories about pandemics almost inevitably as about scapegoating and cultural anxieties. Discrimination and racism against Asians has intensified globally since the spread of coronavirus, as has been widely reported. On Netflix right now, a pandemic drama called Containment plays into stereotypes of Middle Eastern people as dangerous infiltrators — a Syrian refugee in Atlanta is patient zero, essentially a terrorist whose body is a weapon, a vector of disease.

In works by writers of color, pandemics sometimes serve as a metaphor for colonialism, says Maxine Montgomery, an English professor at Florida State University. In her writing on apocalyptic and post-apocalyptic literature by black women writers such as Octavia Butler and Toni Morrison, the human cost of pandemics, and the disproportionate suffering of vulnerable populations, are frequently invoked.

Smallpox, other viruses as well ... are linked inextricably to slavery and colonialization, in ways that suggest that slavery has residual consequences that we've not fully recognized or acknowledged.

"Smallpox, other viruses as well, that are linked inextricably to slavery and colonialization," Montgomery says. "In ways that suggest that slavery has residual consequences that we've not fully recognized or acknowledged."
Something's missing from mainstream pandemic thrillers, she says, including Contagion, the 2011 film that saw a spike on iTunes right about when the World Heath organization declared coronavirus a global emergency. And that's a hard look at the issue of who gets treated when an epidemic breaks out, and who's excluded from institutional safety nets.

In the fiction Montgomery studies, rescue rarely comes from the scientists at the Center for Disease Control or from research hospitals. "It's always a matter of characters reaching back," she says, to mend a deeper malady. Reconnecting with folk traditions isn't likely to be adopted as a public policy recommendation, but Montgomery suggests the questions provoked by these stories are essential ones: "How we see people who are afflicted by disease. How we respond to them in terms of human empathy."

Author Chuck Wendig says he hopes his novel Wanderers does the same thing. "You know, I didn't want to write a book that was fatalistic or nihilistic in how it dealt with people," he says. There's darkness and death in the stories we tell about pandemics, he adds, but that's not what these stories are really about. They're really about how we survive.