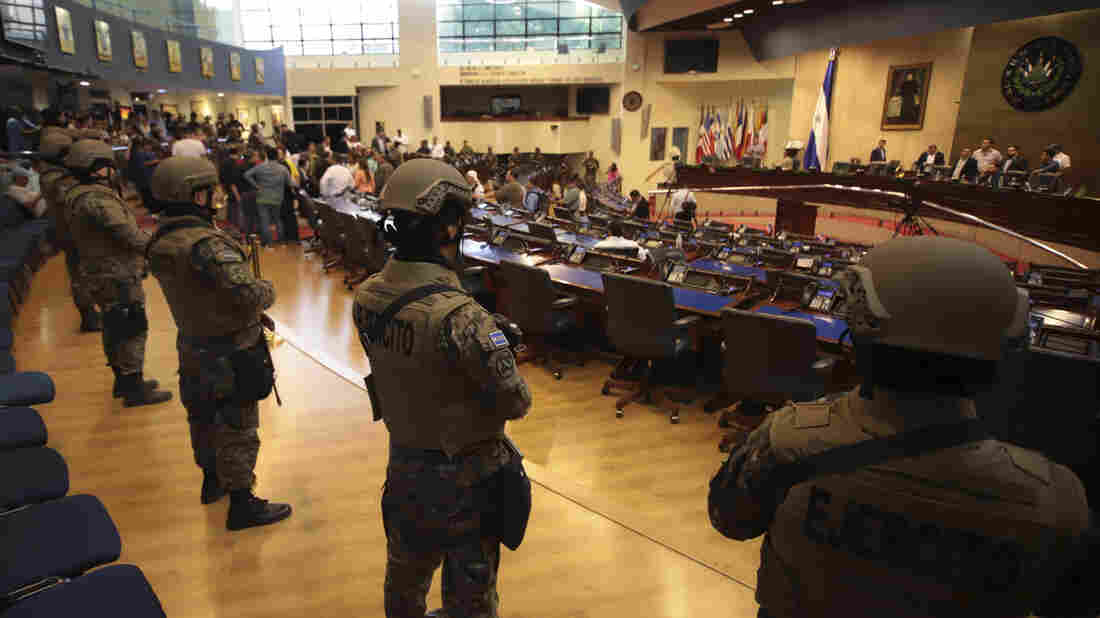 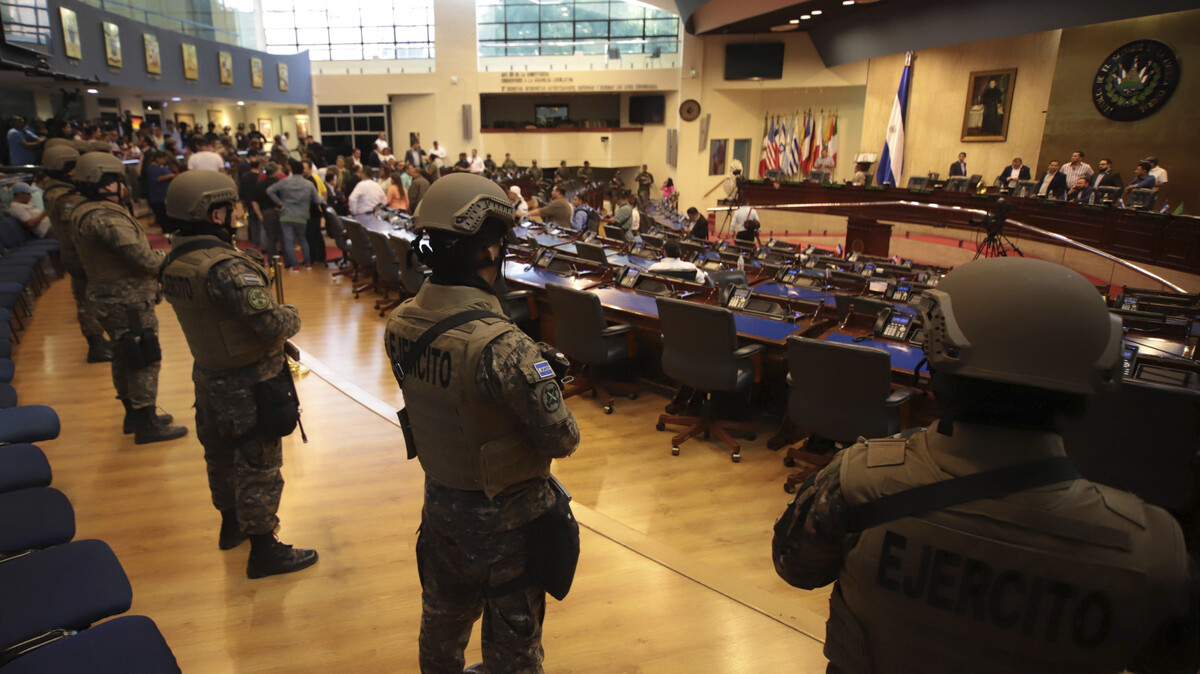 Heavily armed police and soldiers in El Salvador briefly occupied the country's parliament building on Sunday in a literal show of force supporting legislation to better equip them.

The Armed Forces and National Civil Police troops, carrying rifles and dressed in battle fatigues and tactical gear, entered the building after President Nayib Bukele failed to push through approval of a $109 million equipment loan.

The loan is part of Bukele's broader multiphase Territorial Control Plan to crack down on El Salvador's rampant gang problem. The loan is meant to buy police vehicles, uniforms, video surveillance equipment and a helicopter.

The move by the soldiers, ordered by Bukele, drew condemnation from the opposition, which controls the Legislative Assembly. They labeled it an act of intimidation and accused the president of acting like a dictator.

Earlier, Bukele had issued a call for supporters to descend on the Legislative Assembly to force passage of the loan. Thousands responded.

In a speech addressing them outside the building, the charismatic 38-year-old former mayor of San Salvador who assumed the presidency in June threatened to have opposition lawmakers forcibly removed from the chamber. 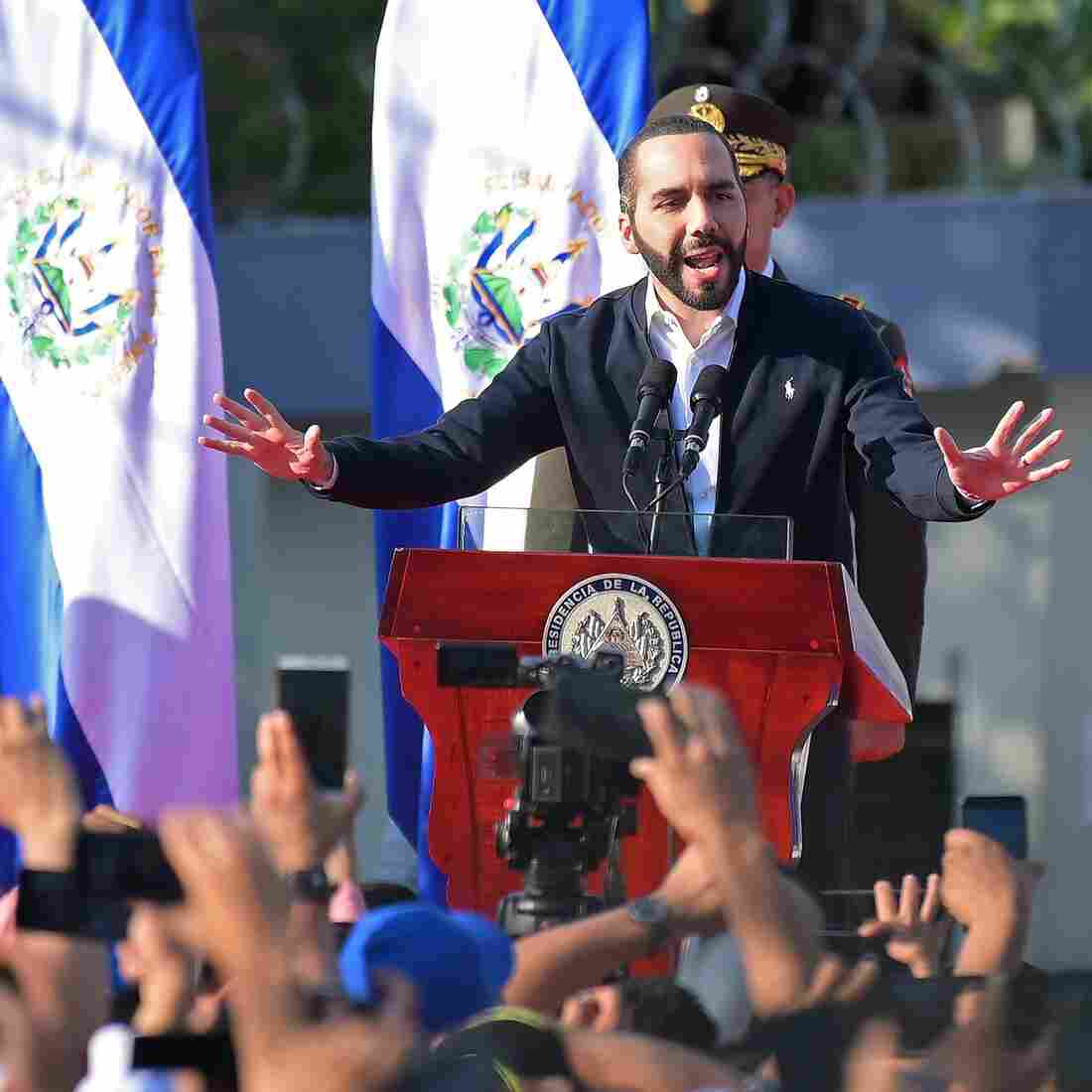 Bukele gestures as he speaks to supporters during a protest outside the Legislative Assembly in San Salvador on Sunday. Marvin Recinos/AFP via Getty Images hide caption 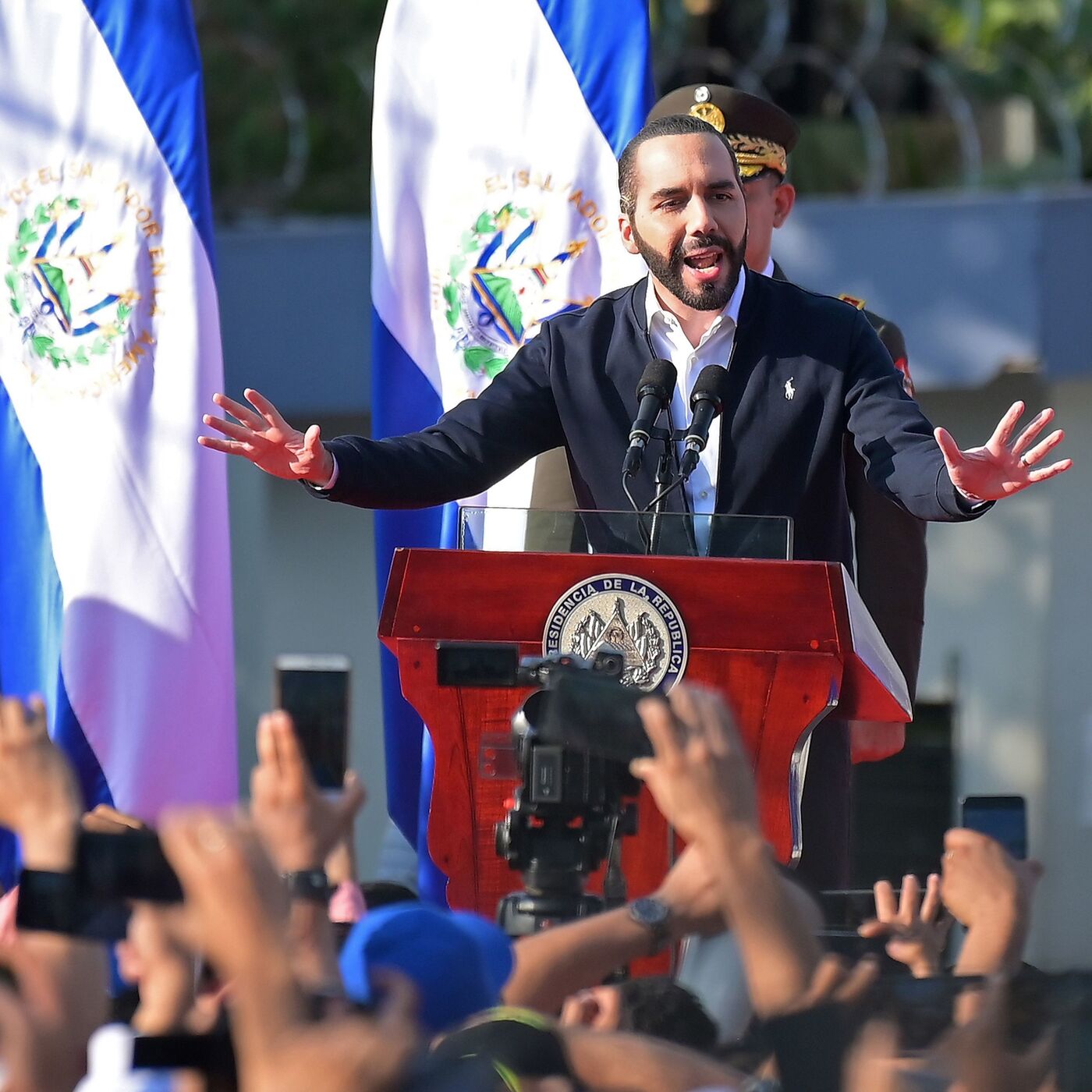 Bukele gestures as he speaks to supporters during a protest outside the Legislative Assembly in San Salvador on Sunday.

"If these scoundrels do not approve [the loan for] the Territorial Control Plan, we will summon them here on Sunday," he said, setting a week deadline.

The showdown came after a majority of members of parliament opted to sit out debate on the loan plan, leaving the voting body without a quorum. The opposition right-wing ARENA and leftist FMLN parties say they want more details on the spending plan before a vote.

U.S.-based Human Rights Watch called the move by security forces "an exhibition of brute force" and called for a meeting of the Organization of American States.

In a statement, the United Nations High Commissioner for Human Rights called for "dialog and full respect for democratic institutions to guarantee the rule of law, including the independence of the branches of public power."