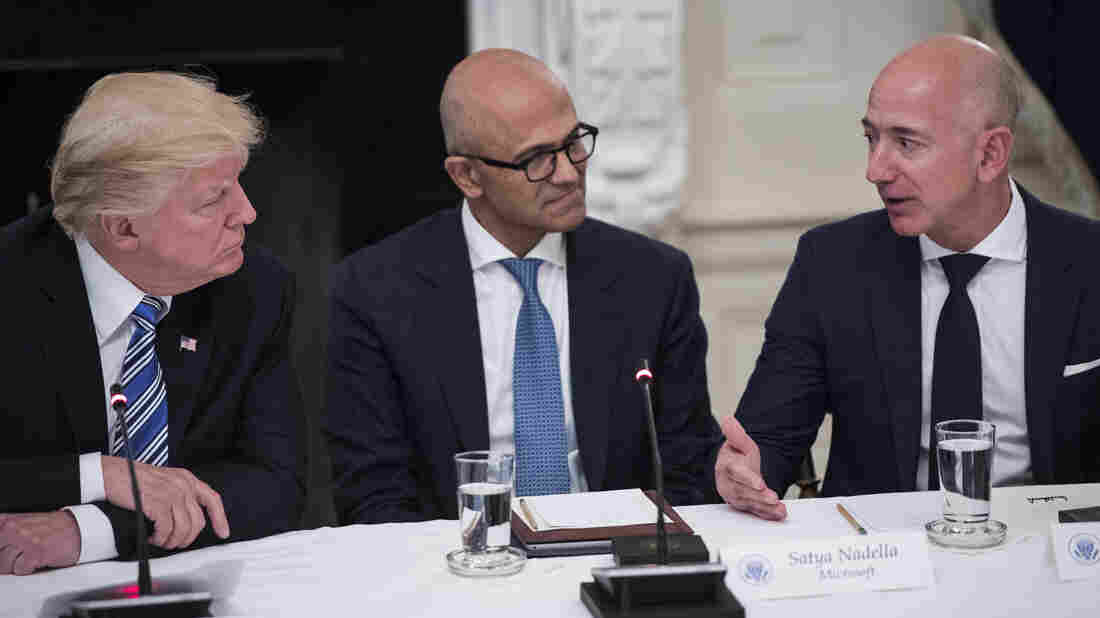 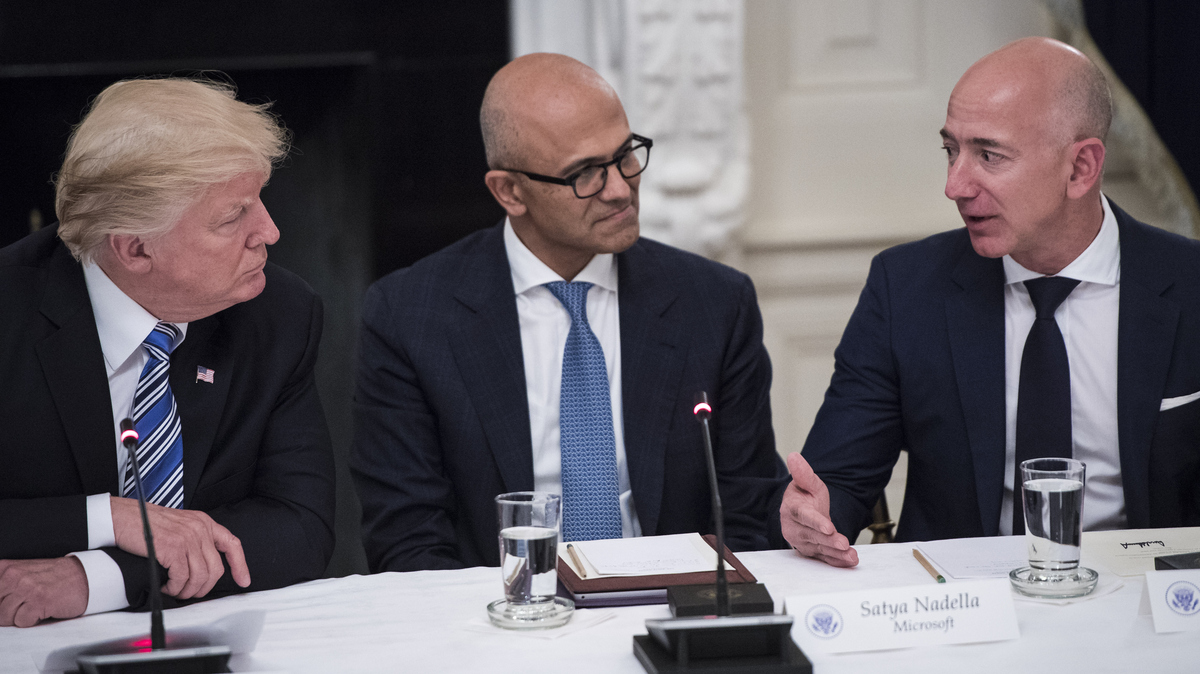 Amazon wants President Trump and Defense Secretary Mark Esper to testify about a massive military tech contract that the company lost to Microsoft, according to court documents unsealed Monday.

Amazon has taken the Pentagon to court, alleging "unmistakable bias" on the government's part in awarding to rival Microsoft the $10 billion cloud-computing contract, known as JEDI.

The contract award process had been mired by months of delays, investigations and controversy — at first over allegations of cozy relationships between Amazon and the Pentagon, and later over Trump's public criticism of the company, its role in the JEDI bidding and its CEO Jeff Bezos. Bezos owns The Washington Post, whose news coverage Trump often criticizes.

Newly unsealed documents show Amazon Web Services, Amazon's cloud arm, is seeking to depose Trump "about conversations or other involvement he had regarding the JEDI bid process or efforts to harm Amazon or AWS." The request acknowledges that deposing a sitting president "presents unique circumstances."

The White House and the Justice Department declined to comment on Monday. A Defense Department representative did not immediate respond to NPR's inquiry. The Pentagon had previously said the contract review evaluated all bidders fairly and consistently with the stated criteria.

In a statement on Monday, AWS maintained its allegation that Trump used the military budget to pursue his own ends. "President Trump has repeatedly demonstrated his willingness to use his position as President and Commander in Chief to interfere with government functions — including federal procurements — to advance his personal agenda," the company said.

Amazon is challenging the Pentagon's award of JEDI, for Joint Enterprise Defense Infrastructure, in the U.S. Court of Federal Claims. The company had also sought to block Microsoft and the Pentagon from starting work on the contract while the litigation is ongoing, but the court has not yet ruled on that.

Amazon was stunned by its loss of the JEDI contract. Microsoft's cloud business Azure has been a distant second in size to AWS, which also previously won a cloud contract with the CIA. A former Pentagon official familiar with the JEDI deal previously told NPR that Microsoft's bid "hit the ball out of the park."