Accessibility links
Interview: Rafiq Bhatia On 'Standards Vol. 1,' Duke Ellington, Reinterpretation With his four-song EP, Rafiq Bhatia is putting a new spin on jazz standards and, in a way, posing the question, "What is a standard?" 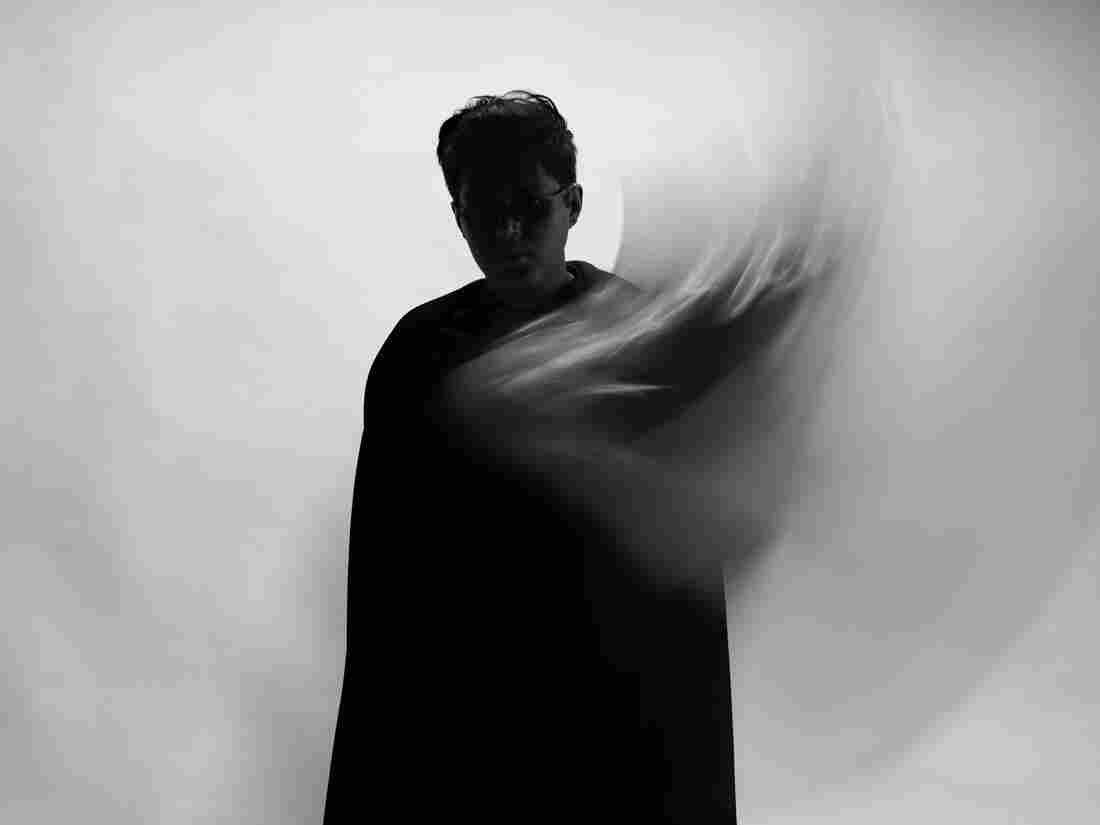 Rafiq Bhatia's recreation of standards uses what we've heard before to ask "What haven't we heard yet?" and challenges us to ask "Why not?" John Klukas/Courtesy of the artist hide caption 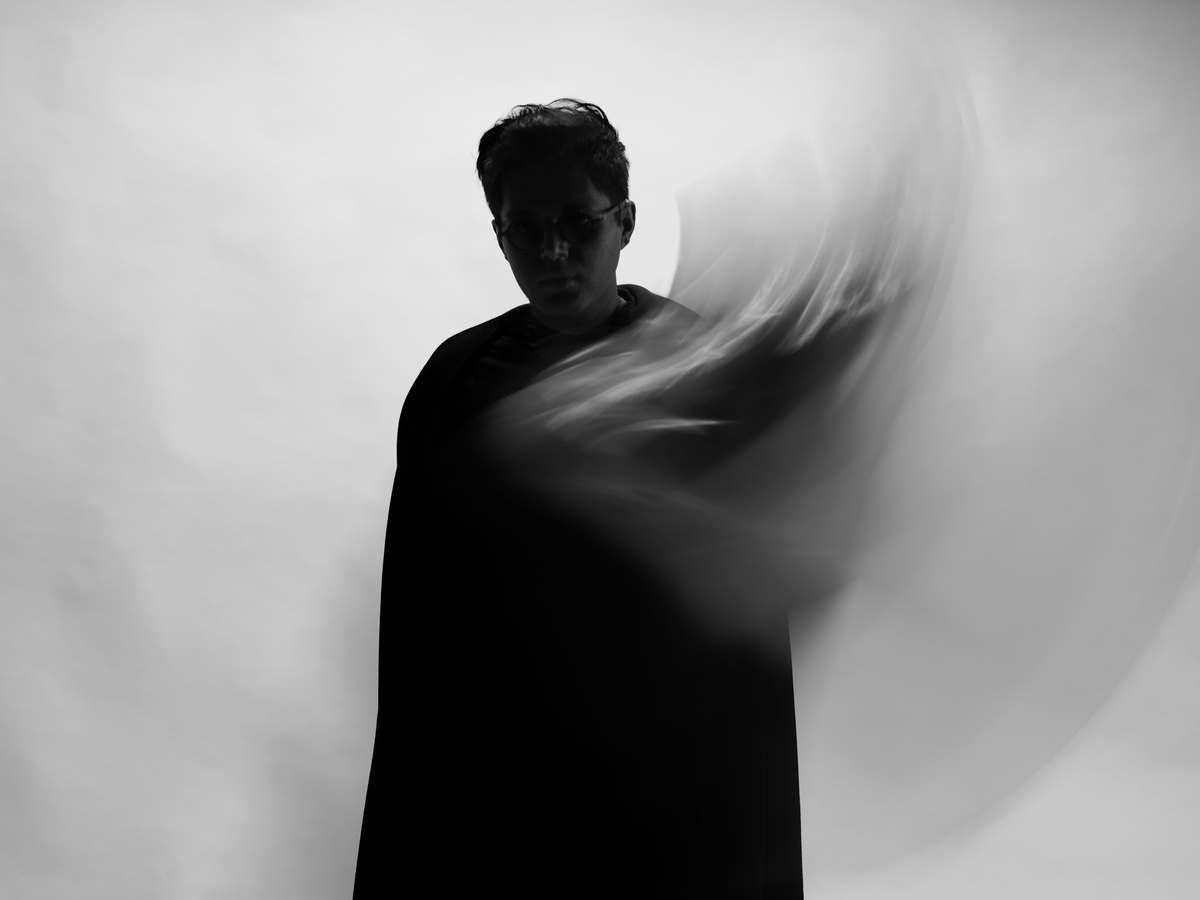 Rafiq Bhatia's recreation of standards uses what we've heard before to ask "What haven't we heard yet?" and challenges us to ask "Why not?"

John Klukas/Courtesy of the artist

Rafiq Bhatia started the new year by taking a fresh look at jazz standards in a four-song EP called Standards Vol. 1. The record subverts our expectations — for both a guitarist best-known as a member of the band Son Lux and for songs we know well, half of which were written by the great Duke Ellington.

Standards Vol. 1 opens with a rendition of Ellington's "In A Sentimental Mood," but without a heads up, you might not even realize it. Bhatia's transformation renders the song almost unrecognizable, but the liberties he takes are in line with Ellington's own stance on genre boundaries. In a 1964 CBC interview, Ellington was put off when asked about the music of "his people."

Ellington echoes those thoughts in his 1973 memoir, Music Is My Mistress, writing, "There really are no categories, you know. Everyone is so alone — the basic, essential state of humankind."

"I think that's the best answer to that question I've ever heard," Bhatia says. "It helps me make sense of my own resistance to that kind of classification."

Bhatia has been called a jazz musician, an experimental musician, and his guitar shredding has been compared to that of Jimi Hendrix. He's not offended by the shorthand, but his latest work, which deploys recording techniques as much as performance chops, questions the act of reinterpretation.

Across Standards' four tracks, Bhatia plays for less than a minute. "Is it possible to 'play these pieces' without playing an instrument?" he asks. "And, can you express who you are without picking up an instrument?"

Bhatia says when he listens to the recordings of Coltrane, or Monk, or Ellington, he has an immediate sense of who they are — and that's not exclusive to the jazz greats. "That's a quality that extends to a lot of other different kinds of music that have evolved in the years since and are evolving right now," he says. "When I hear Madlib, or Flying Lotus, or Tim Hecker, or Ben Frost, I hear a similar kind of thing, where a few seconds happen and you know who it is."

Bhatia's sonic signature provokes a certain amount of disorientation for his listeners.

"I think I have a general interest in otherworldliness, and the surreal, and the language of dreams and these kinds of spaces in which we might be able to have an experience with it that is more emotional and less rational," he says.

But on this new project, his music-making uses his listeners' familiarity with landmark recordings to guide them through his ideas. If you have already heard Ornette Coleman's recording of his song "Lonely Woman," you can hear its melody recurring in Bhatia's version, over and over, jumping registers and moving from instrument to instrument.

On Standards Vol. 1, Bhatia shows himself in his choices, just one of which was asking Cecile McLorin Salvant to sing "The First Time Ever I Saw Your Face," a perennial on Roberta Flack's setlist. Salvant's rendition is haunting and meaty.

"She's able to inhabit a song and tease out these other kinds of layers under the surface of what the song might have been written to mean, and maybe even pull those things out with her vocal delivery in a way that makes us all confront them," he says.

"If you had been in the room with Chris," he says, "you actually would not have heard any notes." That's because they laid a piece of felt inside the piano, between the hammers and the strings, dampening the instrument's reverberations and leaving, he says, "all the sound of human action without any pitches. And we just recorded it with a lot of volume and dynamic processing added to it so that it would bring the notes back out."

In other words, they cranked it up way past eleven, to convert a series of gentle thuds into something both ethereal and close.

"It's like bottling the act of expression," Bhatia says, describing a crucial component of his aesthetic. For as much as he's intrigued by the possibilities of technology that didn't exist in 1959, the year "Single Petal of a Rose" was first recorded, he's not going for scrubbed perfection.

"If all of these techniques are available to us," he wonders, "why aren't we using them in service of making ourselves feel like the listener is sitting there and playing the piano and it's speaking back to her in this way?"

Growing up the son of South Asian Muslim American immigrant parents in North Carolina, Bhatia says he didn't see many people who shared his identity. That void meant he made it up himself, according to his own rules.

"I can think of no better exemplar or North Star for people who have done that than Duke Ellington and Ornette Coleman," he says. "So even though I'm not sure ... how other people see my relationship to that music, I know that there's no way that I would be able to be here doing what I'm doing with sound if it wasn't for their example."