Accessibility links
Michael Bennet Drops Out Of 2020 Presidential Race The moderate focused his campaign on New Hampshire, but showed little upward momentum throughout his run. 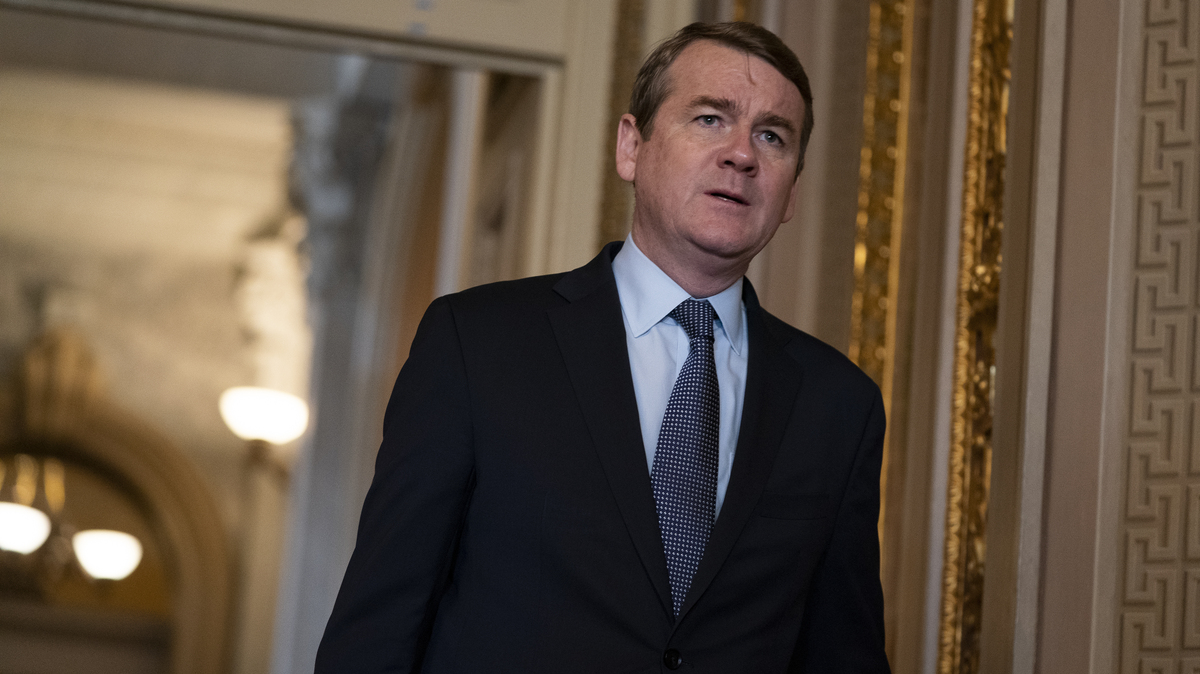 Sen. Michael Bennet, a Colorado Democrat, has dropped out of the 2020 presidential race.

Colorado Sen. Michael Bennet has ended his bid for the White House after failing to catch fire in a crowded Democratic field.

Bennet got a late start in the race, not joining the already-ballooning field until May 2019. His plans to seek the Democratic nomination were delayed after he was diagnosed with prostate cancer in April. However, following a successful surgery he was declared cancer-free and he continued with his plans to join the presidential fray.

But by then, front-runners had already begun to emerge and there seemed little place for Bennet, despite the fact he had won two races in Colorado, once a swing state that has trended toward Democrats in recent cycles. For a while, he was competing against former Colorado Gov. John Hickenlooper, too; Hickenlooper ended his campaign in mid-August to run for the U.S. Senate.

Bennet was on stage for the first two Democratic debates, in June and July of 2019, but failed to qualify for any subsequent debates.

He was one of four senator-candidates whose time on the campaign trail was interrupted by the Senate impeachment trial of Trump.

Bennet pitched himself as a low-key alternative to Trump, writing: "If you elect me president, I promise you won't have to think about me for 2 weeks at a time."

But Bennet showed little upward momentum throughout his run, overshadowed by several of his other Senate colleagues.