Accessibility links
Colorado Voters Are Set To Decide If Wolves Should Be Reintroduced To The State In November, Coloradans are set to vote on whether to return wolves to the state. The ballot initiative may be the first time voters in any state could force reintroduction of an endangered species. 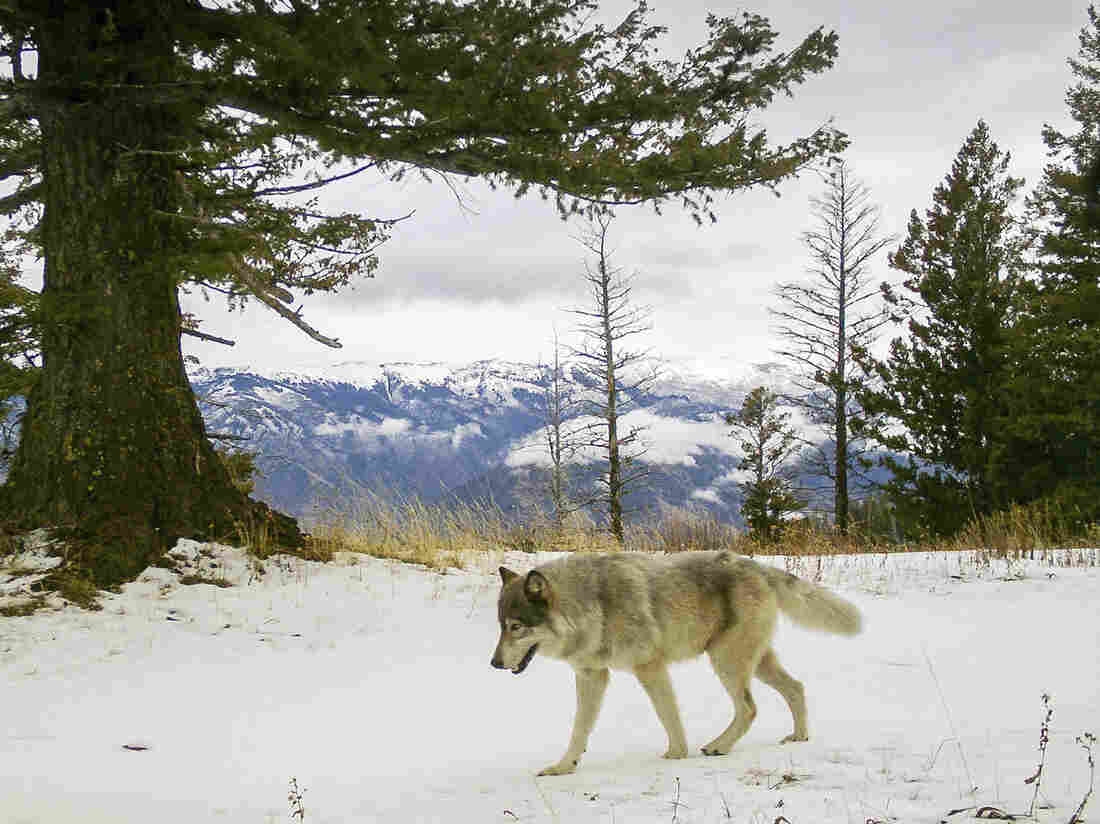 A wolf from the Snake River Pack passes by a remote camera in eastern Wallowa County, Ore. A wolf advocate group in Colorado is challenging the model for U.S. wildlife management. Oregon Department of Fish and Wildlife via AP hide caption

toggle caption
Oregon Department of Fish and Wildlife via AP 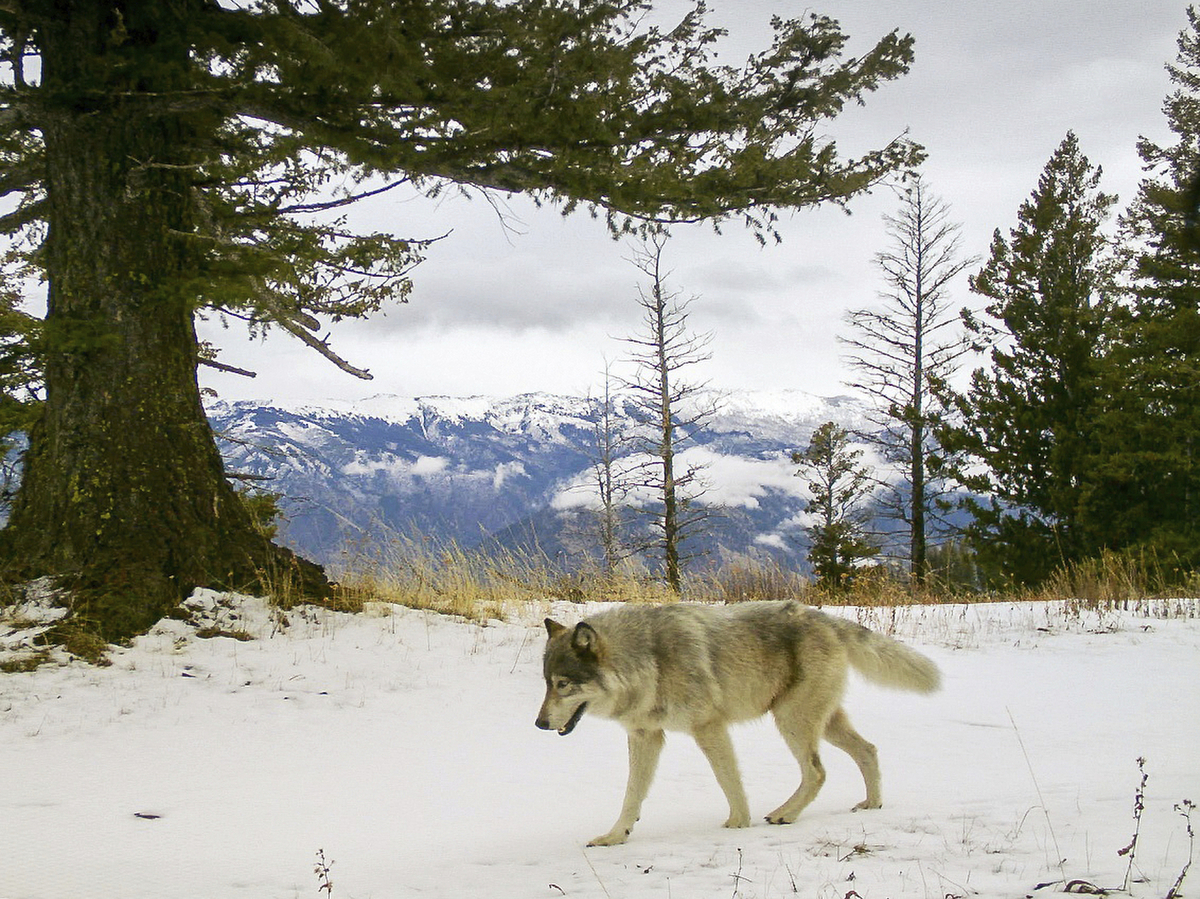 A wolf from the Snake River Pack passes by a remote camera in eastern Wallowa County, Ore. A wolf advocate group in Colorado is challenging the model for U.S. wildlife management.

Oregon Department of Fish and Wildlife via AP

For wolf advocate Larry Wiess, the battle to bring wolves back to Colorado isn't just about ecology. It's about challenging more than a century of U.S. wildlife management.

Last summer, the retired animal rights lawyer spent days gathering signatures for an initiative set to appear on Colorado's November ballot. If successful, it could force the state to capture and release wolves in Western Colorado by 2024.

According to the coalition backing the plan, it'd also be the first time that voters — in any state — would decide whether to reintroduce an endangered species. Weiss is well aware of the historic nature of the initiative. For him, it's a chance to question the authority of government biologists to make big decisions about wildlife.

"That definitely should be decided by the people and not by the scientists," he said in his home in Denver. "Then we take it to the scientists to implement what the people feel about this major division of opinions."

Critics of the initiative have a name for the approach: "ballot box biology."

Sportsmen's groups and wildlife managers see the plan an assault on a tradition of North American conservation, which has long let bureaucrats manage wild animals based on science and public input. Proponents believe that the same model can't be trusted to help predators like wolves, which are often seen as a threat to hunters.

Weiss suspects that's why federal and state officials have refused to return wolves to Colorado for decades. He said going to the ballot was a way to sidestep their control.

"It's difficult to make any headway because the hunters and ranchers have such a powerful lobby on all the commissions in the states," he said.

Mark Holyoak, a spokesman for the Rocky Mountain Elk Foundation, said the current wildlife management practices are based on the idea that wildlife belongs to the public. The principle dates back to early conservationists like Teddy Roosevelt and Aldo Leopold, who shaped a system that relies on experts to preserve game species.

"People in the know are being intentionally left out of the process," Holyoak said. 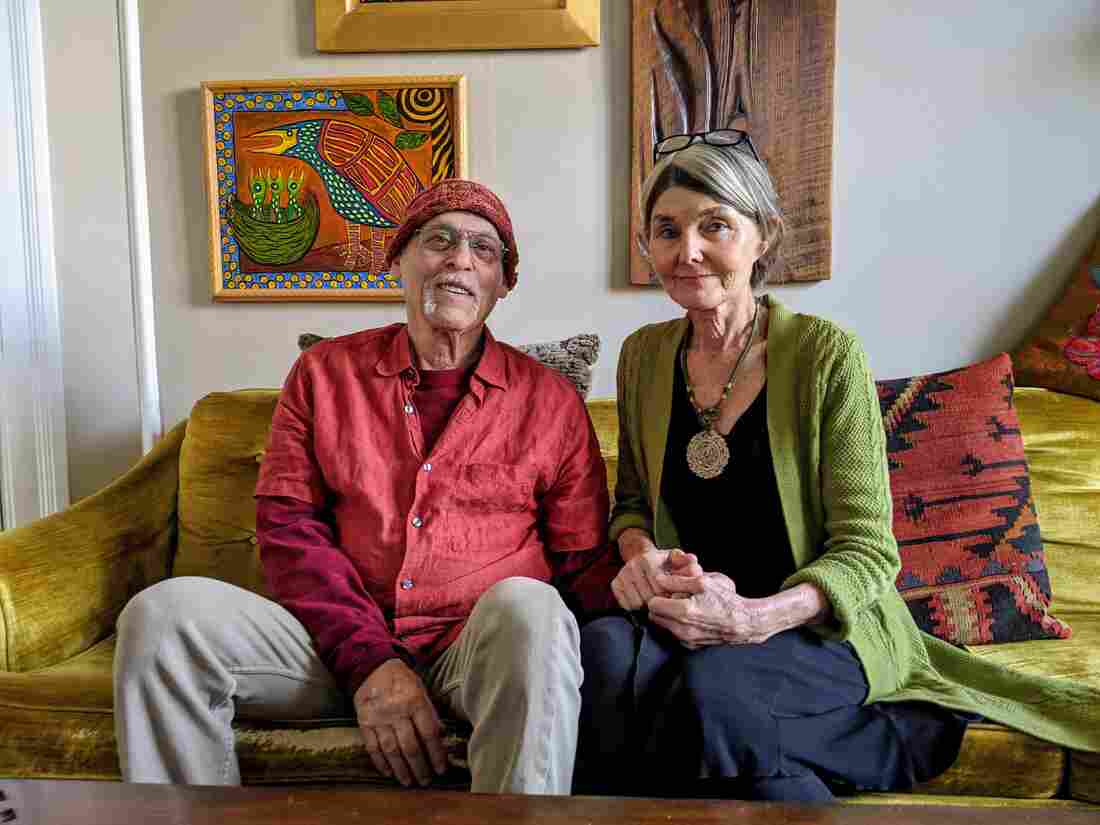 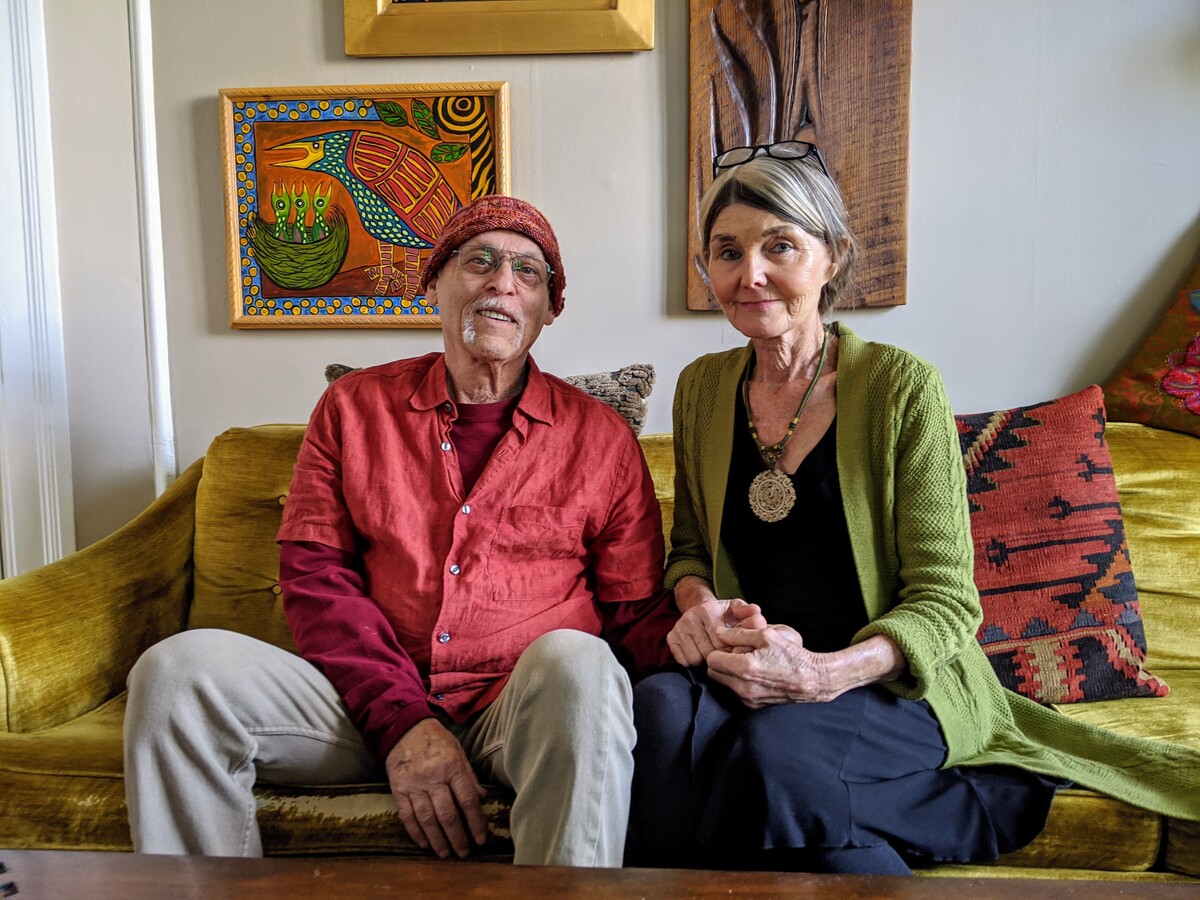 Wolf advocate Larry Weiss and his partner, Janet, at their home in Denver. Weiss says voters should make the big decisions rather than trusting biologists at state wildlife agencies.

Federal plans to delist gray wolves as an endangered species have added an urgency for initiative backers. The Trump administration proposed the rule change last March. If it goes forward, states would make their own decisions about how to manage the predators. Gray wolves have already been delisted in the Northern Rocky Mountain states.

"If we can provide this corridor to connect the Northern Populations and the Southern populations, then we have balance from Mexico to Canada," Weiss said.

Recent news has complicated the push for reintroduction, though. Earlier this year, Colorado Parks and Wildlife confirmed a wolf pack was living in the Northwest corner of the state. While lone wolves have migrated to the state before, the announcement marked the first evidence of a pack living in Colorado in decades. Biologists believe hunters removed the last of the predators from the state in the 1940s.

Reintroduction supporters say a single pack is far cry from a self-sustaining population in Colorado.

Republican state Rep. Perry Will, a former state wildlife officer who represents northwest Colorado, said the news of a pack in the state lends support to Colorado's earlier position on wolves. While the Colorado wildlife commission has repeatedly opposed reintroduction, the state is open to wolves migrating to Colorado on their own.

"We have a wildlife agency in this state. Let's listen to them," Will said. "Why would we reintroduce them if they're already here?"

"They're not introducing them in open spaces along the Front Range. You're putting it on the back of sportsmen and ranchers and farmers. They're the ones that have real skin in the game," he said.

One of those people who would be affected is Jay Fetcher, who raises cattle in a valley outside Steamboat Springs, Colo., far from the population centers in Denver and its suburbs. He doesn't support the ballot initiative even though it includes plans to pay for any livestock lost to the wolves.

"I've got 60 years of breeding into this herd, so it's more than the market value of that animal," Fetcher said. 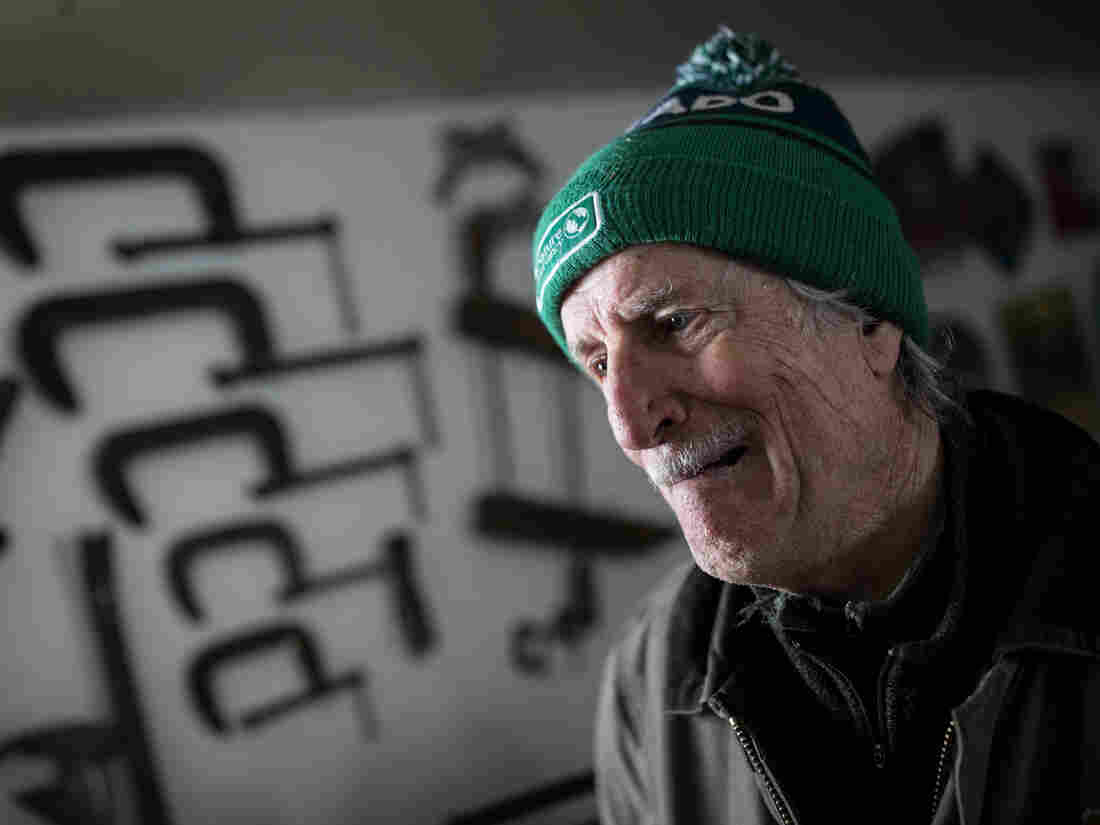 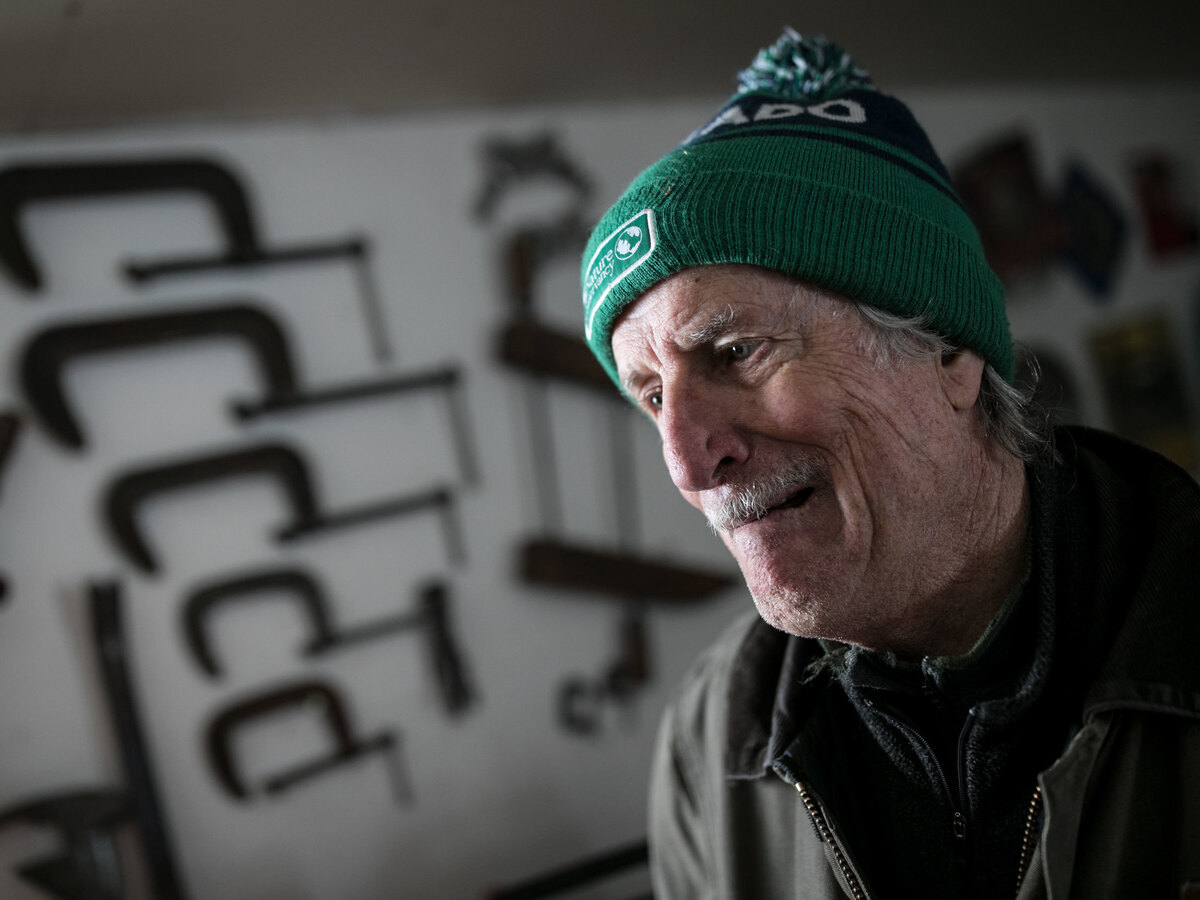 According to an estimate by state wildlife officials, the reintroduction and compensation programs could cost about $5.7 million over eight years. It's not clear where the state would get the money.

But Fetcher has already resigned himself to the initiative passing. Ranchers and hunters opposed to the ballot measure have formed the Stop The Wolf Coalition, which has pushed dozens of rural county commissions to declare their opposition. But so far, they haven't drawn any donations into their political action committee. Another group opposing the initiative has raised just over $10,000.

Meanwhile, supporters with the Rocky Mountain Wolf Project have raised more than $1.2 million thanks to considerable help from national progressive groups like the Tides Foundation.

A recent online survey from Colorado State University showed 84 percent of Coloradans support the reintroduction effort. If it goes ahead, Fetcher worries other ranchers might adopt their own policy to deal with the predators.

"Shoot, shovel and shut up," he said. "It's just somebody seeing one — shoot it, bury it and don't say a word."

In Fetcher's mind, there's nothing democratic about that.