Accessibility links
Harvey Weinstein's Rape Trial: Here Are The Major Moments From His Defense The former megaproducer's legal team has rested its case, and only the closing arguments remain before jurors begin deliberations. Here are some points from the defense that they'll have to consider. 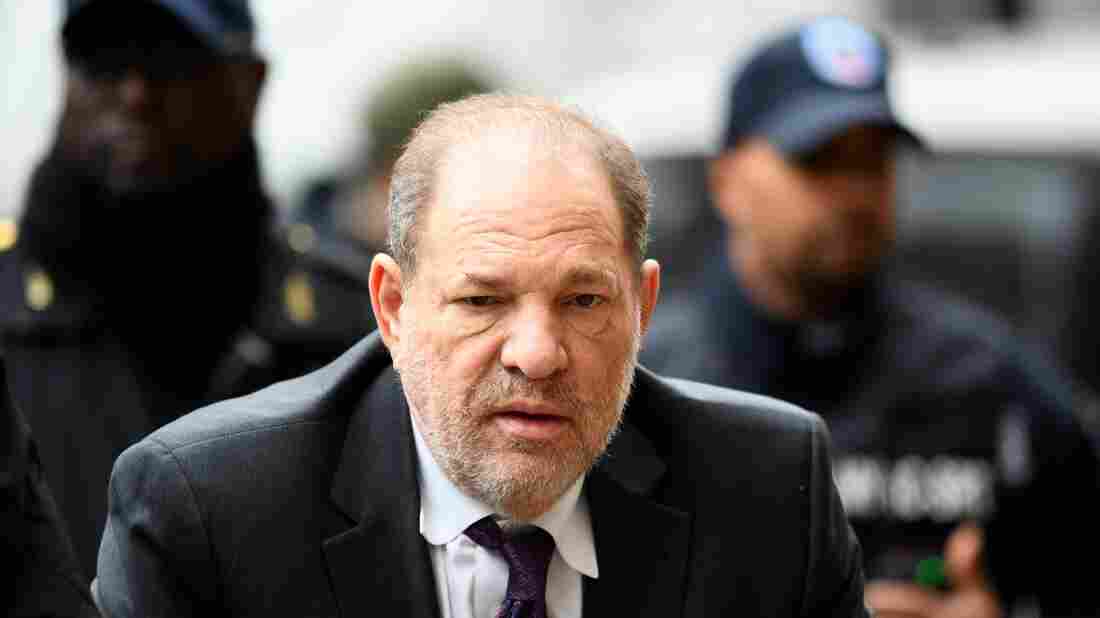 Harvey Weinstein arrives at the Manhattan Criminal Court on Monday, during the defense portion of his rape trial. Six women took the stand to say they were sexually assaulted by Weinstein — then Weinstein's legal team got the opportunity to have its say. Johannes Eisele/AFP via Getty Images hide caption 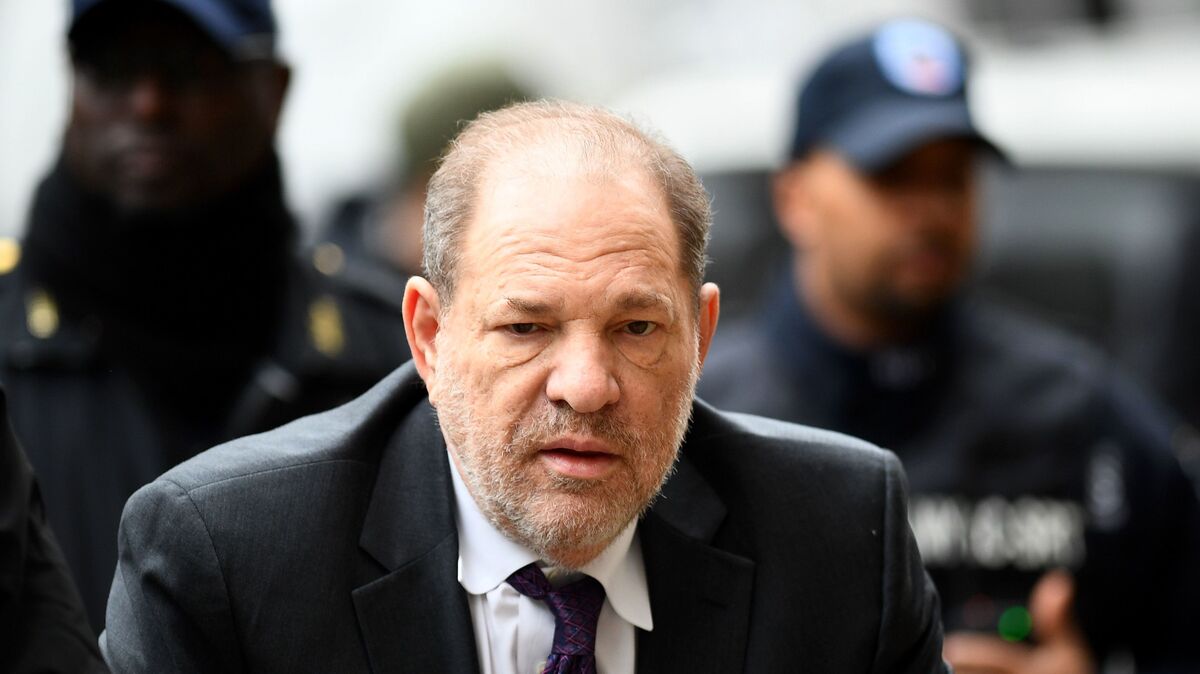 Harvey Weinstein arrives at the Manhattan Criminal Court on Monday, during the defense portion of his rape trial. Six women took the stand to say they were sexually assaulted by Weinstein — then Weinstein's legal team got the opportunity to have its say.

After prosecutors laid out a broad case for the former megaproducer's guilt, calling six women who accused him of rape or sexual assault in testimony lasting some two weeks, Weinstein's attorneys took only about three days to say their piece.

Weinstein himself did not testify, and his attorneys relied largely on their prior cross-examinations to make the case that his alleged crimes were actually consensual encounters. (Some of those points are included in NPR's look at prosecutors' arguments last week.)

Still, the defense did call about half a dozen witnesses. And a few of those testimonies, in particular, offered major moments for the jury to consider when deliberations likely begin next week. Here's a closer look at Weinstein's defense, and how prosecutors tried to knock it down.

The former Hollywood agent, the first defense witness called to the stand, said he was a close friend of Annabella Sciorra in the 1990s. During direct examination, he sought to rebut the actress' allegations that Weinstein raped her in the winter of 1993-'94, saying that "my understanding was that she fooled around with him."

"I remember Annabella saying to me that she [had] done this crazy thing with Harvey," Feldsher testified, relating the contents of a conversation they had around that time. But he said she didn't say anything about Weinstein that led him to believe the incident was anything but consensual.

"There were no components about what she was saying [that] I found shocking or alarming," Feldsher added. "I don't recall it being stressful."

During cross-examination, prosecutors trotted out a trove of text messages he had sent to Weinstein, with whom he has been friendly in recent years. Among the messages read by prosecutors — many of which referred to Weinstein's treatment of women — were the following lines:

"I am learning a lot now," Feldsher told prosecutor Joan Illuzzi at one point, "and I had no idea that my text messages would end up in a courtroom when I was texting him." 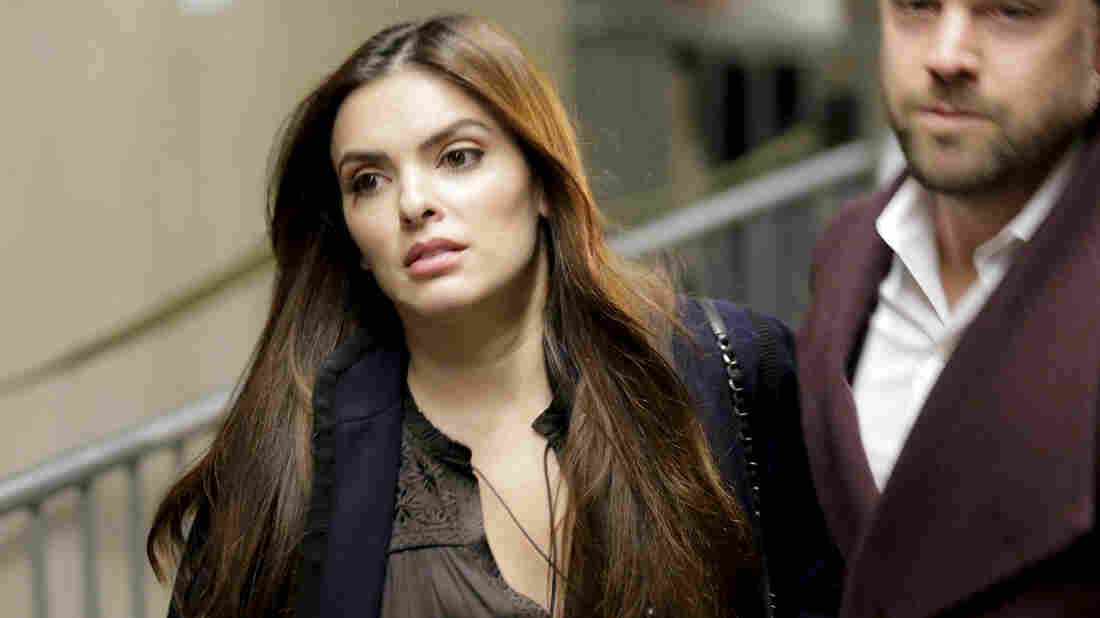 Harvey Weinstein's defense team called Talita Maia to the stand earlier this week, though the Brazilian actress said she was doing so reluctantly due to subpoena. Seth Wenig/AP hide caption 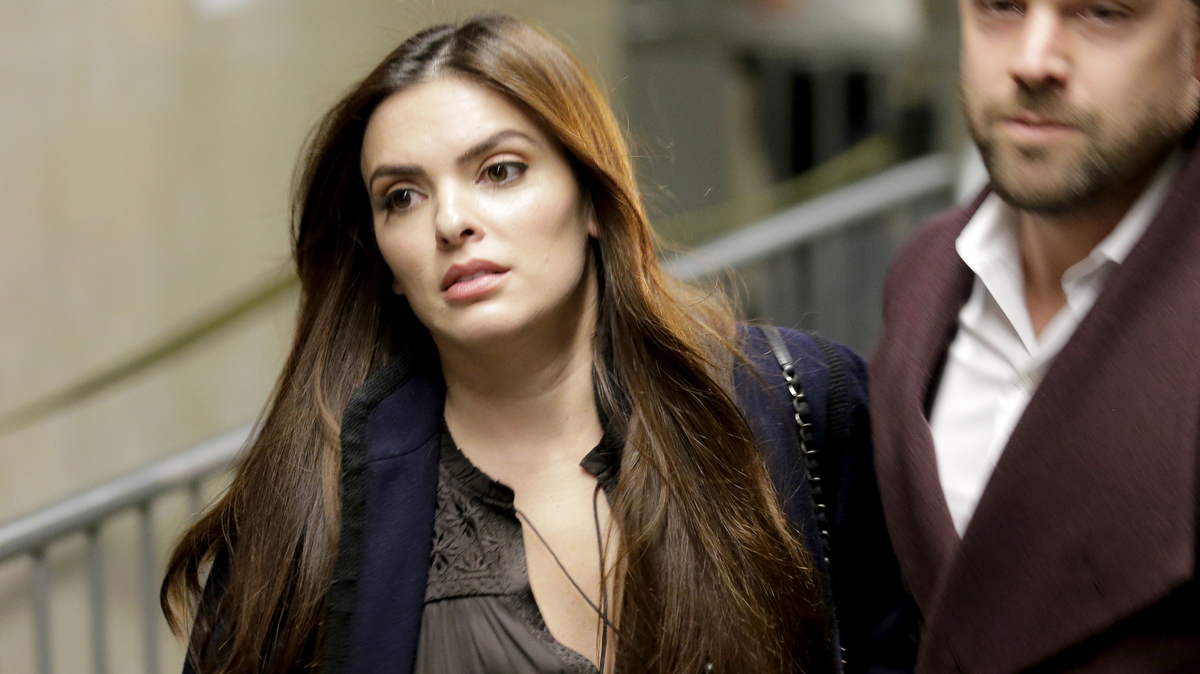 Harvey Weinstein's defense team called Talita Maia to the stand earlier this week, though the Brazilian actress said she was doing so reluctantly due to subpoena.

The Brazilian actress's name came up a lot during Jessica Mann's testimony for the prosecution. Maia was a friend and former roommate of Mann's, and was with her when they first met Weinstein at a party in Los Angeles around the beginning of 2013.

Weeks later, Maia was in a hotel suite along with Mann and Weinstein. She said she was watching TV while the other two were alone in an adjoining room. Mann testified that Weinstein forcibly performed oral sex on her.

But during their drive home, Mann "seemed OK," Maia said. "She seemed normal, like nothing out of the ordinary."

Maia said she also saw her friend with Weinstein right after an incident in which Mann said testified she was raped — but again Maia told the courtroom that she noticed nothing out of the ordinary.

"She seemed to really like him as a person," Maia said. "She would only compliment him."

Under cross-examination, she mentioned that she and Mann had had a falling out in 2016, though she added: "I don't hate her or anything like that."

"I don't dislike Jessica," she explained. "Jessica did things in my life that it impacted my life in a very negative — in a terrible, terrible way and I wish I didn't have to go through that." 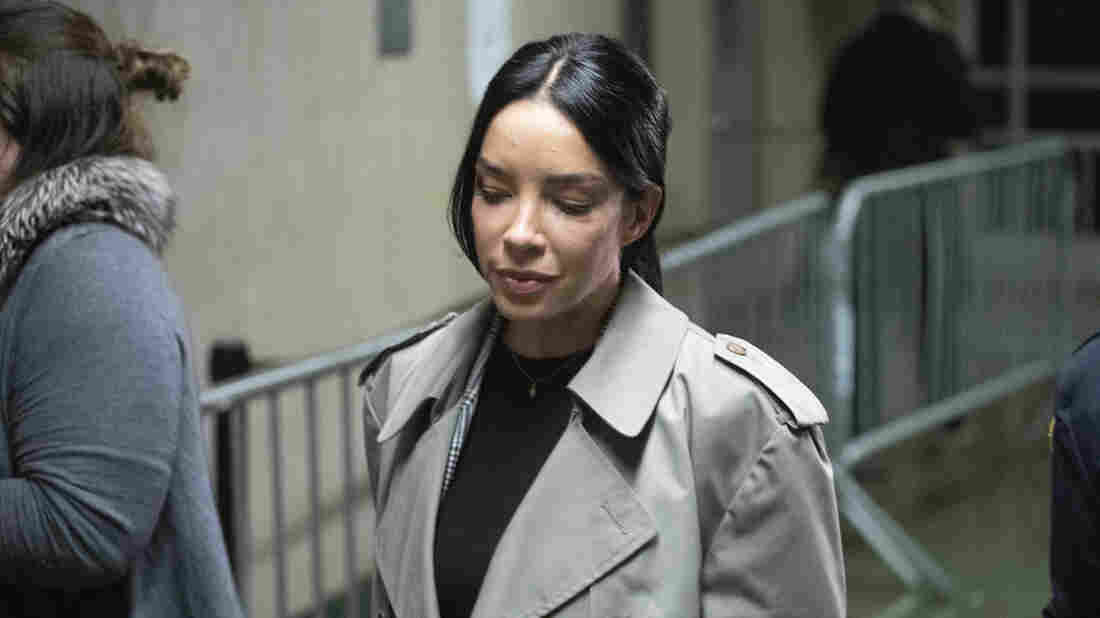 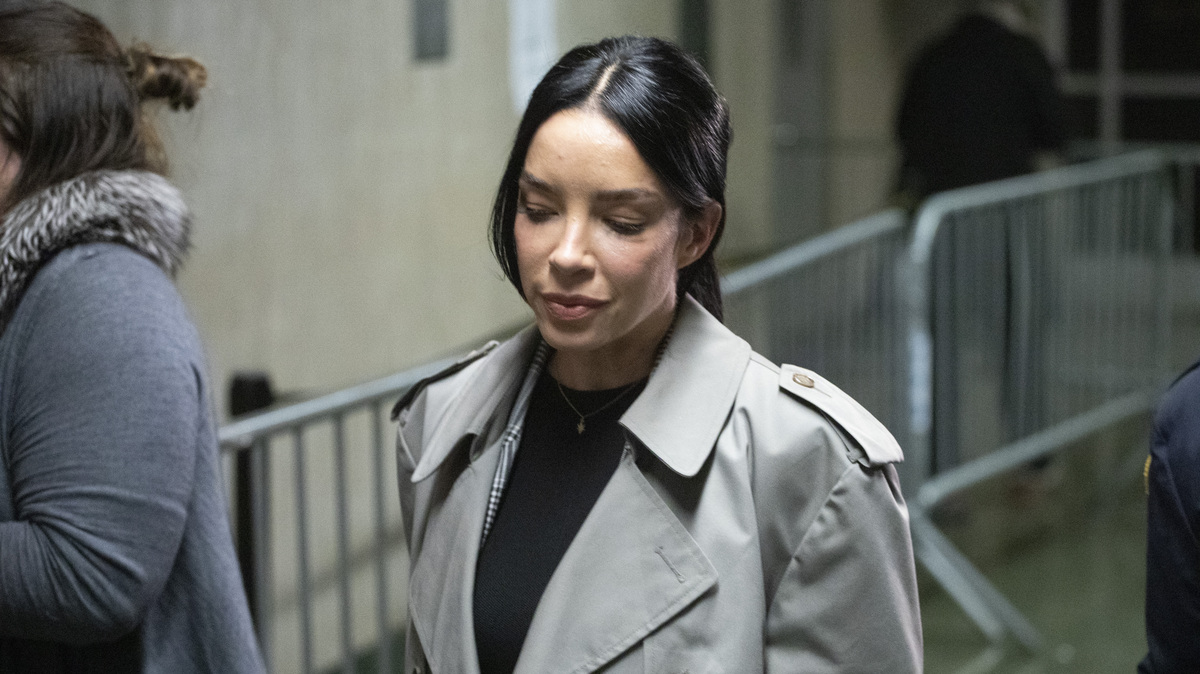 Of the witnesses called by the defense, the Mexican model offered perhaps the most forceful rebuttal of an account by a prosecution witness. Lauren Young, in testimony supporting the charges, said Weinstein had cornered and sexually assaulted her in an LA hotel bathroom seven years ago — while Salinas stood outside the closed door.

Salinas, who said she had met Young just once before, acknowledged that she met Young and Weinstein at the hotel that evening. But she flatly denied nearly every other detail of Young's story.

"If I had done that, I would remember that," Salinas added. "I would never do that. I never closed a door behind anybody, ever."

During cross-examination, prosecutors pointed out that Salinas' denials didn't mesh with what she told investigators before the trial. During those interviews, prosecutors said, "you told them you didn't remember anything about what happened when you met with Lauren Young and Harvey Weinstein in February of 2013."