Accessibility links
T-Mobile-Sprint Deal Gets Approval From Federal Judge The proposed merger "is not reasonably likely to substantially lessen competition" in the mobile wireless market, the judge said. The deal would unite the nation's third- and fourth-largest carriers. 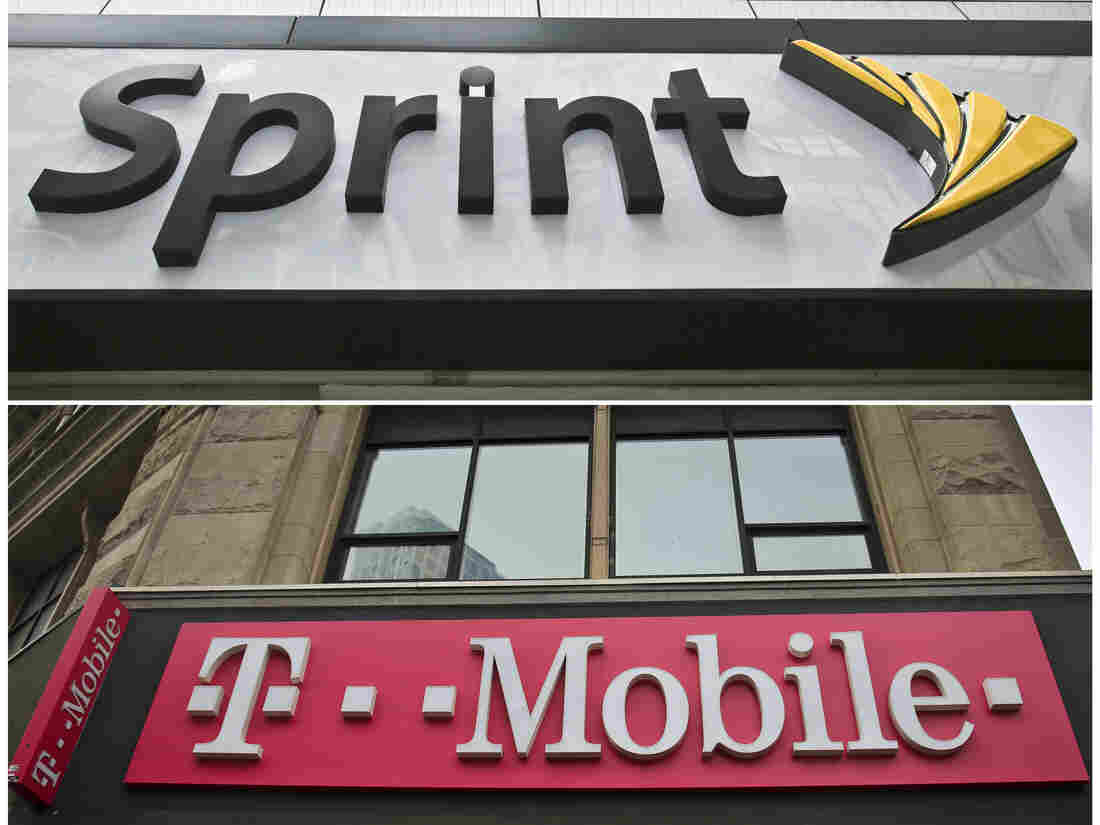 A federal judge ruled in favor of T-Mobile's takeover of Sprint in a merger that would combine the country's third- and fourth-largest wireless carriers. Bebeto Matthews/AP hide caption 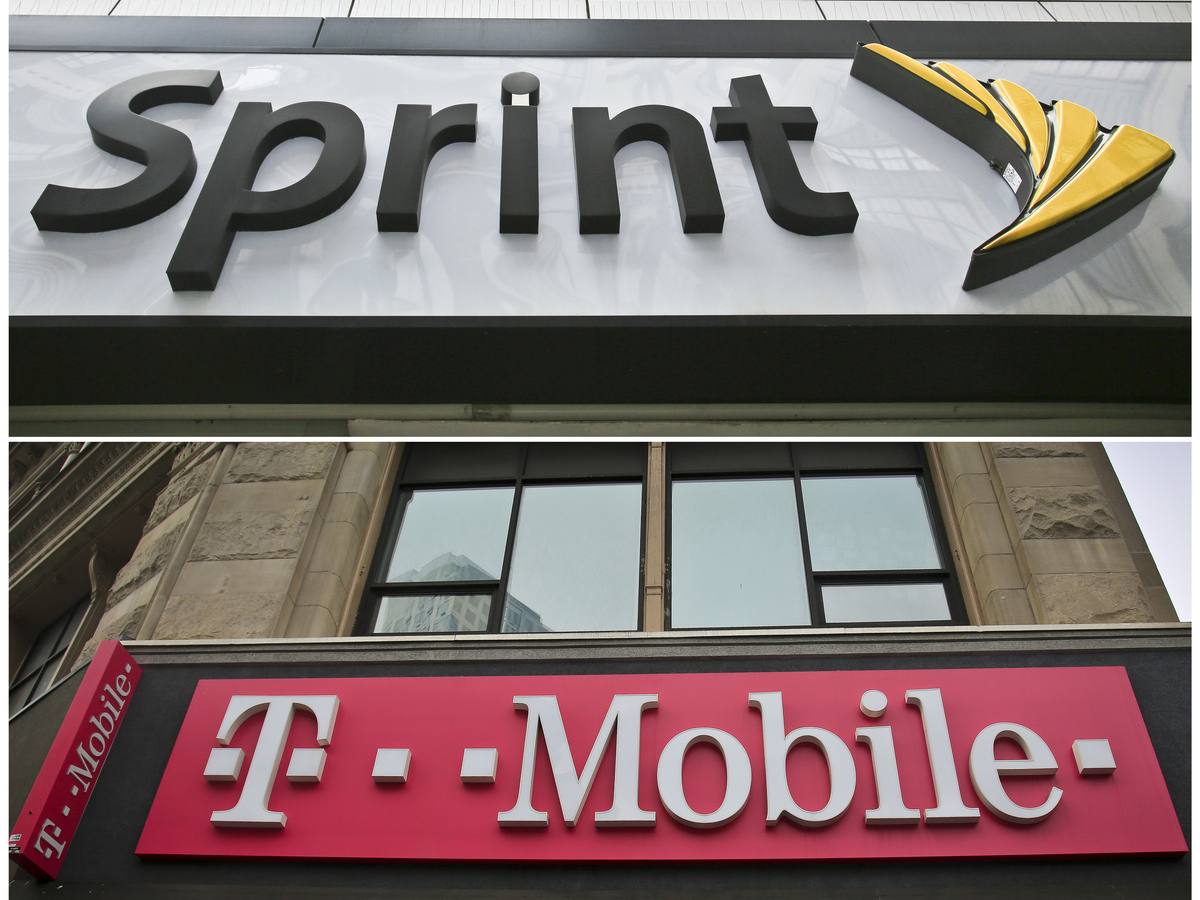 A federal judge ruled in favor of T-Mobile's takeover of Sprint in a merger that would combine the country's third- and fourth-largest wireless carriers.

T-Mobile is closer to taking over Sprint after a federal judge rejected arguments by several states that the merger would stifle competition and lead to higher prices for consumers.

The deal would combine the country's third- and fourth-largest wireless carriers. The new company, to be called T-Mobile, would still be the third-largest, after AT&T and Verizon.

U.S. District Court Judge Victor Marrero concluded that the proposed merger "is not reasonably likely to substantially lessen competition" in the wireless market.

In his ruling Tuesday, Marrero said he was persuaded not to presume anticompetitive effects, as T-Mobile "has redefined itself over the past decade as a maverick that has spurred the two largest players in its industry to make numerous pro-consumer changes." He said that Sprint, meanwhile, "is falling farther and farther short of the targets it must hit to remain relevant." Marrero was not convinced that Sprint is likely to survive as a major competitor.

The Justice Department has already approved the deal, which was valued at $26.5 billion when the merger was announced in 2018. The merger remains subject to closing conditions and the possibility of further court proceedings.

"From the start, this merger has been about massive corporate profits over all else, and despite the companies' false claims, this deal will endanger wireless subscribers where it hurts most: their wallets," James said in a statement. "There is no doubt that reducing the mobile market from four to three will be bad for consumers, bad for workers, and bad for innovation, which is why the states stepped up and led this lawsuit."

Part of the agreement is the combined company would help establish Dish Network as a fourth major wireless company. Sprint's prepaid customers would be moved to Dish, while most of Sprint's other customers would have plans through T-Mobile.

Sprint and T-Mobile cheered Marrero's ruling. The companies say the merger would allow them to build a nationwide 5G network more quickly.

"[N]ow we are FINALLY able to focus on the last steps to get this merger done!" T-Mobile CEO John Legere said in a statement. "We want to thank the Court for its thorough review of the facts we presented in our case. We've said it all along: the New T-Mobile will be a supercharged Un-carrier that is great for consumers and great for competition."

Shares of both Sprint and T-Mobile rose early Tuesday on news of the ruling.