Accessibility links
Virginia Cities May Get To Decide Whether To Remove Confederate Monuments State law has banned any modifications to the monuments. In 2016, Charlottesville sought to remove a Robert E. Lee statue, a decision that partly inspired the violent Unite the Right rally. 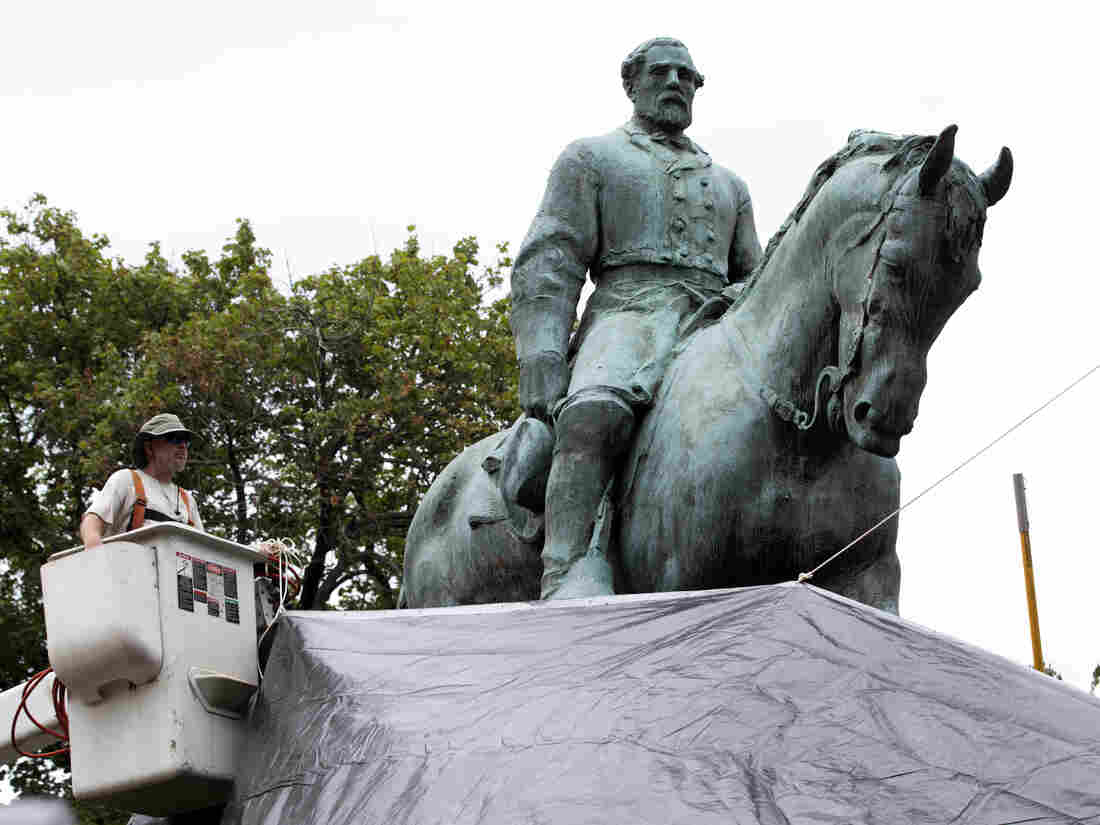 The Virginia House and Senate voted Tuesday to approve bills that would allow cities to decide if Confederate statues should be removed. Steve Helber/AP hide caption 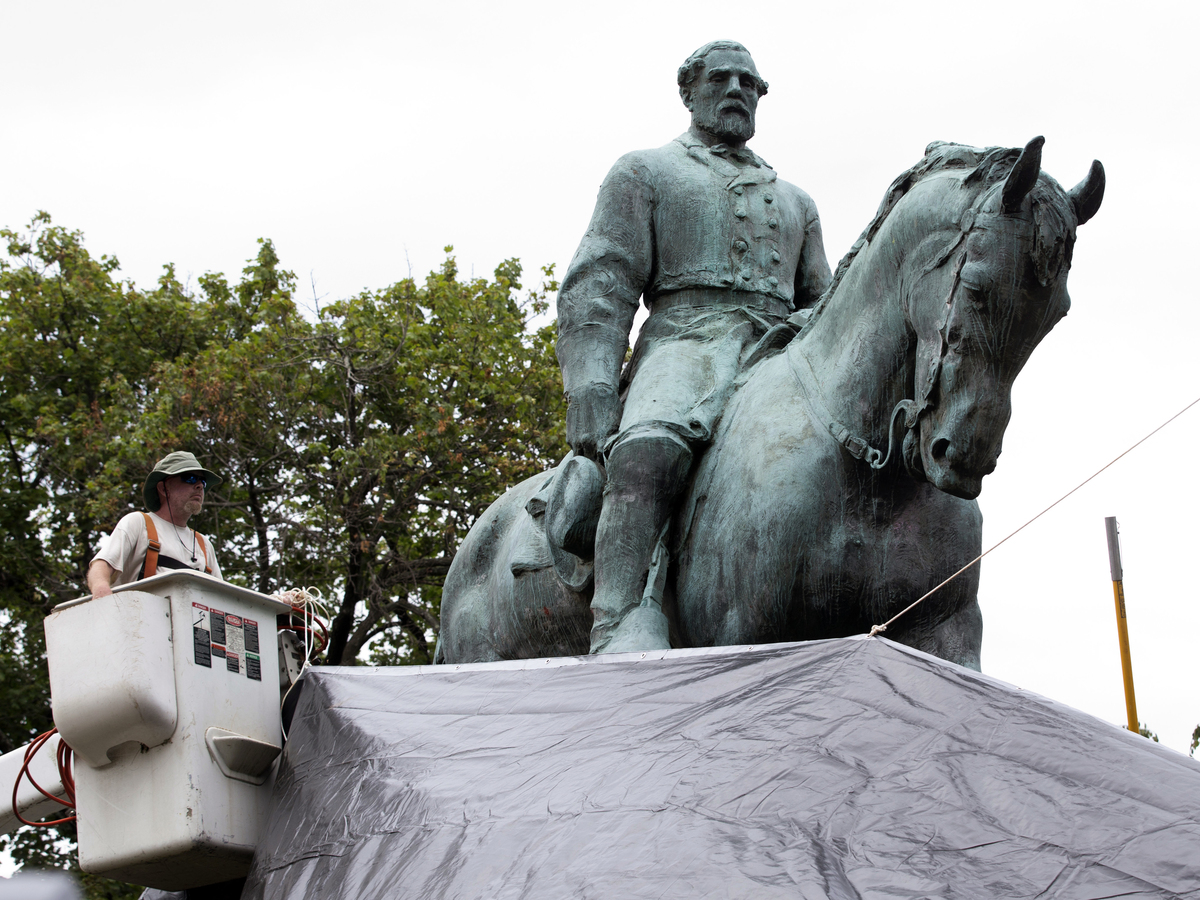 The Virginia House and Senate voted Tuesday to approve bills that would allow cities to decide if Confederate statues should be removed.

Localities in Virginia are closer to having the power to remove some 220 Confederate statues and monuments in public spaces.

Democrats, who took control of the House and Senate in November, passed two similar bills on near party-line votes on Tuesday. The bills generally allow cities to "remove, relocate, contextualize, cover or alter" monuments in public spaces.

The House version says localities must offer the monument to museums, historical societies, governments or military battlefields for 30 days before removal.

The Senate version does the same, but also has stricter provisions: a historic review, a public comment period and a requirement that the locality's governing body must have at least a two-thirds vote to authorize the change.

The differences between the two will still need to be worked out.

But Democratic Gov. Ralph Northam, said earlier this year that he supports the idea. He says the monuments "tell a particular version of history that doesn't include everyone" and "that version of history has been given prominence and authority for far too long."

State law has banned any modifications to the monuments. But cities including Charlottesville, Alexandria, Portsmouth and Norfolk have all indicated they want to remove statues, according to The Associated Press.

Jay Jones, a black Democratic delegate from Norfolk, said in a speech Monday that his district overwhelmingly wants a "Johnny Reb" statue removed from a downtown square.

"Every time I drive past it — which is every day to get to my law office — my heart breaks a little bit," he said.

Republican lawmakers have rejected calls to allow the controversial statues to come down. They say that erases history and the fervor could spread to other controversial conflicts, like the Vietnam War.

On the House floor Tuesday, Democratic Del. Sally Hudson of Charlottesville said her city has been accused of erasing history.

"We're trying to finally tell it," she said, noting that the Robert E. Lee statue was dedicated in 1924, amid Jim Crow sentiment. "It honors no battle or moment that took place where we live.

"(It sent) a clear message to our black residents who had the audacity to organize for equality," Hudson said.

"I do not believe this will end well," said Republican Del. Charles Poindexter.

Poindexter, of Franklin County, Va., said it should come to a vote of the people in the city, not the representative bodies.

The Charlottesville statue was at the center of a violent 2017 white supremacist rally, protesting the city's attempt to remove it from a downtown park.

The event descended into chaos and a white supremacist plowed his car into a crowd, killing a woman and injuring dozens more.

Charlottesville has been fighting the removal in court. A judge prevented the city from even covering the Lee statue with tarps during the litigation.

Charlottesville city spokesman Brian Wheeler told the AP in an email, that Charlottesville will start the process for removal if Northam signs the bill.