Accessibility links
Deval Patrick Drops Out Of 2020 Race He jumped into the Democratic presidential primary months after most of his competitors did and never gained traction in polls. 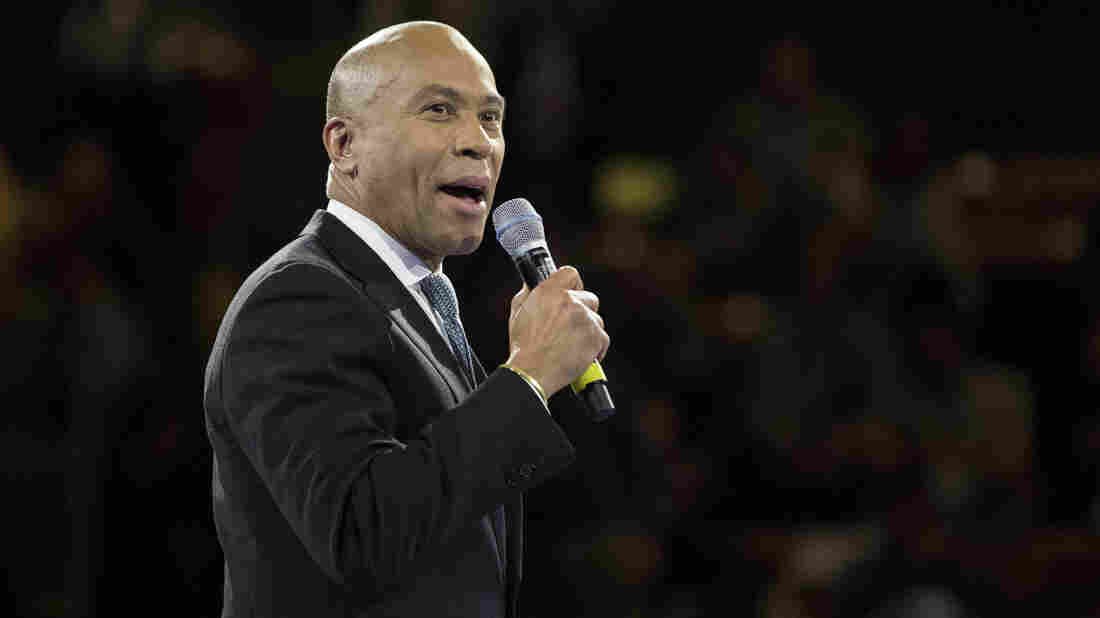 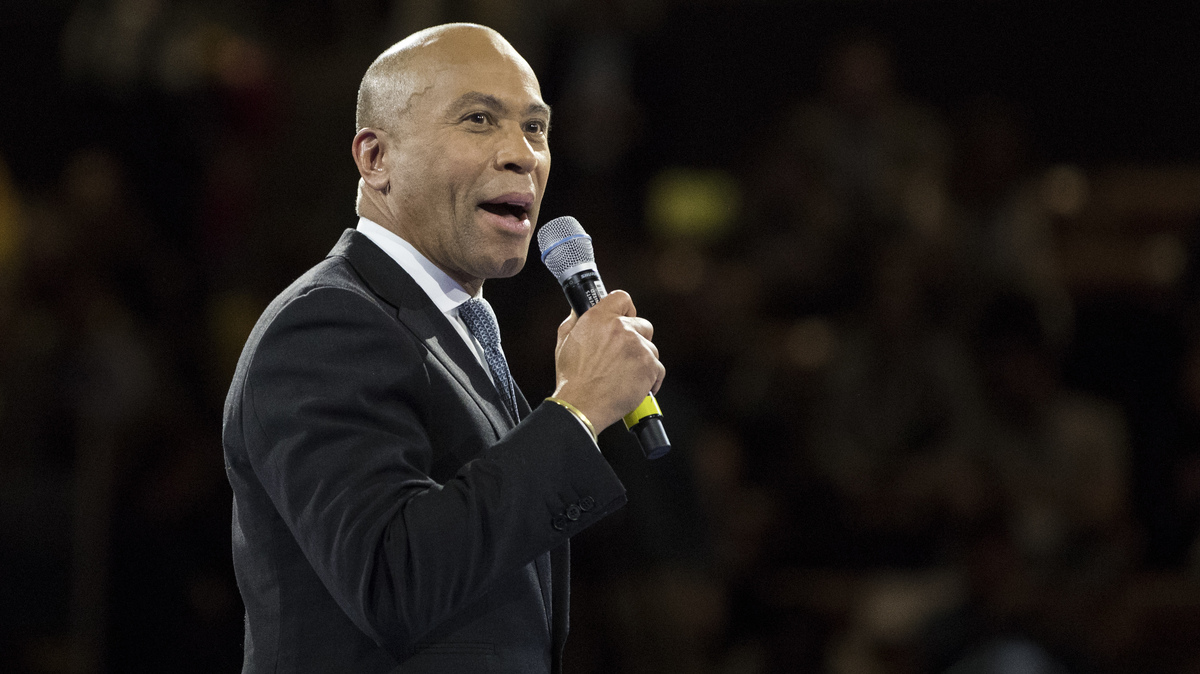 Deval Patrick, a former Massachusetts governor who jumped into the Democratic presidential primary months after most of his competitors did, has now ended that bid.

Patrick announced his decision on Wednesday, a day after the New Hampshire primary.

"[T]he vote in New Hampshire last night was not enough for us to create the practical wind at the campaign's back to go on to the next round of voting. So I have decided to suspend the campaign, effective immediately," he said in a statement.

6 Takeaways From The New Hampshire Primary

The 63-year-old joined the Democratic field in November 2019, reversing an earlier decision. In December 2018, Patrick had opted against a run, citing "the cruelty of our elections process" and his wife's diagnosis of uterine cancer. (He said his wife was cancer-free when he made his bid official.)

Patrick's entrance into the crowded primary field seemed to indicate unease among Democrats with the large group of candidates, and Patrick, a gifted campaigner who is close to former President Barack Obama, cast himself as a leader who could unify the party and bring opposing coalitions together.

He also leaned into his inspiring life story, rising from his youth in Chicago to become one of only two African American men elected governor.

But Patrick, who admitted his late-entry campaign was a "Hail Mary from two stadiums over," began his campaign with comparably low name recognition and never gained traction in polls. He earned less than 1% of the vote in the New Hampshire primary, despite leading next-door Massachusetts for two terms as governor and receiving a boost on the airwaves from a pro-Patrick superPAC.

Patrick had also sought to compete in South Carolina, where African American voters make up a majority of the Democratic electorate.

Patrick's departure from the race leaves eight candidates still running for the party's presidential nomination. Hawaii Rep. Tulsi Gabbard is the only one who is not white.

Positioning himself closer to the center-left among the Democratic presidential candidates, Patrick outlined a series of broad policy agendas, including a "democracy agenda" and an "opportunity agenda" that sought universal prekindergarten among other measures. He also favored a "public option" expansion of Medicare.

"Patriotism demands, now more than ever, that we reject false choices," Patrick said in his statement Wednesday. "Despite our righteous anger, Democrats don't have to hate Republicans to be good Democrats. We don't have to hate business to fight for social justice or to hate police to believe black lives matter. In that same spirit, we don't have to hate moderation to be a good progressive. I say that because, unlike most other candidates, I have actually delivered progressive results using a moderate approach."

Prior to his terms as Massachusetts governor, Patrick led the Civil Rights Division of the U.S. Department of Justice during President Bill Clinton's administration and then was general counsel at oil company Texaco and Coca-Cola and a member of the board of directors at the parent company of mortgage lender Ameriquest.

In a previous version of this story, we said Deval Patrick was one of two African American men to become governor of a state. Patrick is one of two who were elected to the position; two others were elevated from lieutenant governorships.