Accessibility links
After Iowa Debacle, Left's Tech Experts Say Dems Need A Strategic Shakeup The failure of this year's Iowa caucuses was years in the making, some technology specialists argue, in part because of the haphazard way political users buy software.

After Iowa Debacle, Tech Experts Who Aid Progressives Call For A Strategic Shake-Up

After Iowa Debacle, Tech Experts Who Aid Progressives Call For A Strategic Shake-Up 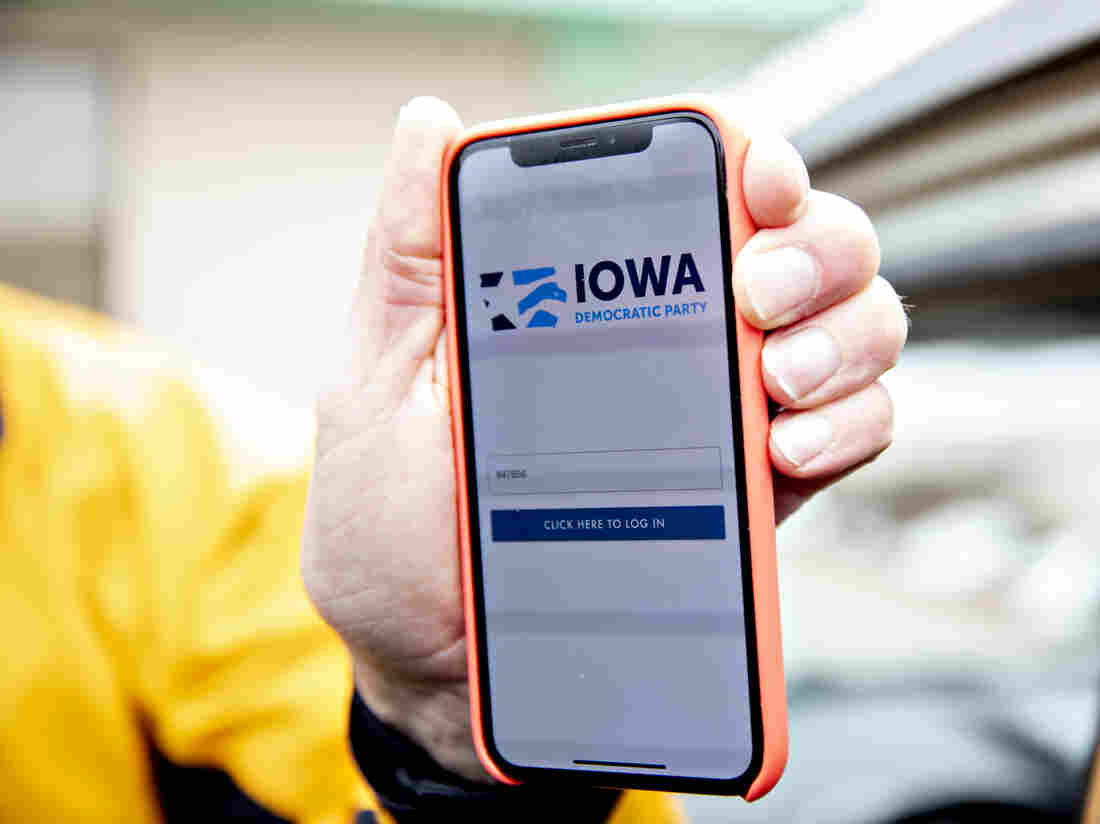 After the messy reporting of the Iowa caucus results, some who build tech for progressive causes say the approach to software development in this space needs rethinking. Daniel Acke/Bloomberg via Getty Images hide caption 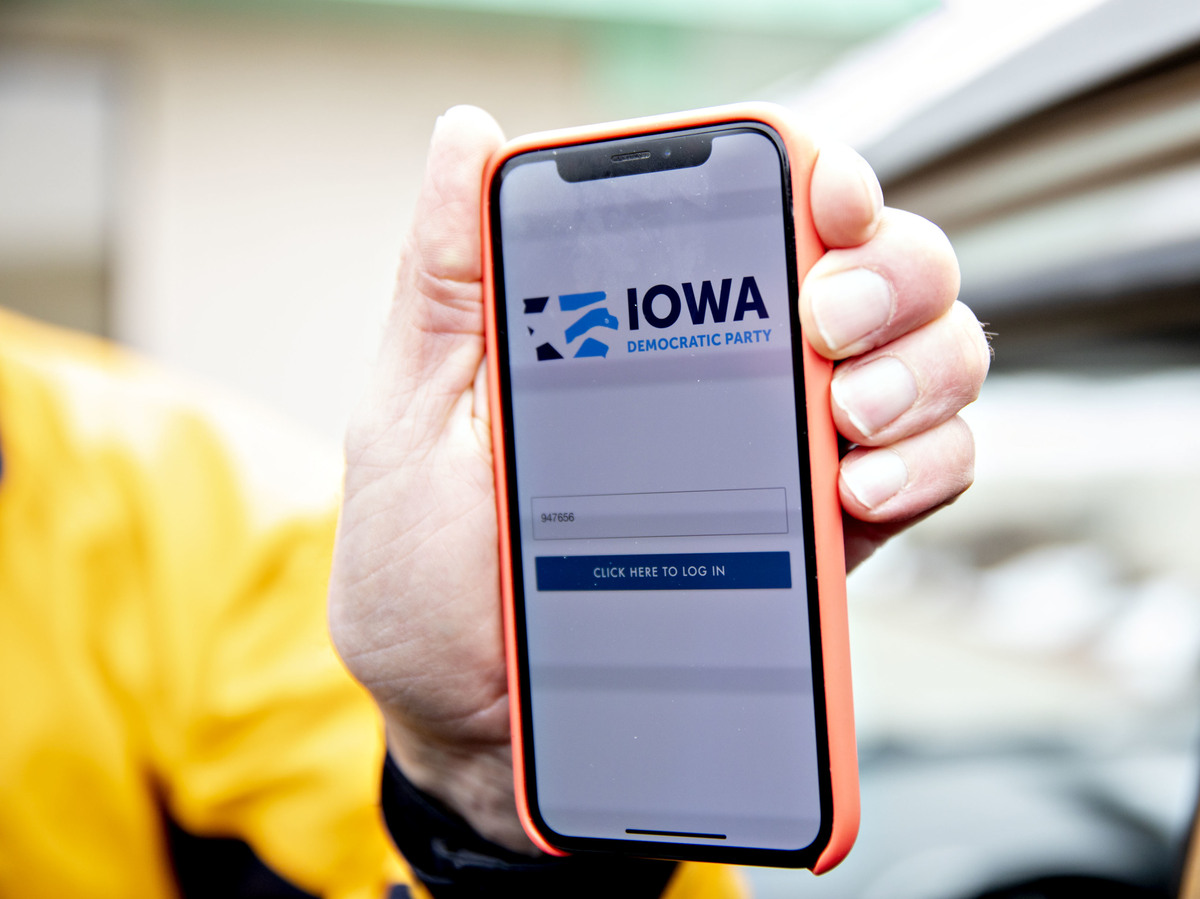 After the messy reporting of the Iowa caucus results, some who build tech for progressive causes say the approach to software development in this space needs rethinking.

Democrats could avoid another tech meltdown like the one that afflicted the Iowa caucuses with a better strategy for building the tools they need, progressive technology specialists say.

The origins of the Iowa debacle are in a boom-and-bust cycle that places technology in competition with other priorities as time-crunched campaigns grapple with how best to spend as they hurtle toward an election.

"The easy way to spend money, that's reliable, is on advertising," says Evan Henshaw-Plath, a technologist who has built applications for progressive causes and was an early employee at Twitter. "Spending money on technology is riskier and may or may not pay off."

When campaigns commence, they hire staff, open offices, buy ads. When the campaign ends, the contracts end and the offices close. Code that is written is often abandoned and forgotten.

"We're rebuilding everything from scratch each cycle for everything that isn't finance and compliance," Henshaw-Plath says.

After the Iowa caucus, the spotlight swung to Shadow, the small tech company that built the glitchy application that precinct chairs were supposed to use to report results.

Shadow's primary business is operating two applications for the progressive movement: a messaging product and a data integration tool.

The caucus app's lackluster performance brought scrutiny of the connections between Shadow, its main investor Acronym, and various figures and campaigns in the Democratic Party.

GRAPHICS: How Iowa's Vote Totals Shifted From The 1st Alignment To The 2nd

Such connections are no surprise in this corner of the tech world: It's common practice for Democratic candidates and Democrat-aligned causes to use political tools and technologies developed specifically for the left.

There are essentially separate, parallel universes of tech vendors that develop tools for either Democrats or Republicans — but not both.

"It is a pretty deeply held value within the progressive community that you want to put your money where your values are," says Brady Kriss, the founder and executive director of Ragtag, a company that corrals tech workers who want to volunteer their skills to help progressive causes.

"It's not just about political competition. You don't want your money in any way, directly or indirectly, to go towards supporting issues or candidates that you find morally problematic."

Some tech experts have said that using popular mainstream applications like Google Forms might have been a better choice for Iowa, rather than relying on a custom-designed app built on a small budget under time pressure.

Commentary: Imagining A Farewell To The Iowa Caucuses

Using products already in wide commercial use has another benefit: They're likely to be supported and maintained.

"If you're building on top of that, you don't have to worry about that infrastructure," Kriss says. "That really helps with the cyclical nature of campaigns and campaign tech. Because it's very, very hard to keep a small application like a phone app or a large database base application updated when every other year, no one cares."

Building beyond the campaign cycle

Advocates and entrepreneurs have tried to target the boom-bust dynamic.

Higher Ground Labs — a venture capital firm with the mission of supporting progressive tech companies "for experimentation and iteration that's no longer dependent on election dates" — was an investor in the company went on to become Shadow.

Still No Official Winner Yet In The Iowa Democratic Caucuses

One particular challenge she has noticed: A lot of the money for tech arrives in September, just two months before a November election.

"That's often not enough time to really take advantage of the surge of funding in software teams," she says.

What more money often buys is more staff — but adding engineers to a tech project only a few months before launch actually can hinder the team's speed and efficiency, Lewis says.

Recurring donations can smooth out spiky funding. But when it comes to structural change, Lewis has one big request: open-source software, frameworks and collaboration spaces.

Open-source software means anyone can access and build on the code. The most common place for developers to share their code and collaborate is the online platform GitHub.

The Secrecy Around The Iowa Caucus App, And What It Means For Election Security

If political tech developers did make more software open source, Lewis says they might be able to break free from election-driven peaks and valleys — and sustain applications long enough to make them relevant for more than one campaign cycle.

"Not all projects will be successful and not all projects will live forever. There's a constant evolution in the frameworks and tools that we use to build any kind of software," she says. "But I think investing in open source early is a way to let the best software rise to the top and live past that campaign horizon."