Accessibility links
Westminster Dog Show Honors Siba, The First Standard Poodle To Win In 29 Years It was the first win in nearly three decades for a standard poodle at the Westminster Kennel Club Dog Show — though plenty of fans hoped Daniel would break the long drought for golden retrievers. 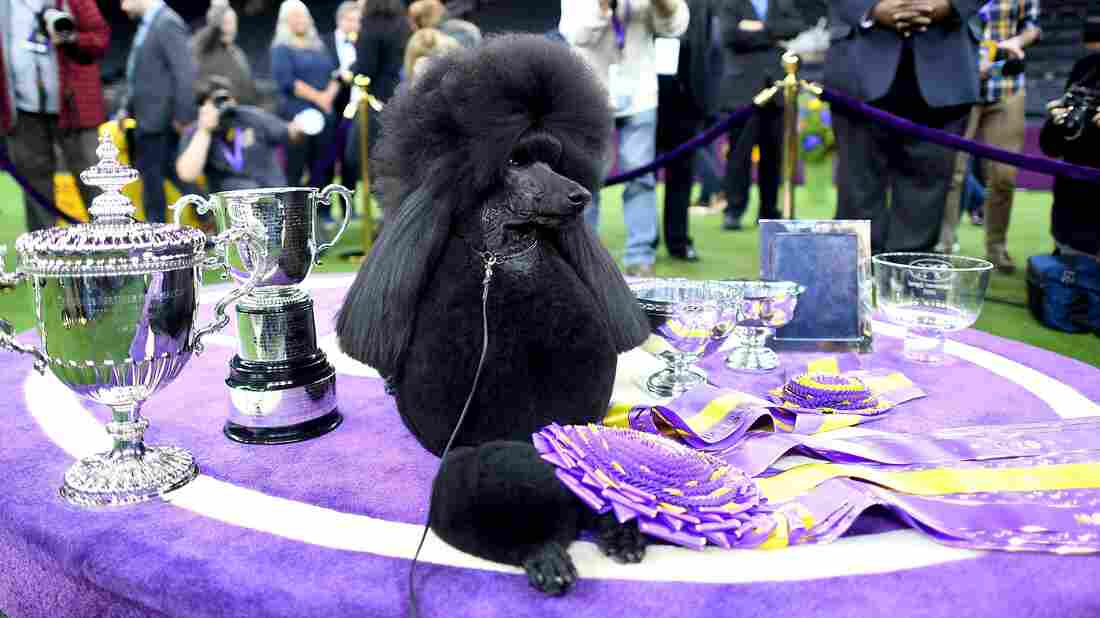 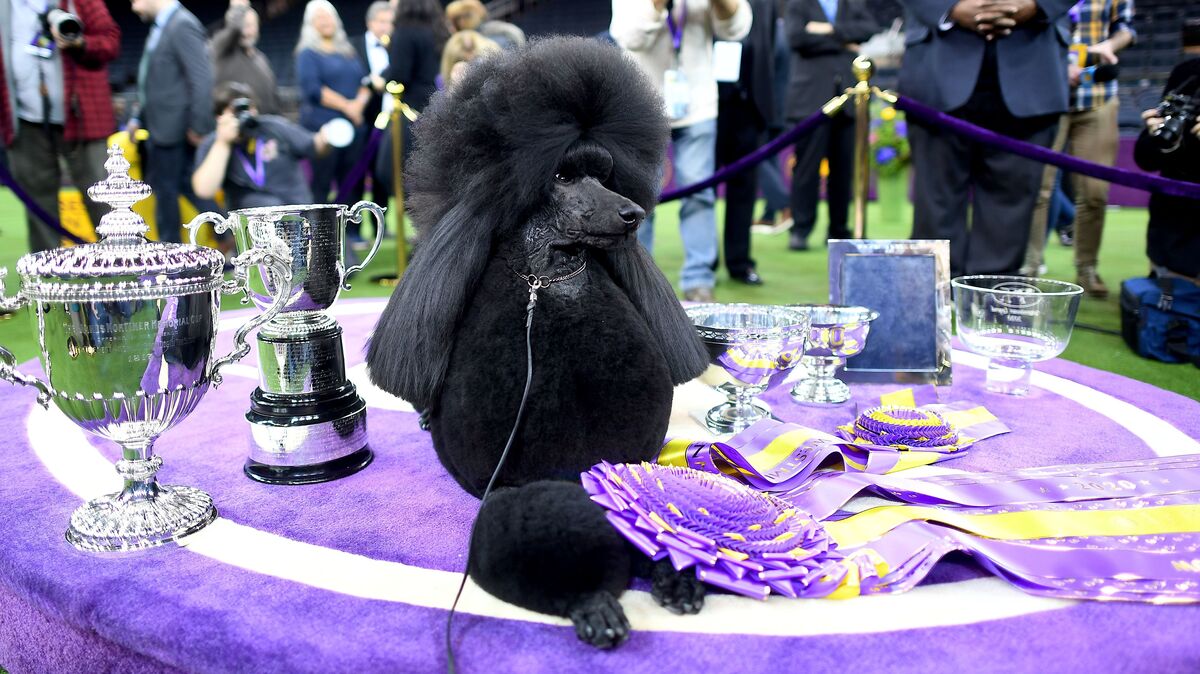 Siba accepts her trophy as the Westminster Kennel Club's Best in Show on Tuesday night.

For the first time in nearly three decades, a standard poodle has earned the right to adorn her leash with Westminster laurels. Siba, with her elegant sable locks, walked away with Best in Show at the Westminster Kennel Club Dog Show on Tuesday night.

To manage the feat, Siba, owned and bred by Connie S. Unger, had to outlast some 2,500 competitors representing 204 breeds across three days.

Her triumph makes her the fifth standard poodle ever to win the top prize at the 144-year-old competition and the first of her breed to do so since a powerhouse pup by the name of Whisperwind's On A Carousel did it in 1991.

The last winning poodle of any kind was the miniature Surrey Spice Girl in 2002.

Judges decide which is "best" by comparing the dog against its own breed and the group's ideal standards. "Dogs were originally bred to do specific jobs, whether hunting, guarding, tracking, or companionship," the Westminster Kennel Club explains. "The standard describes how a dog should look in order to carry out its job."

In Siba's case, though, determining just what that job and look should be can be a particularly difficult task for judges, as she hails from the nonsporting group — a potpourri of breeds that includes everything from chow chows and American Eskimo dogs, to bulldogs and lhasa apsos.

"Talk about differences in size, coat, and visage!" the American Kennel Club observes. 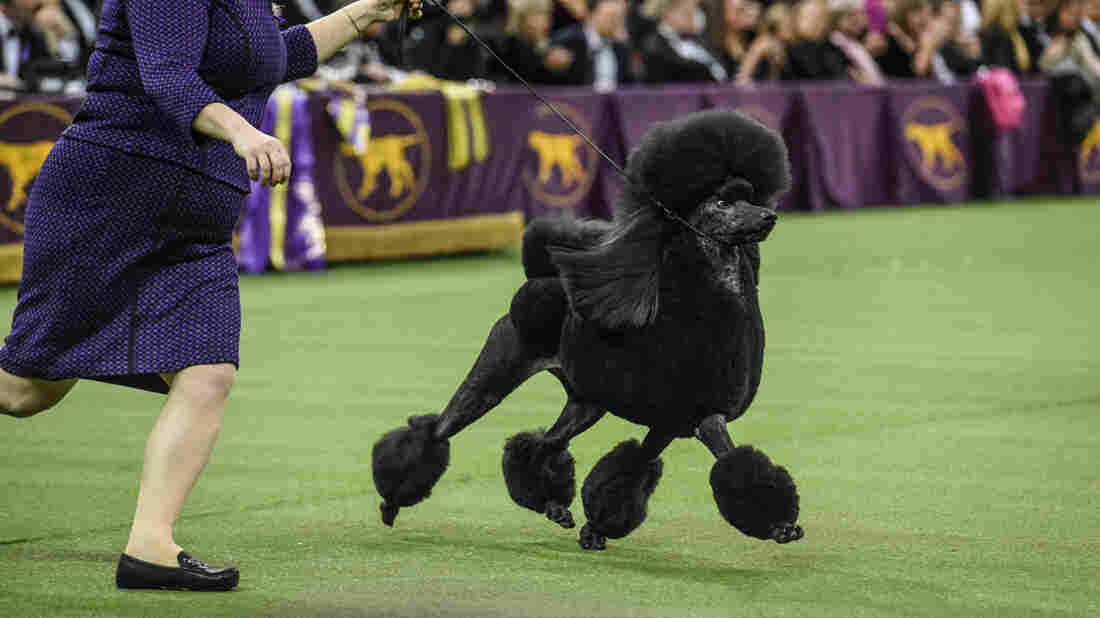 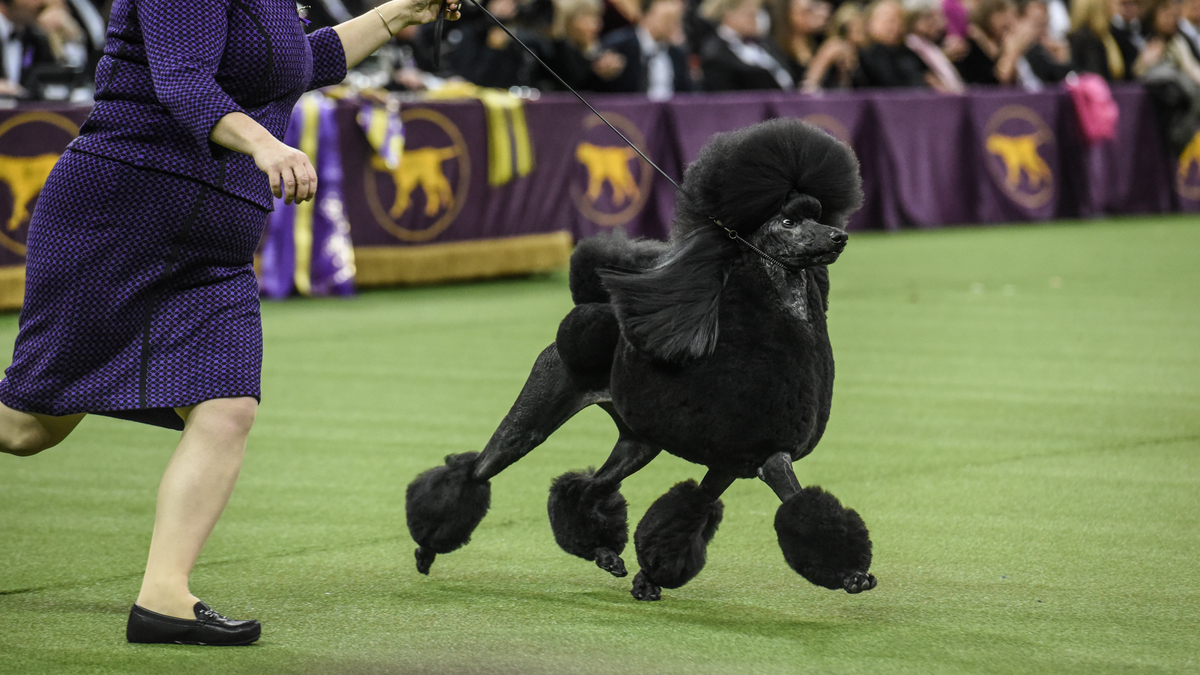 Siba is America's top dog after taking the Best in Show award Tuesday at the Westminster Kennel Club dog show in New York.

The win didn't come easy for Siba. She had some rough competition, so to speak, in the final round — plenty of good girls and boys that had already earned the title "best" by winning their respective groups.

Oh, and there was also Daniel, the fan favorite golden retriever who snagged top honors in the sporting group.

Here are the 7 finalists!

It bears mentioning that not once in nearly a century and a half of competition has a golden retriever won best in show at Westminster. And plenty of folks, both on hand at Madison Square Garden and watching at home, wanted to see Daniel become the first.

The groundswell of support and disappointment even spawned a hashtag: #DanielWasRobbed. Sorry, Daniel: It appears the breed's coming-out party remains on pause.