Accessibility links
Coronavirus Casts A Pall Over Cruise Industry At Height Of Booking Season Tales of life on a ship quarantined in Japan amid a coronavirus outbreak are hurting bookings for the growing cruise line industry. But the industry has shaken off worse crises, an analyst says.

Listen · 3:29 3:29
Coronavirus Casts A Pall Over Cruise Industry At Height Of Booking Season 3:29 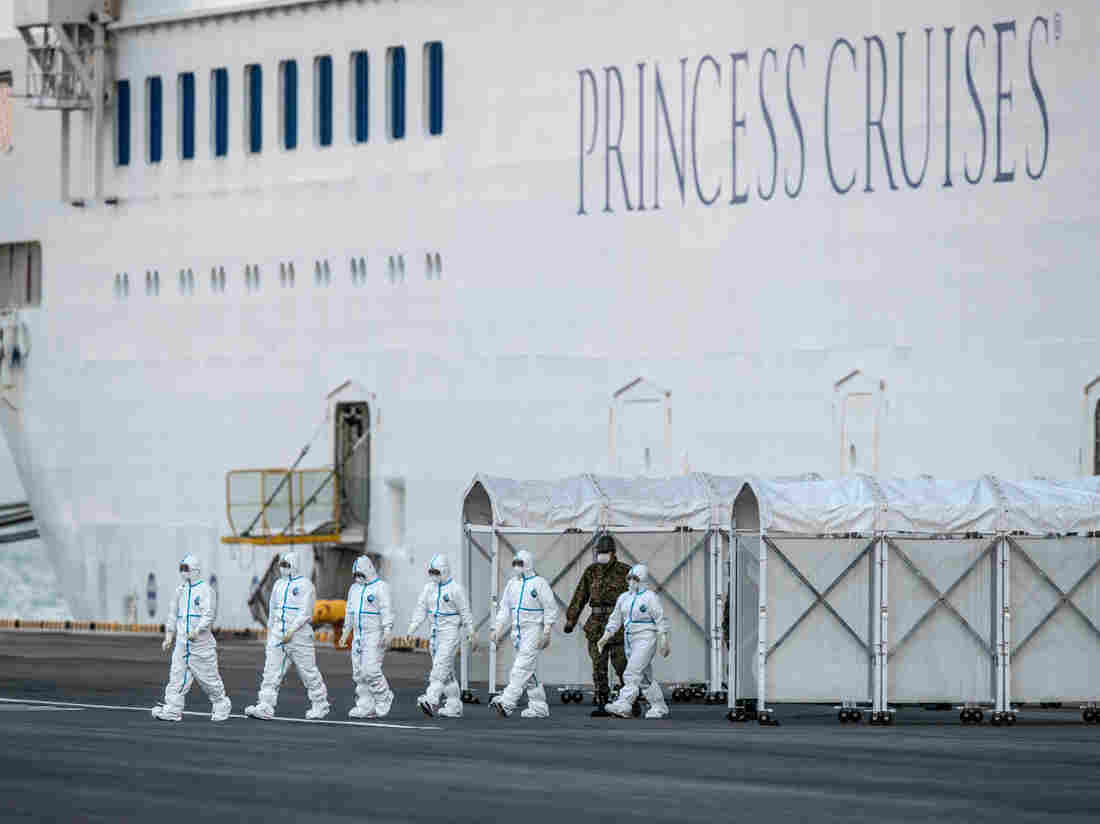 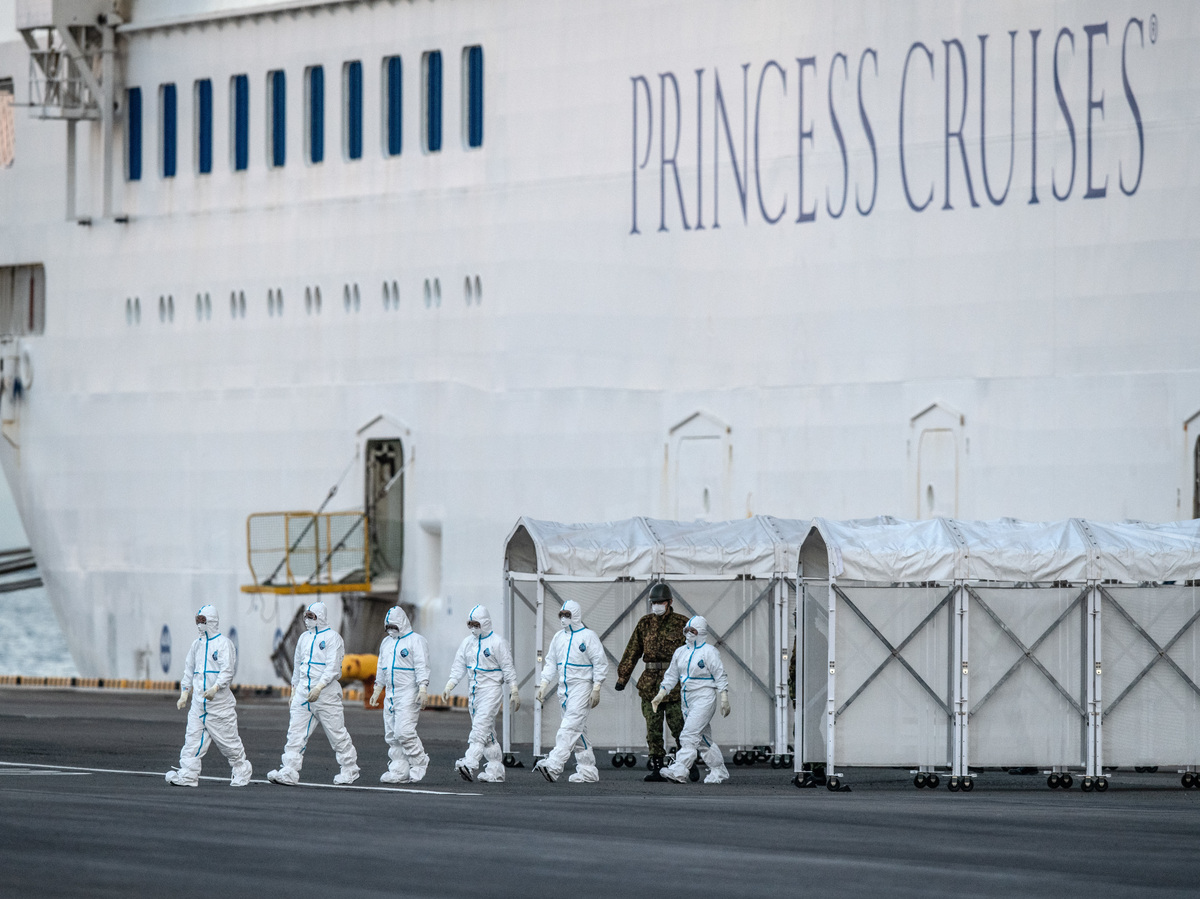 Emergency workers in protective clothing exit the quarantined Diamond Princess cruise ship where it was being resupplied Monday off Yokohama, Japan.

The Diamond Princess cruise ship has become a symbol of a global health nightmare. To date, 175 cases of the coronavirus — the infectious disease the World Health Organization is now calling COVID-19 — have been confirmed aboard the ship.

David Abel is one of the remaining 3,600 people on board, quarantined in waters off the coast of Japan until at least Feb. 19. He's been documenting life in quarantine: Medical staff doing checkups through the night, small boats ferrying supplies of food and medicine.

Abel told Britain's Channel 4 News: "24/7, we are not allowed to open the door until there is a knock on the door and they bring the food to us. Other than that, we are like prisoners."

Keeping the spread of the virus contained in those close quarters is not only a big medical and logistical challenge, it could also take a big bite out of the cruise line business this year.

195 Americans Are Released From Coronavirus Quarantine At California Air Base

About 10 days ago, he says, reservations started to plummet, starting with flight bookings in Asia. "We've seen about a 40% drop" in cruise bookings, Luthra says.

Luthra himself is scheduled to embark on a cruise out of Sydney in about a week. Originally, he was supposed to fly through Hong Kong, but he rerouted to avoid that virus hot zone. He says he still loves cruising, but can't imagine spending weeks holed up with his two kids.

"I wouldn't know how to explain it to my 6 year old or my 8 year old why they can't leave that room," he says.

China makes up a small, but growing segment of the $45 billion cruise industry, says Emily Flippen, a senior analyst with The Motley Fool. "This is a major setback," she says.

Meanwhile, another cruise liner, Holland America's MS Westerdam, has been drifting around Asia, having been denied entry at five different ports, despite the fact it has no confirmed cases of the virus. The ship is now sailing for Cambodia, where the cruise will end Thursday, Holland America said Wednesday.

But the outbreak is not a widespread problem that will affect the industry long term, says Brian Salerno, senior vice president of maritime policy of the Cruise Line Industry Association.

He says the industry was quick to take precautions, from screening anyone who's sick, or denying entry to anyone who recently traveled to China, or who was in contact with someone there.

Plus, he argues, the ships themselves are safe because medical care is on board. "When you take a cruise at a cruise ship, you're traveling with your hospital in a sense," he says.

The cruise industry has shaken off worse crises, says Gene Sloan, a writer for The Points Guy, a travel website.

Remember the dramatic sinking of the Costa Concordia that killed 32 people? "At the time, there was a lot of speculation this is gonna kill the cruise business," he says.

Every year brings a new challenge: norovirus, Zika, hurricanes, or loss of power. Sloan says the cruise industry has grown through them all. So this virus, too, shall pass.