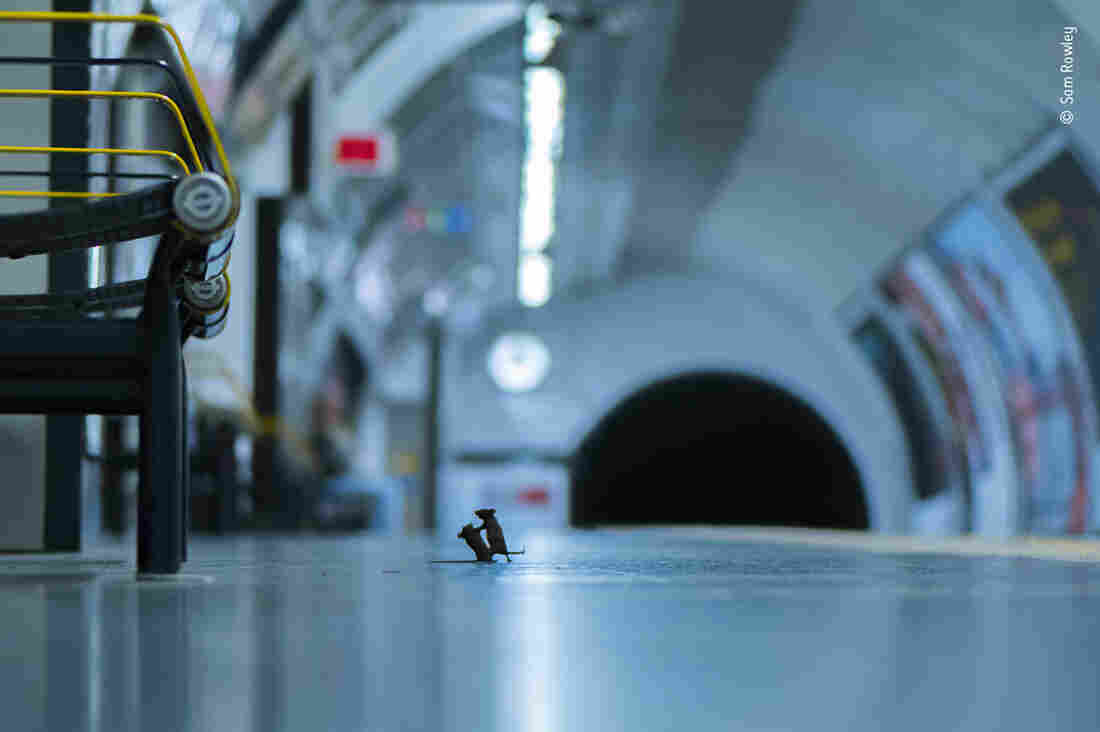 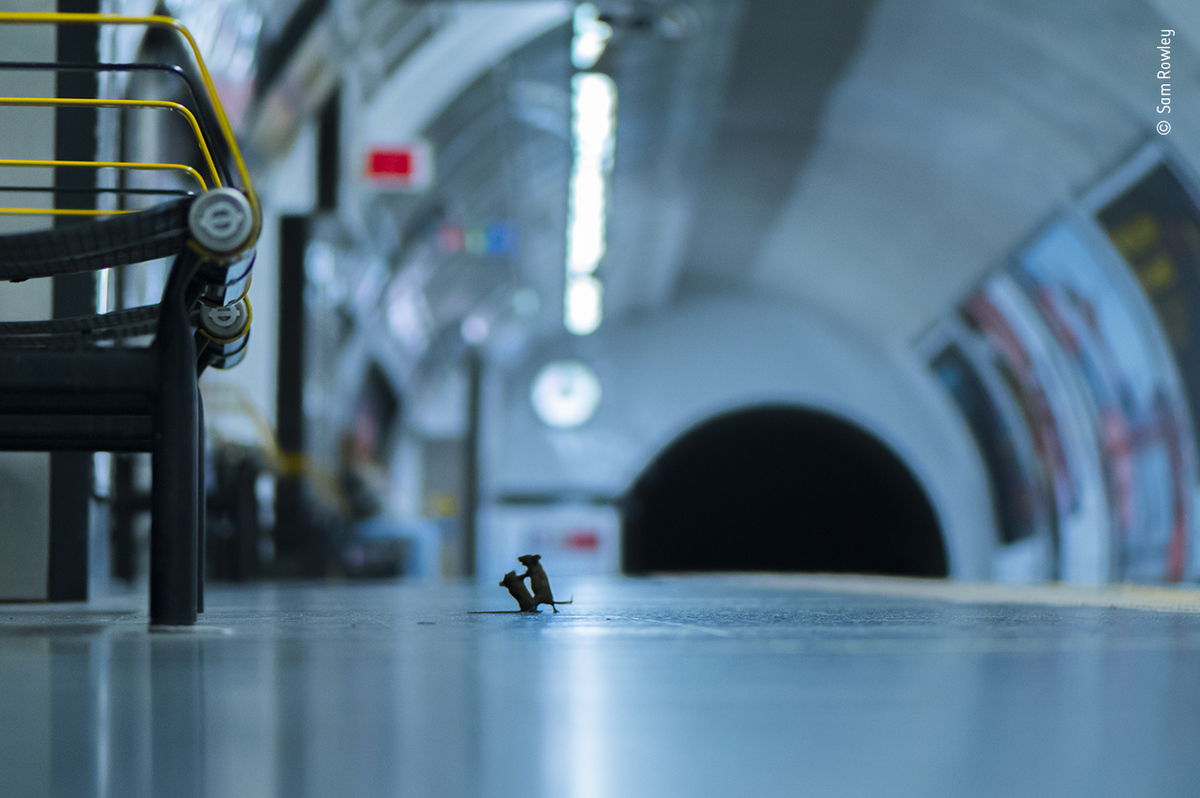 Sam Rowley/Wildlife Photographer of the Year

When you think of wildlife photography, do you see mice brawling on a dirty London Underground platform?

That's the moment that won photographer Sam Rowley the LUMIX People's Choice Award for wildlife photography. Wildlife Photographer of the Year is developed and produced by London's Natural History Museum. Winners were announced on Wednesday.

"The reactions that I've got from so many people have been 'I never knew that they were so cheeky and so silly down on the tube,' " he tells NPR.

The fight lasted only a second before one of the mice grabbed a crumb and they scampered away from each other.

To get the shot, Rowley spent nearly a week down in the London Underground tunnels – much of the time lying flat on his belly to get the right perspective. While on the busy platform, he says he encountered many late-night revelers.

"Just after I took this photo, I was laying down on the platform and the next thing I knew there was this drunk, sweaty guy lying on top of me. And I thought 'What are you doing?' and he was like 'Are you OK? Are you OK?' and I was like 'Yeah, I'm completely fine. I'm obviously just taking photos of the mice, you know, as you do.' And he's like 'Ah, sorry mate, I thought you'd had a heart attack,' " Rowley says.

Rowley was one of 48,000 entries from both professional and amateur photographers across 100 countries. For winning the competition, Rowley – a professional photographer — gets £10,000 — about $13,000. The photo is part of a museum exhibition on display through the end of May.

Nina Kravinsky, Phil Harrell and HJ Mai produced and edited this story for broadcast. Heidi Glenn adapted it for the Web.