Accessibility links
GAO Finds 2020 Census Bureau Faces IT, Cybersecurity And Recruiting Challenges Weeks before the census is fully underway, the Government Accountability Office finds the Census Bureau is behind on recruiting workers and resolving risks with the first primarily online U.S. count. 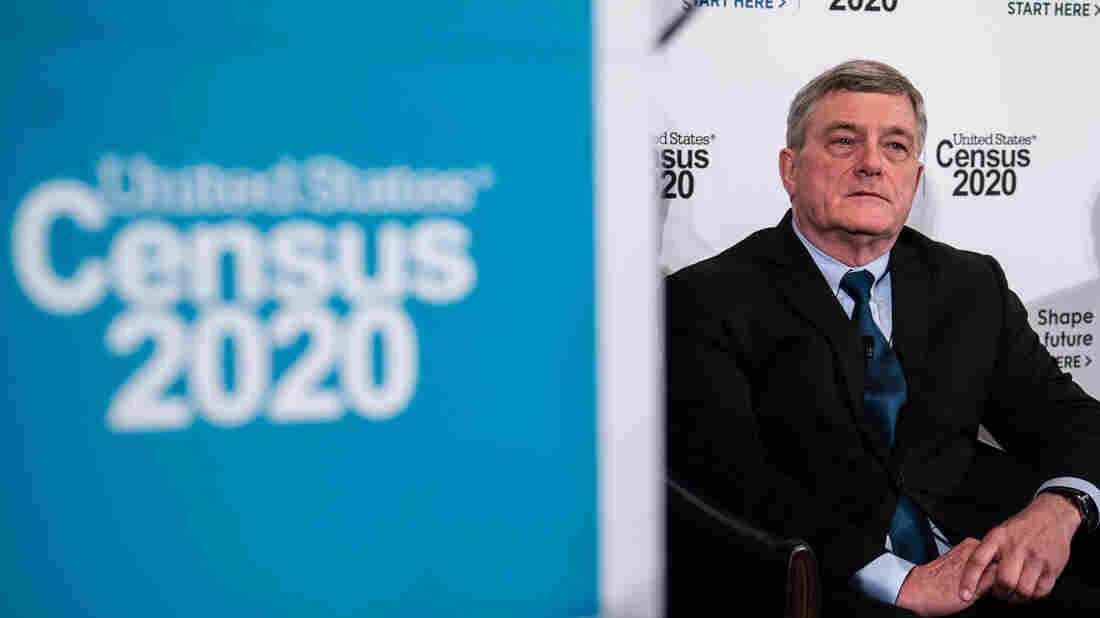 Census Bureau Director Steven Dillingham appears at a 2020 census event in April 2019. He says despite concerns, the bureau is on track to carry out the first primarily online U.S. census with enough workers. Amr Alfiky/NPR hide caption 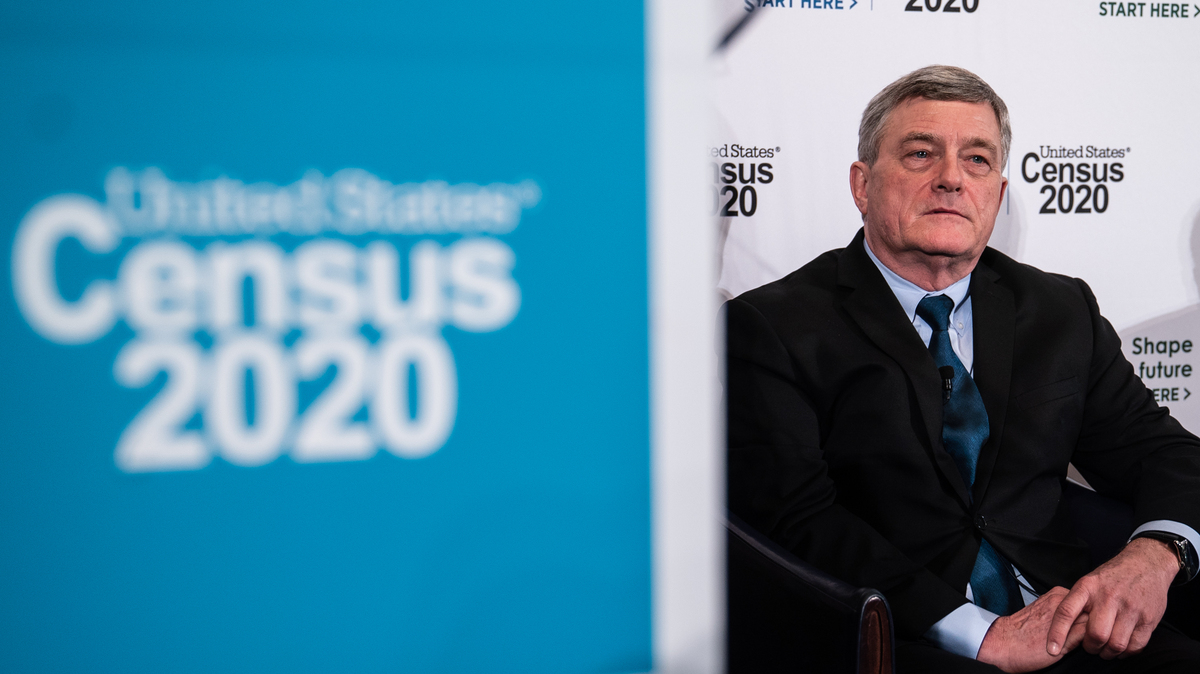 Census Bureau Director Steven Dillingham appears at a 2020 census event in April 2019. He says despite concerns, the bureau is on track to carry out the first primarily online U.S. census with enough workers.

With just weeks before the 2020 census is set to roll out nationwide, the Census Bureau is lagging behind on recruiting temporary workers and addressing IT and cybersecurity risks tied to the first primarily online U.S. count, a new report by the Government Accountability Office warns.

The bureau recently discovered during testing that its main IT system for collecting online census responses was not able to allow enough users to fill out census forms at the same time "without experiencing performance issues," according to the GAO report released to the public on Wednesday during a House Oversight and Reform Committee hearing. Bureau officials have decided to switch to a backup system that they say will allow as many as 600,000 users to respond to the census online simultaneously.

But the government watchdog group's report flags the potential dangers of making last-minute changes to the unprecedented plan to rely on online forms to count most of the 300 million-plus residents of the U.S.

"Late design changes, such as the shift from one system to another, can introduce new risks, in part, because the backup system was not used extensively in earlier operational testing," write GAO officials Christopher Mihm and Nick Marinos.

The report also highlights an earlier report by the Office of Inspector General for the Commerce Department, which oversees the Census Bureau. That watchdog group found "weaknesses" in the bureau's plans for recovering any census data lost because of a cybersecurity attack or disaster.

During a three-hour hearing on Capitol Hill, bureau officials, who have largely agreed to implement recommendations from both watchdog groups, tried to reassure lawmakers that the federal government is prepared to carry out the constitutionally required head count of every person living in the country.

"We will always have risk, and risk by definition means there's a possibility that something will happen," Dillingham testified, emphasizing that the bureau has been working through tens of thousands of tests and other tasks in preparation for the count.

Counting started in remote parts of Alaska last month, and most households in the rest of the country are expected to receive letters from the Census Bureau in mid-March with instructions on how to take part online, by phone or on paper.

The results, which the bureau is required to start releasing before the end of the year, form the foundation of how congressional seats and Electoral College votes are distributed among the states based on population. The numbers also guide how an estimated $1.5 trillion a year in federal funding for Medicare, schools, roads and other public services are distributed to states and local communities.

Pressed by lawmakers, Dillingham acknowledged that, as the GAO pointed out, the bureau has not met its internal goals for recruiting applicants for census jobs, as well as organizations that can help promote the count, particularly among communities of color, immigrants and other historically undercounted groups.

The bureau is also behind in finding businesses and nonprofits willing to help promote the census. As of early this month, it's about 60,000 short of making its goal of 300,000 organizations by March.

Dillingham, however, remained optimistic during the hearing and explained that the bureau had set "ambitious" goals for itself "to make sure we get the job done."

"Our recruiting is going to exceed our most ambitious goal," Dillingham said.

The chair of the House oversight committee, Rep. Carolyn Maloney (D-N.Y.), stressed that the GAO report's findings were "troubling."

Rep. Mark Meadows (R-N.C.), another lawmaker who has long monitored census preparations, asked the bureau's officials to keep the committee in the loop so that members don't learn about issues with the count through media reports.

"There are going to be some major problems," Meadows told bureau officials. "Even if it has to be discreet, if you're seeing a problem, we want to know about the problem right away."