Accessibility links
Barr To Testify In House After Roger Stone Case Criticism President Trump praised Barr a day after the Justice Department took the unusual step of seeking a shorter sentence for the president's ally. Four prosecutors in the case withdrew following that move. 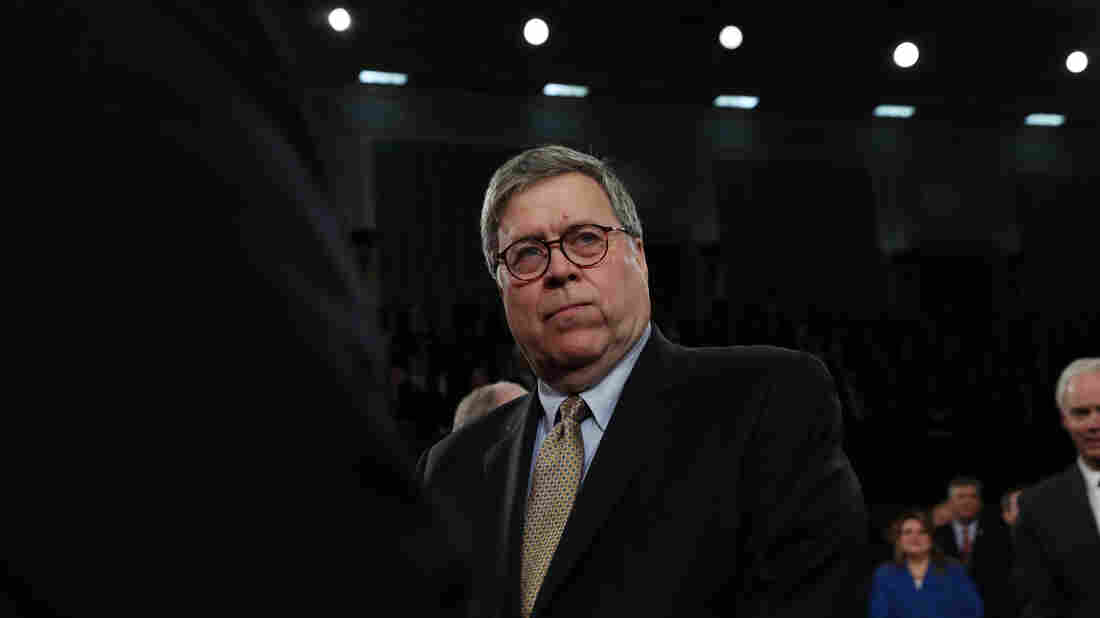 Attorney General William Barr arrives to hear President Trump deliver the State of the Union address in the House chamber on Feb. 4. The House Judiciary Committee has called for Barr to testify on March 31 about potential interference by Trump. Pool/Getty Images hide caption 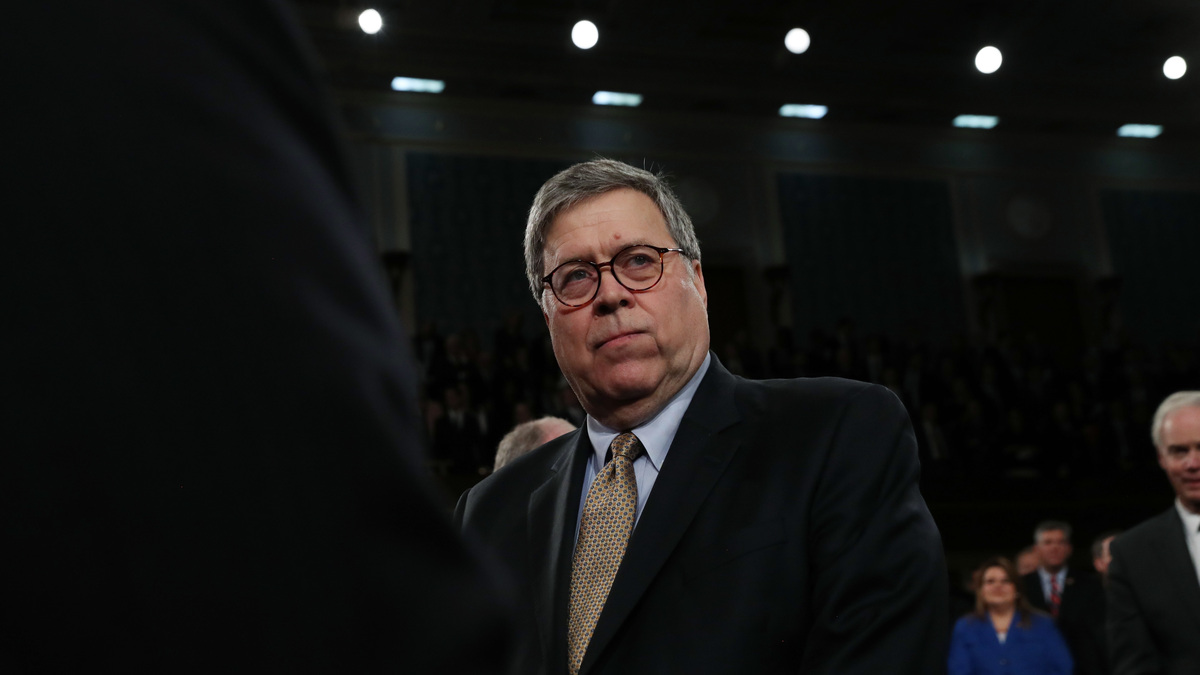 Attorney General William Barr arrives to hear President Trump deliver the State of the Union address in the House chamber on Feb. 4. The House Judiciary Committee has called for Barr to testify on March 31 about potential interference by Trump.

Attorney General William Barr is scheduled to testify before the House Judiciary Committee after the Justice Department took the unusual step of intervening in Roger Stone's sentencing recommendation.

President Trump hailed Barr on Wednesday for making the recommendation.

"Congratulations to Attorney General Bill Barr for taking charge of a case that was totally out of control and perhaps should not have even been brought," Trump said on Twitter. "Evidence now clearly shows that the Mueller Scam was improperly brought & tainted. Even Bob Mueller lied to Congress!"

Former special counsel Robert Mueller and his investigation are longtime targets of Trump's. Mueller's team documented extensive Russian interference in the 2016 presidential election and some contacts with Trump's campaign, but said there wasn't sufficient evidence to bring conspiracy charges.

The wrongdoing prosecutors said they did find included Stone, who sought to serve as an intermediary between Trump's team and WikiLeaks, which was fencing material stolen by Russian hackers, released to embarrass political targets in the United States.

Stone lied to Congress about his role in the matter and obstructed its fact-finding, prosecutors charged; he was found guilty in November on all seven counts in his trial and is awaiting sentencing.

So the department ordered the submission of a second sentencing memo in the case, displacing the first. The second memo, which appeared with court records on Tuesday afternoon, said a sentence "far less" than the prospective seven to nine years in prison "would be reasonable under the circumstances."

It did not make a specific recommendation. Judge Amy Berman Jackson has the ultimate decision about what sentence to give Stone.

After the submission of the highly unusual second memo, four prosecutors in the case — Aaron Zelinsky, Jonathan Kravis, Adam Jed and Michael Marando — withdrew, according to court filings.

Zelinsky resigned as a special assistant U.S. attorney in the Washington, D.C., office. It appears he continues to work for the Justice Department in his earlier capacity with the Maryland U.S. Attorney's Office.

Kravis resigned as a prosecutor in the U.S. Attorney's Office for D.C.

Jed and Marando said they are withdrawing from the case.

WH: Trump may talk with DOJ

Gidley said Trump did not speak with Barr about Stone, but that "he has the right to have a conversation with the attorney general."

Gidley added: "Let's not forget it was Barack Obama who made his views very clearly known about the Eric Garner case. It was George H.W. Bush who talked about the acquittal in the Rodney King case. So this is not an unprecedented situation. The fact is though in this one the president didn't have a conversation with the attorney general at all. But he has the right to do it." 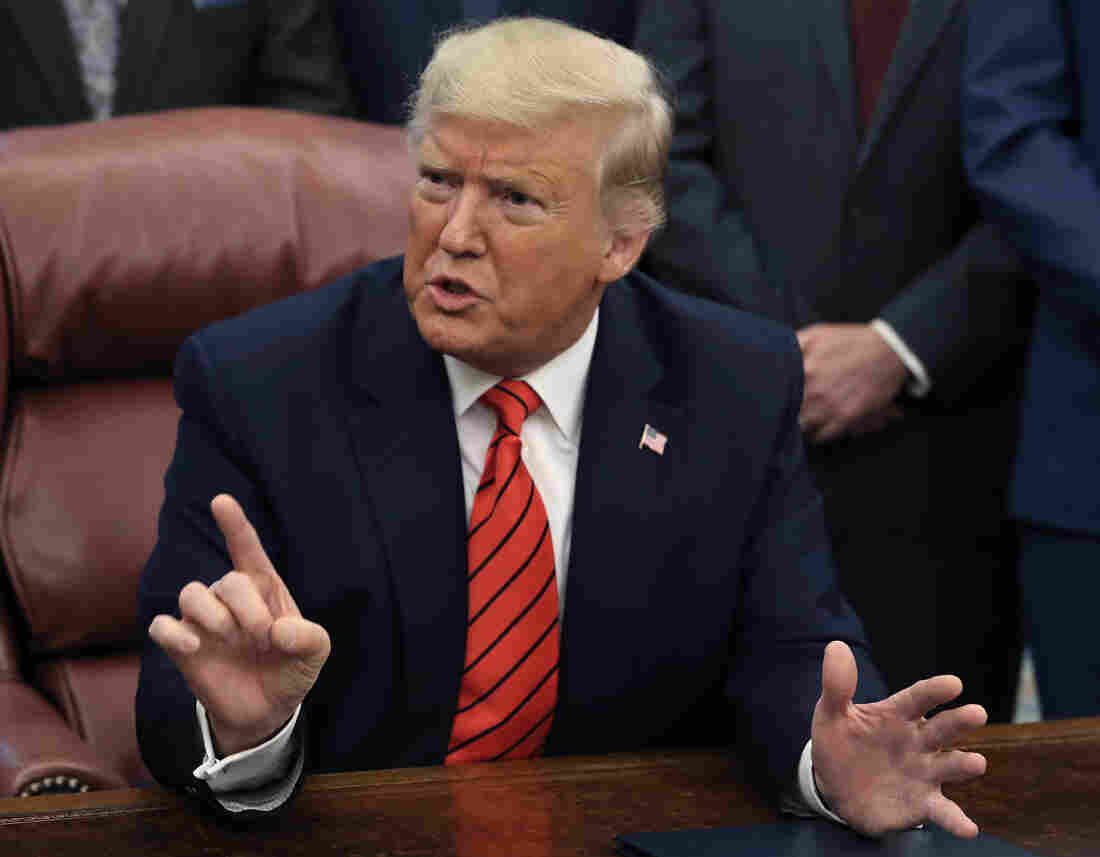 "Congratulations to Attorney General Bill Barr for taking charge of a case that was totally out of control and perhaps should not have even been brought," President Trump said on Twitter on Wednesday. Mark Wilson/Getty Images hide caption 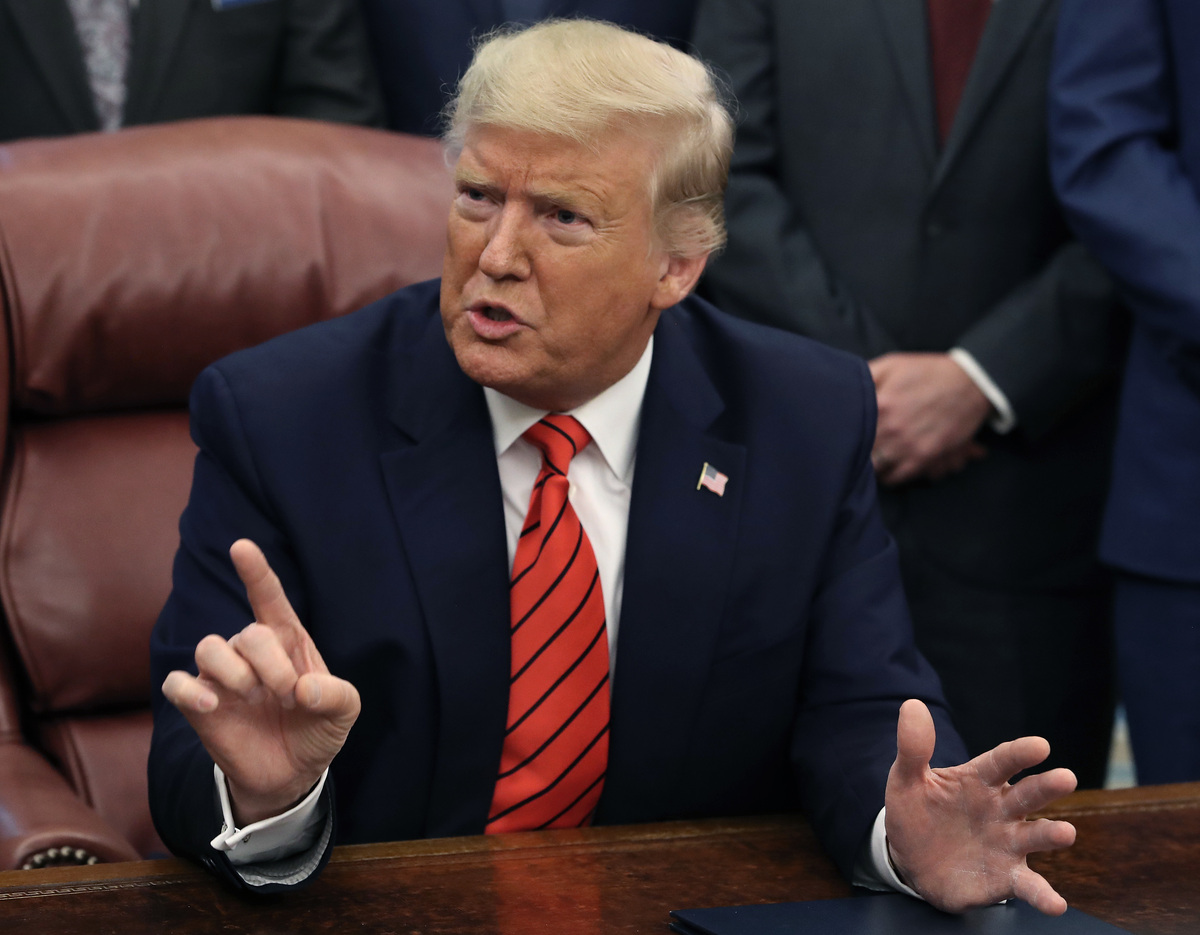 "Congratulations to Attorney General Bill Barr for taking charge of a case that was totally out of control and perhaps should not have even been brought," President Trump said on Twitter on Wednesday.

The back and forth over Stone's sentence followed an earlier post on Twitter by Trump on Tuesday that faulted the recommended sentence.

All the same, critics blasted what they called improper interference by Trump in the workings of the Justice Department, which had a tradition of independence. Democrats have called for investigations or vowed to launch their own in the House.

The House Judiciary Committee announced Wednesday that Barr will testify before the panel on March 31. In a statement, the committee said Barr will "address numerous concerns regarding his leadership of the Department of Justice and the President's improper influence over the Department and our criminal justice system."

Trump said Tuesday that he hadn't asked the Justice Department for a reduced sentence for Stone. He declined to comment when asked whether he was considering a pardon for his ally.

Trump did, however, focus some of his commentary on Jackson, who handled other cases during the Muller investigation including that of Trump's former campaign chairman, Paul Manafort.

Trump turned his focus to Jackson in a Twitter post on Tuesday, writing, "Is this the Judge that put Paul Manafort in SOLITARY CONFINEMENT, something that not even mobster Al Capone had to endure? How did she treat Crooked Hillary Clinton? Just asking!"