Accessibility links
Pope Francis Won't Allow Married Men As Priests, Women As Deacons Bishops from the Amazon region had sought the changes to address a shortage of clergy. But some Roman Catholic conservatives warned that enacting them would lead to the end of clerical celibacy rules. 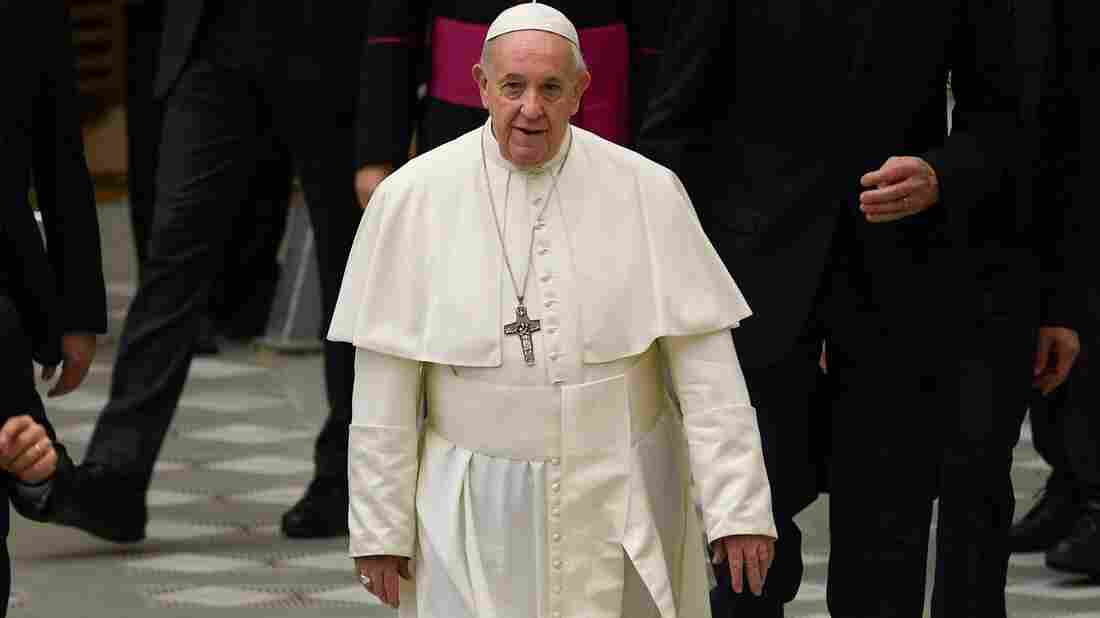 Pope Francis says married male deacons and women can "regularly assume important responsibilities" for the Catholic Church in the Amazon region, but he turned down bishops' request to allow those deacons to become priests and women to become deacons. Filippo Monteforte /AFP via Getty Images hide caption 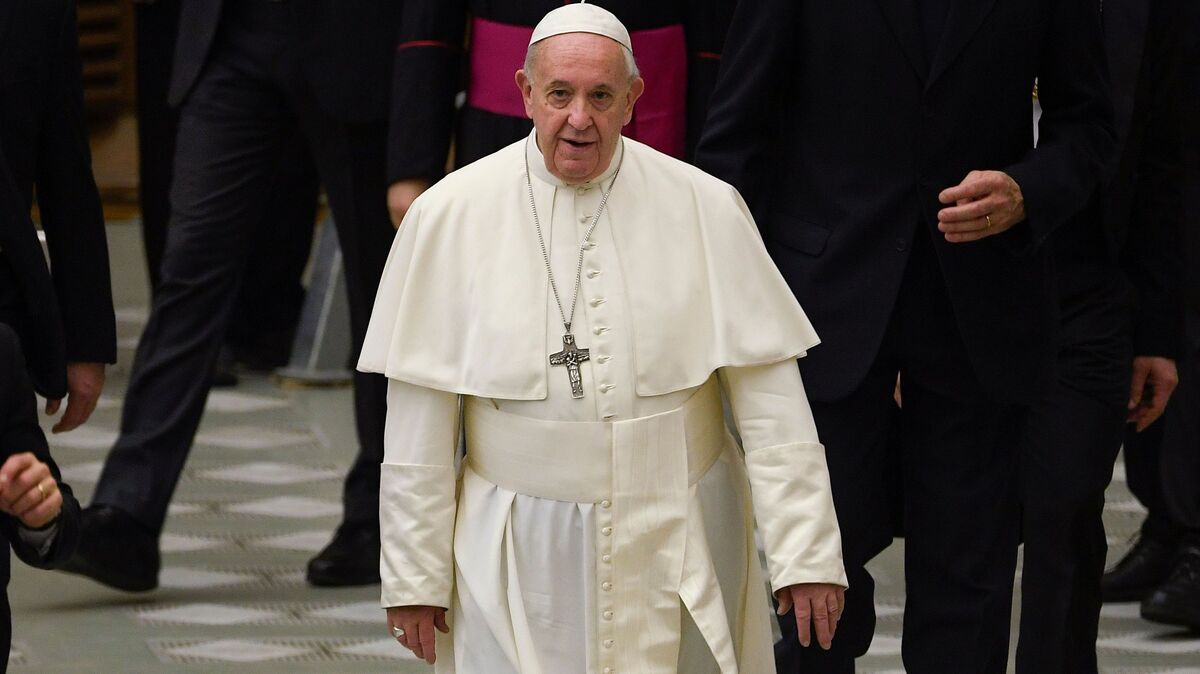 Pope Francis says married male deacons and women can "regularly assume important responsibilities" for the Catholic Church in the Amazon region, but he turned down bishops' request to allow those deacons to become priests and women to become deacons.

Pope Francis has sidestepped a request for married men to be ordained as priests and women to be ordained as deacons, saying the Roman Catholic Church should find other ways to address a dire shortage of clergy in South America's Amazon region. Bishops in that part of the world had asked for fundamental shifts in Roman Catholic policy last autumn.

The bishops' plan was widely seen as another potential rift between Francis and his conservative critics within the church — some of whom have already accused the pope of heresy because of his stances on issues such as homosexuality and divorce.

"Ultra-conservatives in the church in Europe and the U.S. have warned allowing married priests in the Amazon could trigger total abolition of the clerical celibacy requirement," NPR's Sylvia Poggioli reports from Rome.

Speculation has swirled for months about how the pope would respond to requests to allow married male deacons and women to take on new roles. The proposals came out of a special three-week Synod of Bishops last October that included countries from the Amazon region, from Brazil and Bolivia to Colombia and Venezuela. Deacons are allowed to oversee weddings and baptisms but are not permitted to consecrate the Communion wafer and wine.

A critical shortage of priests has hobbled Catholics' ability to celebrate sacraments in that area of South America.

Pope Francis' response came Wednesday in the form of a document titled Querida Amazonia — or "Dear Amazon." In it, he deflected many of the core issues about ordaining married men as priests and women as deacons.

"Priests are necessary, but this does not mean that permanent deacons (of whom there should be many more in the Amazon region), religious women and lay persons cannot regularly assume important responsibilities for the growth of communities," Francis wrote, "and perform those functions ever more effectively with the aid of a suitable accompaniment."

Speaking of women's historic role in the Amazon, Francis said, "women have kept the Church alive in those places through their remarkable devotion and deep faith."

The pope later added that women "should have access to positions, including ecclesial services, that do not entail Holy Orders and that can better signify the role that is theirs."

For most of the lengthy document, Francis focused on another dire situation: climate change, and the struggle to protect the Amazon region's cultural and natural vibrancy.

Laying out what he calls his four "dreams" for the region, Francis called for "an Amazon region that 'fights for the rights of the poor,' that 'preserves its distinctive cultural riches,' that 'jealously preserves its overwhelming natural beauty' and lastly, that the Christian communities might be 'capable of generous commitment, incarnate in the Amazon region,' " as the official Vatican News reports.