Accessibility links
Review: Kevin Parker Balances Complex Production, Tame Impala's 'The Slow Rush' Kevin Parker's fourth album as the leader of Australian rock band Tame Impala comes after a five-year gap. It's music that comes wrapped in its own bubble, far from the cascading miseries on the news. 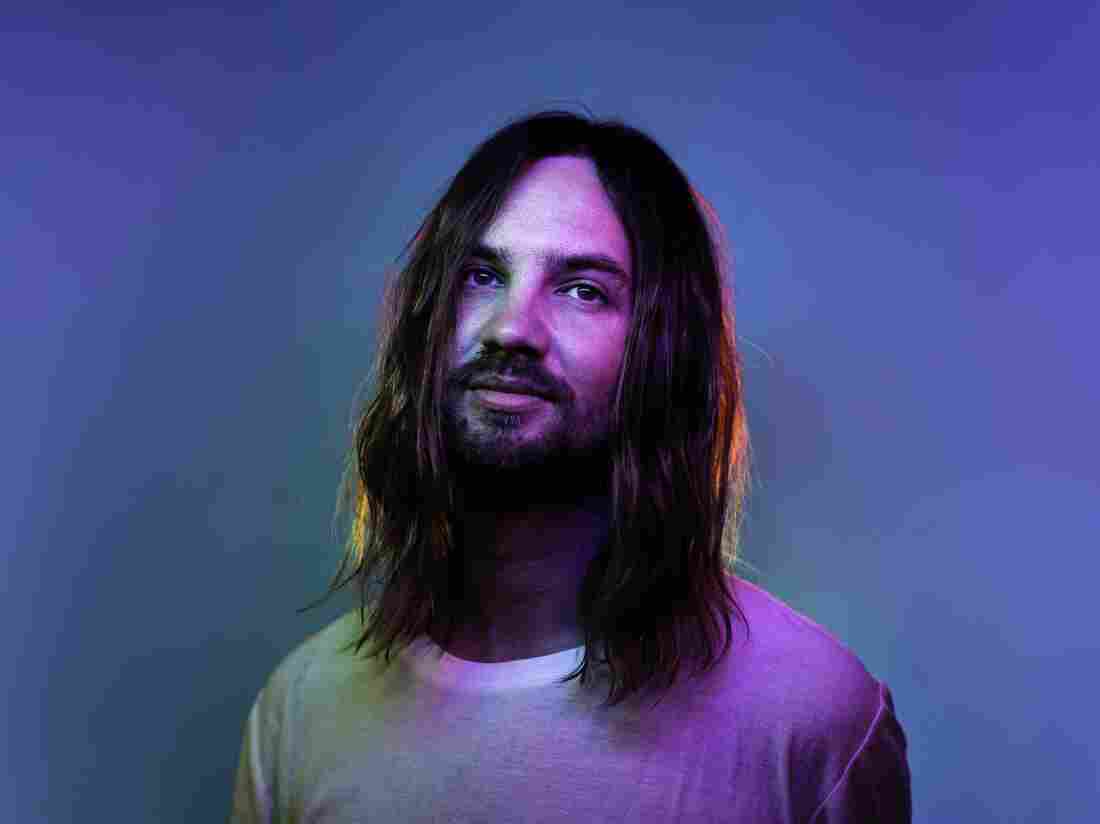 From vocal delivery to melodic hooks, from lyrics to production: Kevin Parker has elevated his craft on The Slow Rush. Matt Sav/Courtesy of the artist hide caption 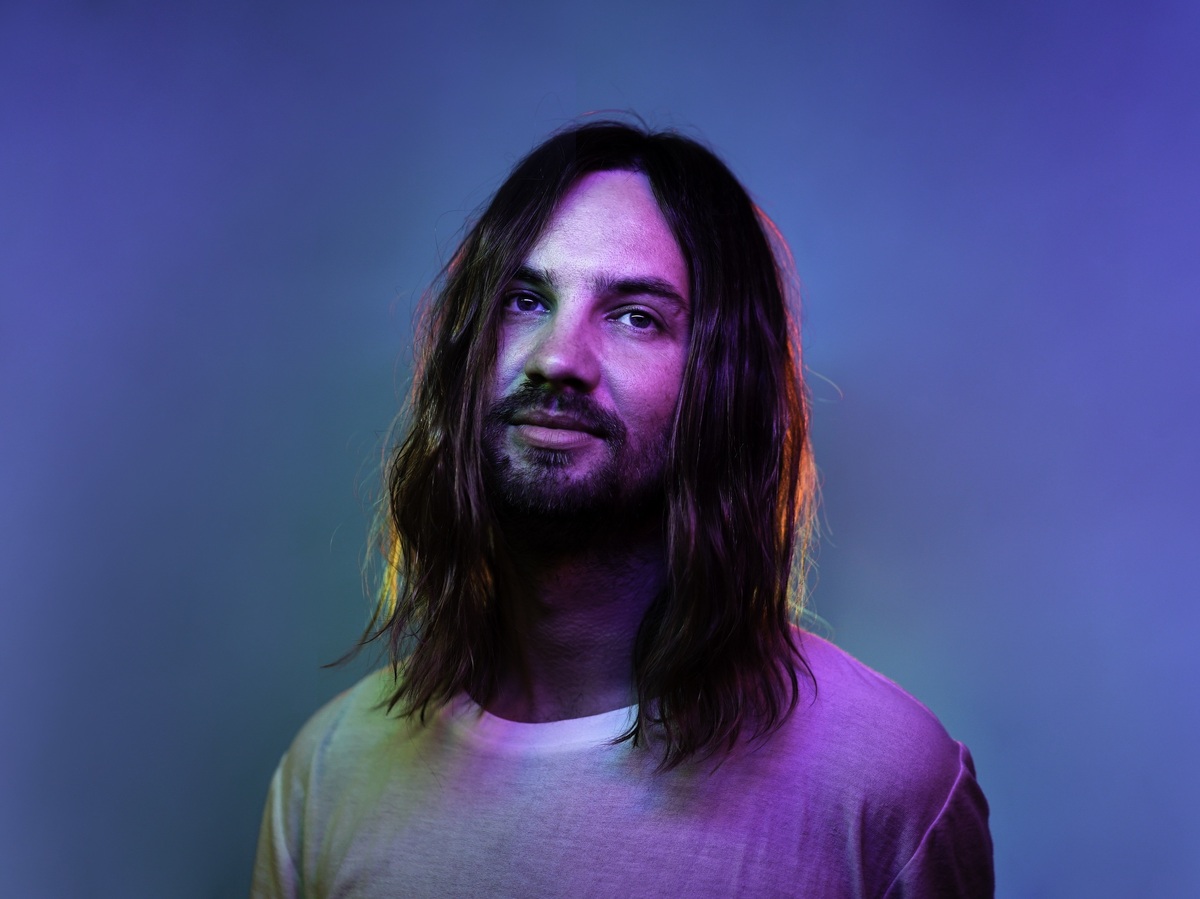 From vocal delivery to melodic hooks, from lyrics to production: Kevin Parker has elevated his craft on The Slow Rush.

Matt Sav/Courtesy of the artist

On "One More Year," the opening track of his fourth record as Tame Impala, multi-instrumentalist mastermind Kevin Parker cues up a memory from a year ago, Facebook-style. He sounds wistful as he recalls a distinct moment in a love affair: "If there was trouble in the world, we didn't know. If we had a care, it didn't show."

It's a little thing, a momentary reverie, and it's also a clue about what's going on inside The Slow Rush: From start to finish, both on blithe party songs like "Is It True" and darker meditations like "Posthumous Forgiveness," almost everything sounds undisturbed by the trouble in the world. It's music that comes wrapped in its own bubble, far from the cascading miseries on the news, sung by someone who's evidently developed resistance to rampant negativity and is ready to share his secrets.

Consider the way Parker delivers "One More Hour," the bookend to "One More Year" that closes the set. Looking back on his choices and riffing on his motivations, he employs a taunting, provocative tone heard on playgrounds everywhere. "Whatever I've done," he declares with a near sneer, "I did it for love. I did it for fun. I did it for fame." Each item on this list gets a dollop of interpretive sauce. Parker's "love" conveys a whiff of cynicism, a veiled "oh, please." His "fame" flips the meaning of the word from its modern, influencer-tainted connotation into something earned, something to take pride in.

The tell, though, is "fun." In most of his songs, Parker follows the unwritten pop rule that fun is not to be mentioned or analyzed, but rather should explode from the music like a contagion. Here, he renders "fun" with theatrical flourish, as though it's a cause, hurling it through his teeth, owning the desire for more of it. And he holds onto it as the suite-like song suddenly enters a more adult phase, with Parker asking himself blunt questions about what he wants from life.

Many of the tunes on The Slow Rush have this multi-level dimensionality: The melodies dwell in a sweet, idyllic late-afternoon mood that can veil the internal turbulence, doubt and emotional complexity lurking in the words. On "One More Year," his initial rush of nostalgia is followed by a more sober relationship-red-flag observation: "'Cause what we did, one day on a whim, has slowly become all we do." Even Parker's occasional expressions of derision, like the genius "OK, boomer" riff "It Might Be Time," are shrouded in deceptively sparkly trappings.

Certainly some of this nuance comes from where Parker likes to hang out, in his ethereal, seemingly limitless falsetto range. No matter how precise the Australian singer-songwriter is as a lyricist — and among the album's highlight-reel couplets is the bitter dismissal in "Posthumous Forgiveness" in which he tells his father, "You could store an ocean in the holes / In any of the explanations that you gave" — his delivery tends to blur lyric ideas together into broad arcs of feeling.

That's one way Parker has evolved since his clever 2012 breakout LP, Lonerism: He's become a singer who can deepen a message through tone and inflection, conveying in a few syllables what some people spend pages trying to pin down.

There's evidence of parallel growth in just about every aspect of Parker's game. Many of the hooks on The Slow Rush arrive as terse, easy-to-remember rhythmic codes, the dots and dashes of desire. They're addictive little lures that blur territorial distinctions between pop and R&B, electronic dance music and rock, while at the same time drawing from a broad range of inspirations. Listen closely and you can pick up traces of Rick James, Paul McCartney and Wings, Ravel, Childish Gambino, Pink Floyd, Human League, Prince and on and on.

Parker told Uproxx that one goal was to "try and use things from totally different worlds in the way that a hip-hop producer would. To be almost collage-y."

Mission accomplished there. As a producer, Parker has more moving parts to balance this time, but he arrives at a deft auteur-pop synergy in which every last decision, down to the assorted cathedral-like reverb effects that lend his voice an otherworldly aura, become as intrinsic to the music as the melodies or the words. Though there's a lot going on in the latticework of the music — springy analog synthesizer arpeggios, guitars doing unguitarlike things, layers upon layers of pastel lushness — the post-psychedelic swirl of The Slow Rush registers as an organic blend, with the songs never feeling cluttered or too tightly scripted.

In that same interview, Parker said that his biggest takeaway from making both the previous Tame Impala album, 2015's Currents, and this one was to trust his gut instincts. "I don't want to labor over music. More and more, that's becoming a quality of music that I'm allergic to," he says.

Parker ending up taking five years to make The Slow Rush — inevitably there had to be some deliberation involved. Crucially, though, it doesn't sound that way, and it doesn't sound like anything else going on right now, either; it's as though Parker is breathing more optimistic air, and thinking differently about art in this strangely tense cultural moment. While everybody else in the catchy-song business seems to be running in circles, he's out there unapologetically having fun, creating new delivery systems for his own exotic brand of sonic euphoria.