Accessibility links
The Weedkiller That Went Rogue A few years ago farmers started noticing their crops were developing damaged leaves. Turns out the culprit was dicamba, a weedkiller being sprayed by other farmers. Now a trial is underway to decide who's responsible. The farmer behind the lawsuit is pointing the blame, not at other farmers, but two big companies, Monsanto (now owned by Bayer) and BASF. Follow host Maddie Sofia on Twitter @maddie_sofia. Email the show at shortwave@npr.org. 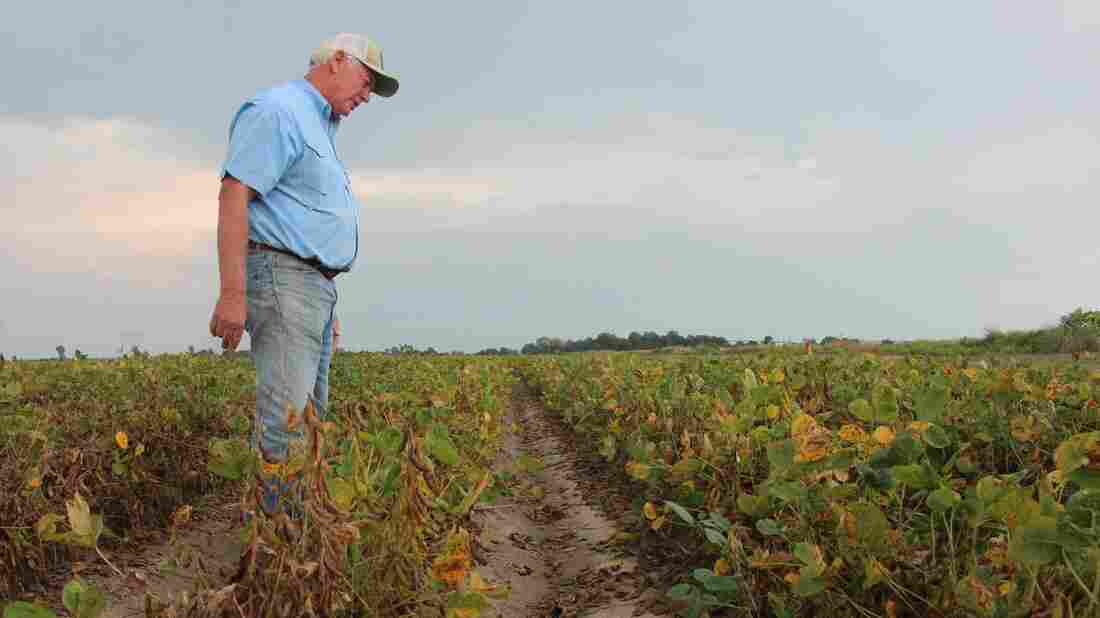 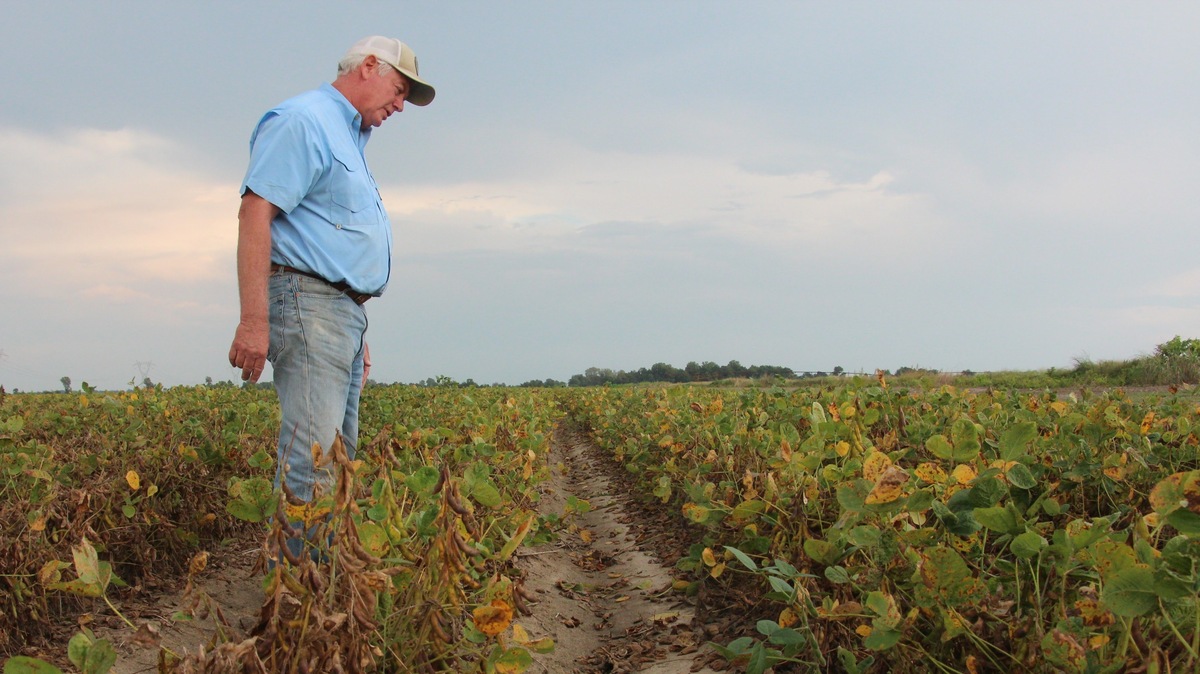 Arkansas farmer David Wildy inspects his soybean crops that were damaged by the weedkiller dicamba.

A few years ago farmers from Minnesota to Mississippi started noticing something strange - the leaves on their crops were curling up. Eventually they realized the problem was a popular weed killer called dicamba that was drifting over from neighboring farms where the chemical was being sprayed. The company Monsanto, now owned by Bayer, promoted the use of dicamba along with dicamba-tolerant seeds so farmers could grow crops that wouldn't be harmed by the weedkiller. But not all farmers chose to use the genetically engineered seeds which is why their crops are vulnerable to their neighbors' spraying. Now, the matter is in court with one farmer suing Monsanto/Bayer and BASF for damages.

This episode was produced by Rebecca Davis and edited by Viet Le.