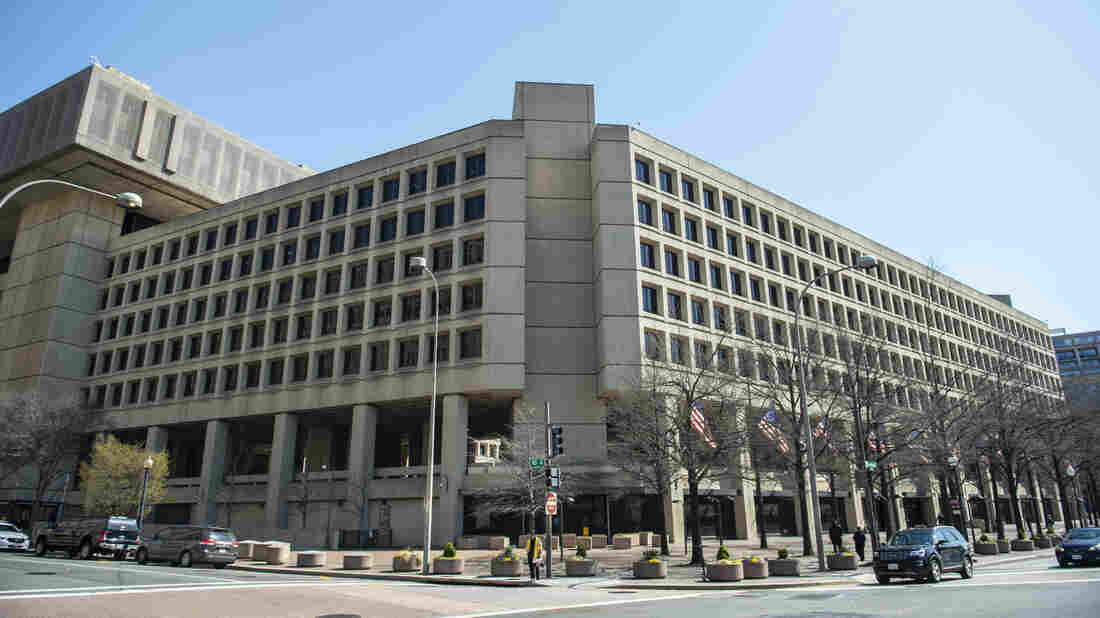 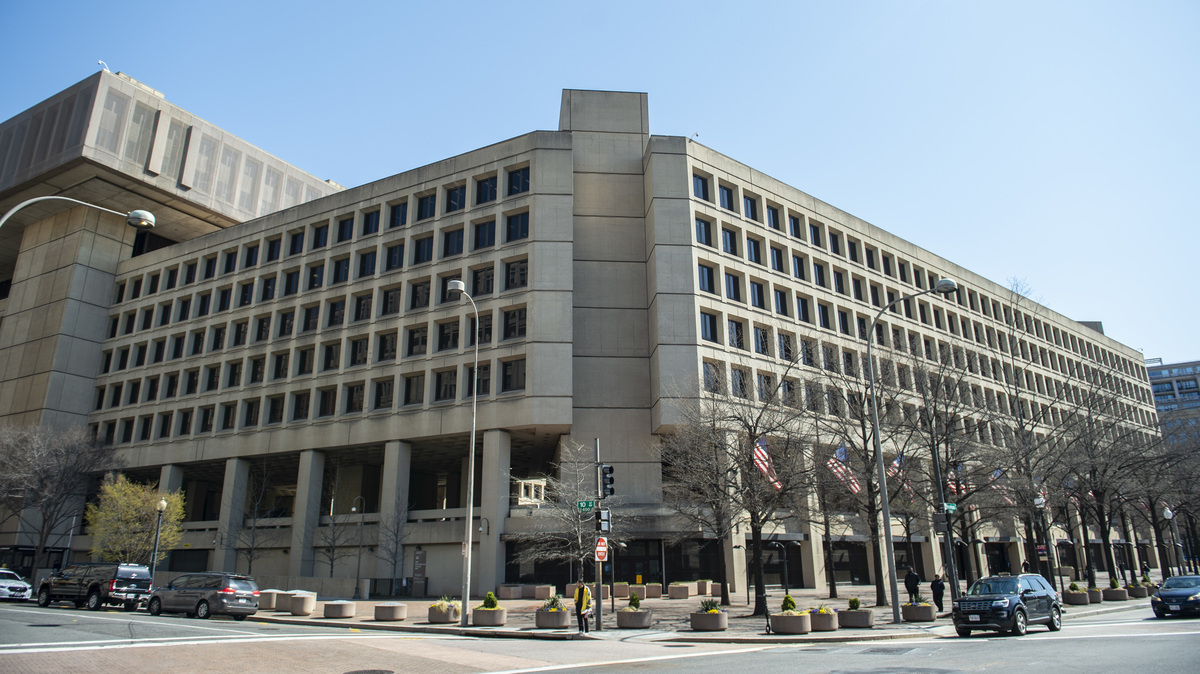 The FBI building in downtown Washington, D.C. — Utah Sen. Mike Lee describes it as looking like "an abandoned set from The Hunger Games."

It's true that modernism abounds in D.C. Standing on a street corner near the National Mall, there's actually a mishmash of architectural styles. Let's talk about three of them: In the distance, the gleaming white pillars of the U.S. Capitol dome, the kind of classical architecture the president's order favors. Closer in, there's a towering, steel-mesh scrim that's part of the Eisenhower Memorial, a contemporary design by Frank Gehry which is under construction. Right behind the scrim, there's the beige, boxy, concrete-heavy Department of Education, a Brutalist building — the style a lot of people love to hate.

Marion Smith of the National Civic Art Society is one of them. He looks at this entire vista with disgust. "From where I'm standing, I see modernist structures, and the only hint of a classical building I can see is the top of the U.S. dome," he says. "That is not what our founders had in mind. This is a new reigning orthodoxy of modernist, Brutalist, postmodern design." (Brutalism was a popular movement with architects beginning in the 1950s, but it's mostly fallen out of favor.) The Society led a six-year campaign against Gehry's Eisenhower memorial, which forced the architect to make some changes to his orginal design.

And the organization has been the driving force behind the President's Executive Order. Smith believes Americans want the kind of neoclassical architecture that he says is designed to inspire the ideals of American democracy. "The White House, the Supreme Court, the Library of Congress, these are buildings that Americans recognize and love," he says. 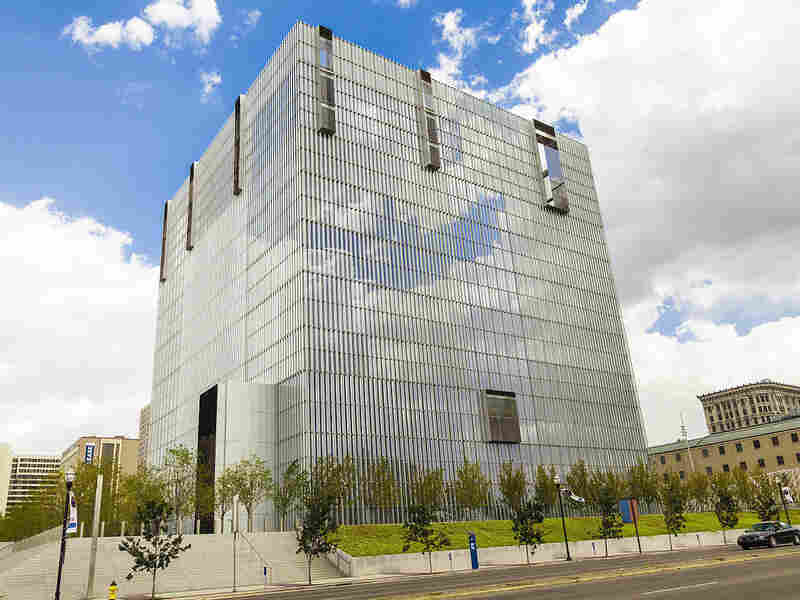 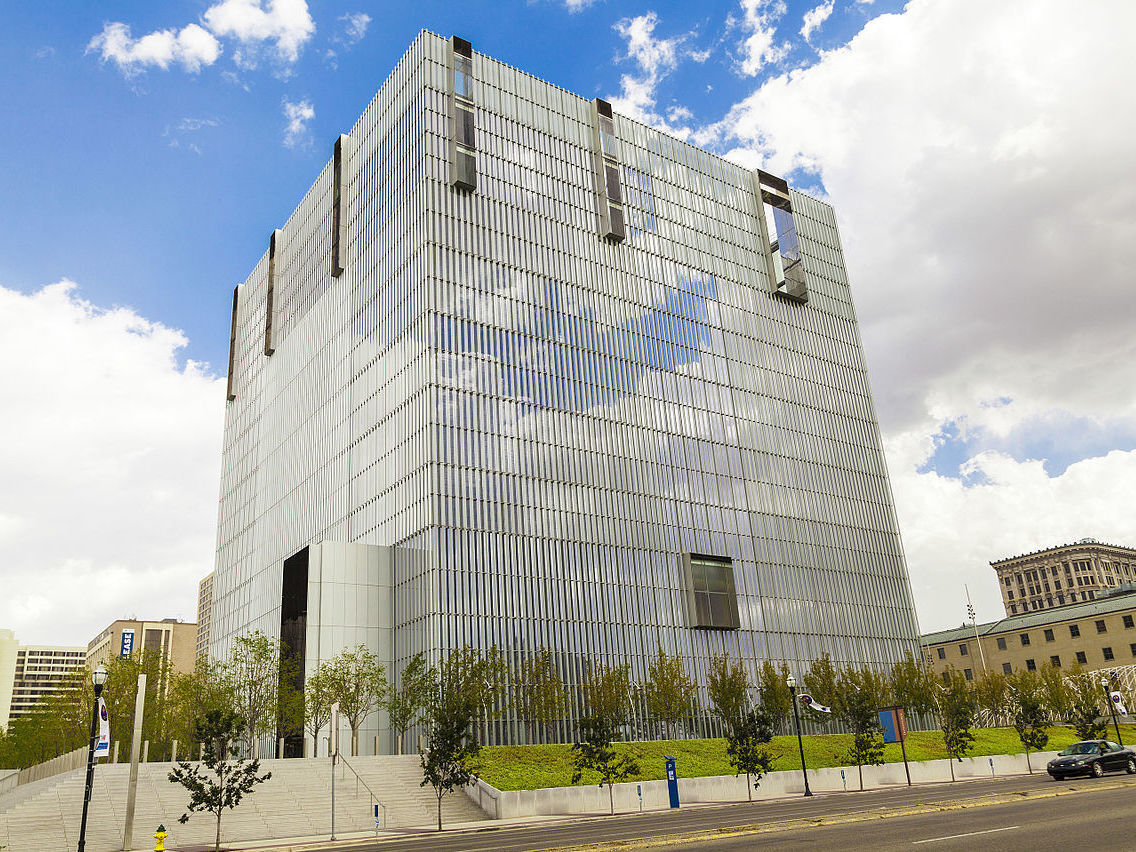 Utah Senator Mike Lee agrees. He wrote an article in the Federalist recently calling the order "the second best news out of Washington this week," and excoriating buildings like the U.S. Courthouse in Salt Lake City. "It looks like a giant swamp cooler or a giant ice cube that's coated with this sort of material that you would see on your braces when you were in junior high. It just isn't pretty," he tells me.

He adds, "I sometimes ask myself and ask others, is it any wonder that Americans' confidence in government has collapsed, and the government itself has grown hopelessly dysfunctional in the decades since Washington abandoned classical design principles in favor of elite modernist fads and ugly buildings that they inevitably produce?"

Others feel differently. "We are absolutely opposed to this order," says Robert Ivy. He's the head of the American Institute of Architects, and he says the order doesn't account for today's office buildings, which need to be efficient and equipped for both technology and security. "In the 21st century, we're very different people from the people who popularized Greek Revival architecture in the 19th century, as beautiful as it was," he says. "To try to force-fit new systems in old forms is, in of itself difficult to do, inefficient, and is not who we are today." 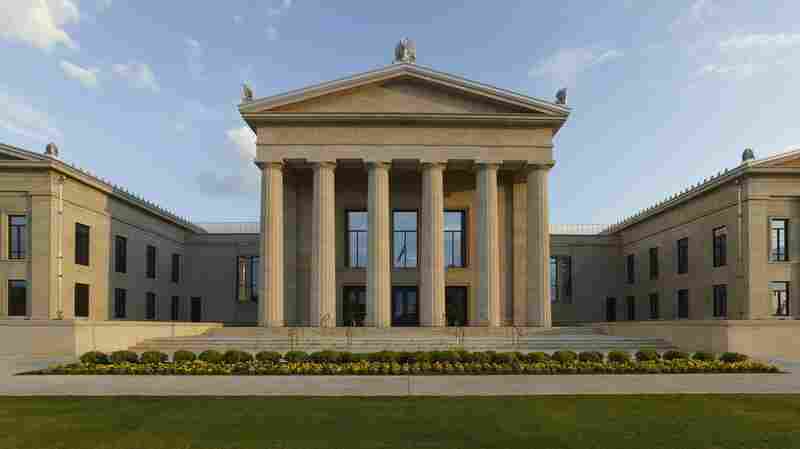 The Federal Building and Courthouse in Tuscaloosa, Ala. Timothy Hursley hide caption 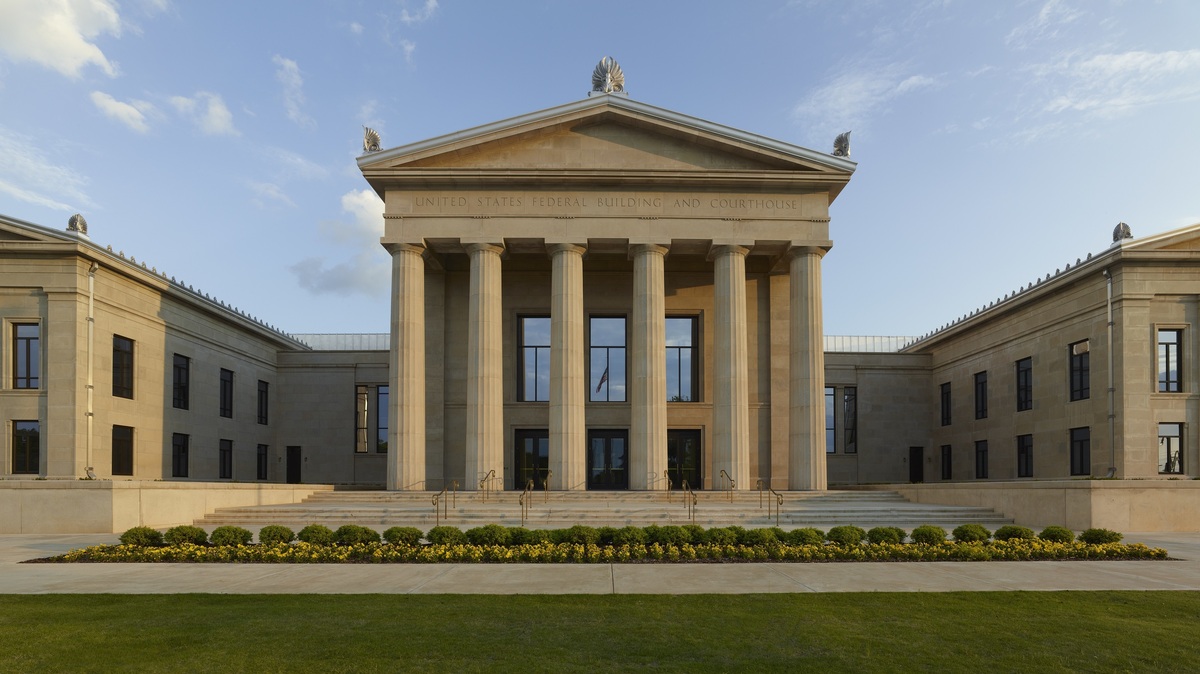 The Federal Building and Courthouse in Tuscaloosa, Ala.

The executive order would only mandate classical architecture for federal buildings in Washington, DC. It would not include the city's Smithsonian museums, and it's unclear whether it would affect memorials. The order defines "classical" as including Gothic, Romanesque, Spanish, Mediterranean and other traditional styles, and mostly trashes Federal buildings constructed from the 1950s on. But it does single out one recent building for praise: The federal building and courthouse in Tuscaloosa, Alabama, designed by HBRA Architects in Chicago and completed in 2011.

"We're very proud of it," says HBRA architect Aric Lasher. He says the Tuscaloosa building is partly modeled after Greek temples, with columns and classical, ornamental motifs. But his firm used that style because that's what this particular building, location and community called for. He says it would be "preposterous" for the government to dictate any style of architecture: "The artistic potential of architecture and the artistic productivity of the American people does not necessarily emerge through fiat."

Right now, the guidelines for federal architecture, which were written in 1962, say "Design must flow from the architectural profession to the government, and not vice versa." If adopted, the president's executive order would reverse that.

Ted Robbins edited this story for radio, and Petra Mayer adapted it for the Web.