Accessibility links
Moderate Democrats Point To Growing Energy Despite Sanders' Win In New Hampshire Some Democrats say the success of Pete Buttigieg and Amy Klobuchar in New Hampshire signals a growing energy among moderates. Others worry about a divided focus. 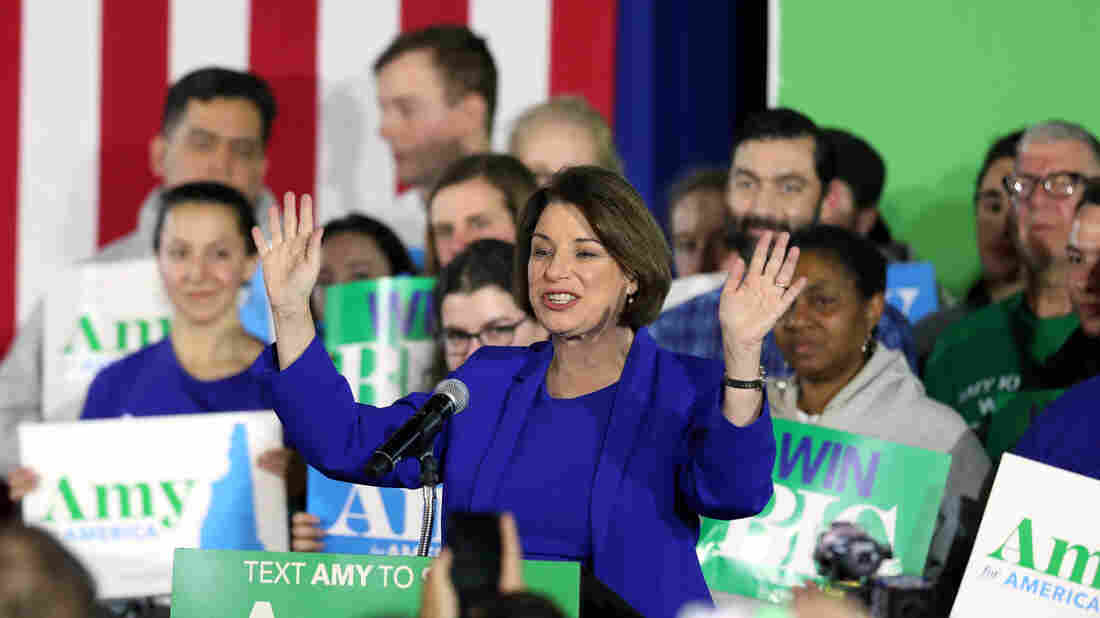 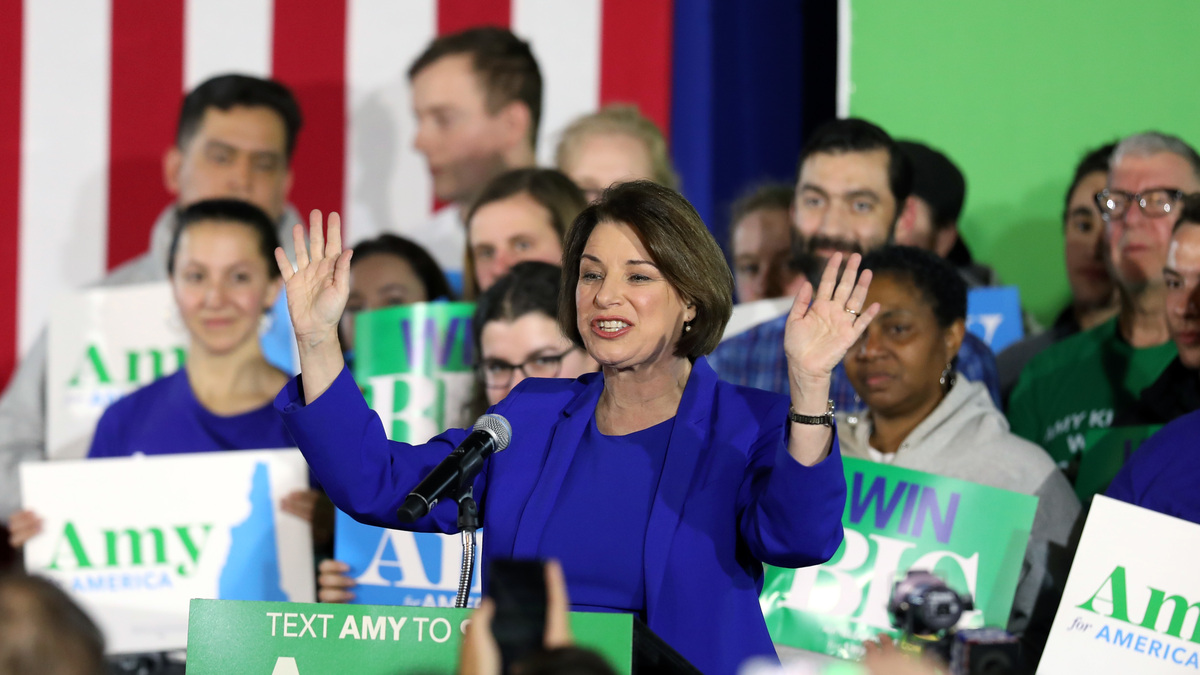 For centrist Democrats the most important theme to emerge from the New Hampshire primary was "don't count us out."

For weeks they have been grappling with the reality that Sen. Bernie Sanders, I-Vt., a self-proclaimed democratic socialist, is shaping up to be their party's front-runner for president. Moderates say surging support for two more moderate Democrats is a signal that their wing of the party has a chance to take the nomination. But there is growing pressure on centrists to unite around a single candidate before Sanders becomes unbeatable.

"What I think you're seeing is an electorate that is looking hard at several alternatives," said Sen. Chris Coons, D-Del. "Amy Klobuchar, Mayor Pete Buttigeg and Joe Biden."

Coons, a top supporter of former Vice President Joe Biden, says pundits are rushing to anoint Sanders as the presumptive head of the Democratic Party. But Coons says the results in Iowa and New Hampshire tell a different story.

"[Sanders] has gotten less than half the vote he got four years ago, and he's had four years to prepare," Coons said. "I'm optimistic that former Vice President Biden will do very well in South Carolina."

Biden supporters, in particular, are pinning their hopes on the first Southern contest. They say the tide will turn because Biden polls well with African American voters who make up a much larger share of the Democratic Party there.

That's why former Congressional Black Caucus Chairman Cedric Richmond, D- La., traveled to South Carolina to join Biden at rally there on the night of the New Hampshire primary.

Richmond said he wanted to remind Democrats in that critical state not to give up on Biden just because he fell behind in less diverse states.

"He's never abandoned the African American community, and he would hope that because of Iowa and New Hampshire that they wouldn't abandon him," Richmond said. "And I think that's important."

But other moderate candidates and their supporters have their own theory of the path to victory. Sen. Tina Smith, D-Minn., says the momentum is shifting toward her fellow Minnesota senator, Amy Klobuchar.

"She's a pragmatist and she's demonstrated that she can accomplish things," Smith said. "I think that's what people are interested in."

Supporters of Buttigieg, the former South Bend, Ind., mayor who came in second place in Tuesday's primary, point to his delegate count — one more than Sanders after New Hampshire — as the key to his victory.

And then there's former New York City Mayor Michael Bloomberg, who skipped the early states altogether. His supporters, such as Rep. Haley Stevens, D-Mich., say he has the edge thanks to a particularly robust network of volunteers and staffers funded by his own private wealth.

"What voters are afraid of in Michigan is losing again to Donald Trump," Stevens said. "When you have a campaign operation in play, that's what people are responding to."

Stevens is one of a growing number of Democrats endorsing Bloomberg. Many are citing his investment in their home states, his strong business record and his advocacy for gun control.

That divided focus has some moderates concerned. More than half a dozen Democrats privately expressed concerns about the lack of a unifying centrist voice to take hold as Sanders amasses delegates in the early contests.

They worry that many Democrats simply won't show up to vote if Sanders is the nominee, giving an edge to Republicans running for reelection in the Senate and to GOP hopefuls running against sitting House Democrats.

That's why, when asked about the impact Sanders could have on other Democrats running in 2020, Coons simply said "negative."

"I think people are actually misreading what his potential is," Jayapal said. "I think that people on the Democratic side who keep talking about how he's not electable and about how he's too far left — that this is a fighter and the American people want a fighter."

For now, Coons and other moderates are working to tamp down anxiety about the eventual nominee.