Accessibility links
McClatchy, Publisher Of 'Miami Herald,' 'Kansas City Star,' Files For Bankruptcy The company, which operates 30 newsrooms in 14 states, announced a Chapter 11 restructuring. Saddled with debt and pension obligations, McClatchy said it will operate as normal during the process. 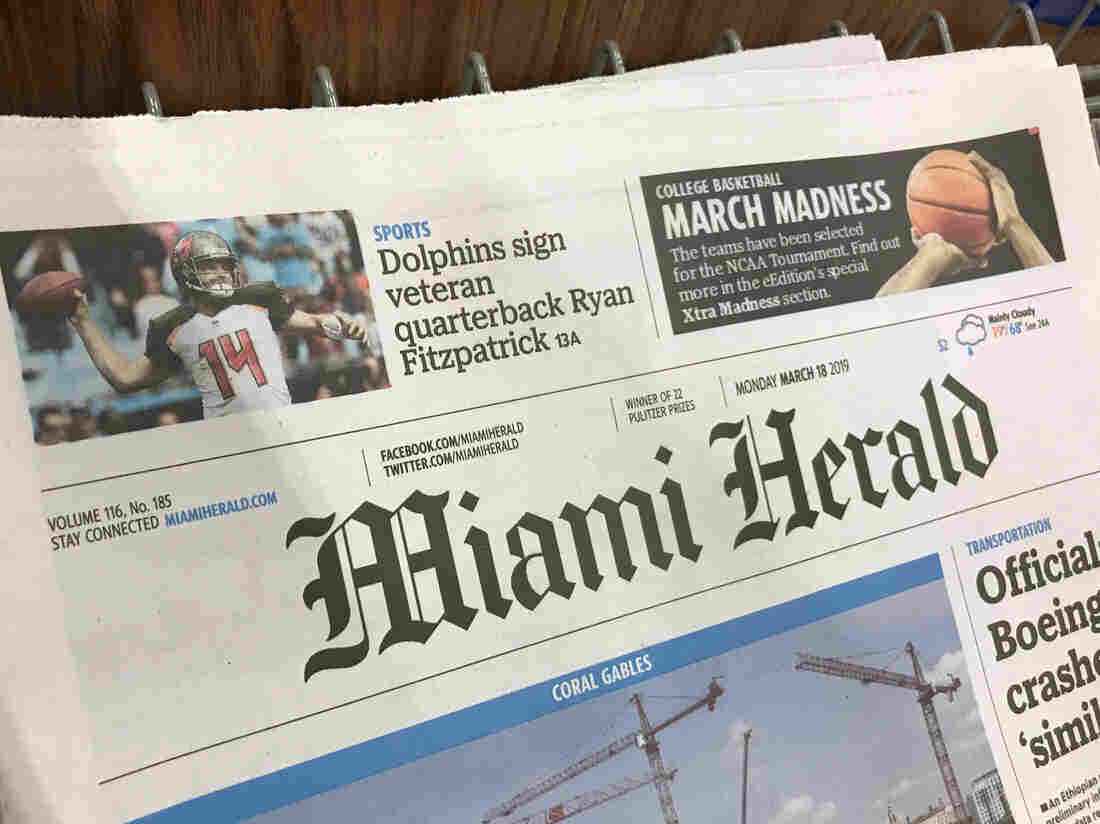 McClatchy acquired Knight Ridder, the owner of the Miami Herald and dozens of other newspapers, in 2006 but sold off several of those papers. Joe Skipper/Reuters hide caption 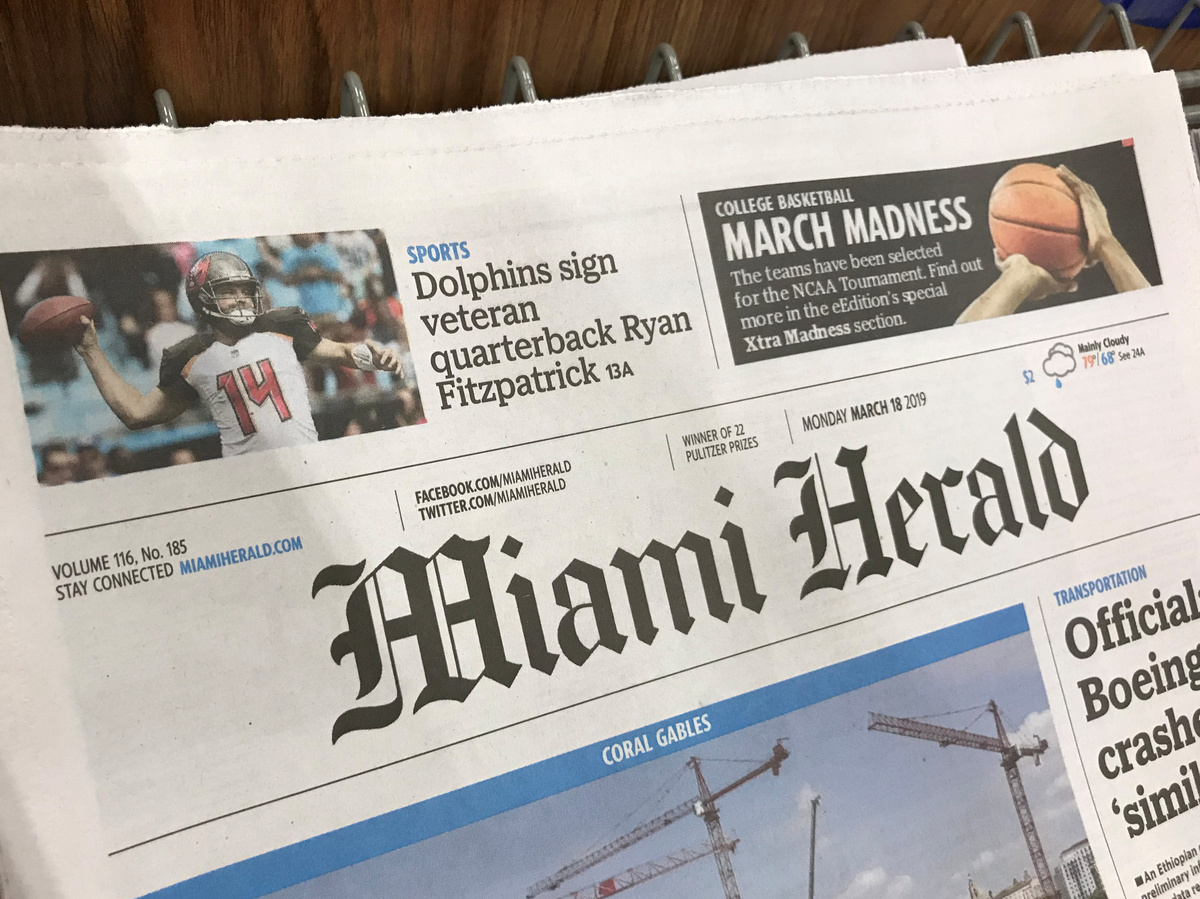 McClatchy acquired Knight Ridder, the owner of the Miami Herald and dozens of other newspapers, in 2006 but sold off several of those papers.

The long slide in the U.S. newspaper industry took another dramatic turn Thursday.

McClatchy, which operates the Miami Herald and The Kansas City Star among its 30 newsrooms in 14 states, announced it has filed for a Chapter 11 bankruptcy restructuring. Saddled with debt and pension obligations, McClatchy said it will continue to operate as normal during the process.

The company said it plans to emerge from bankruptcy in the next few months.

"McClatchy remains a strong operating company with an enduring commitment to independent journalism that spans five generations of my family,'' said Kevin McClatchy, the company's chairman and great-great grandson of its founder, James McClatchy.

"This restructuring is a necessary and positive step forward for the business, and the entire Board of Directors has made great efforts to ensure the company is able to operate as usual throughout this process," Kevin McClatchy added in a statement.

The company said it's negotiating with the Pension Benefit Guaranty Corp., the federal insurer of private pension plans, and its largest creditor "to address the future of our pension obligations and capital structure." The company said it expects that the PBGC will take over McClatchy's qualified pension plan.

A big investor declared Wednesday that newspapers are "all dying," Bloomberg reported.

Charlie Munger, vice chairman of Warren Buffett's Berkshire Hathaway, said "technological change is destroying the daily newspapers in America. The revenue goes away and the expenses remain and they're all dying." Munger did say that The New York Times and The Wall Street Journal are likely to keep going.

Munger was speaking in Los Angeles at the annual meeting of the Daily Journal Corp., where he is chairman.