6:52
Poland's Overhaul Of Its Courts Leads To Confrontation With European Union 6:52 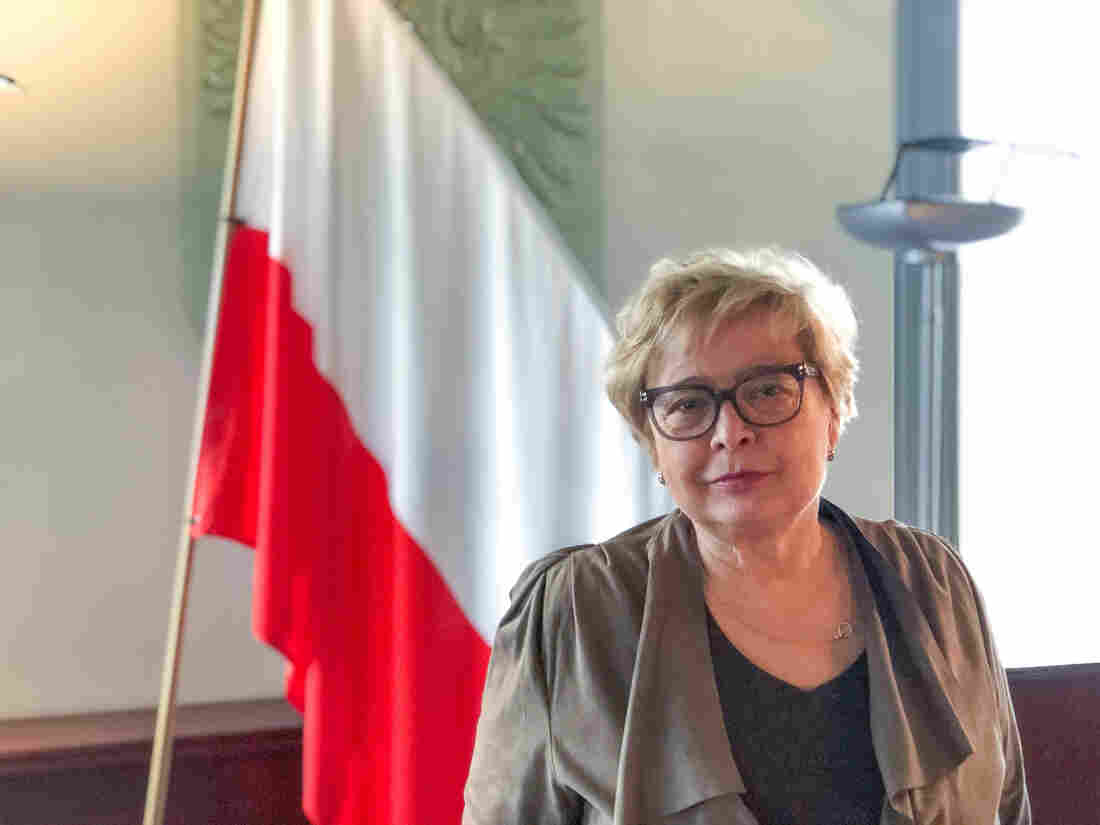 Małgorzata Gersdorf is First President of Poland's Supreme Court. She says the ruling party's overhaul of Poland's judicial system represents a clear assault on her country's democratic system of checks and balances, and she says the EU has been too slow to react. Rob Schmitz/NPR hide caption 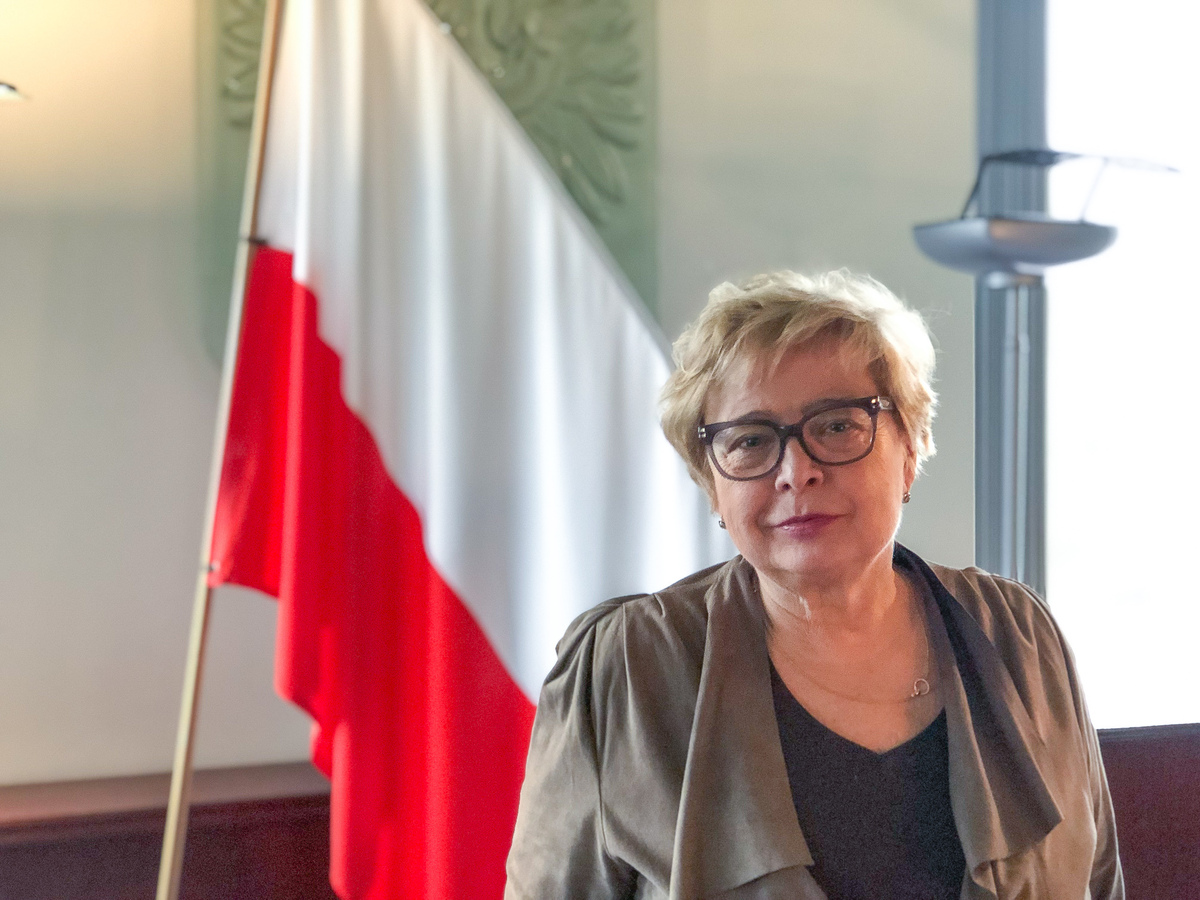 Małgorzata Gersdorf is First President of Poland's Supreme Court. She says the ruling party's overhaul of Poland's judicial system represents a clear assault on her country's democratic system of checks and balances, and she says the EU has been too slow to react.

WARSAW — Growing up under Soviet rule, Małgorzata Gersdorf says she yearned for a day when Poland would have freedom and justice. As a young lawyer, she took part in the Solidarity labor movement that sparked the transformation from communism to democracy in her country. After Poland's first democratic elections in 1989, she helped build her country's court system, and for the past six years, she's overseen the judiciary as First President of Poland's Supreme Court.

"But I never expected this," she says of the current ruling party's overhaul of Poland's judiciary. "It had been our dream to be a free European country ... we thought no one would take away our freedom."

The 67-year-old says building Poland's democracy took decades of work, and in a matter of just a few years, she's watched in horror as the populist party in power since 2015 has systematically dismantled it.

"The only thing they haven't managed to achieve is removing me from office before my term expired," she says.

Failing to oust Gersdorf was but a minor setback in the ruling party's step-by-step removal of judicial powers that led to Polish President Andrzej Duda's signing of a new law last week that promises punishment for any judge who dares to criticize the government's changes to the judiciary.

That ruling party stripping power from Poland's courts is named Law and Justice. The EU-skeptic, anti-immigrant party was founded in 2001 by former Prime Minister Jarosław Kaczyński and his twin brother Lech Kaczyński, who died in a plane crash in 2010 while serving as president. The party won parliamentary elections in 2015 and again in 2019 on a platform that promised to overhaul the country's overburdened and inefficient court system.

The party went straight to work, first filling the country's constitutional tribunal, the body that decides whether new laws are constitutional, with judges loyal to Law and Justice. Then, in 2017, it tried to purge the country's supreme court of nearly half its judges by introducing a law that lowered the retirement age. 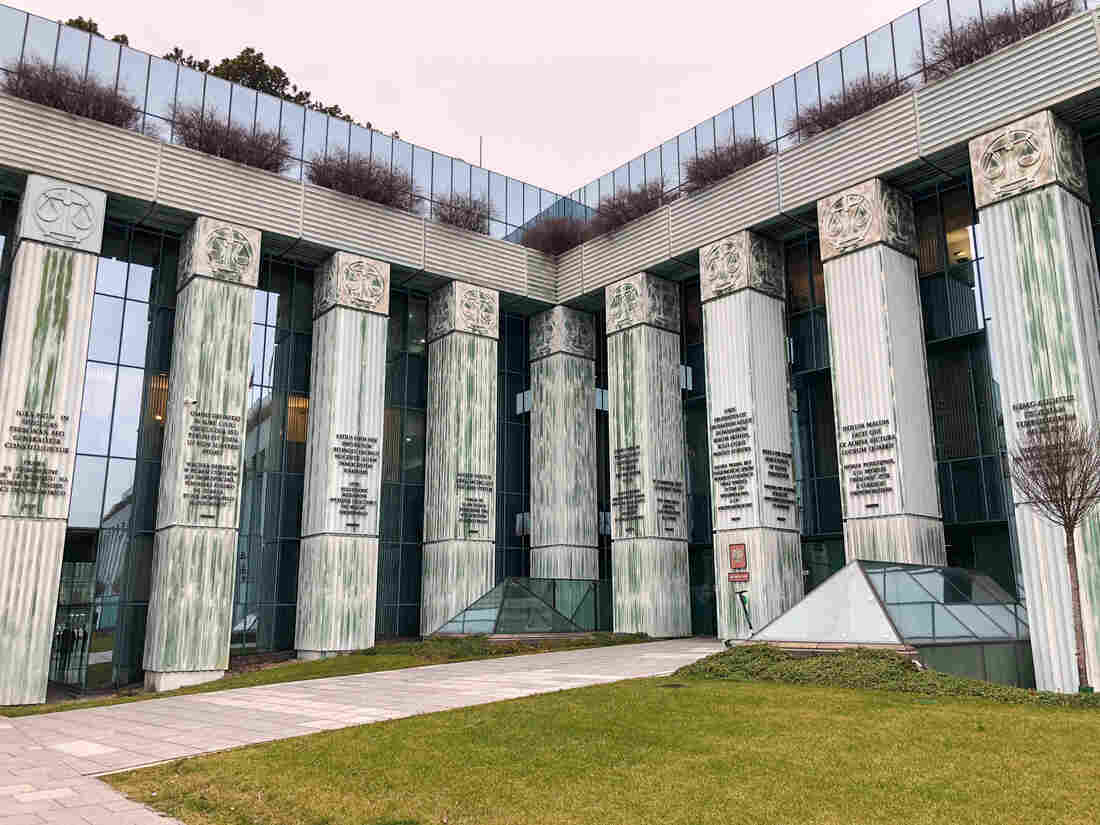 The Supreme Court of Poland in Warsaw, site of massive protests since 2015, when the ruling Law and Justice Party began overhauling the country's courts. Rob Schmitz/NPR hide caption 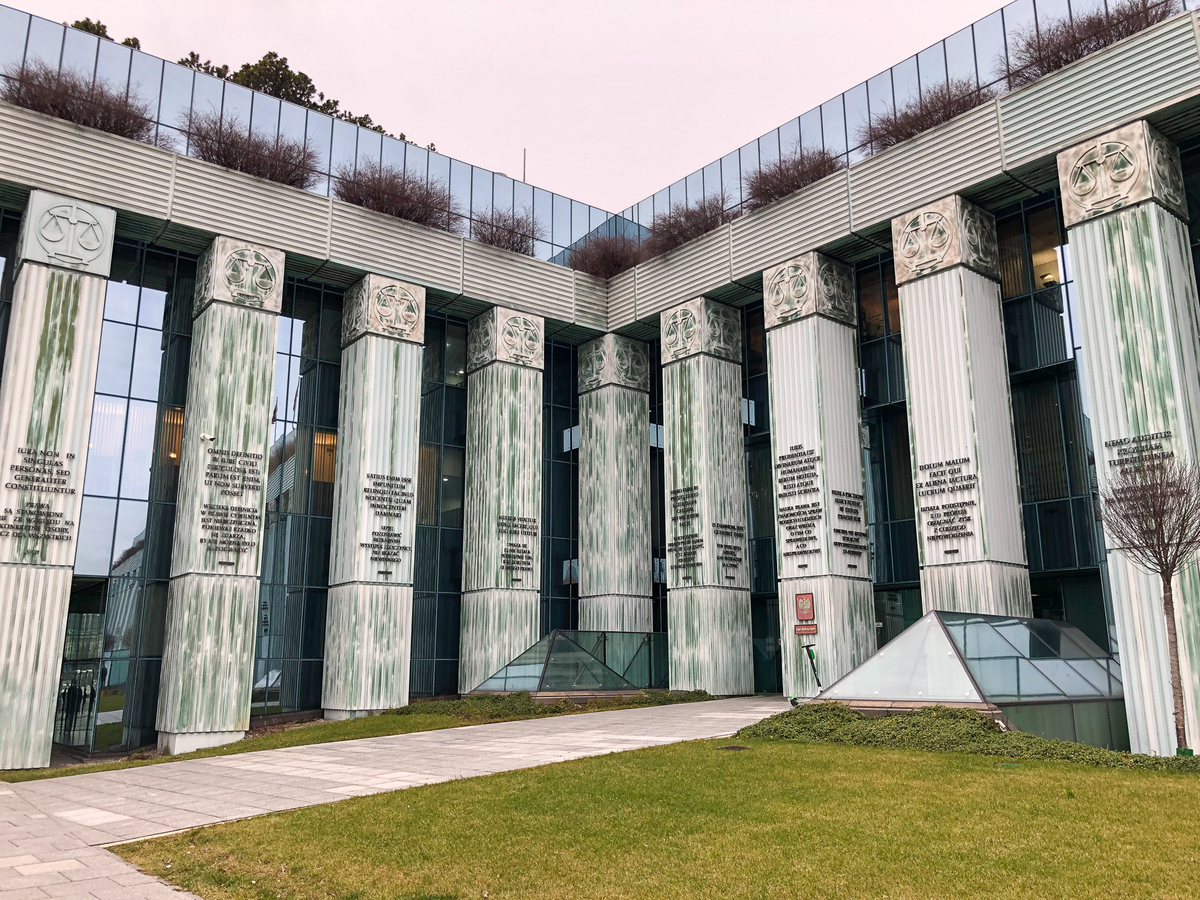 The Supreme Court of Poland in Warsaw, site of massive protests since 2015, when the ruling Law and Justice Party began overhauling the country's courts.

When that failed, the party changed tactics, turning its attention to the National Council of the Judiciary, a body charged with appointing Poland's judges. It took over the council, and when judges complained, the party then passed a law making those complaints illegal and punishable. With each step, the party's tactics were met with protests attracting tens and sometimes hundreds of thousands.

Throughout its campaign, the Law and Justice party has used Poland's popular government-funded public media broadcaster, TVP, as a tool to target judges who have fought back against its changes. After one judge appealed to the Court of Justice of the European Union, a host of a popular TVP nightly news program asked during a news segment if that judge thought he was part of an elite caste. The judge, Igor Tuleya, says after years of media attacks on him, he no longer feels safe.

"I pass a person on the street, and they shout, 'You whore, you traitor.' After someone smeared dog feces on my doorknob, my landlord kicked me out of my flat," he says. 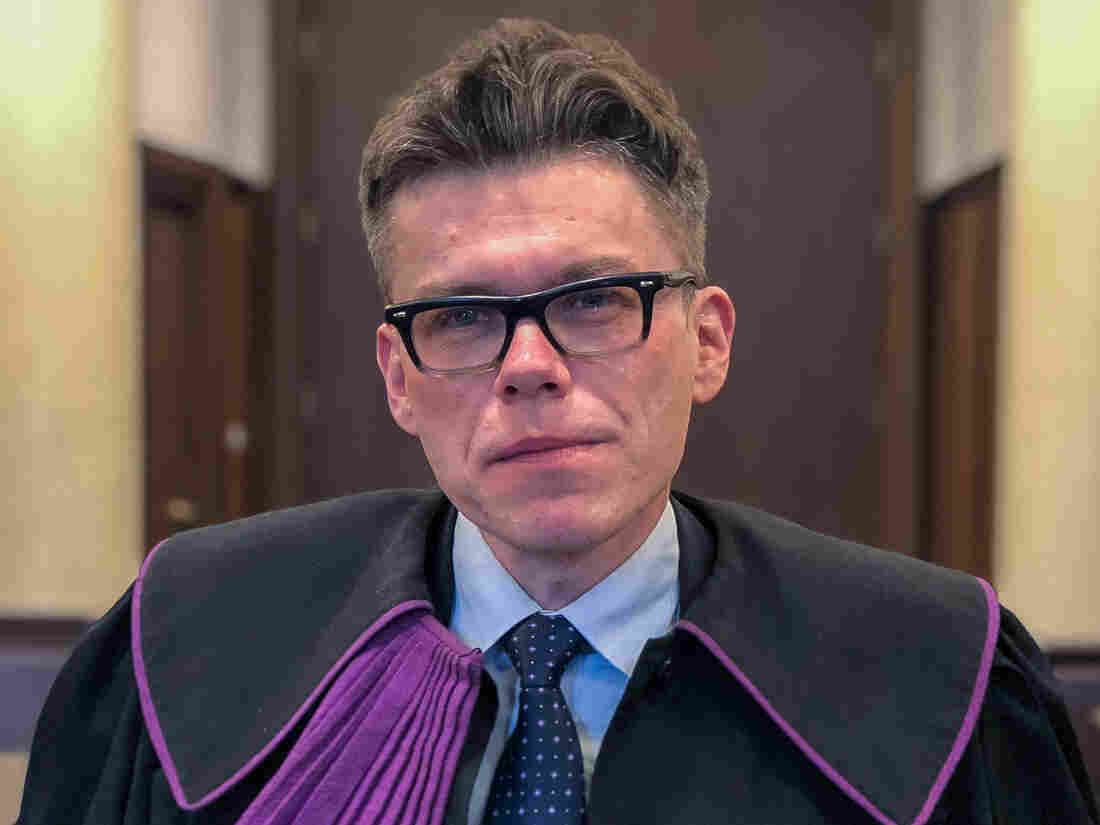 Polish Judge Igor Tuleya has been outspoken about the ruling party's assault on Poland's court system. His protests have spurred state-run media attacks on his reputation. Rob Schmitz/NPR hide caption 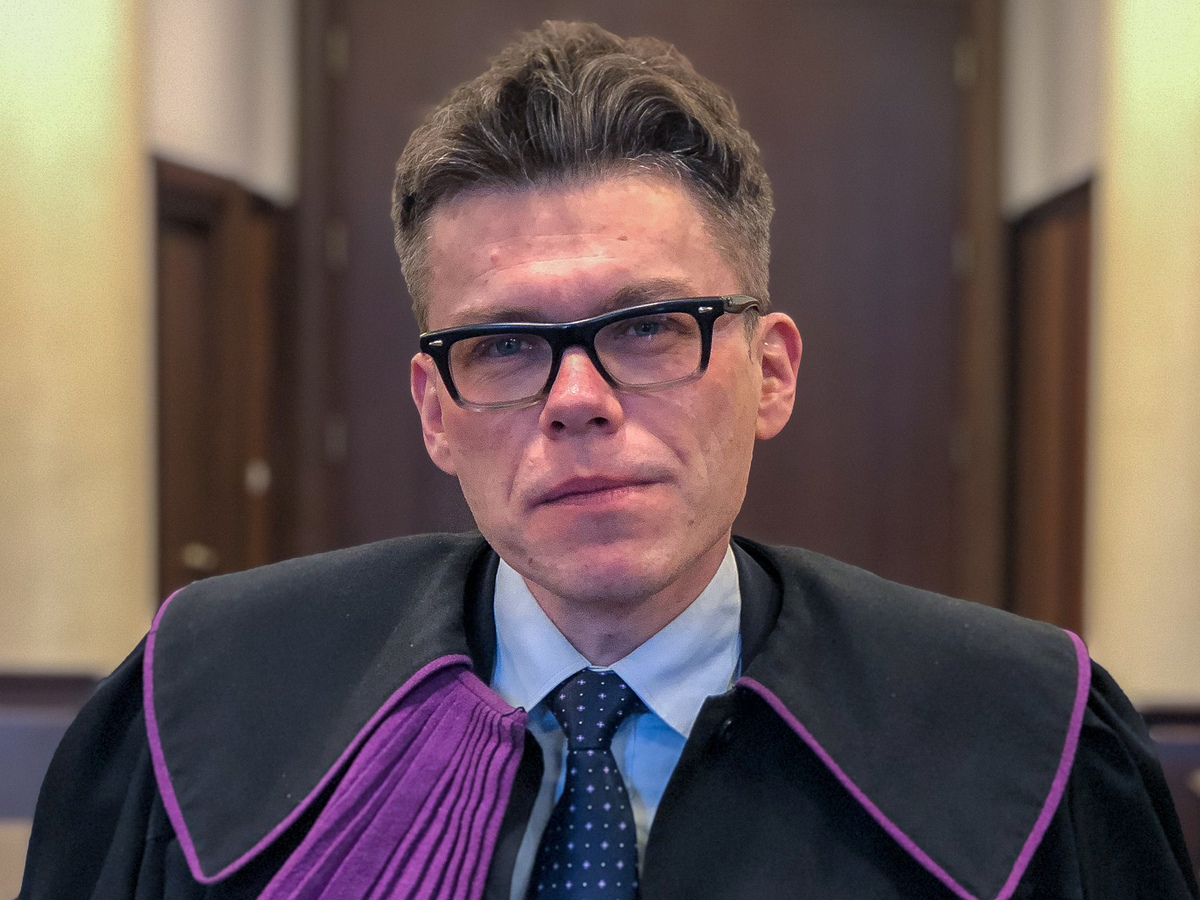 Polish Judge Igor Tuleya has been outspoken about the ruling party's assault on Poland's court system. His protests have spurred state-run media attacks on his reputation.

Tuleya, who's been summoned by Poland's overhauled National Council of the Judiciary to explain his criticism of the government's judicial changes, says the Law and Justice Party has a clear goal.

"They want to be famous for burning down the judicial system," says the 49-year-old. "They want subordination of the final independent institutions on which democracy is based, which is the independent courts. When that power is no more, then the fourth power — the free press — will disappear, because without free courts, you cannot defend a free press. This way, the entire state will be subordinated to the politicians of one single party."

Poland's Minister of Justice, Zbigniew Ziobro, did not reply to requests for an interview. Law and Justice party member Marek Ast, who chairs the justice and human rights committee in parliament, calls his party's overhaul of the courts "reforms" that restore balance to Poland's government.

"Until now in Poland, we've had a 'judgeocracy,'" says Ast. "It was judges who decided what the justice system looks like. They alone judged themselves within the disciplinary system. Despite their many pathological behaviors, they remain unpunished."

Ast and his party brethren say they're overhauling Poland's courts because they believe too many judges are ideological holdovers from the county's decades under Soviet rule. He estimates that one-third of all judges in Poland from the previous political system continue to adjudicate cases today. The actual figure is closer to 10%, but he says it doesn't matter.

"The problem is that those who used to adjudicate under communism have trained the next generation of judges, so their mentality has not changed," according to Ast.

He maintains that Polish judges have high salaries and extensive privileges that judges in other European countries don't enjoy, and despite that, he says the quality of their work is terrible. When asked — jokingly — why his party hasn't fired all of the country's judges, he considers the question seriously. "We would need a constitutional majority to make that possible, but maybe that kind of solution would be best." 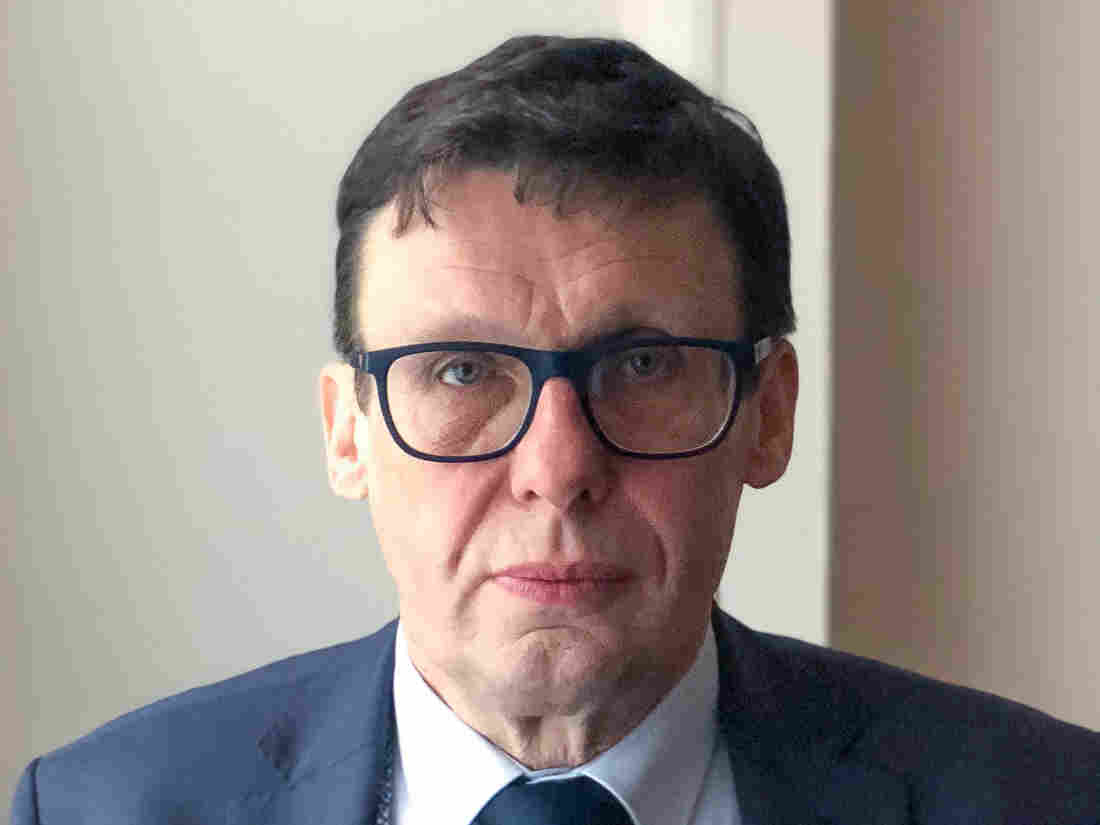 Marek Ast chairs the justice and human rights committee in Poland's parliament, and is a member of the Law and Justice Party. He says the government's overhaul of the judicial system is overdue. He insists it will restore balance to Poland's government. Rob Schmitz/NPR hide caption 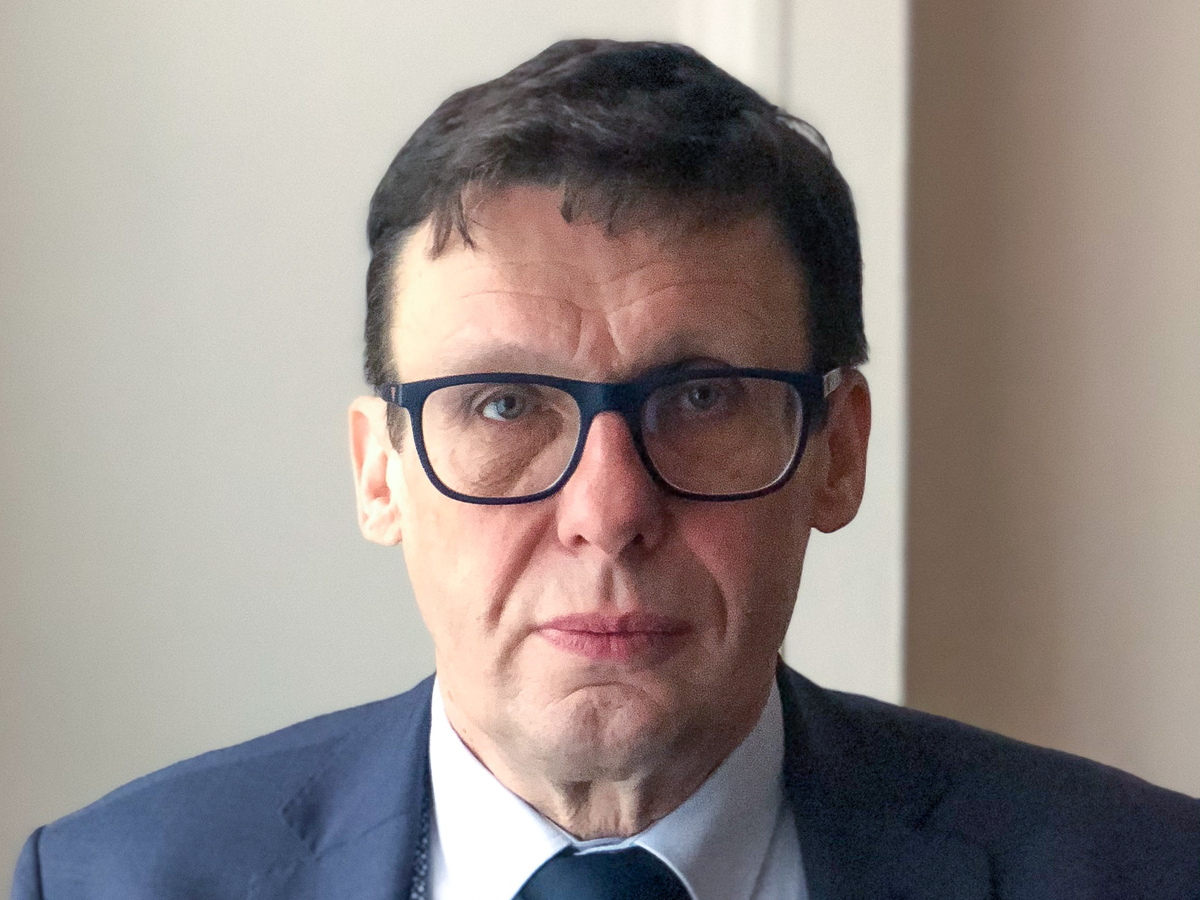 Marek Ast chairs the justice and human rights committee in Poland's parliament, and is a member of the Law and Justice Party. He says the government's overhaul of the judicial system is overdue. He insists it will restore balance to Poland's government.

Ast isn't alone in his thinking. Judge Maciej Mitera, the spokesman for the judiciary council, says Polish judges have hurt the integrity of their profession by protesting the government's overhaul of the judiciary.

"Can you imagine an American judge of any kind — especially a Supreme Court justice — parading in the street in their robes, carrying banners? That's not their place," says Mitera.

Warsaw University Law Professor Marcin Matczak says the ruling party's conservative base may agree the judiciary needs to be brought under control, but he says they may not understand that doing so could lead to real economic consequences. Matczak consults with foreign companies and says they're scared to invest in Poland for fear that they won't be protected by local courts in the case of a dispute.

"How can you trust that the Polish court that is under some kind of an impact of the politicians who urge the court to take into consideration the national interest that they can solve the problem?," he asks.

He calls the ruling party's endgame "Polexit," the eventual exit of Poland from the EU. In late 2017, the EU invoked Article 7 to deal with Poland's judicial overhaul. Dubbed "the nuclear option" for member states, it's a timeline that begins with warnings, proceeds to economic sanctions and risks the removal of the country from the EU parliamentary process.

Gersdorf of the Supreme Court is more worried about how Poland's gutting of its court system is part of a trend in Europe that started in Hungary and could also plague Romania, Bulgaria and other fledgling democracies. She's done a lot of thinking about where her country went wrong.

"We failed at educating people about what democracy is and how it works," says Gersdorf. "We didn't teach people what the constitution is, what its role is. I blame myself. I'm a teacher. I should have taught these young people that democracy is not just cool because it enables you to go skiing abroad. Because we were so thrilled with our freedoms — we just thought nobody would take it away."

Despite all this, Gersdorf insists she remains an optimist. When she steps down as head of the Supreme Court on April 30th, Gersdorf plans to devote the rest of her life to teaching young Poles how a democracy functions, and why a healthy legal system is crucial for its survival.

An earlier version of this story mistakenly attributed a quote given by Maciej Mitera, spokesman for Poland's National Council of the Judiciary, to Marek Ast of the Law and Justice party.