Accessibility links
Trump Administration Diverts $3.8 Billion In Pentagon Funding To Border Wall In a notice sent to Congress Thursday, the Pentagon said it is shifting billions from fighter jets and other weapons to help pay for a wall along the U.S. border with Mexico. 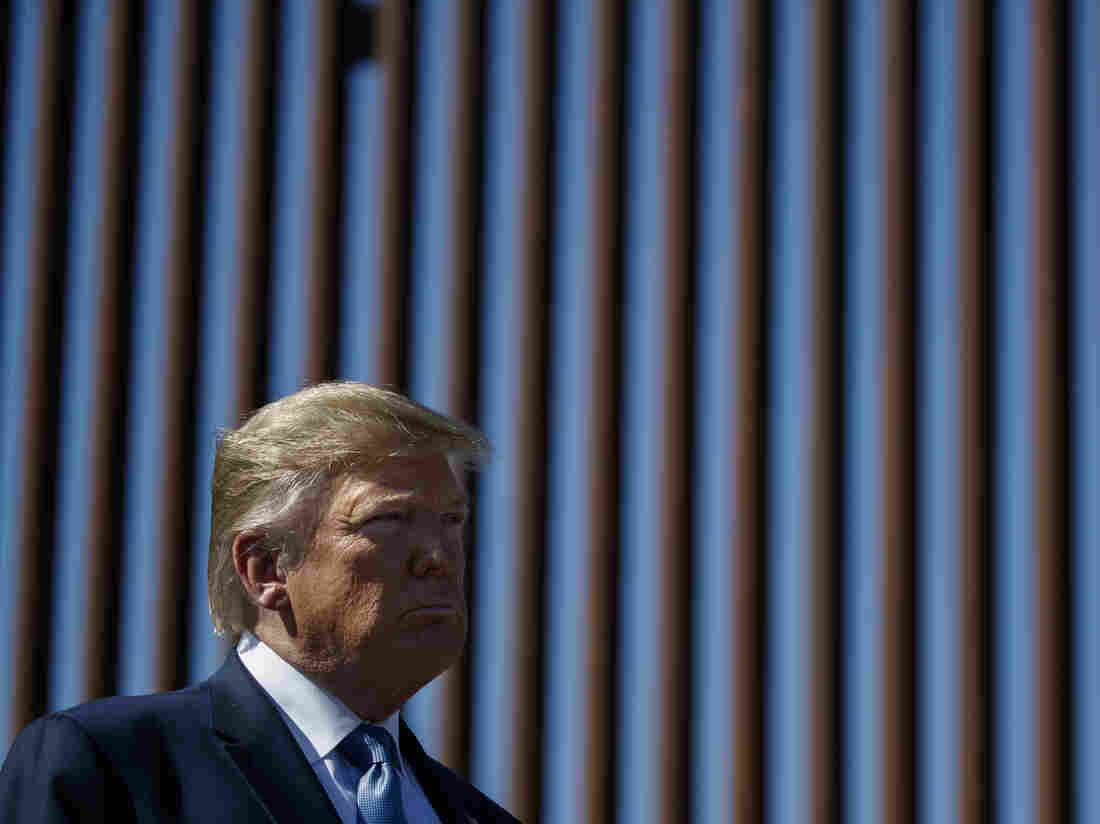 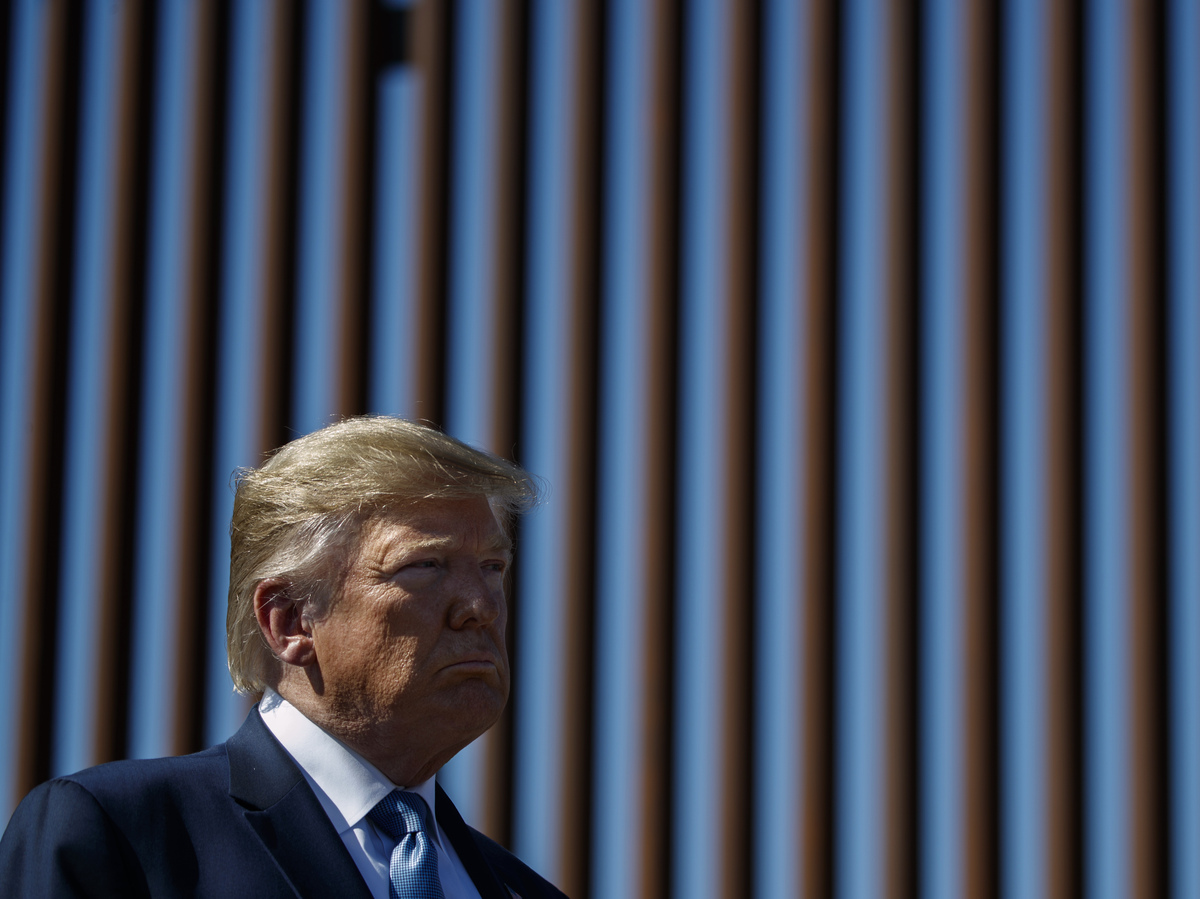 President Trump tours a section of the southern border wall in 2019, in Otay Mesa, Calif.

The Trump administration has notified Congress that it plans to divert $3.8 billion from the Defense Department's budget to build the border wall.

This is in addition to more than $11 billion that's already been identified to construct more than 500 miles of new barriers along the southern U.S. border with Mexico. That includes money that Congress has appropriated and funding that was previously diverted from military construction and counternarcotic operations.

The latest funding diversion takes $1.5 billion originally allocated for buying equipment for National Guard and Reserve units, such as trucks, generators and spare parts, as well as fighter jets and ships.

This administration said the diversion of funds was in support of "higher priority items" that were "necessary in the national interest," according to the notice transmitted to Congress. It continues:

"[The Department of Homeland Security] has identified areas along the southern border of the United States that are being used by individuals, groups, and transnational criminal organizations as drug smuggling corridors, and determined that the construction of additional physical barriers and roads in the vicinity of the United States border is necessary in order to impede and deny drug smuggling activities."

The move drew bipartisan criticism, including from the top Republican on the House Armed Services Committee, Texas Rep. Mac Thornberry.

"The wall should be funded, but the funding must come through the Department of Homeland Security rather than diverting critical military resources that are needed and in law," Thornberry said in a statement.

He added that Congress must act and is weighing how to proceed.

"Congress has the constitutional responsibility to determine how defense dollars are spent," he said. "The re-programming announced today is contrary to Congress's constitutional authority, and I believe that it requires Congress to take action. I will be working with my colleagues to determine the appropriate steps to take."

Rep. Adam Smith, D-Wash., the chairman of the House Armed Services Committee, accused the president of being "obsessed with fulfilling a campaign promise" while accusing the administration in a tweet of "stealing billions" from the Department of Defense.

Today’s reprogramming request confirms once again that the President is obsessed with fulfilling a campaign promise at the expense of our national security. This admin has already stolen billions from the DoD for the President’s vanity wall, and today they are doubling down.

She blamed Democrats for failing to work on securing the border, which in turn "forced the president to redirect funds."

"I unequivocally support President Trump's efforts to secure our nation's borders and support our men and women in uniform. Democrats have refused to work with us on border security, which has forced the President to redirect funds from other defense programs in the short term in order to secure the southern border," she said in a statement. 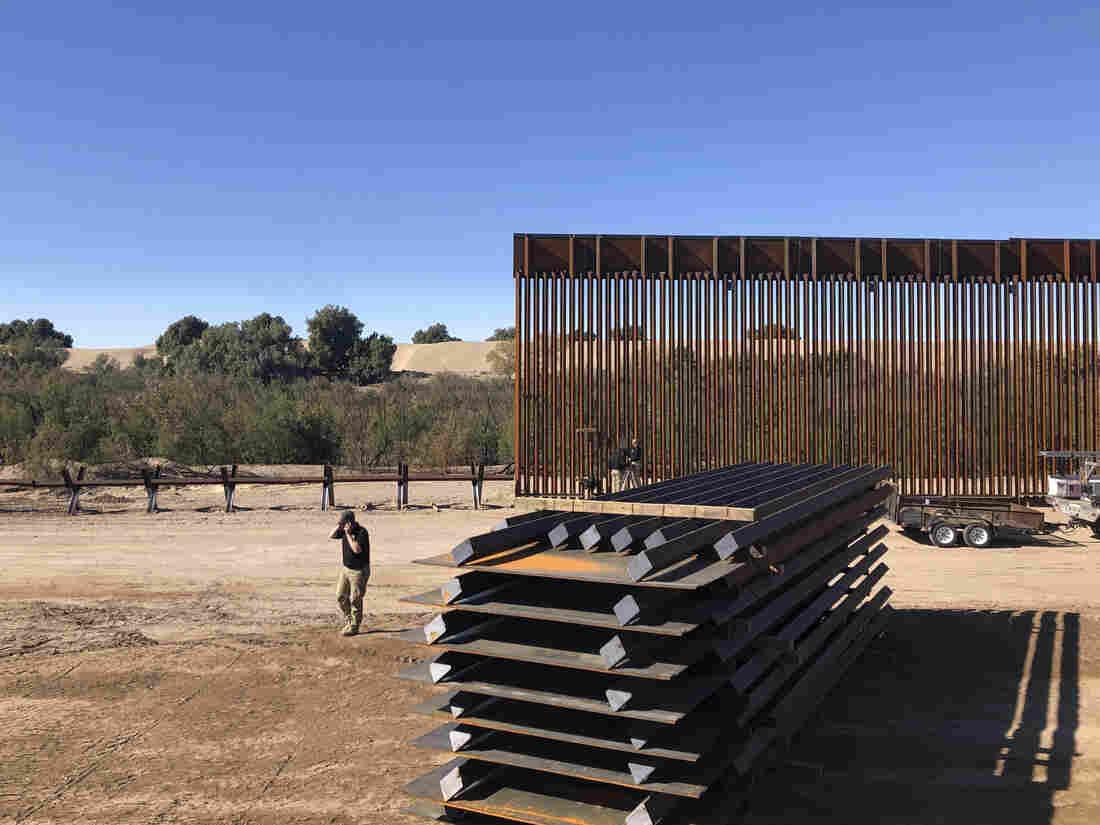 People work at a portion of border wall which is under construction in Yuma, Ariz. Illegal border crossings have plummeted as the Trump administration has extended a policy to make asylum seekers wait in Mexico for court hearings in the U.S. Elliot Spagat/AP hide caption 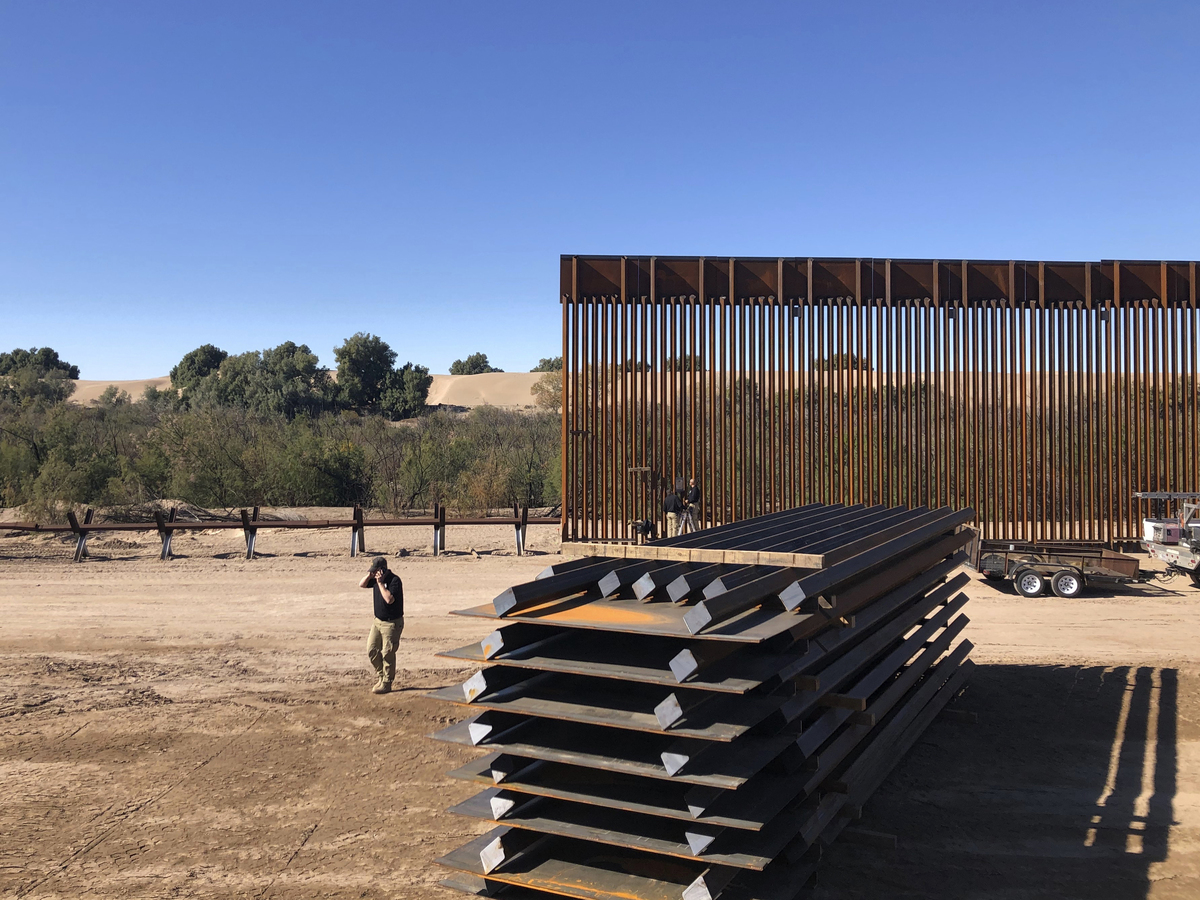 People work at a portion of border wall which is under construction in Yuma, Ariz. Illegal border crossings have plummeted as the Trump administration has extended a policy to make asylum seekers wait in Mexico for court hearings in the U.S.

Lt. Col. Chris Mitchell, a Pentagon spokesperson, said the Department of Defense was "committed" to helping Homeland Security to construct fences and roads, and install lighting to thwart drug smuggling. He said the $3.8 billion will build more miles of barrier "to protect our borders."

"Last month we received a new request from the Department of Homeland Security asking for assistance in blocking drug-smuggling corridors on Federal land along the southern border of the United States," Mitchell said.

"In response, the Secretary of Defense authorized support of $3.8B to build approximately 177 miles of fencing that will help to protect our borders. We will continue to support DHS and other agencies as needed to keep our homeland is secure."

Democrats, including House Speaker Nancy Pelosi, D-Calif., and the top Democrat in the Senate, Chuck Schumer of New York disagree.

They issued a joint statement that said Congress, not the executive branch, has the power of the purse, adding that it's "a power that cannot be nullified so the President can fulfill an outrageous campaign promise."

"This latest theft of nearly $4 billion in military funds represents another of President Trump's broken promises to our servicemembers, especially our brave sailors who he assured would receive funding for urgently needed, state-of-the-art ships," the press release said.

This is not the first time the Trump administration has redirected funds from the Pentagon to go toward a wall along the southern border.

Last March the Defense Department announced it would shift $1 billion from a military personnel account in order to pay for a 57-mile section of fencing.

The administration said at the time the dollars became available after recruiting goals of some service branches came up short of expectations.

The border wall has been controversial since then-candidate Trump made building a barrier a central pillar of his 2016 presidential campaign. He promised back then the wall would come at no cost to U.S. taxpayers and that Mexico would fully fund the project, which it has not.

In a status report last month, NPR's John Burnett noted that U.S. Customs and Border Protection, which is overseeing the barrier construction, said the price tag for project has exceeded $11 billion dollars, making it the most expensive wall of its kind in the world.

Read the Reprogramming Action Notice below.