Accessibility links
Andrew McCabe Will Not Face Charges From Justice Department McCabe, the former FBI deputy director, had been under investigation over whether he lied about a media leak. 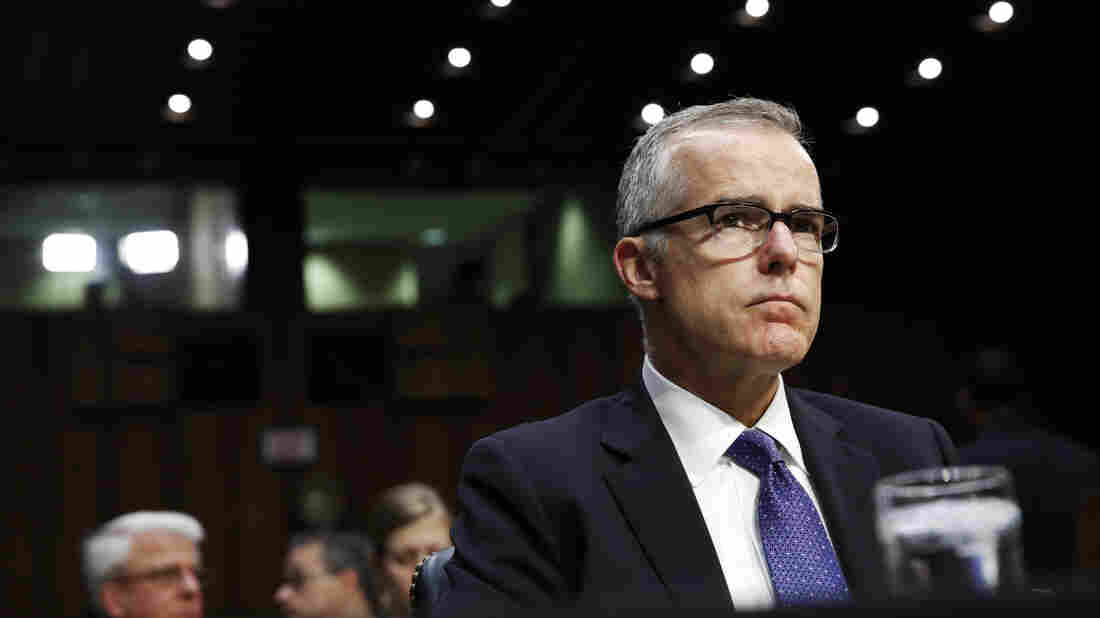 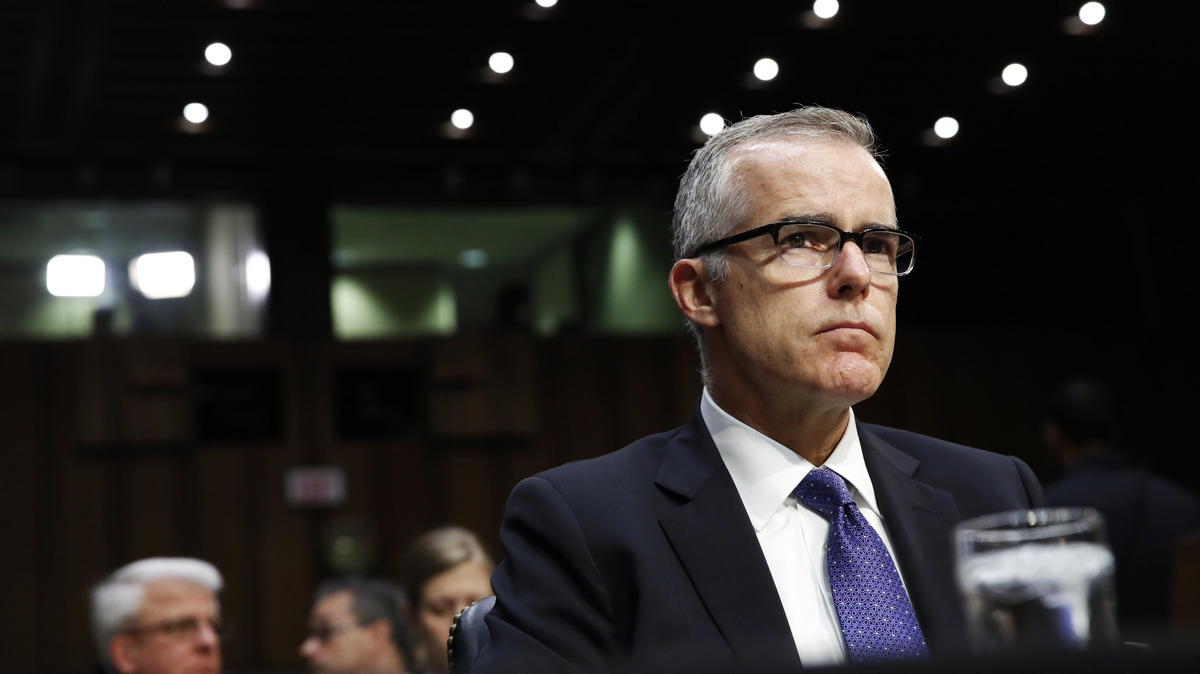 The Justice Department announced Friday that former FBI Deputy Director Andrew McCabe will not be charged following an allegation by the department's inspector general that he lied to investigators about a leak to the media.

In a letter to McCabe's attorneys, the department said that "based on the totality of the circumstances and all of the information known to the government at this time, we consider the matter closed."

The decision is not likely to sit well with President Trump.

Trump has repeatedly criticized McCabe online and in public remarks. McCabe has long been the target of Republican leaders who allege political bias within the FBI.

McCabe's wife ran for the state legislature in Virginia as a Democrat, prompting early attacks that he might be going easy on Hillary Clinton. Later, McCabe was fired after investigators concluded he lacked candor about an episode involving the release of information to a reporter.

He was relieved of duty in March, hours before he was set to retire.

McCabe always has maintained he has done nothing wrong and called himself the victim of political vengeance.

"At long last, justice has been done in this matter," McCabe's lawyers said on Friday.

"We said at the outset of the criminal investigation, almost two years ago, that if the facts and the law determined the result, no charges would be brought," they said in a statement. "We are pleased that Andrew McCabe and his family can go on with their lives without this cloud hanging over them."

The allegations against McCabe stemmed from a Justice Department Office of Inspector General's report, which found that McCabe "lacked candor" when he told investigators that he did not know who authorized an aide to talk to the Wall Street Journal about the FBI investigation into the Clinton Foundation.

The Justice Department's decision not to pursue charges against McCabe comes a day after Attorney General William Barr publicly lashed out at Trump, saying his tweets "make it impossible for me to do my job."

McCabe has sued the Justice Department, alleging that his March 2018 firing by then-Attorney General Jeff Sessions was a politically motivated act of retribution by Trump and "unlawful."