Accessibility links
Why Harvard Professor Charles Lieber Was Arrested : Short Wave Harvard chemist Charles Lieber was arrested in January on charges he lied about funding he received from China. Some say the case points to larger issues around scientific collaboration in an era of geopolitical rivalry, as well as the racial profiling of scientists. 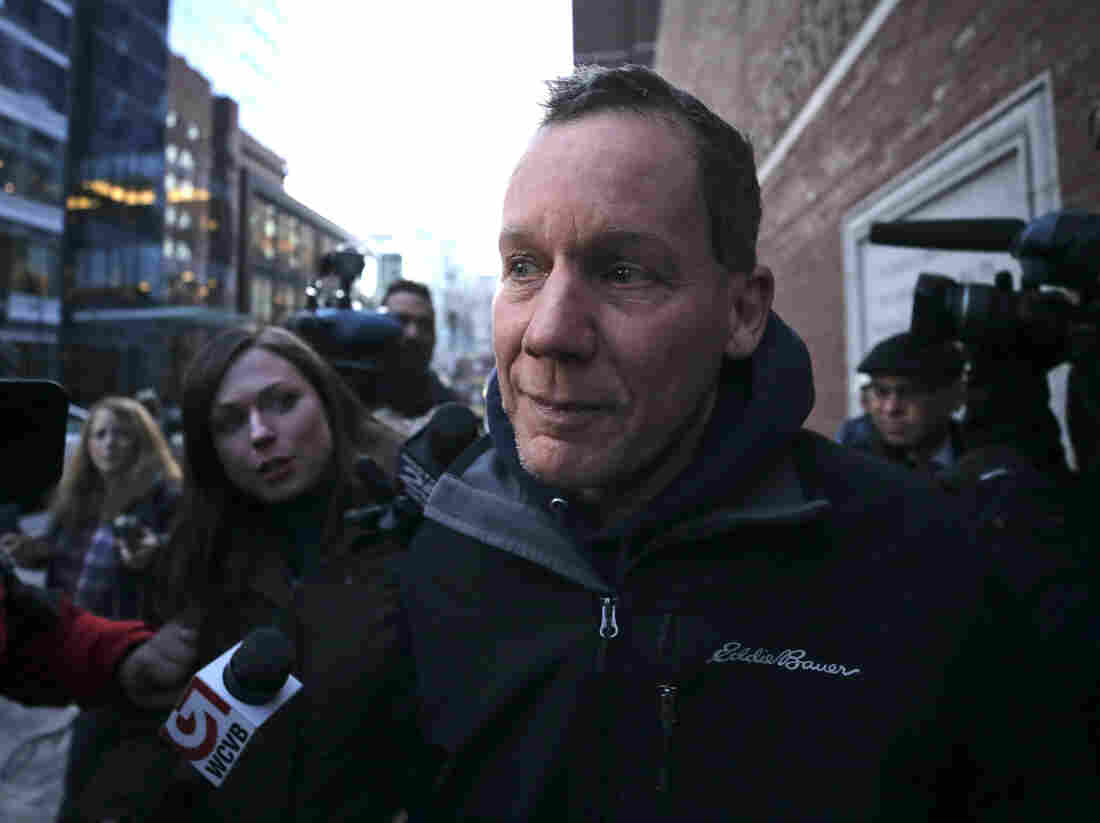 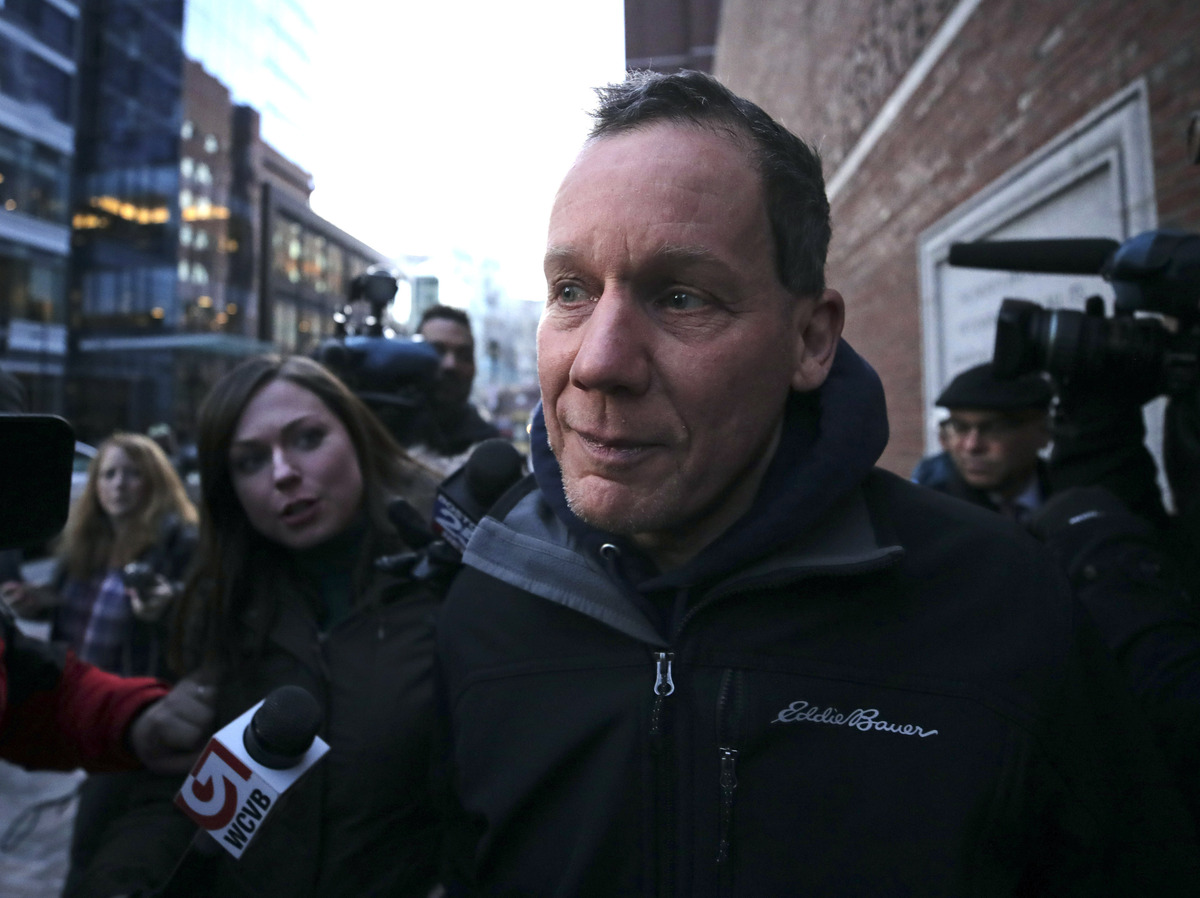 Until late last month, Charles Lieber lived the quiet life of an elite American scientist. His lab at Harvard University researched things like how to meld tiny electronics with the brain. In his spare time, he grew award-winning pumpkins in front of his house.

Now Lieber faces charges of trading knowledge for money and lying about it. Prosecutors allege he set up a lab in China in exchange for hundreds of thousands of dollars in payments from the Chinese government and then denied knowledge of those payments to U.S. investigators.

Lieber's attorney, Peter Levitt, declined to talk to NPR about the allegations. But others watching the case say it raises important questions about ethics, scientific openness and possible racial profiling in an era of geopolitical tension.

"This is a big, big case," says Frank Wu, a professor at the University of California Hastings College of the Law who tracks Chinese espionage cases. "This is a case that's all about U.S.-China relations. It's about competition. It's about how science should be done."

The Lieber case centers on a Chinese recruitment program called the Thousand Talents Plan. It was started by the Chinese government in 2008, primarily as a way to draw Chinese researchers back to China, according to Michael Lauer, the deputy director of extramural research at the National Institutes of Health.

"The Chinese government wanted to bring back outstanding scientists to China, so as to develop their science and technology," Lauer says.

Over time, the program began to recruit Western scientists as well. Researchers were asked to set up labs in China and spend at least part of their time doing work there, in exchange for grants and expenses paid. Some relocated to China, but others split their time between their home institutions and a Chinese university.

Such programs exist in other countries. Canada, for example, has had a 150 Research Chairs program that looks similar in many ways to the Thousand Talents Plan.

But the NIH has become aware of numerous ethical breaches related to the Chinese plan, Lauer says. Some researchers have submitted identical grant applications to both the NIH and Thousand Talents. Others have shared confidential grant applications from other researchers with their collaborators in China. And then there is the question of money: Researchers are failing to disclose the funding they receive from China to U.S. agencies like the NIH, as required by law.

"The types of behaviors that we are seeing are not subtle or minor violations," Lauer says. "What we're seeing is really quite egregious."

The funding issues have already cost over a dozen researchers their jobs at institutions around the U.S. Lauer says the NIH is investigating about 180 other scientists, though many other participants appear to be conducting their work aboveboard.

The increased scrutiny by research agencies like NIH has been accompanied by a rise in criminal prosecutions by the Justice Department. In 2018, Attorney General Jeff Sessions launched what he called the China Initiative, a broad program to crack down on the transfer of U.S. knowledge to China. To date, the initiative has brought criminal charges against dozens of people and won several convictions for espionage.

These kinds of cases are not always straightforward, especially when fundamental research is involved. In spring 2015, Xi Xiaoxing, a physicist at Temple University in Philadelphia, was arrested and accused of sharing sensitive technology with his collaborators in China.

It later emerged that he never did. What's more, he says, everything he did share was already public, because the findings of basic research aren't secret. They're published in scientific journals.

"Academic espionage is a contradiction," Xi says. "There's nothing to steal, you can just sit there and read your paper." 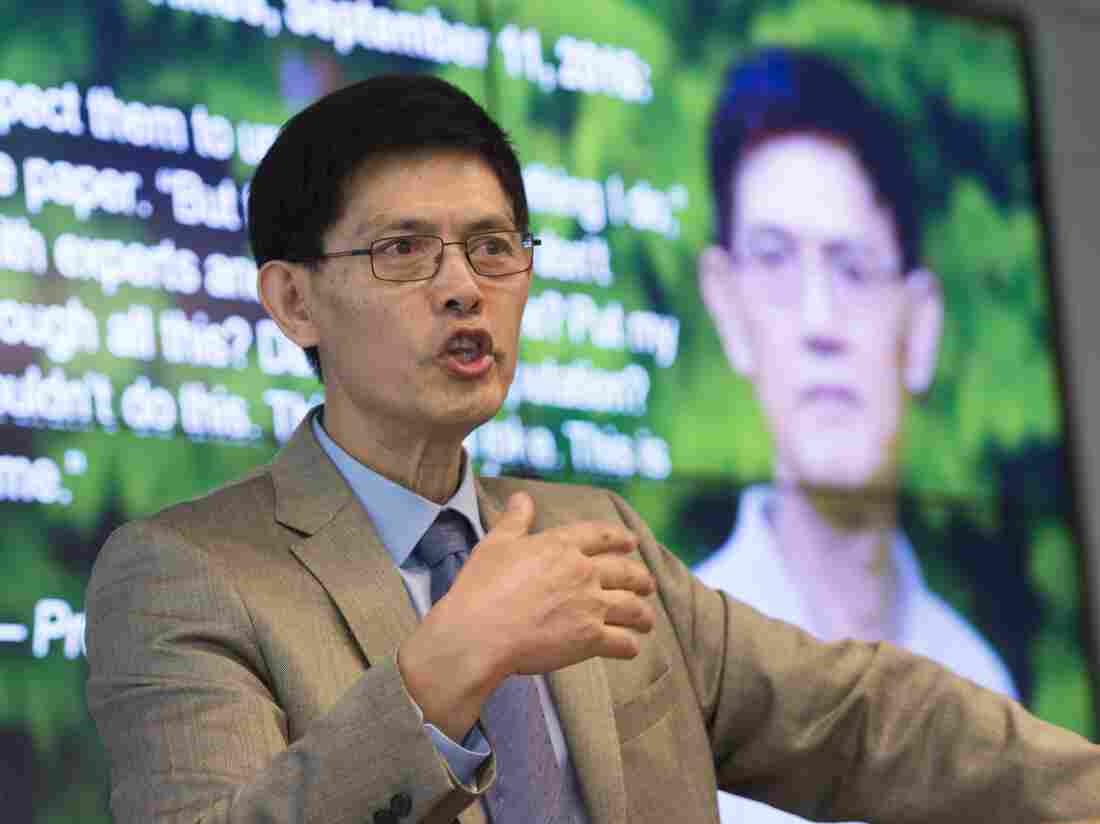 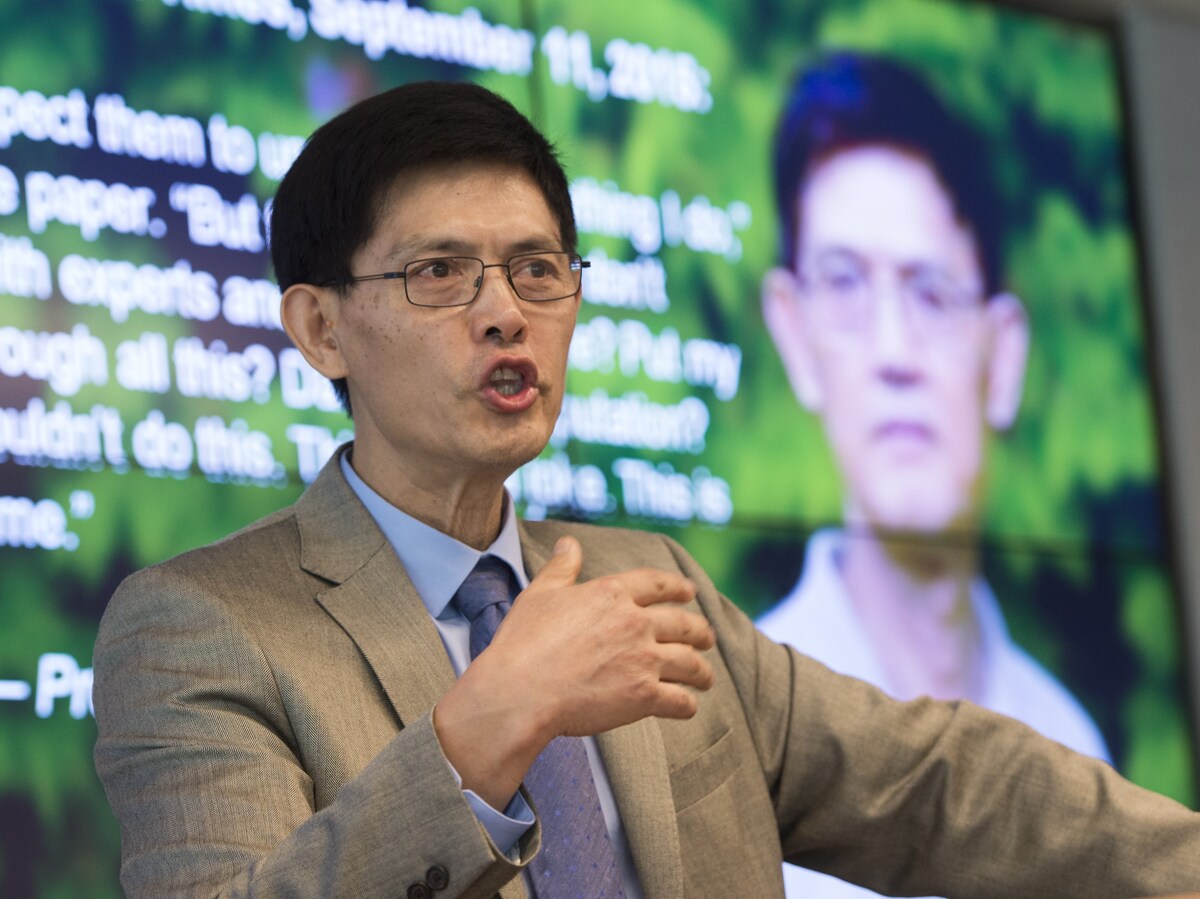 Xi Xiaoxing was falsely accused by the government of transferring technology to Chinese collaborators.

The federal prosecutor who is pursuing the case against Harvard chemist Charles Lieber agrees.

"All the Thousand Talents program does is induce people who are doing research in the United States to come to China, and do the same research, by offering them money," says Andrew Lelling, the United States attorney for the District of Massachusetts. "And that's not illegal, per se."

But Lelling says researchers have to disclose the money they receive to funding agencies and to their home university. That's in part because federal research agencies don't want to pay for the same science twice — in the U.S. and in China.

The criminal complaint against Lieber alleges that he lied to both the government and Harvard about his involvement in the Thousand Talents Plan. According to the complaint, Lieber was involved with the program from at least 2012 to 2017. His contract called for a salary as high as $50,000 a month, along with about $150,000 per year for living expenses and $1.5 million to establish a lab at the Wuhan University of Technology.

Lieber set up the "WUT-Harvard Joint Nano Key Laboratory," according to the complaint, without telling Harvard about it. The complaint says that when questioned by Harvard and investigators from the Department of Defense, which, together with the NIH, gave him nearly $18 million in grants, Lieber said, "He was never asked to participate in the Thousand Talents Program." Lieber is currently out on a $1 million dollar bond.

Lieber isn't Chinese, but many of the researchers getting arrested or fired over accusations they took money from the Thousand Talents program are Chinese nationals or of Chinese ethnicity. That has led some to assert that the government is racially profiling, a charge Lelling denies.

Harvard, Yale Accused Of Failing To Report Hundreds Of Millions In Foreign Donations

"If it was the French government that was attempting to steal U.S. technology in a massive decadelong campaign, we'd look for French people. But it's not, it's the Chinese government," he says.

Still, law professor Frank Wu says a recent increase in criminal prosecution marks a big change. Up until a few years ago, universities were urging their researchers to collaborate with China. If there was a funding issue, a researcher might face disciplinary action, "but you wouldn't face being fired and going to prison and having your name dragged through the mud as a spy," Wu says.

Wu says he fears this new, and in his eyes heavy-handed, response could end up alienating tens of thousands of students and researchers of Chinese origin. These are researchers who he believes provide the U.S. far more than anything China is getting through its Thousand Talents Plan.

"Scientific progress here, entrepreneurial progress here, has been driven in large part by Asian immigrants," he says. "We need the talent to want to come to these shores."

This episode was produced by Brit Hanson and edited by Viet Le.