Accessibility links
Early Novel Written By Free Black Woman Called Out Racism Among Abolitionists In 1859, Harriet E. Wilson published a book about life as an indentured servant in New Hampshire. It remains an obscure classic because it challenges white ideals about racism in the North. 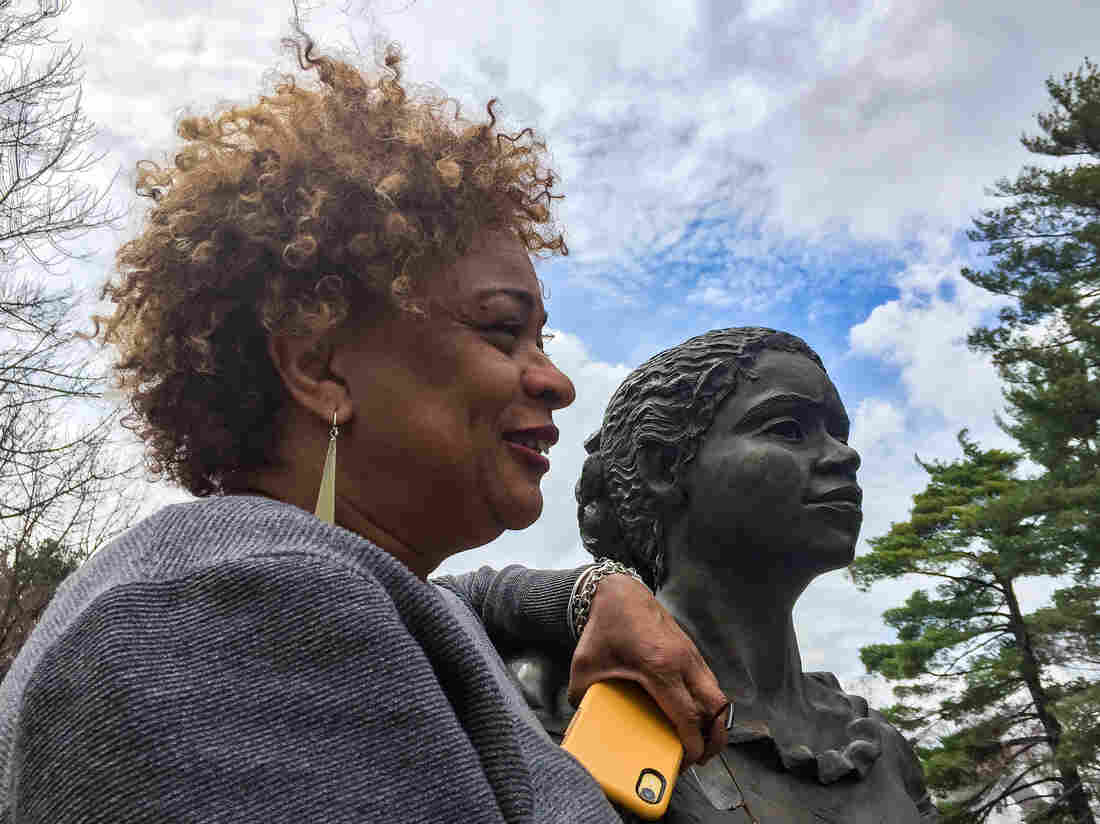 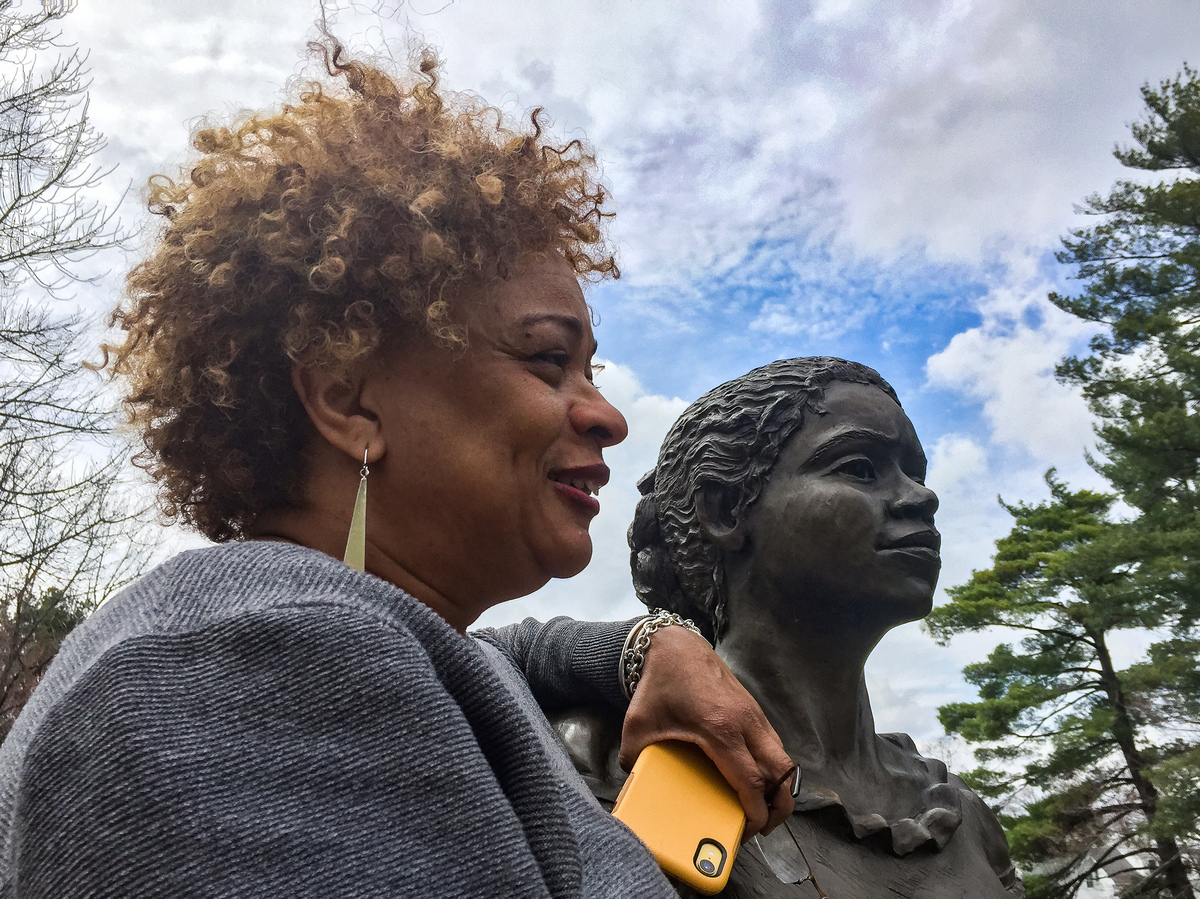 JerriAnne Boggis, executive director of the Black Heritage Trail of New Hampshire, poses with a monument that was erected in Harriet E. Wilson's honor. Boggis says when she read Wilson's book, she felt as if it was written the book just for her.

Here's one thing historians know to be true about Harriet Wilson: Some indomitable part of her spirit allowed her to survive a life on the margins of American society. 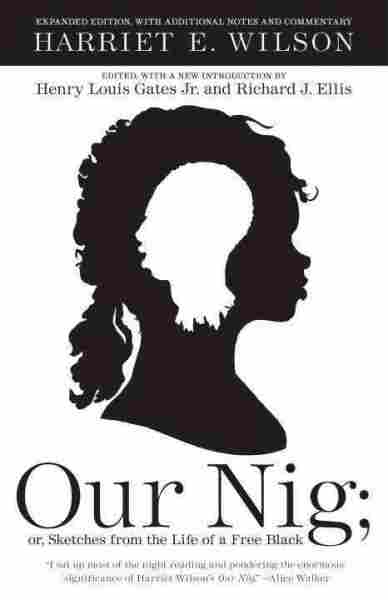 or, Sketches from the Life of a Free Black

Title
Our Nig
Subtitle
or, Sketches from the Life of a Free Black
Author
Harriet E. Wilson and Henry Louis Gates Jr.

In 1859, Wilson published a book that she gave a provocative title: Our Nig. That name is a derivative of a racist nickname given to the book's protagonist, a little girl of mixed race who grows up as an indentured servant to a white family. The girl is tortured by the family matriarch, beaten and forced to sleep in a frigid crawl space. Even the kindest members of the family call her "nig."

"Some of the things she wrote in her book were shocking," says JerriAnne Boggis, founder and director of The Harriet Wilson Project. "But it's not any more shocking than anything that you didn't know about slavery. It was shocking that it happened in the North because that's not our story. Our story is the abolitionist movement."

Wilson's book called out racism among abolitionists in the North. It's also emblematic of how important pieces of African American history can be forgotten — and then rediscovered.

In the novel, Wilson did not say much about the story's setting or about herself. But Our Nig's long subtitle gave clues historians would later pick apart: "Sketches from the Life of a Free Black in a Two-Story White House, North; Showing That Slavery's Shadow Falls Even There."

"A period of harsh indenture"

Wilson's book never sold well in the 1800s, and it disappeared for more than 100 years. Then in the 1980s, her story intersected with a historian who was destined to become one of America's most famous storytellers: Henry Louis Gates Jr.

Gates is now the host of Finding Your Roots on PBS and the director of the Hutchins Center for African and African American Research at Harvard University. But in the early 1980s, he had just finished his doctoral dissertation and was wandering the aisles of a rare-book store in New York City. He saw a title that jumped off the shelf.

"When I read the preface," Gates continues, "the woman said that she was black and that she was writing this book because she was in such dire straits that she had had to put her son into a foster home. She was hoping that her colored brethren would rally around her universally to purchase this book." 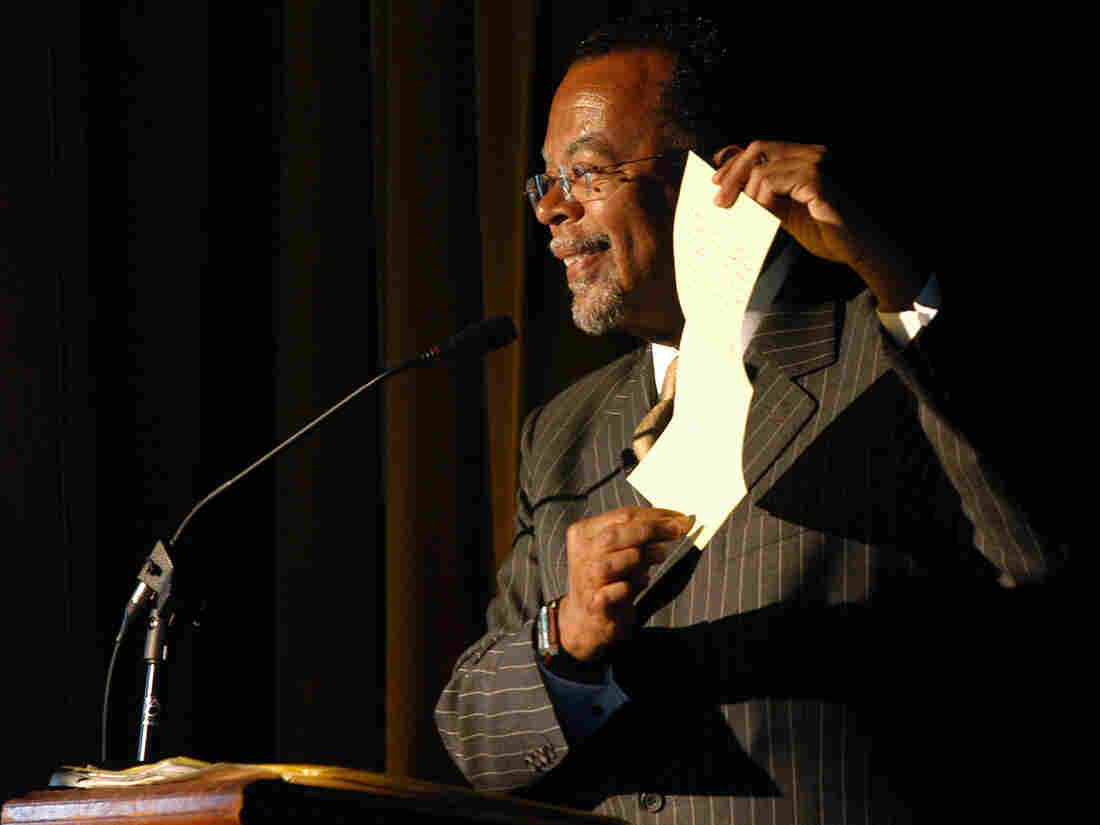 Henry Louis Gates Jr. uses a folded piece of paper to show how information on African American writer Harriet E. Wilson was lost when copied to microfilm, while giving a speech about the author in 2004 at the Milford Town Hall in New Hampshire. Lee Marriner /AP hide caption 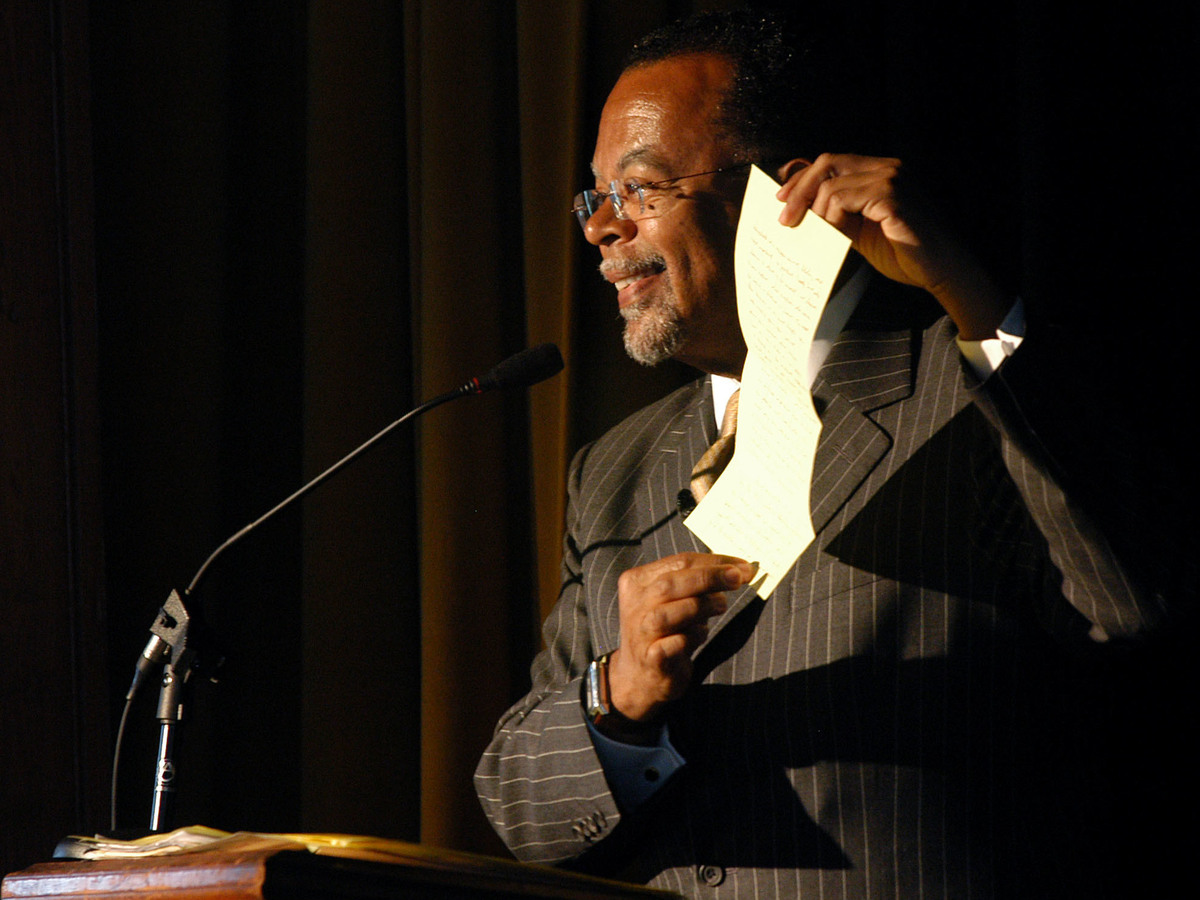 Henry Louis Gates Jr. uses a folded piece of paper to show how information on African American writer Harriet E. Wilson was lost when copied to microfilm, while giving a speech about the author in 2004 at the Milford Town Hall in New Hampshire.

Gates dove into historical archives looking for a Harriet E. Wilson, and discovered one born to a white mother and black father in Milford, N.H., in 1825. Among the facts Gates discovered about Wilson that corroborated details from the novel were that she had a child in a poorhouse at the time she wrote the story. Sadly, Gates learned, her son passed away shortly after she published her book.

Wilson would likely have been familiar with slave narratives — books such as Twelve Years A Slave by Solomon Northup — which were popular at the time among Northern abolitionists. Ironically, Milford, N.H., was also a hotbed of abolitionist activity. At the time that Wilson was surviving what Gates describes as "what we could only call a period of harsh indenture," just up the road lived some of the most prominent abolitionist families of the mid-1800s.

"[Wilson's] teaching us in a spiritual way," says Alice Walker, the Pulitzer Prize-winning author, "about the paucity of substance in people who claim to see your suffering, but then they do absolutely nothing. And that is so American in so many ways."

Since Gate's rediscovery of Our Nig, the book has been republished three times. Each edition contains new details uncovered by historians about Wilson's life — details that further suggest the harsh story she wrote was in fact her own experience as a black woman in Milford, N.H.

It seems likely that Wilson was the little girl in her book who was so terribly mistreated. She hinted as much in the book; in the earliest pages, she writes in the first person before pivoting to the third person.

David Brion Davis, Who Helped Remake The Study Of Slavery, Dies At 92

Of all the discoveries about Wilson's life, JerriAnne Boggis may have made the most extraordinary one. Boggis found the house where Wilson grew up — the house where she was likely indentured to a white family.

Boggis didn't read Our Nig until 2002. When she did, she felt like Wilson had written the book just for her.

"I really empathized with that sense of isolation, being a black woman in Milford," Boggis says. "That really was like, 'Oh my God, that's me.' "

Boggis began to study the text of Our Nig. She searched Milford for homes that matched descriptions from the book. Eventually, she found a match. It's now owned by a family, whom Boggis has befriended, and working with them, she has located the crawl space where Wilson likely slept as a child.

Our Nig inspired Boggis to learn more about black history in New England. Now, she's the executive director of the Black Heritage Trail of New Hampshire. She has also done her part to honor her town's forgotten literary hero, including erecting a monument in Wilson's honor.

In that statue, Wilson stands with her book in one hand, and she protects her son with her other hand. Her back is to a historical church — a church where abolitionists prayed and a church that did not allow her to enter because of her skin color.