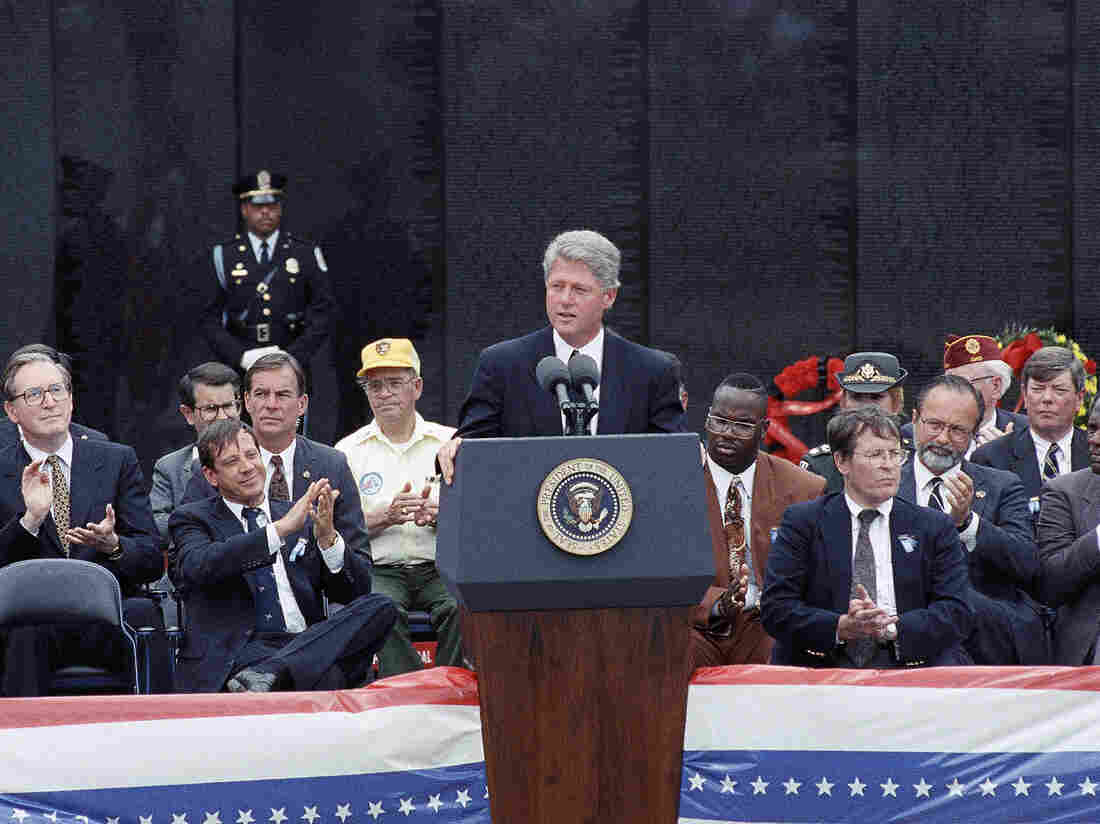 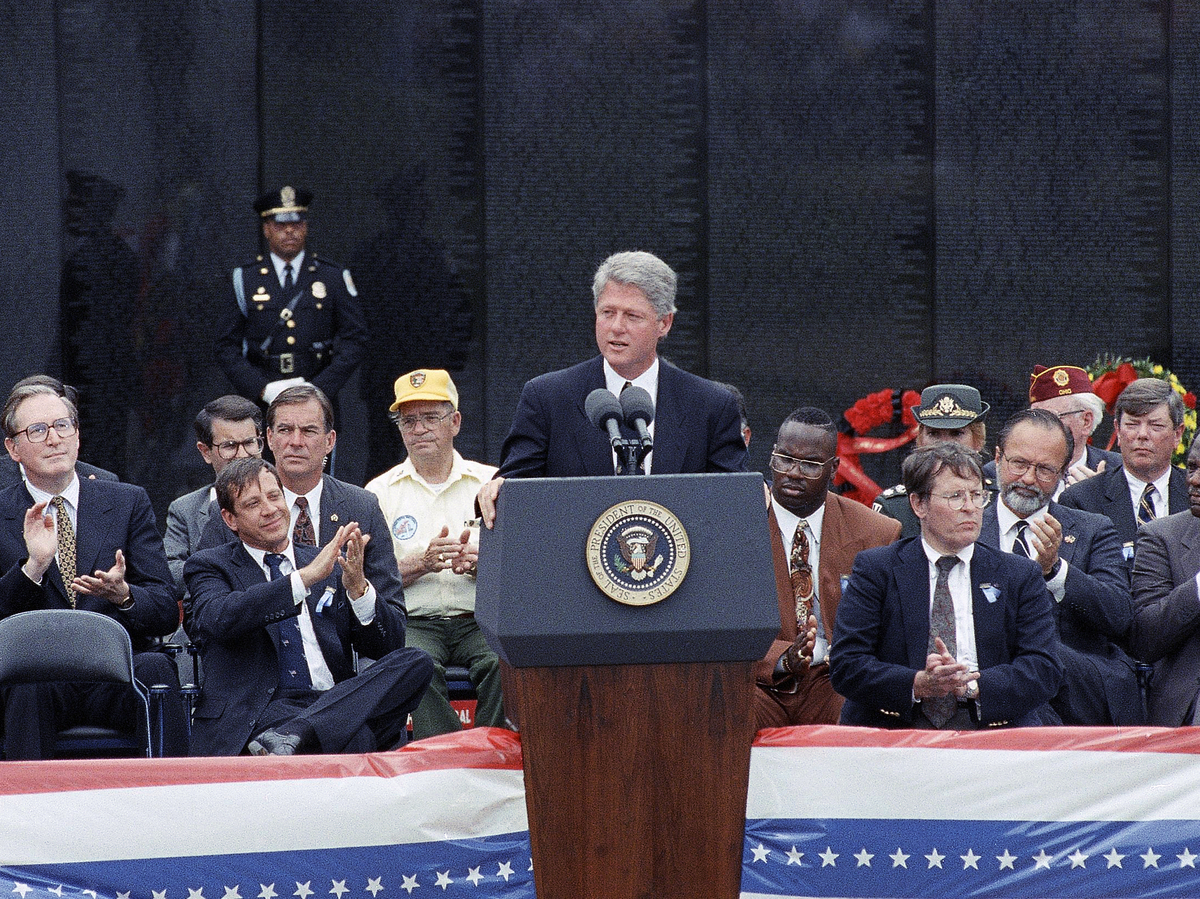 President Bill Clinton delivers a speech during Memorial Day ceremonies at the Vietnam Veterans Memorial in 1993.

Some weeks you may wonder what has happened to public speech in America. Or even good manners.

This week, Matt Schlapp, chairman of the Conservative Political Action Conference, declared he will not invite Sen. Mitt Romney to this year's CPAC after Romney cast the lone Republican vote for President Trump's removal at his impeachment trial.

"We won't credential him as a conservative," Schlapp told Greta Van Susteren on her program Full Court Press. Then he added, "This year, I would actually be afraid for his physical safety, people are so mad at him."

Perhaps it was just an offhand remark. Schlapp soon followed with a tweet in which he told Stuart Stevens, a Republican political consultant who had criticized his words, "I wish Gov Romney no harm I just want him to find a new hobby away from destroying GOP momentum."

Stuart I take my little girls and my 80 year old mom to @CPAC and we have never had a problem w any of our attendees ever. Listen to the whole interview if you can. I wish Gov Romney no harm I just want him to find a new hobby away from destroying GOP momentum https://t.co/9by17dhLWt

But we are living in times when schools, newspapers, a congressional softball game, churches and synagogues have all been scenes of real danger to people's physical safety.

Two years ago, Mona Charen, a longtime conservative columnist and commentator, had to be escorted by security out of CPAC when she criticized members of the group who supported Trump and other conservative politicians who have been accused of sexual misconduct.

It might be good this week to recall something another leader did, a generation ago.

In 1993, not long after he took office, President Bill Clinton prepared to visit the Vietnam Veterans Memorial in Washington, D.C., on Memorial Day, for a speech honoring soldiers who died in service to America.

Protests were planned, including by veterans of the war in Vietnam who felt Clinton had avoided the draft while they risked their lives halfway around the world. When Bill Clinton was at Oxford and Yale Law School after numerous deferments, John McCain was a prisoner of war in Hanoi, where he was tortured.

Sen. McCain refused to join the protests. He didn't agree with Clinton on much, but urged him to go the Vietnam memorial, writing, "I hope you will not be discouraged from doing so by the ill-conceived and unjustified opposition of a few." He ultimately joined Clinton at the ceremony, where boos rained down on the rostrum.

It's a story that perhaps our time could use: You don't have to agree with someone's views or their vote to protect their right to be heard and to be treated with respect.