Accessibility links
'Black Patriots' Were Heroes Of The Revolution — But Not The History Books Basketball legend Kareem Abdul-Jabbar is the executive producer of a new documentary focusing on the lives of black Americans on both sides of the Revolutionary War, whose stories aren't often told. 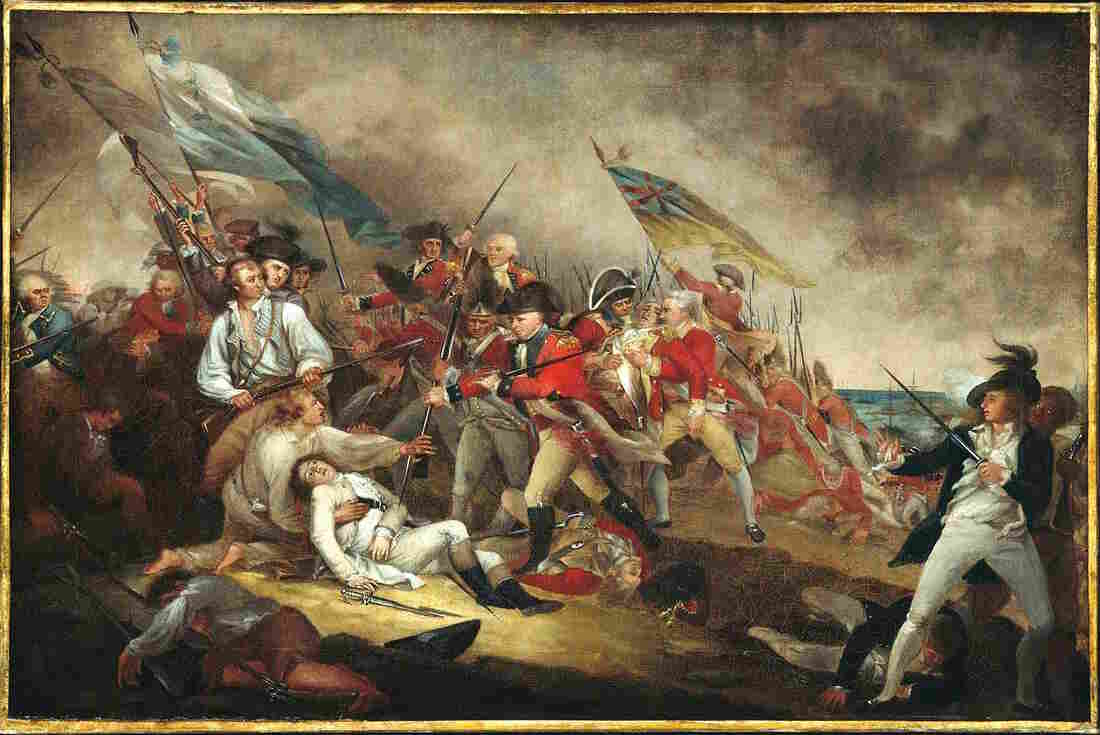 John Trumbull's painting The Death of General Warren at the Battle of Bunker Hill. Peter Salem is thought to be the figure in the lower right. From the Boston Museum of Fine Arts hide caption

toggle caption
From the Boston Museum of Fine Arts 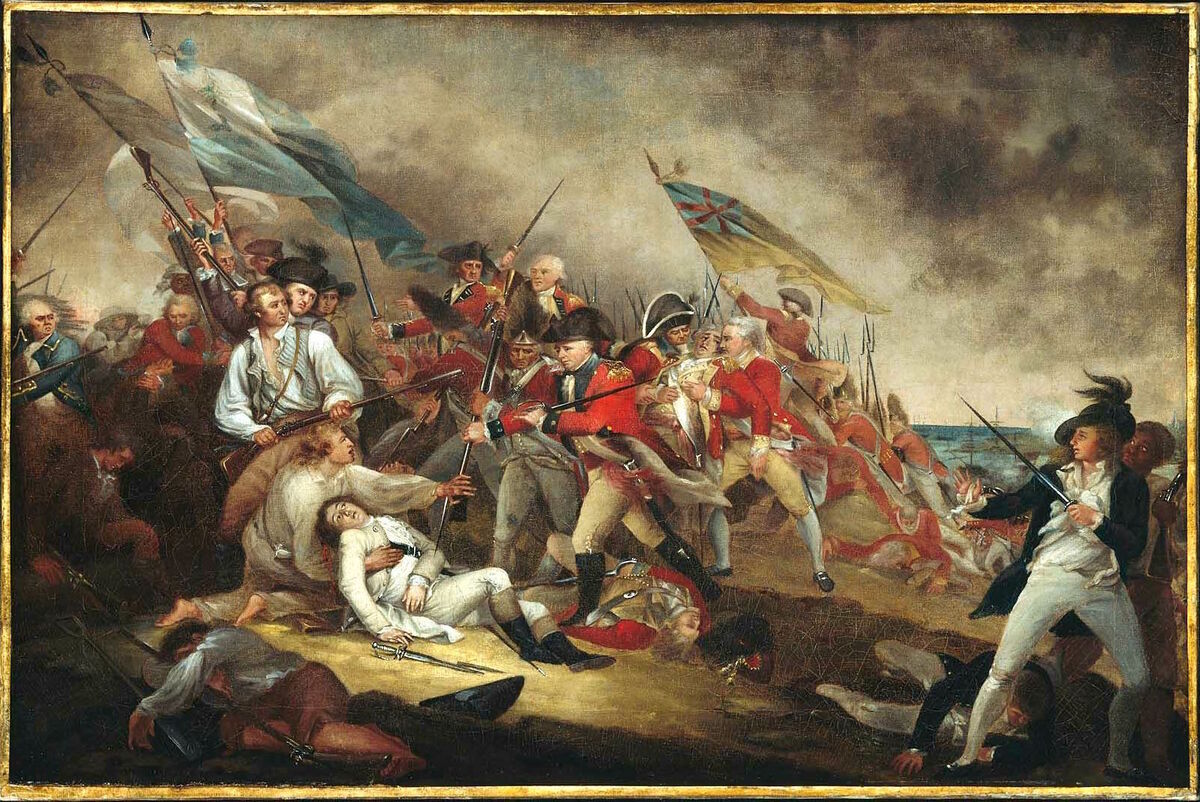 John Trumbull's painting The Death of General Warren at the Battle of Bunker Hill. Peter Salem is thought to be the figure in the lower right.

From the Boston Museum of Fine Arts

A new documentary, Black Patriots: Heroes of the Revolution, introduces us to heroes of the American Revolution who aren't typically found in history books. They are a writer, a double agent, a martyr and a soldier — and they are all black.

Kareem Abdul-Jabbar is the executive producer. He is a Hall of Fame basketball player, writer, activist, and in 2016 the recipient of the Presidential Medal of Freedom.

Abdul-Jabbar says he was born and raised in New York City, in "the last part of Manhattan that George Washington controlled before he had to leave and escape and go to Valley Forge," he says. "You know, I read about that incident in my history books, and I was surprised to find out that it happened in in my neighborhood. So after that, you know. My experiences as a child, we often would find like musket balls and arrowheads in the parks. Right there in northern Manhattan. And you know, I felt a real connection to the history of that area." 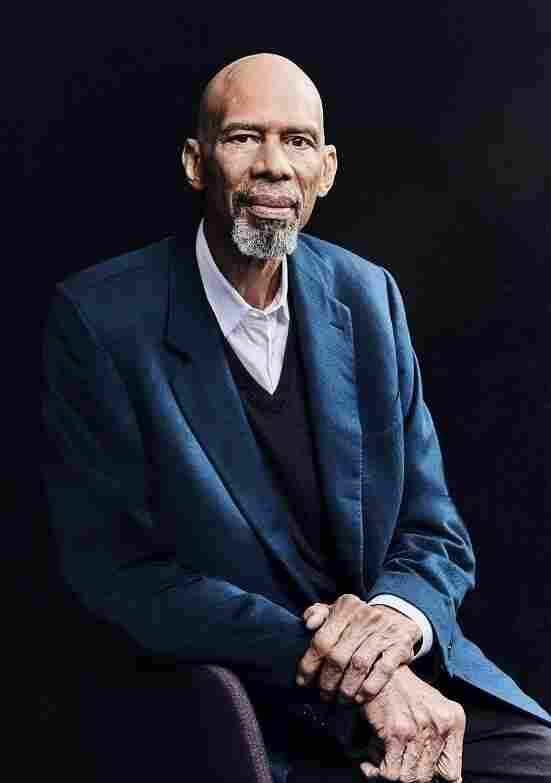 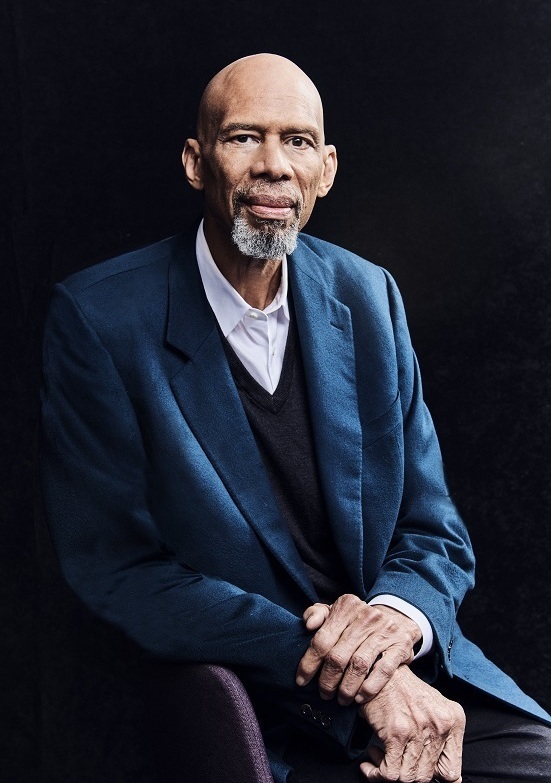 Kareem Abdul-Jabbar is the executive producer of Black Patriots.

On why we don't know these stories

Well, we don't know the stories already because people who write history books, or who have written most of the history books have focused on what European Americans thought, and what their objectives were, and what they did to make those objectives become real. And anybody who was not European was not seen as being worth depicting, because their stake in it seemed to be non-existent. This nation was founded by white people, for white people. At the time, blacks were not allowed citizenship. Women were not allowed to vote. Native Americans were not allowed citizenship. That's the way it was back in those days.

On the story that had the most impact on him

Well, Peter Salem is absolutely a hero doing a heroic thing at a very crucial time. Peter Salem frustrated the final attempt by the British to take the field [at the Battle of Bunker Hill] by shooting Major Pitcairn, who was an officer in the British army. He shot him before he could gather the troops. The British professional soldiers thought that they could run our side off of the field because, you know, they weren't professional soldiers. But we changed their mind over the period of the Revolutionary War. And in the end, the British had to concede.

There's a painting of the Battle of Bunker Hill and Peter Salem, I think, is in it. He's down in a corner hiding behind the shoulder of one of the white American officers. And you almost don't see him. I think in some in some paintings he's been cropped off. But there's a black soldier there.

On black Americans during the Revolution

Both sides of the war really tried to recruit black slaves into their army, and they promised freedom to any black slave that would join either army. The ones that joined the revolutionary cause were lied to. They were not granted their freedom after they did serve in the army. But the blacks that joined the British army were able to effect their own freedom. And when the British retired from North America, they took those guys with them who had citizenship and went to places like Nova Scotia or the Caribbean, or even back to England.

On why it's important now to look back at this moment

Some of the things that we see today remind us of things that happened before, and not in a very positive way. When I saw the children that were trying to apply for asylum in America being separated from their parents at the Texas border, it reminded me of the way that slave children were ripped from their parents so that their parents could be sent to various plantations and worked to death. That that was a common thing back then. And the same ability to ignore human suffering and do something like that — which was exhibited by slave masters — was exhibited by some of the officials dealing with the people applying for asylum. And, you know, there was 150 year gap, but it was the same images, and something that we should not be proud of.

This story was produced for radio by Tinbete Ermyas and Robert Baldwin III, and adapted for the Web by Petra Mayer.