Accessibility links
Flooding In Jackson, Mississippi, Could Get Worse In Coming Days Flooding is rippling across parts of the state capital of Jackson. Officials say that with more rain expected, the inundation could worsen. Thousands of residents have already been affected. 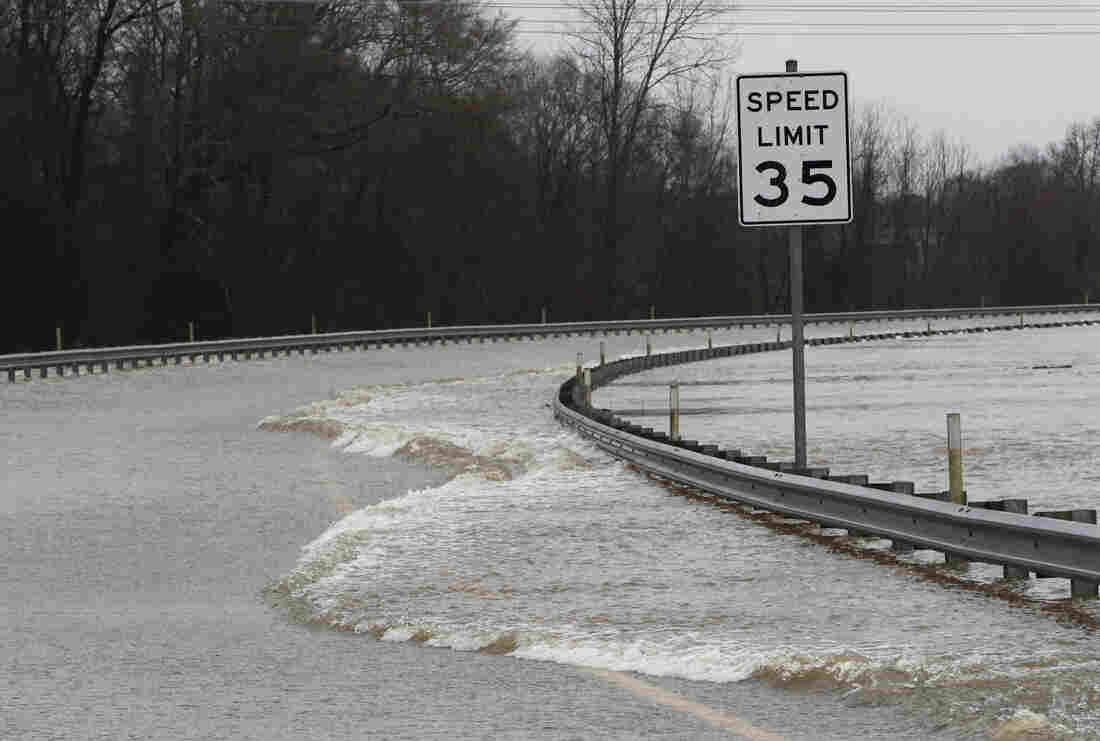 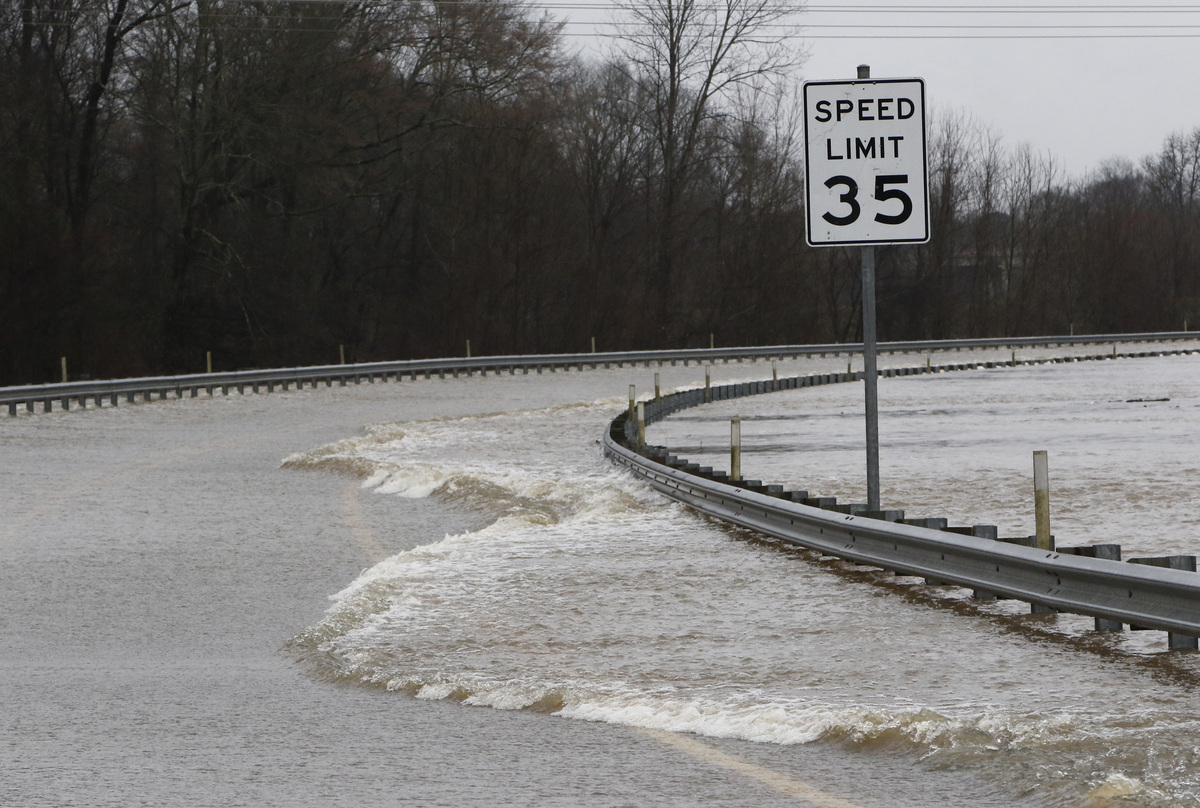 Strong currents from the swollen Pearl River flood over the Old Brandon Road Bridge in Jackson, Miss., on Sunday.

Forecasters in Mississippi are bracing for what could be one of the most devastating floods in the state's history, as days of heavy downpours stoke fears that a river in the state capital of Jackson will continue to swell beyond its banks and threaten the homes of thousands of people.

Flooding has already began to ripple across parts of Jackson and surrounding areas, and state and federal officials are working to contain the severity of the flooding in the face of additional rainfall expected in the days ahead.

Mississippi Gov. Tate Reeves declared a state of emergency Saturday, and officials have been releasing water from a local reservoir, which was approaching capacity, in order to reduce downstream flooding and allow residents more time to seek shelter.

Torrential rain has given way to sunny conditions and clear skies in central Mississippi, but Reeves warned residents in low-lying areas not to assume the flooding risk has passed.

"Do not let that lull you into a false sense of hope," Reeves said at a press conference on Sunday morning. "The flooding has not receded," he said.

While officials saw hope in water levels rising slower than expected in the past 24 hours, there remains a real possibility of flooding suddenly worsening.

Emergency officials are keeping their eyes on the forecast later this week of several inches of rain between Tuesday and Thursday, which could make flooding more acute.

"This is a precarious situation that can turn at any moment," Reeves said. "It will be days before we're out of the woods and the water starts to recede." 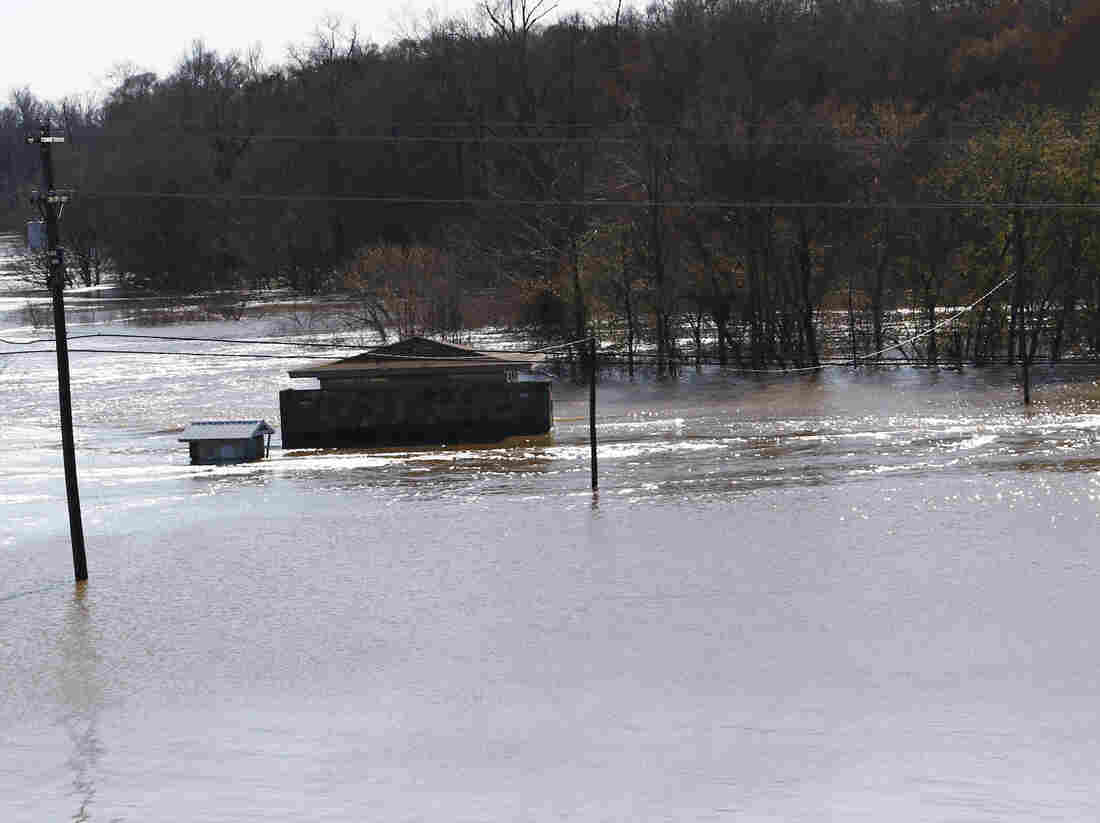 The restrooms on the Madison County side of the Ross Barnett Reservoir Spillway Park are about the only structure still visible as floodwaters have covered both sides of the popular fishing and boat landing in central Mississippi. Rogelio V. Solis/AP hide caption 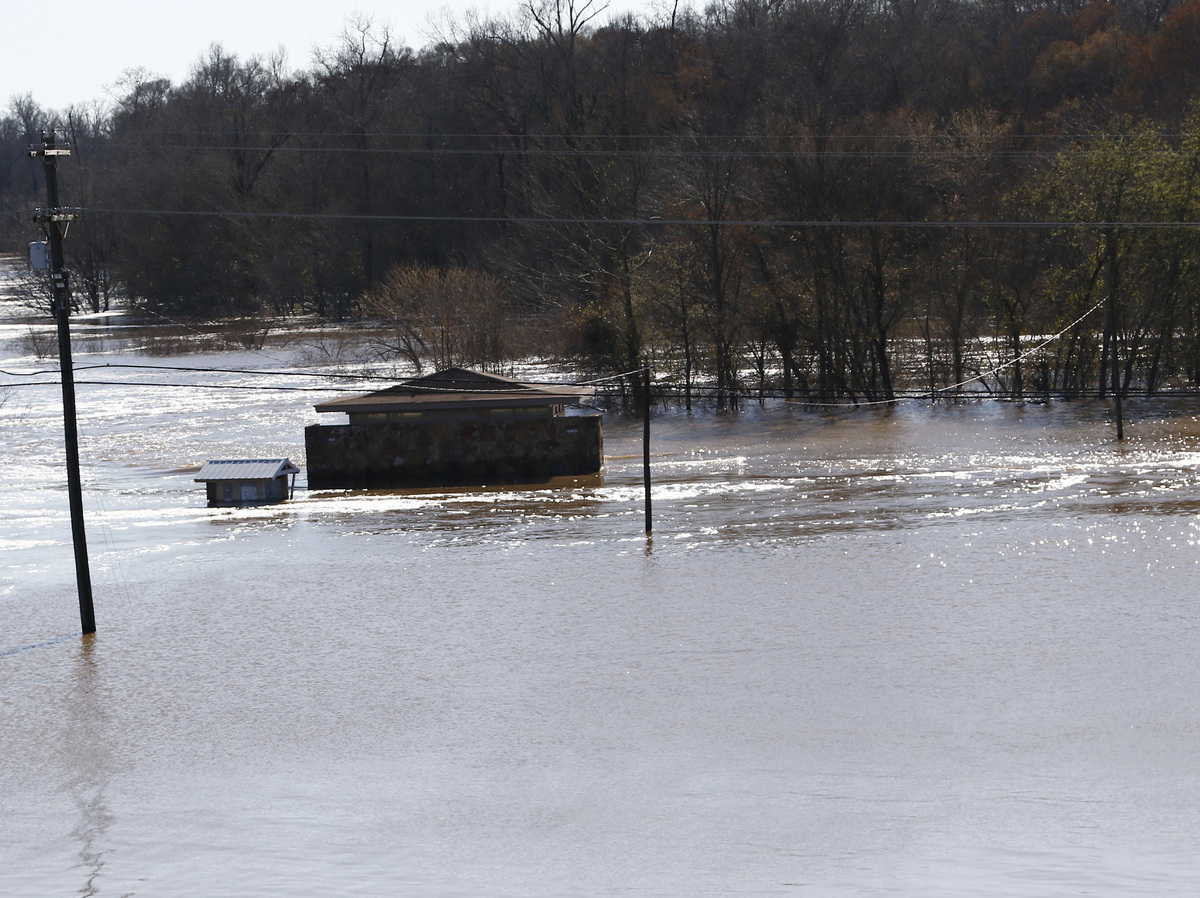 The restrooms on the Madison County side of the Ross Barnett Reservoir Spillway Park are about the only structure still visible as floodwaters have covered both sides of the popular fishing and boat landing in central Mississippi.

On Sunday morning, the Pearl River stood at 36.5 feet, and forecasters say it is expected to climb to a peak of 37.5 feet.

If current prediction models hold, the river in Jackson will crest some time Monday morning.

Mandatory evacuation orders are in place for parts of Jackson and the northern suburb of Ridgeland, with law enforcement going door to door to enforce the evacuation in some areas.

All told, about 1,000 homes are expected to be impacted by flooding, affecting up to 3,000 people, Reeves said.

"If you're in an affected area, you do need to make preparations now during daylight hours and evacuate," said Mississippi Emergency Management Agency director Greg Michel.

The record crest for the Pearl River is 43.28 feet, set in 1979. The river has topped 36 feet only seven times and not once since 1983, but that changed on Saturday night as the water level rose above 36 feet for the eighth time: https://t.co/SIloXXRSIb https://t.co/0wmImuoZd5

Officials have set up emergency shelters for residents displaced from the flooding. Authorities said it appeared as if most residents were heeding the orders to seek higher ground.

In addition to releasing water from the local reservoir to control flooding, officials have distributed nearly 146,000 sandbags throughout central Mississippi and barricades have been installed along interstates under threat.

Emergency officials have conducted four assisted evacuations of residents who were stranded due to the flooding.

No injuries or deaths have been reported.

Reeves said residents in flooded communities should stay away from their homes until state officials lift the evacuation orders.

"It will probably take three to four days before we see significant declines," Reeves said, adding that officials expect several inches of rain between midday Tuesday and Wednesday evening.

The expected inundation could be the worst flooding in Jackson since 1983, when the Pearl River rose to 39.58 feet. The all-time record was set in 1979, which saw the river crest at 43.28 feet, according to the National Weather Service.

"This will be the third-highest the Pearl River has ever been in Mississippi," Reeves said.