Accessibility links
Lax Regulations And Vulnerable Residents 'A Recipe For Problems' In Eldercare Homes Assisted living-type facilities often are subject to less scrutiny than nursing homes. Investigations in Vermont and elsewhere have revealed patterns of poor care and deaths.

Listen · 4:47 4:47
Lax Regulations And Vulnerable Residents 'A Recipe For Problems' In Eldercare Homes 4:47 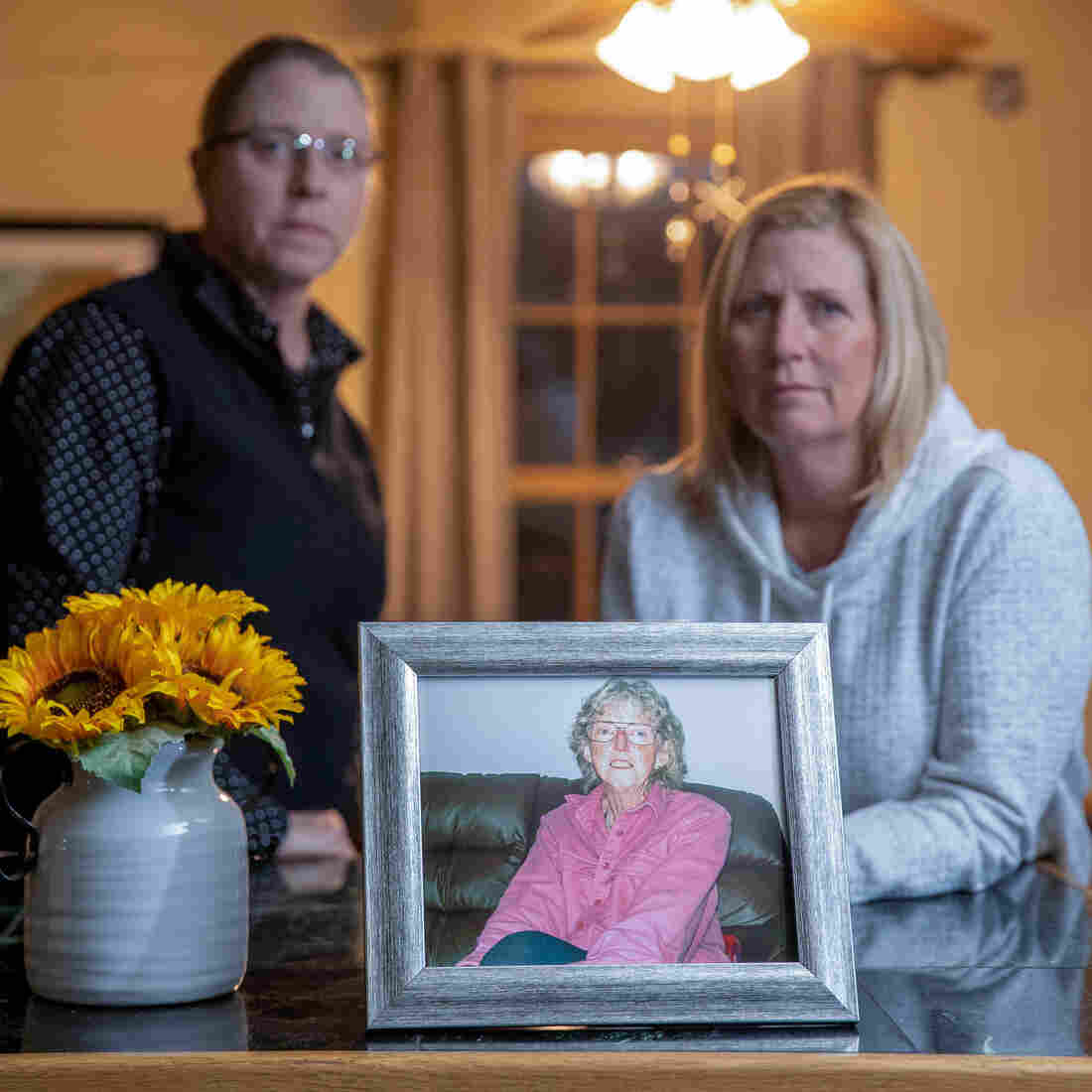 June (left) and Mary Kelly with a photo of their mother, Marilyn Kelly. Marilyn was living at Our House Too, in Rutland, Vt., before she died. James Buck/VPR/Seven Days hide caption 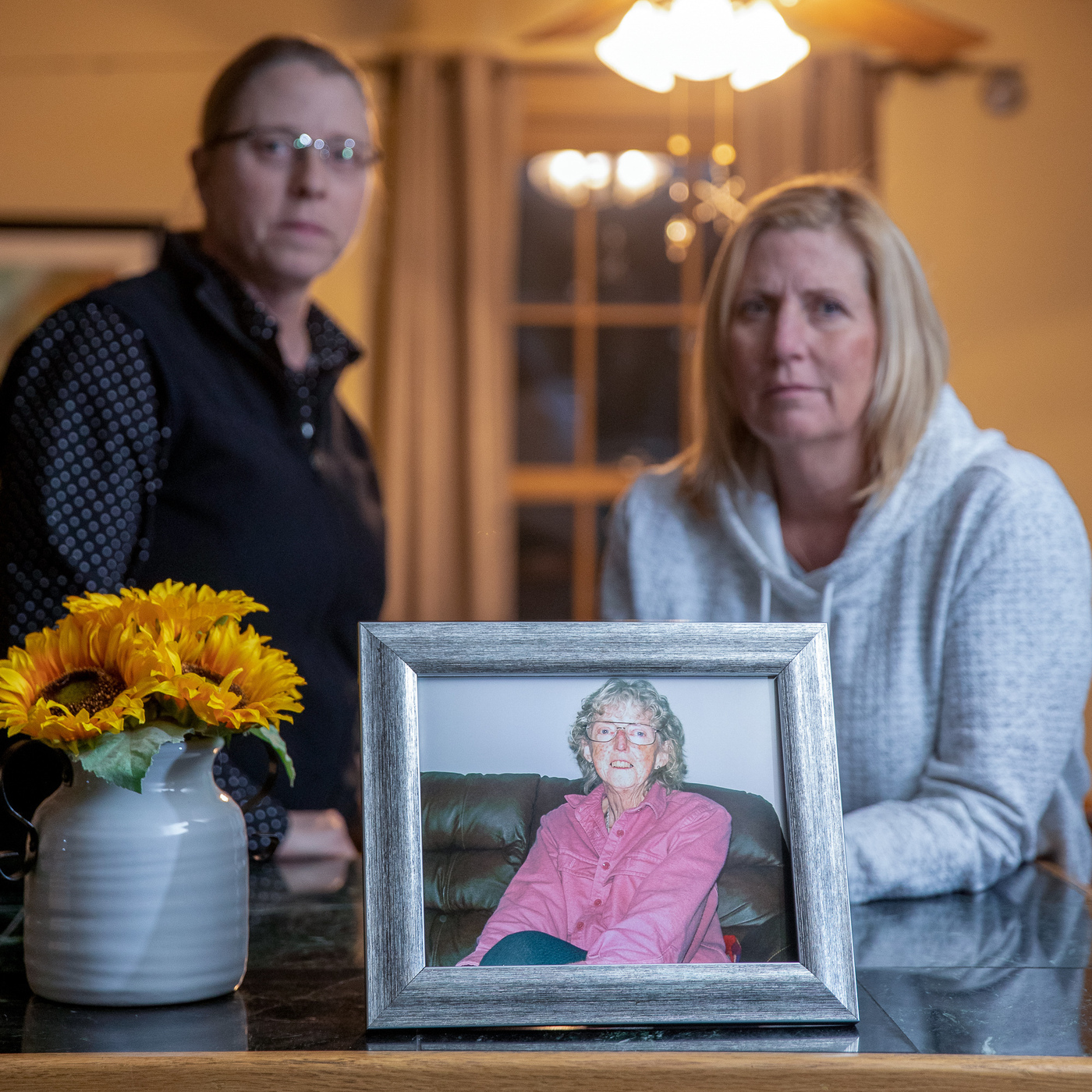 June (left) and Mary Kelly with a photo of their mother, Marilyn Kelly. Marilyn was living at Our House Too, in Rutland, Vt., before she died.

Some states call them assisted living facilities; others, residential or personal care homes. These state-licensed facilities promise peace of mind for families whose elders require long-term care. In Vermont and elsewhere, investigations into these homes have revealed lax oversight, injuries and deaths. 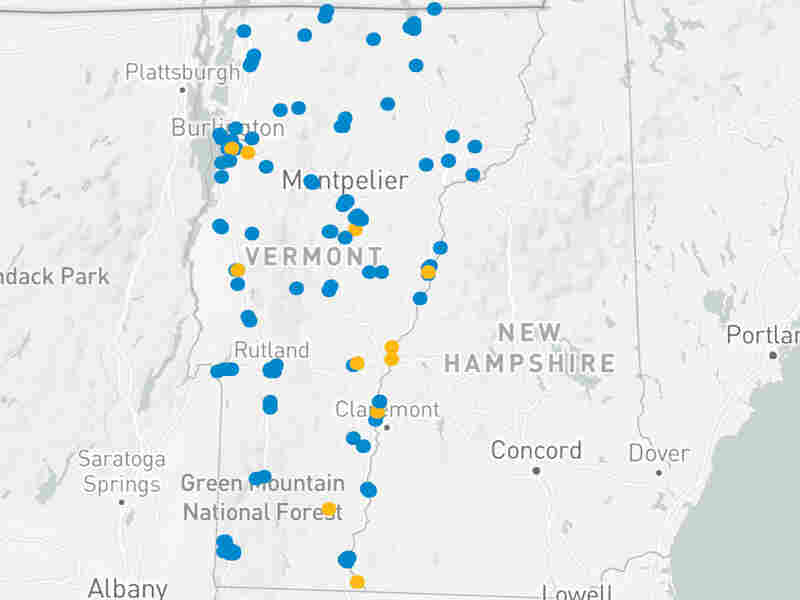 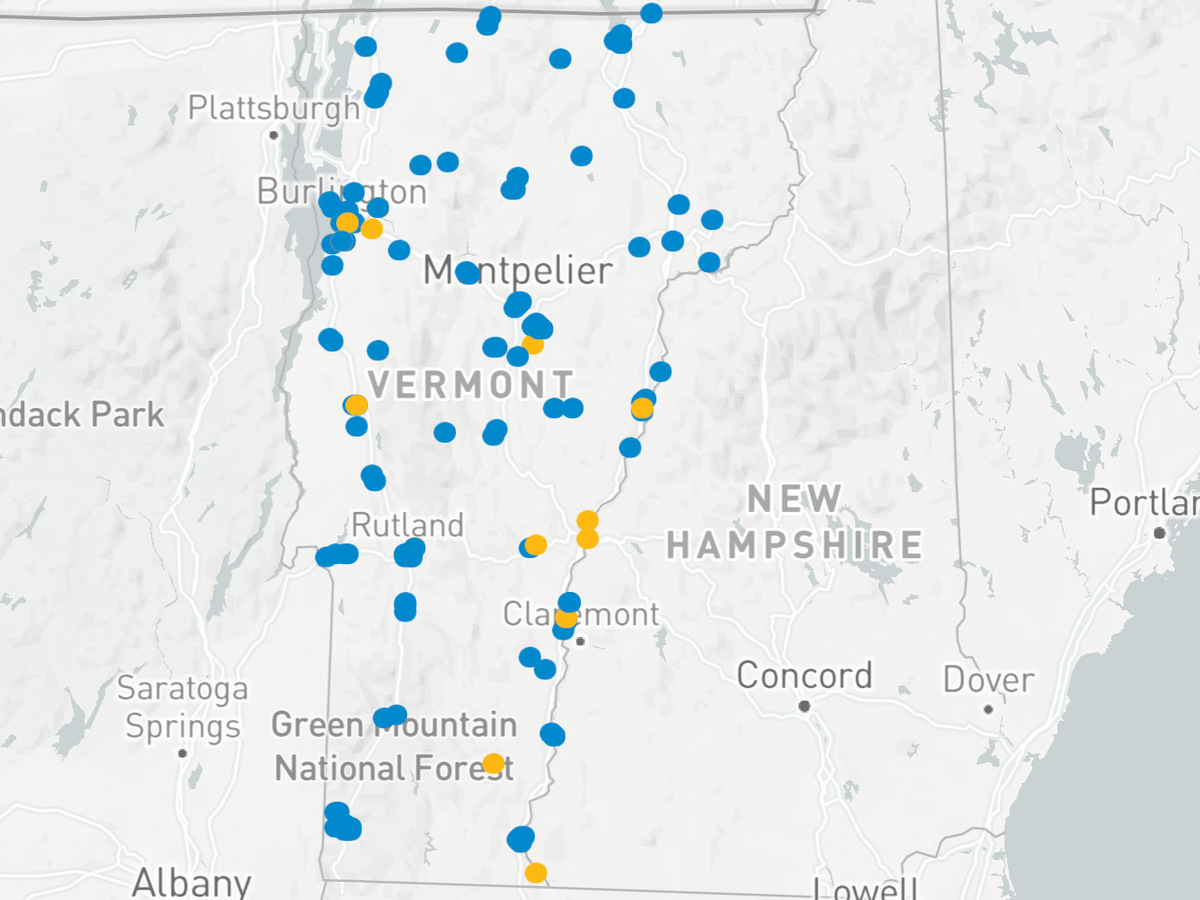 Search a directory of Vermont residential care homes and assisted living residences for citations and complaints reported between 2014 and 2019.

Few understand the risks like June Kelly. Her mother, Marilyn Kelly, was energetic and loved to go fishing when she moved into Our House Too, a 13-bed facility that advertised its memory-care expertise. Over the next eight months, almost everything went wrong that could.

Often, her daughters arrived to find their 78-year-old mom in a stupor. June arrived one day to discover Marilyn trying to feed herself but unable to find her mouth with her fork.

"She was in her pajamas, and there was excrement down her arm," she recalled.

June, who held her mom's power of attorney, eventually discovered that Our House Too was giving Marilyn daily doses of a sedating and controversial antipsychotic called Haldol without either woman's consent. 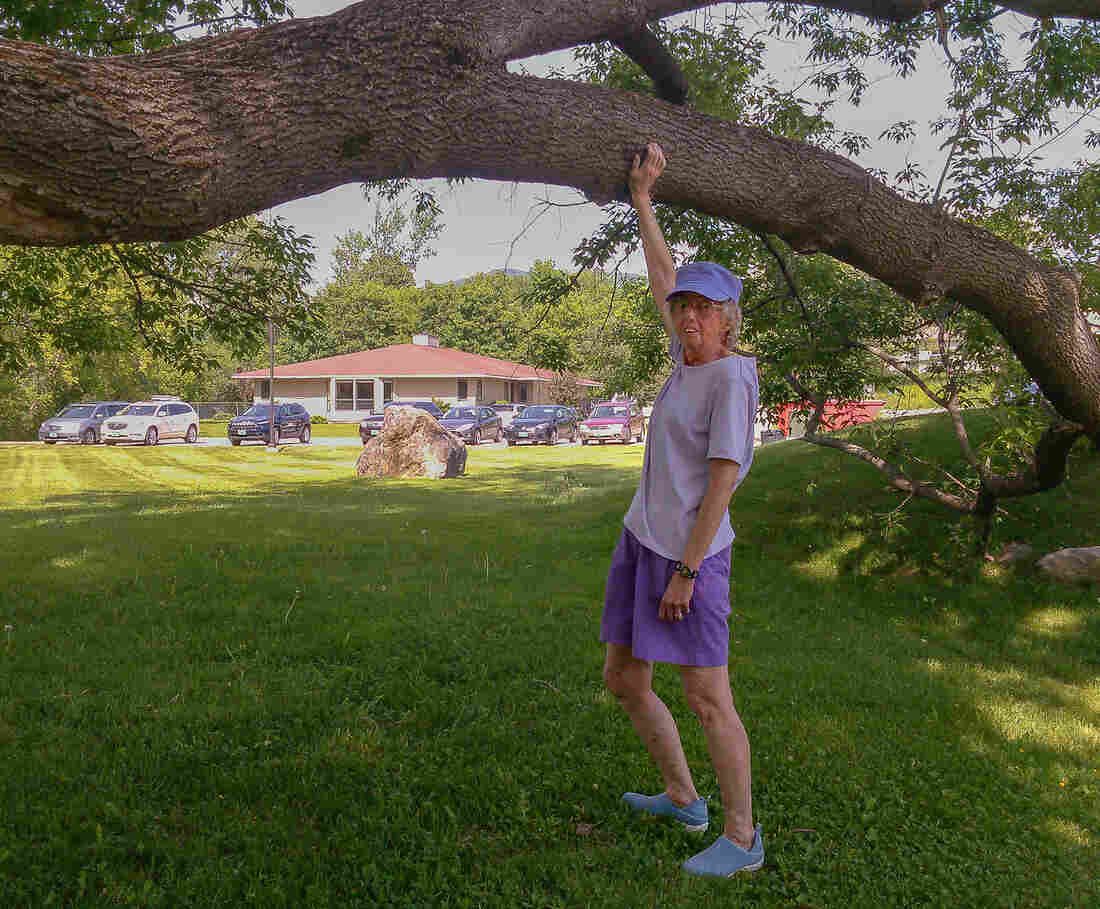 A family photo of Marilyn Kelly outside Our House Too. Courtesy of June Kelly hide caption 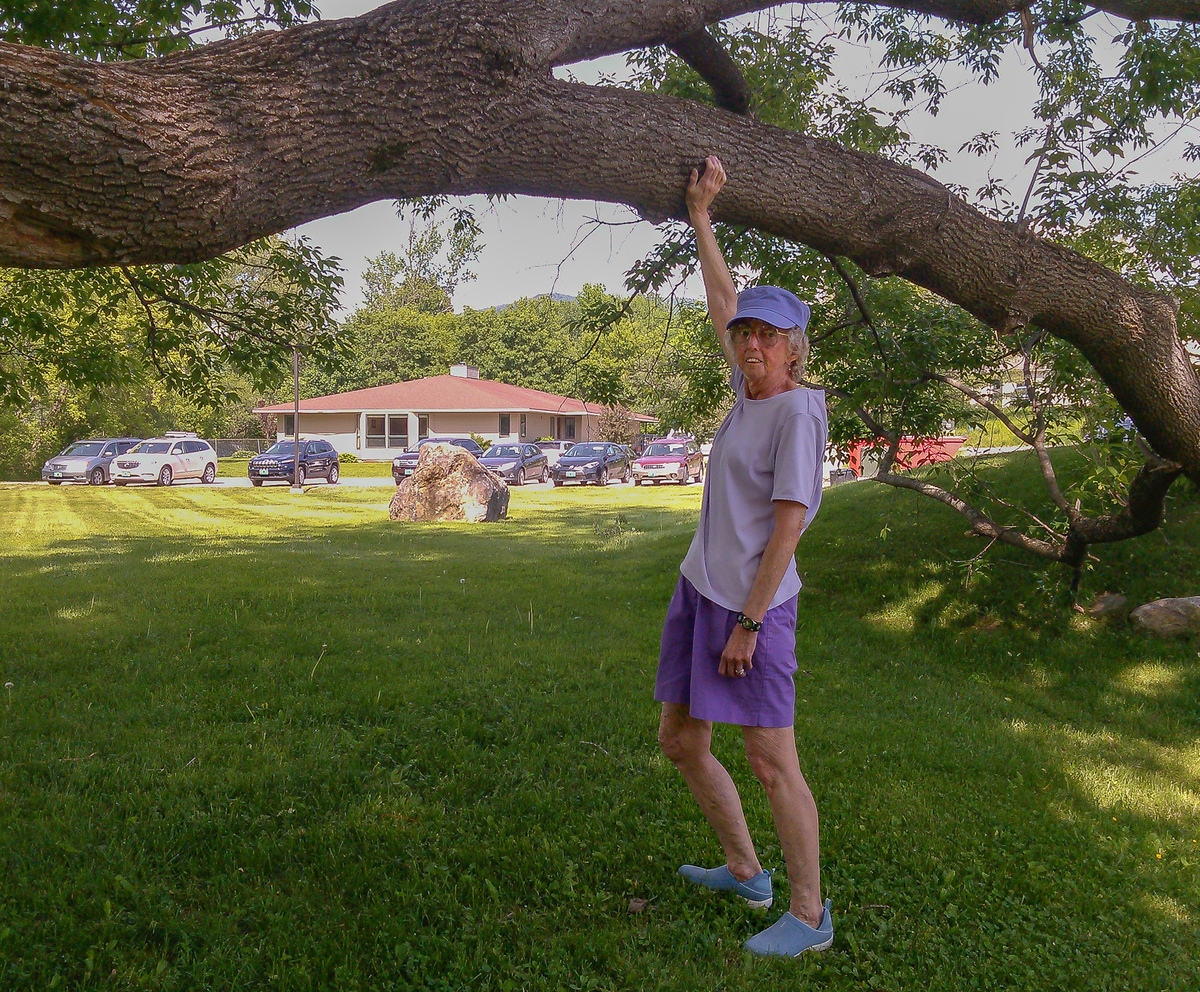 A family photo of Marilyn Kelly outside Our House Too.

After two bouts of lice and a rotten tooth came the final blow: An overnight staffer was caught on camera shoving Marilyn to the floor. Marilyn died a month later from pneumonia. The staffer pleaded guilty to assault.

The defendants have denied all allegations.

"We're almost 19 years old, and I'm still as passionate today as I've always been about the work that we do and the way that we do it," said Paula Patorti, the facility's owner.

The White House Says Nursing Home Regulations Are Too Tough

The White House Says Nursing Home Regulations Are Too Tough

In an investigation, Vermont Public Radio and the alt-weekly Seven Days found that the kind of ordeals Marilyn Kelly endured are not uncommon in Vermont.

A review of nearly six years of inspection reports revealed troubling patterns of inadequate care. At least five residents have died in accidents related to deficient care, and the majority of homes have been cited for severe infractions. One home's owner told regulators that it was easier to accept a citation than to give staff the dozen hours of required annual training.

Homes that provide poor care are rarely fined by state regulators, who are acutely aware of their state's need for long-term care beds. Vermont has one of the oldest populations in the nation, and people with dementia, such as Marilyn Kelly, can wait months for placement at a facility. 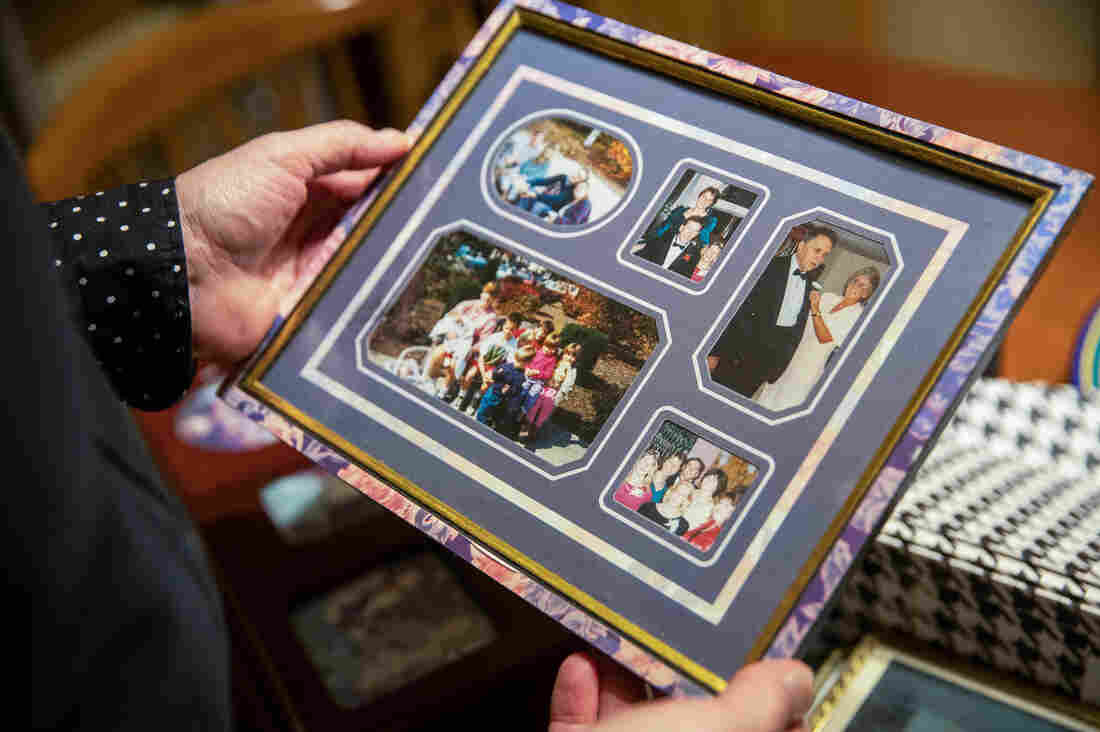 "We need to ensure that there is capacity across the state of Vermont to care for Vermonters," said Monica Hutt, the state's top long-term care regulator. "We need to ensure it's of the highest quality. There is an enormous amount of balancing that happens to make that true."

The state is currently revising its 20-year-old rules for residential care homes. Hutt has said her department will incorporate changes based on this investigation.

Vermont is not the only place where journalists have uncovered inadequate care and oversight at state-licensed long-term care facilities. The Atlanta Journal-Constitution, The Oregonian and PBS and ProPublica have published similar findings, with databases designed to help consumers.

"It could have been any state," said Lori Smetanka after learning about VPR and Seven Day's findings in Vermont. Smetanka is executive director of the National Consumer Voice for Quality Long-Term Care, an advocacy group.

Nursing homes were designed for high-needs residents and are heavily regulated by the federal government. Assisted living and other state-regulated homes were designed for healthier residents and are lightly regulated. Yet increasingly, Smetanka said, families avoid nursing homes, choosing assisted living-type residences for vulnerable loved ones. 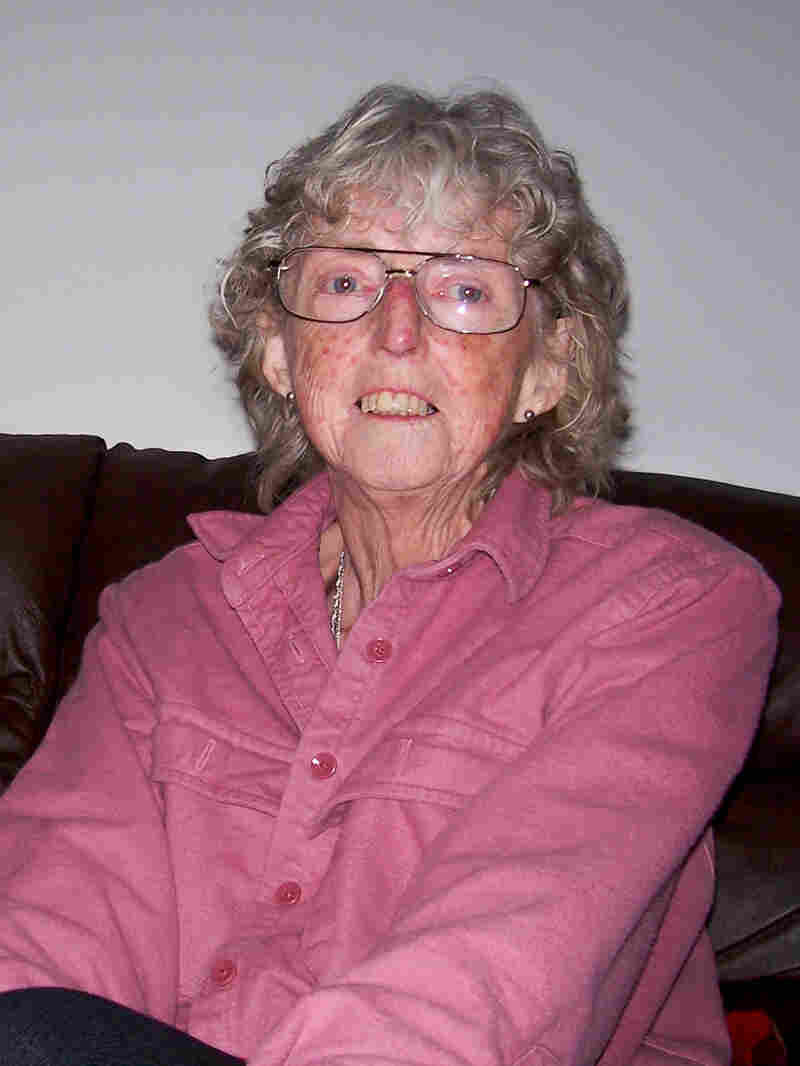 "That is a recipe for problems," she said.

There are ways consumers can make informed decisions. Smetanka suggested visiting a place at different times of the day.

"Don't be wowed just by, like, the fancy chandeliers or the pretty decorations or things like that. Really look at what's going on in that facility," she said.

In particular, she said, watch out for unfriendly staff interactions, unpleasant smells and sounds of distress. Confirm the staffing numbers. And do research. Ask your state's long-term care ombudsman about what kinds of complaints have come in about the facility; read its contract for pricey add-ons; and get a hold of the facility's state inspection reports.

This investigation is a collaboration between Vermont Public Radio and Seven Days.