Accessibility links
Rights Activist Xu Zhiyong Arrested In China Amid Crackdown On Dissent Friends of Xu tell NPR that the prominent legal and civil rights activist was arrested on Feb. 15 in southern China. Xu had managed to evade authorities tracking him for nearly two months. 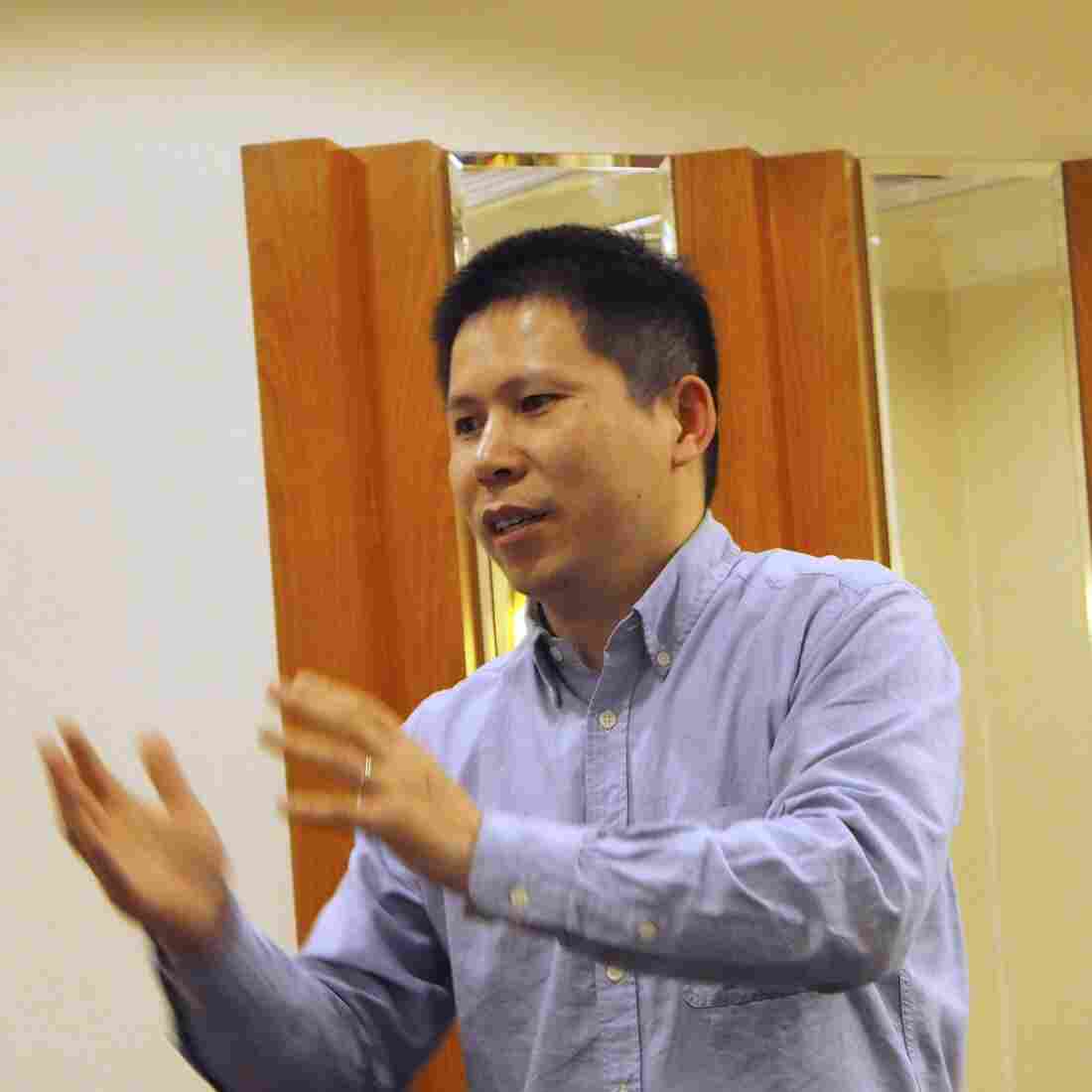 Prominent Chinese rights advocate Xu Zhiyong speaks during a meeting in Beijing in a handout photo from 2013. Xu has been detained in southern China. Xiao Guozhen via Reuters hide caption 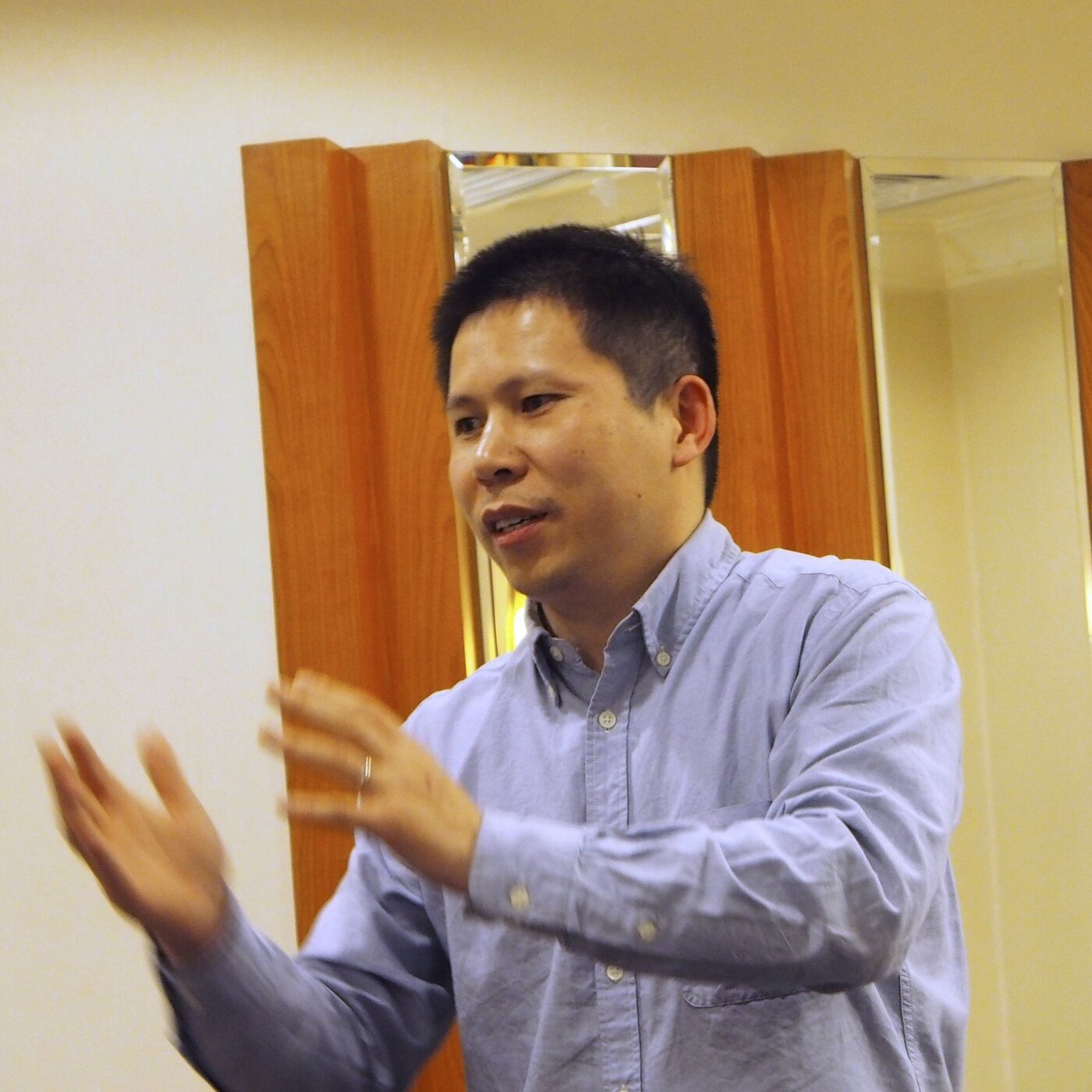 Prominent Chinese rights advocate Xu Zhiyong speaks during a meeting in Beijing in a handout photo from 2013. Xu has been detained in southern China.

Prominent Chinese legal activist and civil rights lawyer Xu Zhiyong has been detained in southern China, after spending nearly two months on the run as he taunted Chinese authorities and encouraged his followers through a steady stream of political commentary posted on social media and his personal blog.

Friends of Xu Zhiyong confirmed to NPR that Xu was arrested at around 6 p.m. local time on Feb. 15 in the Panyu district of Guangzhou, a major metropolis in the south of China. Xu had managed to evade authorities for 50 days as police began rounding up fellow activists the day after Christmas.

His detention marks an escalation in an ongoing crackdown on Chinese civil society groups under the country's leader Xi Jinping, decimating a once burgeoning legal rights movement.

Xu, a former university lecturer and rights lawyer, was released in 2017 after serving a four-year prison sentence for his legal activism. He is a co-founder of the New Citizens' Movement, a collection of lawyers and activists demanding civil rights protections and rule of law. Many of the movement's members were arrested and imprisoned in a 2015 mass round-up.

How Xu avoided capture for so long in a country that has invested heavily in digital surveillance and laced its cities with cameras equipped with facial recognition capacities is unclear. Friends say he switched locations often and did not use a mobile phone, relying instead on Gmail to communicate with colleagues and loved ones.

Despite the intense efforts from Chinese authorities to locate and arrest him, Xu sometimes went for runs outside and occasionally took his meals at restaurants, according to an acquaintance.

Xu also regularly kept up his blog and his Twitter account, which he filled with politically charged rhetoric and commentary about current events. In one post from February 4, he called for China's leader Xi to step down, criticizing his handling of the coronavirus outbreak and myriad other policies.

"Politicians should be unflappable in a time of crisis, but you are helpless," Xu wrote. "Where are you leading China? Towards democracy or dictatorship? Modernization or the Cultural Revolution?

In his last blog post from Feb. 14, the day before he was detained, Xu grieved the death of a whistleblower doctor, Li Wenliang, who was reprimanded for warning others about the coronavirus before becoming infected himself.

"This nationwide calamity could only happen without democracy and freedom of speech," Xu wrote. "While the public are distressed for Dr. Li and their country, the Communist Party hides in the shadows and acts as eyes and ears. In their hearts, there is no right and wrong, no conscience, no bottom line, no humanity."

Xu's ordeal began Dec. 26, after receiving a text saying that four acquaintances had been abruptly detained. He stepped off a train heading to Beijing and started his time on the run.

In the weeks that followed, more than a dozen of Xu's fellow activists and rights lawyers were detained or summoned to court. Four remain missing. They all had been among the twenty or so participants of a dinner meeting on Dec. 13 in the coastal city of Xiamen, in China's Fujian province.

"The meeting's contents were not secret," said Hua Ze, a Chinese film director and activist now based in New Jersey. "It was only because such a group of controversial personalities got together to discuss administrative issues that authorities took notice. Xi Jinping has said people cannot criticize the party. No one would believe that this group of dissidents would congregate for anything but to criticize the party."

Yang Bin, a lawyer in Guangzhou with whom Xu had been staying when he was taken by police, was also briefly detained on Saturday along with her two other family members, according to Hua and two other acquaintances. Yang and her family members were released the next day.

Friends of Li Qiaochu, Xu's girlfriend who had been living in his Beijing apartment, said they lost contact with her on Sunday afternoon.

The Panyu district public security bureau said they "were unclear" about the arrest of Xu and declined to comment on his case.