Accessibility links
Virginia Democrats Help Defeat Democratic Governor's Bill To Ban Assault Weapons Four state Senate Democrats broke ranks in tabling a bill that would have banned the sale or transfer of certain assault-style weapons. It also would have banned magazines with more than 12 rounds. 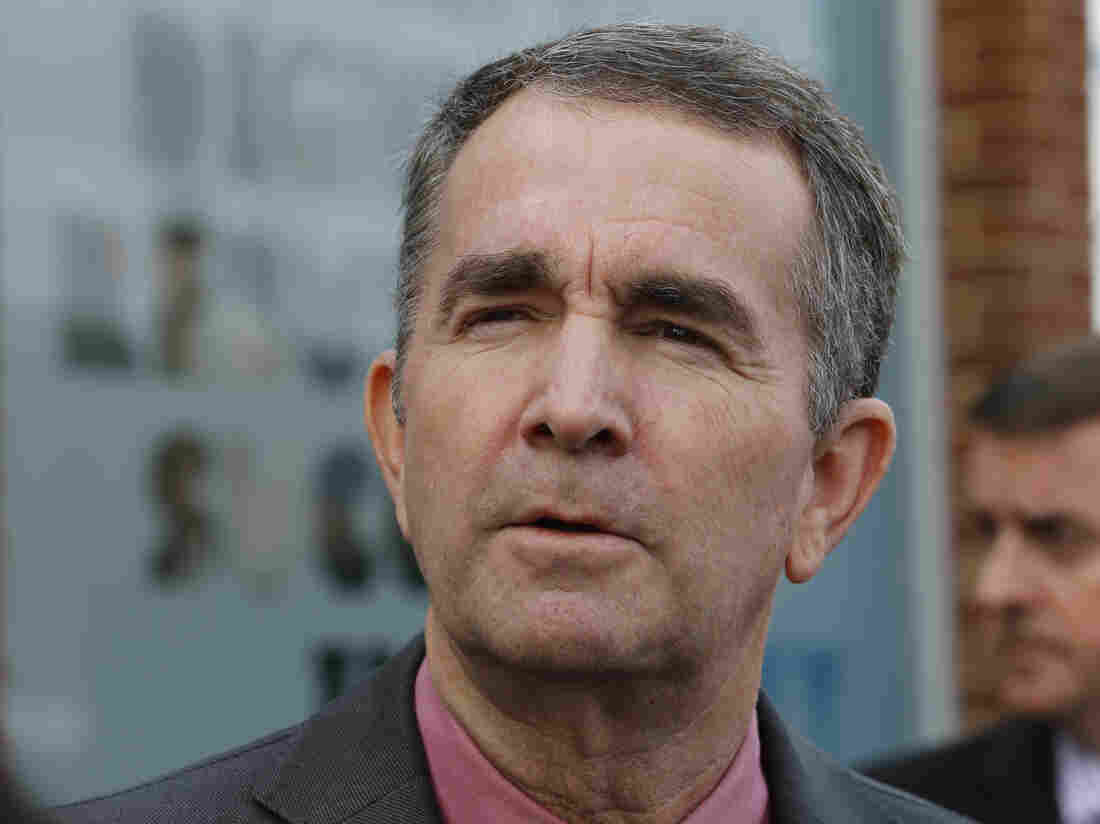 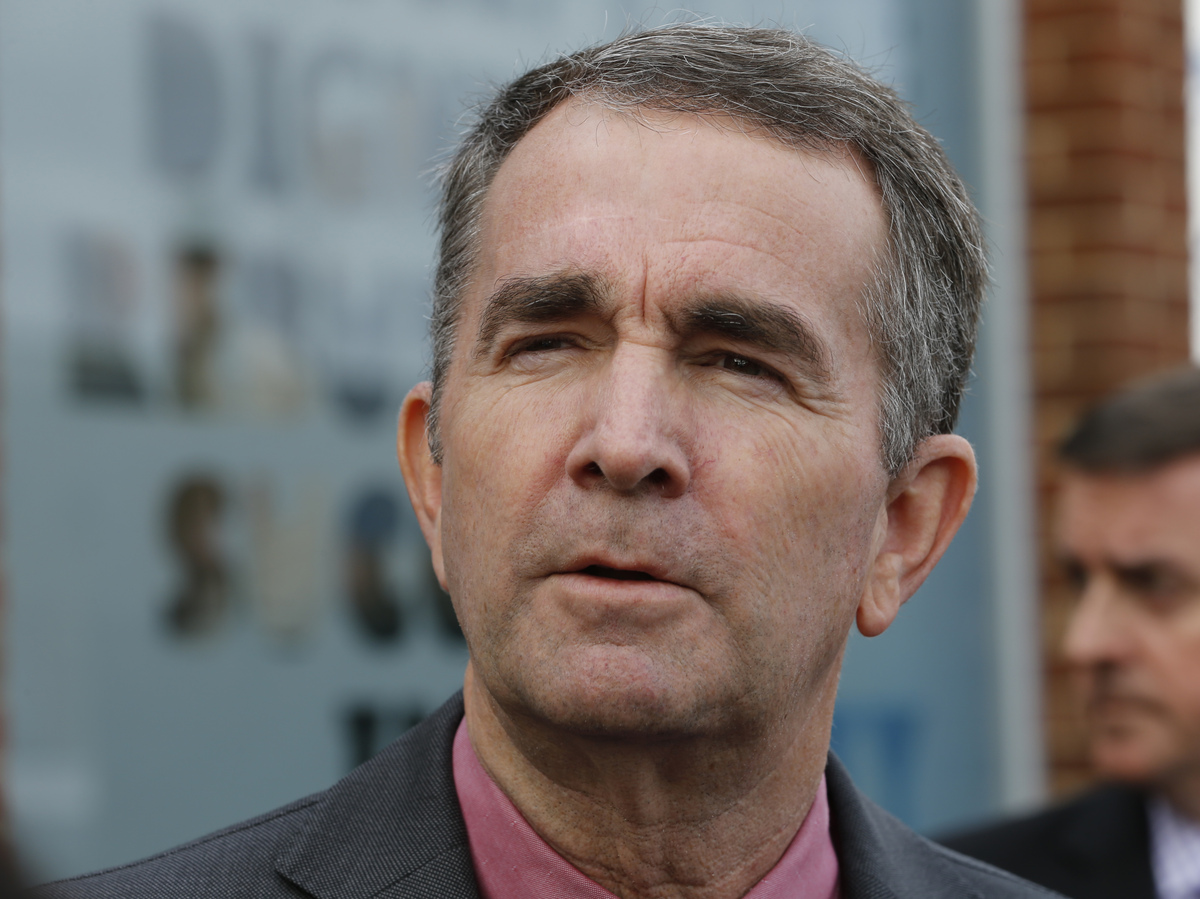 Virginia's Democratic governor seemed poised to make broad changes to his state's gun control laws, but was dealt a stinging blow by his own party Monday when a state Senate committee blocked a bill that would have, among other things, banned sales of assault weapons.

Four Democrats on Virginia's Senate Judiciary Committee broke ranks with their party handing the Republican minority a victory in tabling the bill for the remainder of the year. It also sent the measure to the state's Crime Commission for further review.

The bill would have banned the sale or transfer of certain assault-style weapons in Virginia. It also would have made it illegal to possess silencers and magazines holding more than 12 rounds.

Gov. Ralph Northam, a Democrat, had championed the legislation, which was part of a series of eight gun-control measures the Virginia House passed earlier this year. The seven remaining bills are still being considered in the state Senate.

Still, after Democrats' big gains last fall in the Virginia General Assembly — controlling the governor's mansion and both chambers of Virginia's General Assembly for the first time in a generation — changes in gun laws appeared on track to move forward unimpeded.

A spokesperson for Northam, Alena Yarmosky, said in a statement to NPR that the governor was "disappointed" in the Senate panel's vote Monday.

The governor "fully expects the Crime Commission to give this measure the detailed review the Senators called for," she added. "We will be back next year."

The gunman worked at the government building and used a sound suppressor, which he obtained legally, during the May 31 rampage.

Among the items lawmakers in the Virginia House have approved include one calling for universal background checks on private firearms sales and creating an extreme risk protection order, also known as a "red flag" law. Those laws allow authorities to temporarily confiscate firearms from someone thought to be a threat to themselves or others.

But then the Senate committee balked at the assault-style weapons bill.

After Monday's 10-5 vote, state Sen. L. Louise Lucas, D-Portsmouth, called the four Democrats who voted to table the measure a "bunch of wimps," according to The Washington Post.

Meanwhile the National Rifle Association, which is headquartered in the Fairfax, Va., celebrated the defeat in a tweet, calling the bill "anti-American."

Thank you to NRA members and gun owners who fought to defeat this anti-American legislation. #valeg pic.twitter.com/uETZlWh4jt

"Gun rights groups said it would make thousands of law-abiding Virginians felons overnight. But gun control advocates including Lori Haas with The Coalition to Stop Gun Violence say it would reduce the death toll in mass shootings," Whittney Evans of VPM in Richmond reports.

Haas told Evans, "It's absolutely ridiculous that Democrats walked back on this issue when it got them the majority in November."

With its rich gun culture, Virginia historically has been loath to pass gun control measures.

The governor pressed for tightening state gun laws immediately after the Virginia Beach shooting, calling for a special legislative session last summer. The General Assembly, which was then under Republican control, adjourned after less than two hours — it did not consider a single piece of legislation.

But after Democrats made big gains last fall in the state Legislature — controlling the governor's mansion and both chambers of Virginia's General Assembly for the first time in a generation — changes in gun laws appeared imminent.

In December, Northam told NPR that he was confident new gun laws would be enacted.

"Dealing with the gun violence in Virginia will be a top priority of our administration," Northam said. "Now certainly with a Democratic Senate and House, I believe we can move forward with common sense gun legislation."

The committee vote comes nearly a month after an estimated 22,000 demonstrators, many of them armed, took part in a rally at the Virginia State Capitol last month protesting efforts to pass new gun legislation.

"Some people wore camouflage and helmets, while a few dressed in Revolutionary War costumes. Others wore jeans or suits, but with rifles slung across their chests," NPR's Bill Chappell reported. Only one person was arrested, a 21-year-old woman charged with a felony count of wearing a mask in public. 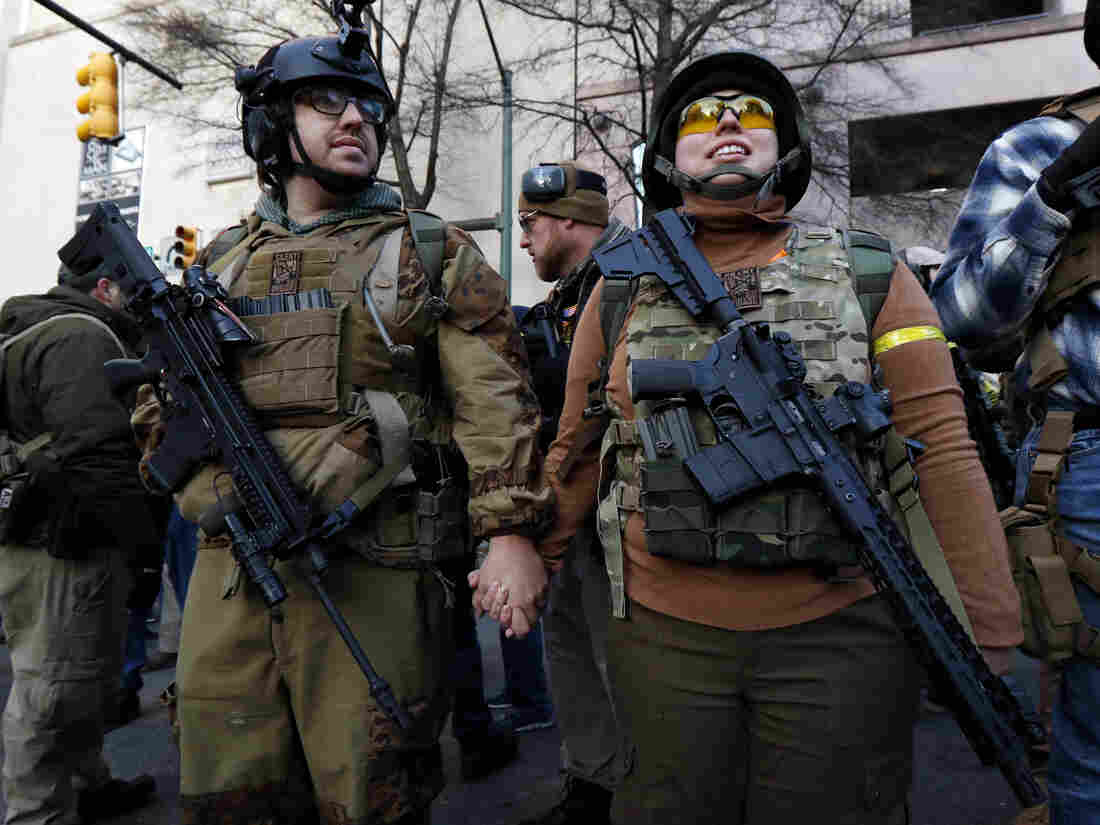 Demonstrators stand outside a security zone ahead of a pro-gun rally in Richmond, Va., on the morning of the Martin Luther King Jr. holiday. Julio Cortez/AP hide caption 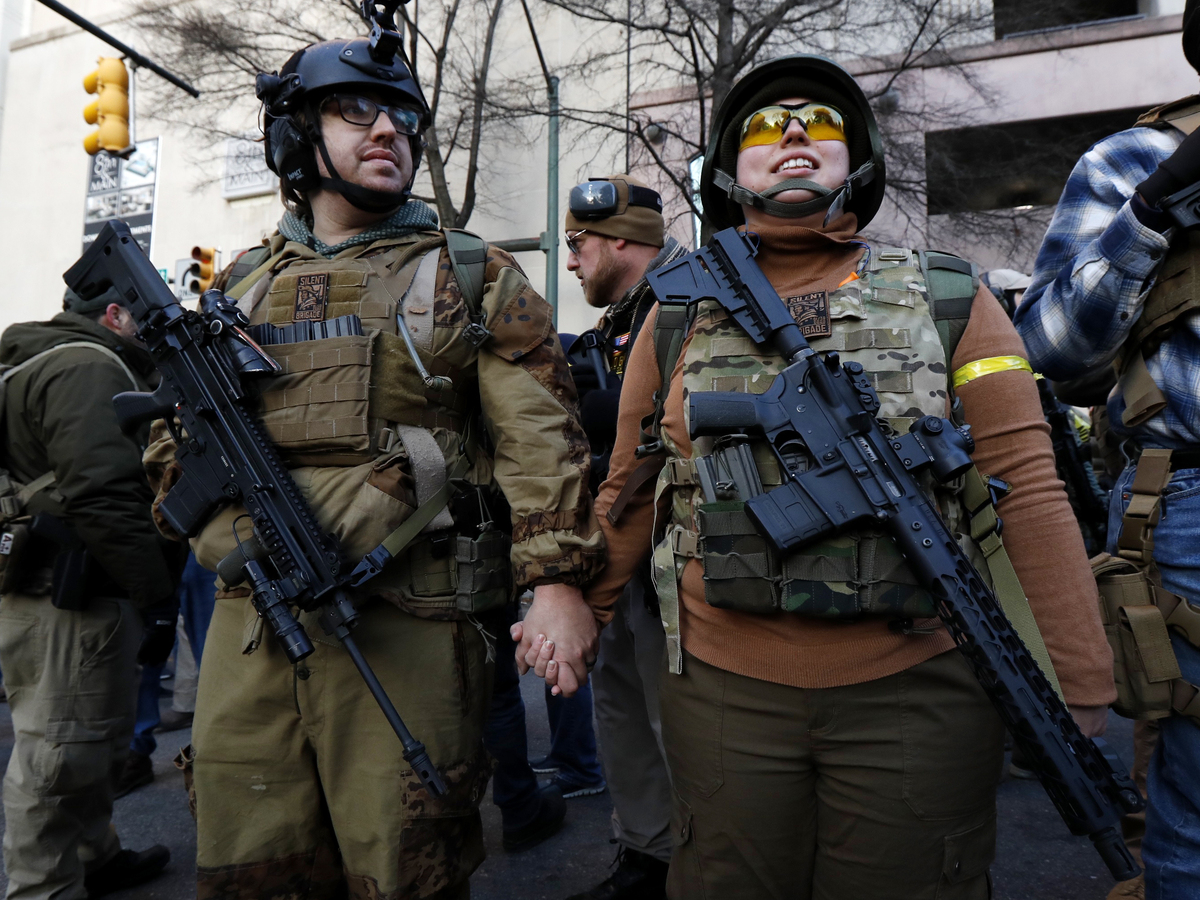 Demonstrators stand outside a security zone ahead of a pro-gun rally in Richmond, Va., on the morning of the Martin Luther King Jr. holiday.