Accessibility links
Review: 'The Man In The Red Coat,' By Julian Barnes In his latest book, Julian Barnes dives into the glittering life of Samuel Jean Pozzi, a celebrated French gynecologist who palled around with some of the brightest stars of the Belle Epoque.

'The Man In The Red Coat' Makes For A Fascinating Companion

'The Man In The Red Coat' Makes For A Fascinating Companion 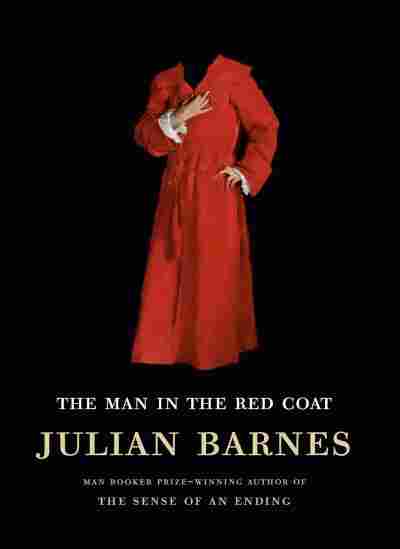 The Man in the Red Coat

Title
The Man in the Red Coat
Author
Julian Barnes

Want a great antidote to distress over current events? Julian Barnes found it in his immersive plunge into the incredible flowering of sexual and artistic expression in Belle Epoque France, and into one man's mostly admirable life in particular. His 24th book (and eighth volume of nonfiction), The Man in the Red Coat, is a wonderful demonstration of the sort of free-range intellectual curiosity Barnes feels has been stymied by the xenophobia and national chauvinism behind Brexit.

In part a biography of Samuel Jean Pozzi, a celebrated French gynecologist and Don Juan who is the red-robed subject of John Singer Sargent's sumptuous full-length portrait, "Dr. Pozzi at Home," Barnes' book expands into an erudite, entertaining, and beautifully illustrated disquisition on the period between 1870 and 1914, which actually bears some interesting parallels with our own times.

The son of two French language teachers and a longtime Francophile who sealed his literary stature with his third novel, Flaubert's Parrot (1984), Barnes is in his element writing about Dr. Pozzi's dazzling circle of contemporaries, which included Guy de Maupassant, Colette, Stéphane Mallarmé, Joris-Karl Huysmans, and Marcel Proust. Sarah Bernhardt was a patient and lover, who called him "Dr. Dieu." Close medical colleagues included Proust's father and brother. Most of these notables made it onto collectible photographic cards that were included with Félix Potin chocolate bars between 1898 and 1922, rather like baseball trading cards, and are reproduced throughout Red Coat.

The book begins with what at first seems to be the start of a joke: Three Frenchmen — a prince, a count, and a celebrity gynecologist — head to London in 1885 for some "intellectual and decorative shopping." But this is no joke. They're all aesthetes, and they've crossed the Channel to bask in Handel at the Crystal Palace and stock up on Liberty curtain fabric. They come bearing an introductory letter from Sargent to Henry James.

With the doctor, Barnes has found an unusual, largely forgotten hero. Pozzi, Barnes writes, was a pathbreaking surgeon, the person to call to extract a bullet or suture intestinal lesions after a duel (an all-too-common occurrence at the time, and, Barnes notes, cheaper than today's libel suits) or to remove a massive ovarian cyst, as he did from Bernhardt. In his seminal textbook, Treatise of Gynaecology, Pozzi established guidelines for gynecological exams with the patient's comfort in mind. He also saved countless lives by introducing British surgeon Joseph Lister's antiseptic methods to colleagues who didn't see the need to wash their hands before operating.

But Dr. Pozzi wasn't all work and no play, as Barnes makes clear. Rational, energetic, and personable, he was also an unhappily married Lothario who seduced many of his female patients, earning him the sobriquet Dr. Love ("L'Amour médicin"). In one of many delicious tidbits, Barnes reports that the Princess of Monaco dubbed Pozzi "disgustingly handsome." Barnes doesn't shy from discussing the doctor's sexual transgressions — including a decades-long affair with a married Austrian Jew — or his daughter's distress over her strained relationship with her father, which she wrote about in her intimate and often histrionic diaries, from which Barnes quotes at length. But he cautions that it is inappropriate to judge Pozzi by today's standards.

The two aristocratic chums who accompanied Pozzi on that cultural jaunt to London are less admirable but no less interesting. Prince Edmond de Polignac was one of many Belle Epoque gold diggers who married American heiresses to refill their financial coffers. He was also a closeted gay man whose "aristocratic horse trade" with sewing heiress Winnaretta Singer, a lesbian 31 years his junior, turned out to be a win-win (or Winn-Winn) situation — she got a title, he got funding for his lavish lifestyle, and they got along.

Barnes flits through the sexual gossip, petulant duels, violent outbursts, medical advances, anti-English jibes, and lurid excesses of the Belle Epoque, seasoning it all with wry interjections on art and literature.

The flamboyant Count Robert de Montesquiou personified dandyism. A mediocre poet and avid collector of curiosities, he found a measure of immortality in other artists' work — including James Whistler, Giovanni Boldini, and Proust. He was also the model for the central character in Huysmans' dark, fantastical "bible of French Decadence,"Against Nature (A Rebours) (1884).

Like his meditations on death and grieving, Nothing to Be Frightened Of (2008) and Levels of Life (2013), there's both an elegance and informality to Red Coat — rather like Pozzi's dashing dressing gown in Sargent's famous portrait. But this is a more cheerful book which, although deeply researched, announces itself as a freewheeling study by eschewing the usual trappings of scholarship, including bibliography, footnotes, and even chapters.

Barnes flits through the sexual gossip, petulant duels, violent outbursts, medical advances, anti-English jibes, and lurid excesses of the Belle Epoque, seasoning it all with wry interjections on art and literature. He reminds us that "there are more uncertainties in nonfiction than in fiction" and so much we cannot know. He declares memorably, "Biography is a collection of holes tied together with string, and nowhere more so than with the sexual and amatory life."

Among the unanswerable questions Red Coat raises: "Do gynecologists make better lovers?" (Barnes admits this sounds like a bumper sticker.) Was Sarah Bernhardt, purportedly a nymphomaniac, anorgasmic? What actually happened to cause the chill between Pozzi and his wife? He writes, "All of these matters could, of course, be solved in a novel."

A Don Juan shot dead by a man who blamed him for not curing his impotence. What sort of morality tale is that? In fiction, it would seem cutely snug. Nonfiction is where we allow things to happen — because they did — which are glib and implausible and moralistic.

Nothing glib about this delightful, consummately open-minded book.