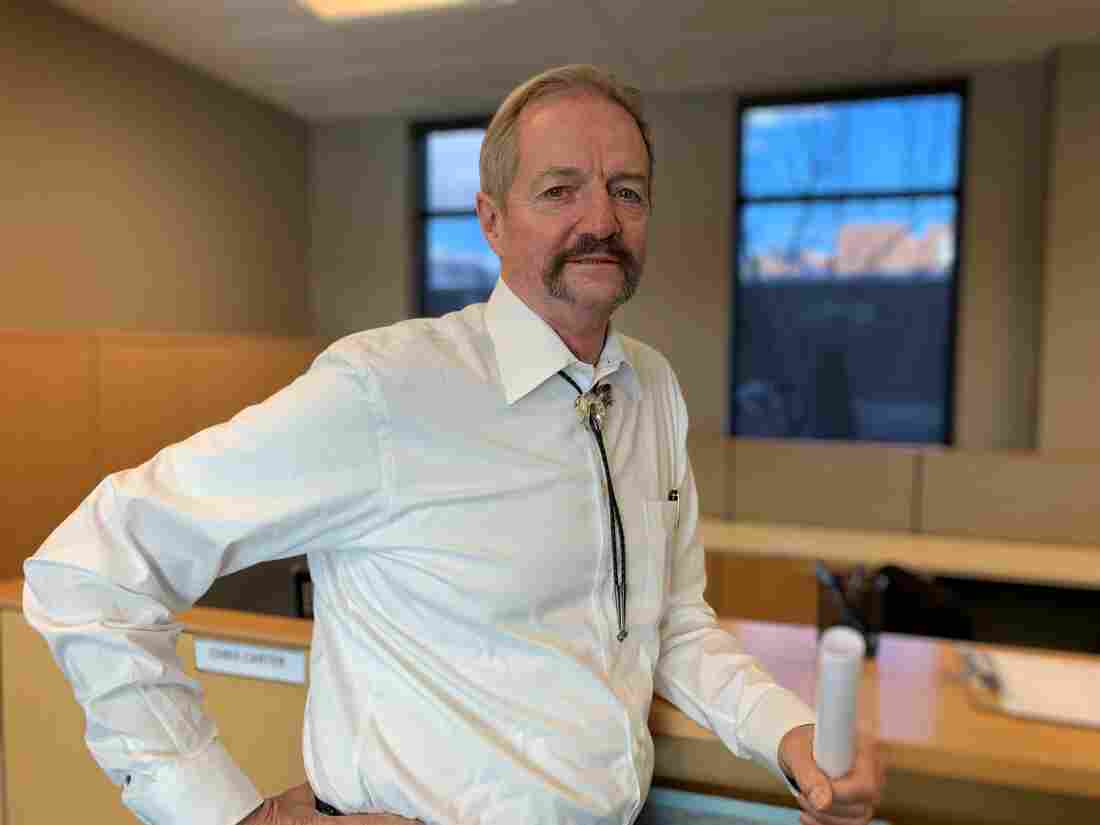 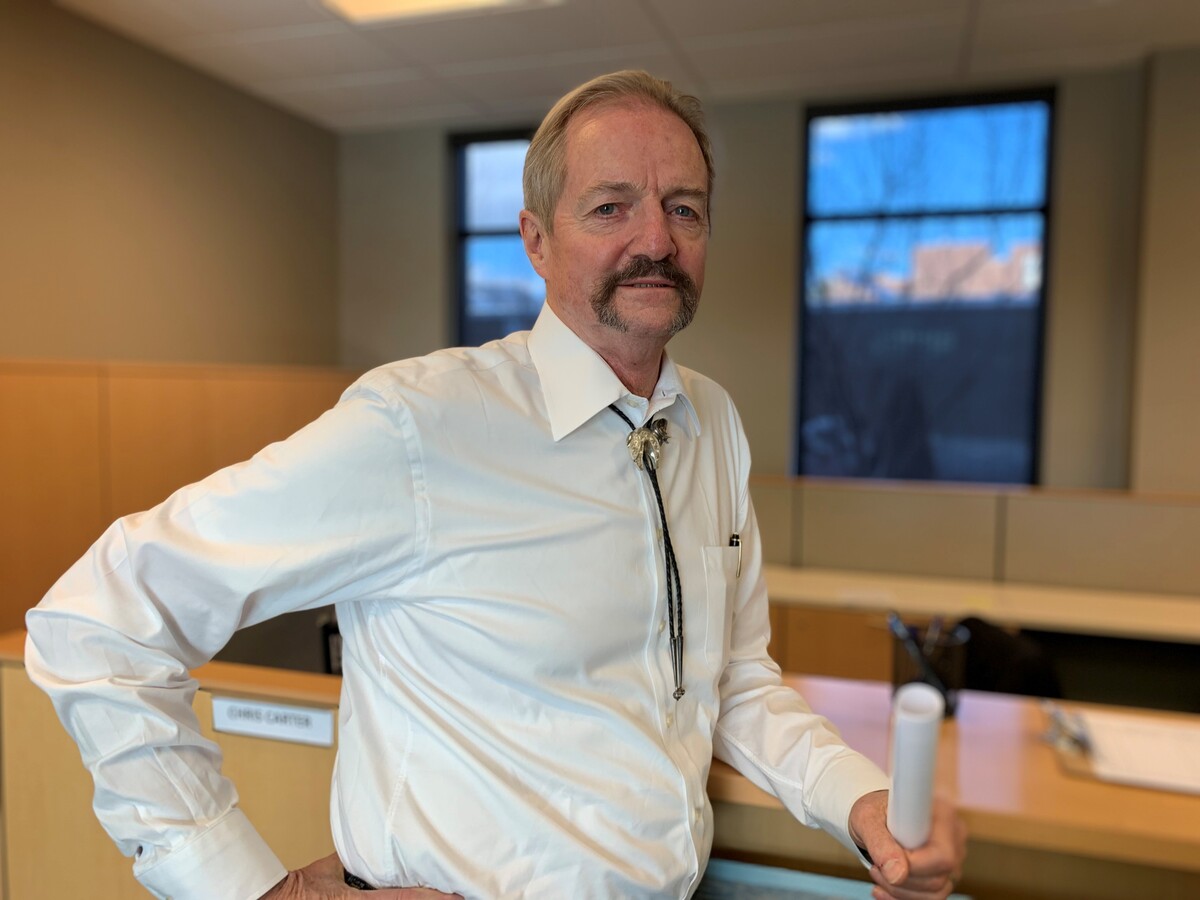 The Bureau of Land Management's new headquarters in Grand Junction, Colo., is a long 1,900 miles away from Washington, D.C.

In the small western Colorado city, it's impossible to ignore you are surrounded by federal public land: the towering mesas, red rock canyons and the Colorado National Monument.

It's also hard to miss the other tenants the agency shares office space with in its new building on the northern edge of town. There's Chevron upstairs. On the main floor, right next door to BLM's new glass entryway, is the Colorado Oil and Gas Association, the state's lead energy lobbying firm.

"And I'm just thankful it's not a marijuana dispensary," says William Perry Pendley, who's served as BLM's acting director since last summer.

There's no dearth of pot shops around here. But the agency says it's also hard to find an office space where the industry doesn't have a presence. Just 30 miles east of here is one of the country's most prolific natural gas deposits on public land, the Piceance Basin.

At 6'5", Pendley is wearing a crisp white western shirt and black bolo tie. And he seems tired of the symbolic criticism. The General Services Administration, not him or the BLM, found this space to lease anyway, he says.

"Let's be real," Pendley says. "The oil patch can always afford to fly to Washington and sit down with somebody, the people who can't do it are farmers and ranchers and people from small communities and county commissioners."

The Bureau of Land Management decides who gets to do what on some 250 million acres of public land in the country, or to put it another way roughly one-tenth of all the land in the U.S. Relocating its headquarters to the West, where most of its actual land is, has been floated for years. But now the Trump administration is actually making it happen. 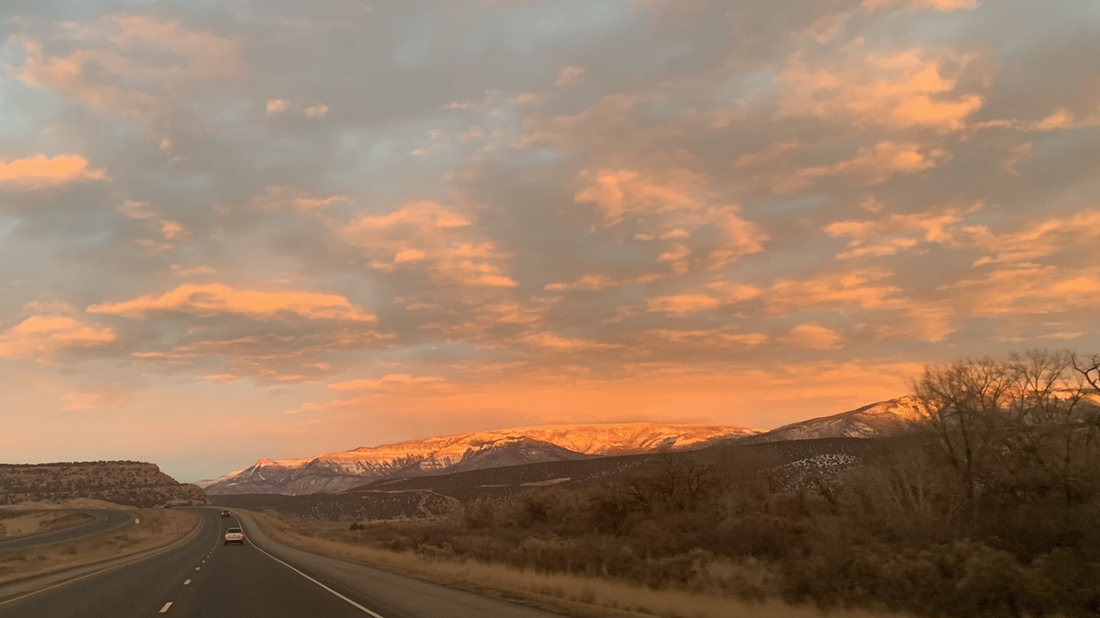 BLM land near Grand Junction, Colo. The acting agency director hopes to have 40 staffers at the new headquarters by the end of March. Kirk Siegler/NPR hide caption BLM land near Grand Junction, Colo. The acting agency director hopes to have 40 staffers at the new headquarters by the end of March.

For Pendley the move is part of a broader push by the controversial president to decentralize the federal government.

"I think the more important story is we're out here, we're in the local community, and locals can come and see us," he says. "We're just a short day's drive away from a lot of people who would never think of flying to D.C. to sit down with the director."

The 74-year-old attorney served in President Reagan's Department of Interior under controversial Secretary James Watt. But he spent most of his career at the conservative Mountain States Legal Foundation in Colorado. There, he frequently challenged the BLM in cases representing miners, ranchers and recently Utah counties who fought Bears Ears National Monument.

Some westerners, Pendley included, have long complained that the agency's leaders in Washington are disconnected with rural, resource-dependent communities.

"We have had great relationships with our local field offices," Pugliese says. "But ultimately we have learned that the decisions are made in Washington, D.C., where they don't really even know where Mesa County is or the impacts of their decisions on our economy."

Pugliese is a Republican. But there has been some bipartisan support in Colorado anyway for the relocation. In part because the government is moving higher paying leadership jobs out here.

Still, for the most part, many Democrats and many more conservationists are fighting the move to Grand Junction. They lost a bid in Congress to strip appropriations for its funding. But they did convince the Government Accountability Office to launch an inquiry.

"This is public land that belongs to not just people in this county but all Americans," says Cody Perry, a local activist and environmental filmmaker.

He's standing at a trailhead at the entrance to Bangs Canyon, a BLM recreation site about a 10-minute drive south of town. The area is also popular with hikers and mountain bikers. While oil and gas has long been woven into Grand Junction's economy — in some cases its identity — lately the city and county have marketed its easy access to outdoor amenities. Many outdoor recreation businesses have opened or relocated here recently.

Perry, who grew up on a ranch in rural Arizona, points out that the vast majority of BLM staff is already living and working full-time in the rural West. And he worries that removing leaders from the halls of power in D.C. will turn the agency into a backwater. But he thinks that's by design.

"I think it's an absolute effort to undermine and dismantle an agency," Perry says. "We're essentially removing institutionalized knowledge that is being basically dismantled by industry actors." 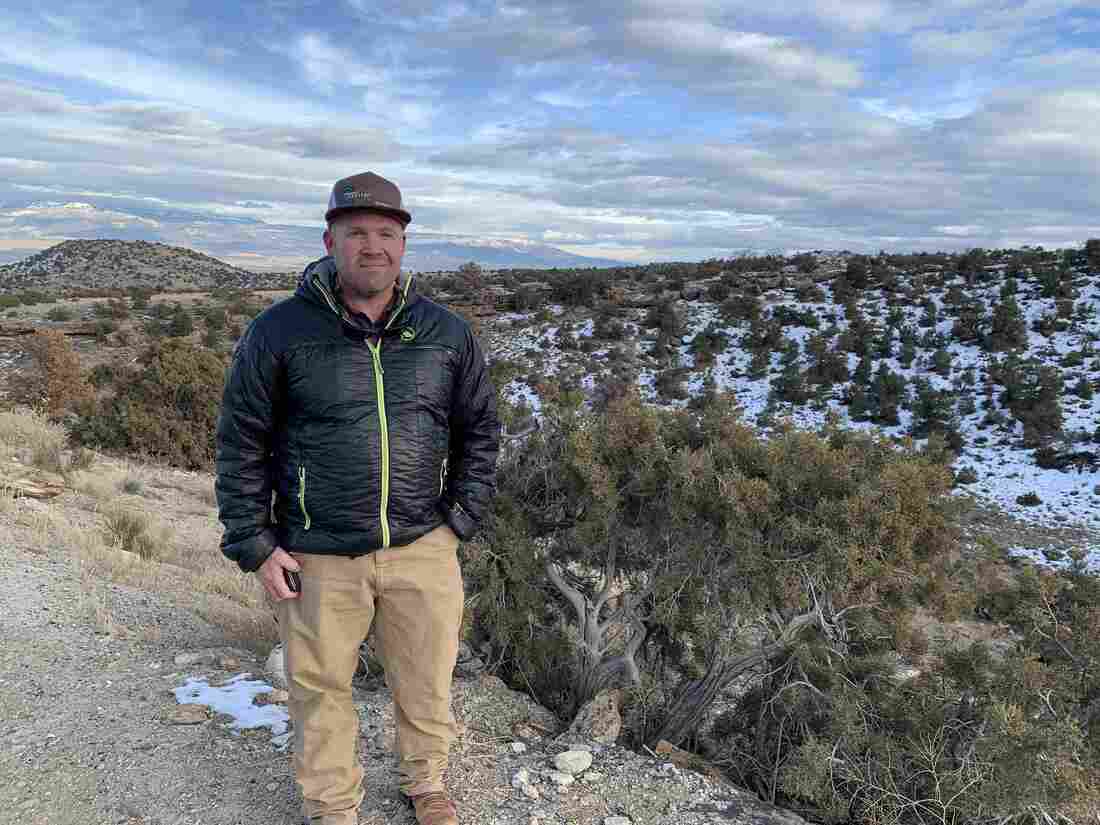 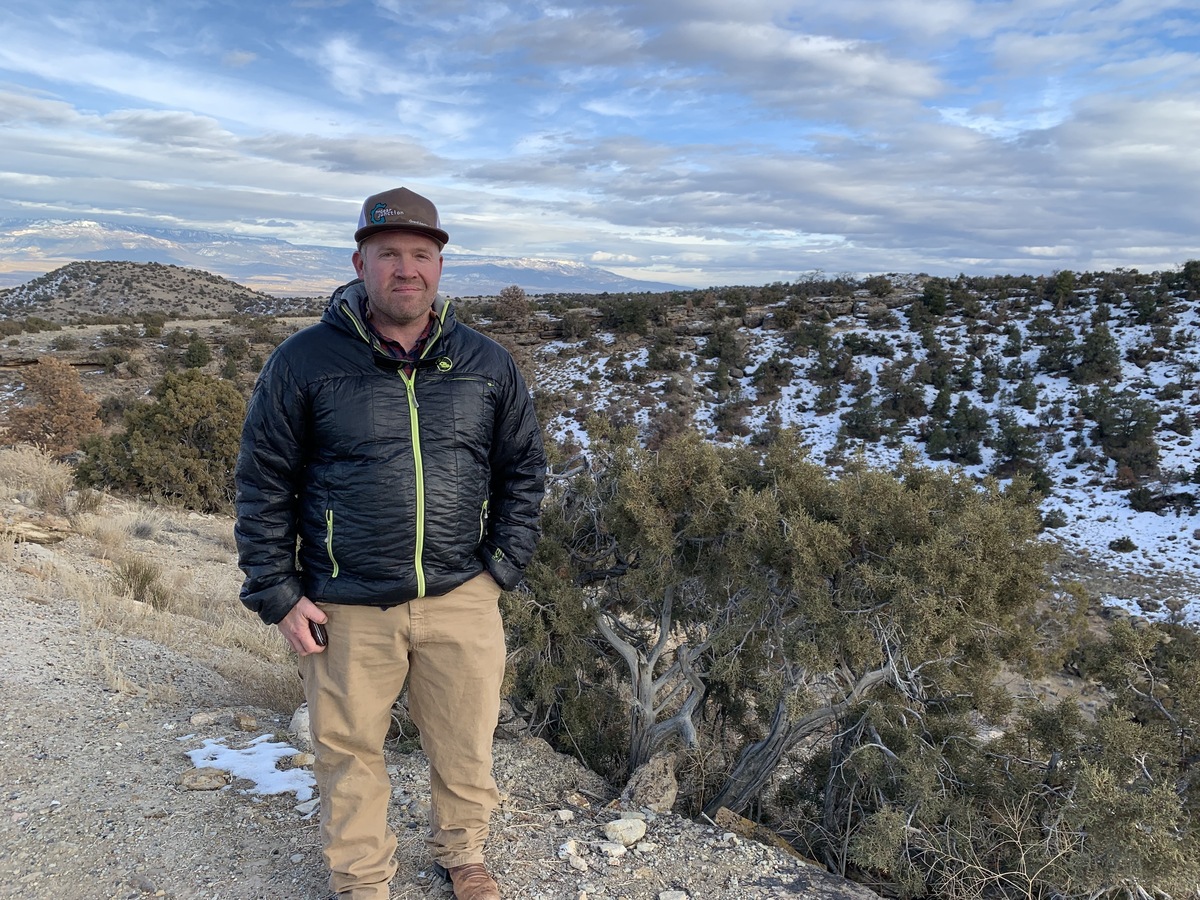 Environmental activist Cody Perry worries the relocation is part of a broader effort to dismantle regulations on federal public lands.

Back at the BLM's still mostly empty offices near the city's small, regional airport, Acting Director Pendley counters that, if anything, the BLM is staffing up to carry out the administration's public lands agenda.

"Why in the world would we fire people or dismantle an agency that's critical to accomplishing our goals like energy independence, like increasing recreational access, like decreasing the likelihood of wildfires all across the West," he says.

But for the third straight year President Trump has proposed cutting the agency's budget.

Pendley hopes to have up to 40 staffers here by the end of March, around the time that his temporary appointment to lead the agency expires.