Accessibility links
Stream Gorgeous Ambient Music From Brian & Roger Eno, Jon Hopkins And More : All Songs Considered We premiere a new song from Roger and Brian Eno, plus the ambient sounds of Jon Hopkins, Skylar Gudasz and more artists who offer a soothing mix to slow the blood, calm the nerves and inspire the mind. 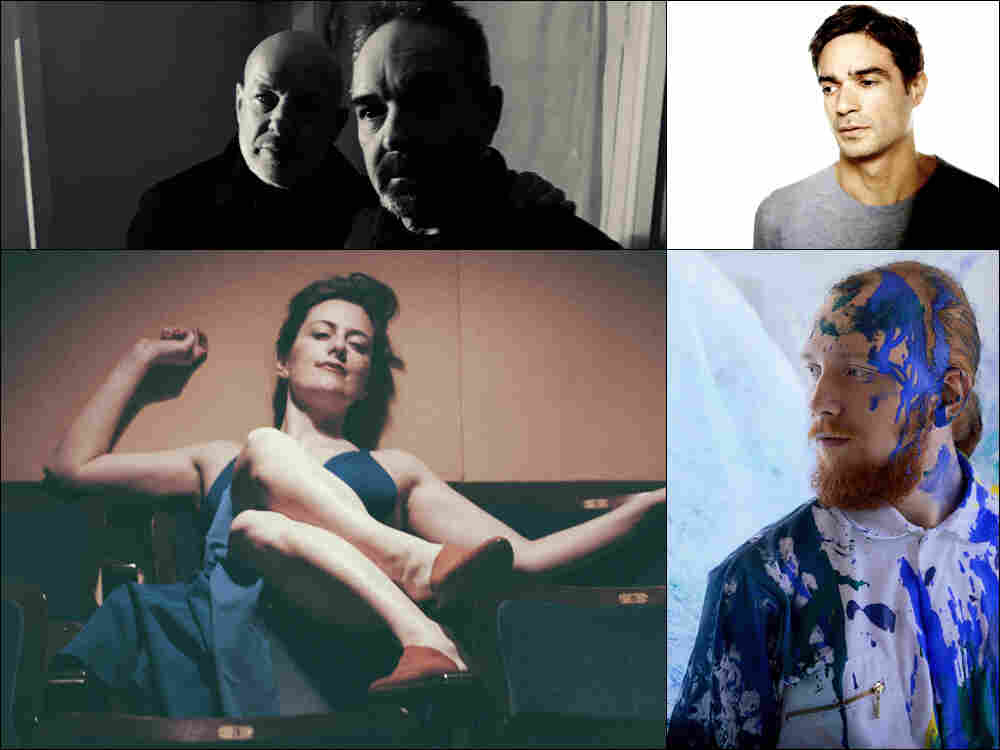 On this edition of All Songs Considered, we bring you much-needed calm. It's a show of mostly ambient music, music meant for either the background or foreground. It's music that can be relaxing and also can stimulate creative thought. Ambient music is a term coined by Brian Eno back in 1978 with the release of Music For Airports. We have a world premiere of new music from Brian Eno and his brother Roger Eno. The song, "Spring Frost," is from a collaboration that began 15 years ago, and resulted in the brothers' first-ever album together, called Mixing Colours.

Jon Hopkins is a musician who often plays more upbeat electronic music. Still, he's just released a new song performed on piano, with violin arrangements by Emma Smith, called "Scene Suspended." Another piano-based song comes from the German composer known only as Lambert, with a tune called "Vienna." Niklas Paschburg made a gorgeous record in 2018 and is back with a new album titled Svalbard, inspired by the landscape between mainland Norway and the North Pole.

Ian Urbina is a journalist and author who spent five years out at sea, exploring everything from overfishing to the murder of stowaways. In addition to writing a book called The Outlaw Ocean, he captured sounds in the course of his five-year journey and invited over 200 musicians around the world to use his recordings to inspire music. One of those artists is Jamison Isaak, who records under the name Teen Daze. He used the sounds of the ocean, fishermen chanting while netting fish and more to compose the piece "Reel In (Sea Slavery)," which we include on this show.

We end with the one vocal cut on this week's episode, from the Durham, North Carolina artist Skylar Gudasz. It's called "Actress," which imagines the song a bartender might put on after the last customer leaves.

Note: A premiere of a different song from the Mixing Colours album — "Spring Frost" — is available to hear in the full podcast with the listen link at the top of the page. "Spring Frost" will be available to stream everywhere after the album is released on March 20.