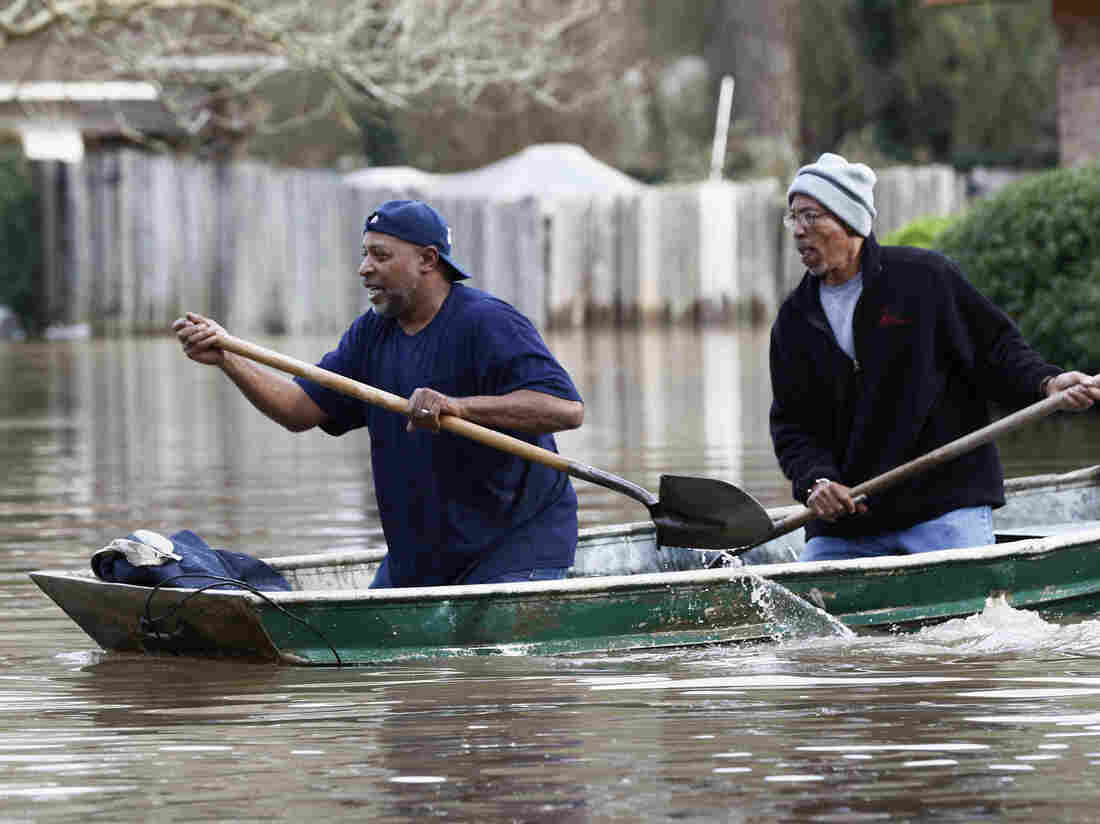 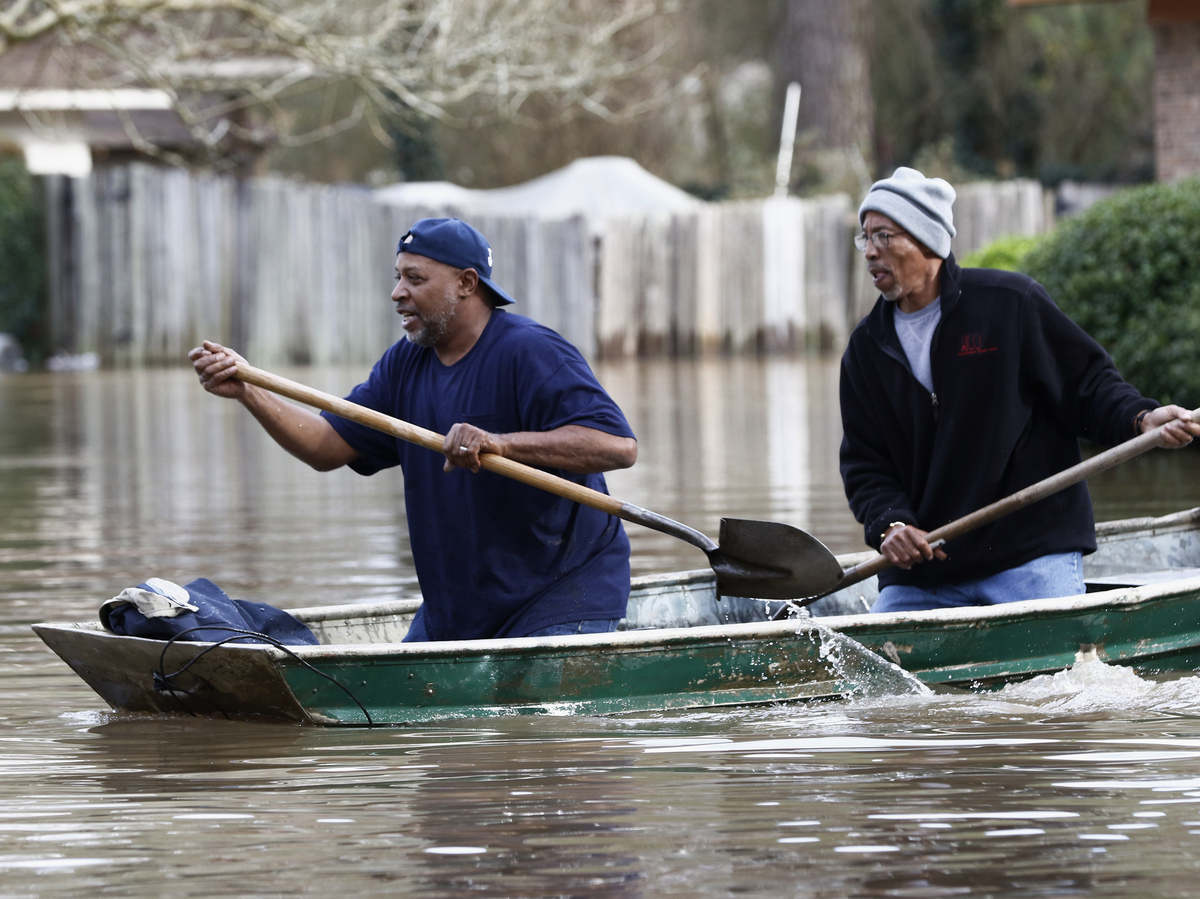 Jackson, Miss., residents use shovels to work their way through Pearl River floodwaters on Sunday.

Mississippians had been braced for historic floods after days of heavy downpours. When the Pearl River crested in Jackson on Monday, the water was 8 feet above flood stage — but that was lower than many had feared.

The river crested at 36.7 feet in the state's capital city. The full extent of the damage isn't yet clear, but authorities estimated that up to 1,000 homes in central Mississippi had been flooded.

Jackson resident Yvonne Magee is among those forced to flee because of the waters that now surround her home.

"Really, truly, if it does come in and damage everything in there, I'll have to start over," she told the Clarion-Ledger. "I'll be without nothing, because everything I got, I own. But I will be grateful because I got me and my kids. I can't get me and my kids' life back."

"We as a state are not in the clear yet," Reeves warned. "Do not walk or drive through floodwaters. Turn around, don't drown. If you were told to evacuate, please heed these orders and do not return until officials have told you it's safe."

A flash flood warning is in effect in the area until Wednesday morning, as up to 2 inches of rain are expected to fall.

Reeves said Monday that forecasters expected the water to recede over the following two to three days, but he noted that the receding water would be flowing fast.

JACKSON FLOODING: The scene has changed over the past 48 hours for Rankin Street in downtown Jackson. The Pearl River on Saturday (left) was at 35.7 ft. & Monday (right) reached 36.7 ft. @WJTV @NWSJacksonMS #MSwx pic.twitter.com/hNyVPohCiQ

More rain is predicted for the area on Thursday and possibly Friday. The water isn't expected to rise further in central Mississippi, but the governor said continued rains could imperil counties downriver.

Reeves stressed the importance of residents photographing and reporting damage to assist in citizens' insurance claims as well as for the state to get federal recovery funds to rebuild infrastructure.

Jackson resident Shaunta Durr told Mississippi Public Broadcasting that her home had taken on water. Durr and her husband and daughters left on Friday and returned a few days later to take photos of damage to their home.

"Of course I know that it has flooded in," she said. "I think there's a possibility of a lot of mold that will settle in. I'm really concerned about the smells."

The state's emergency management agency says that even with so many homes affected, its shelter in Jackson housed only 17 people Monday night as most people are staying with relatives. The agency says it will interview affected people to determine their long-term shelter needs. 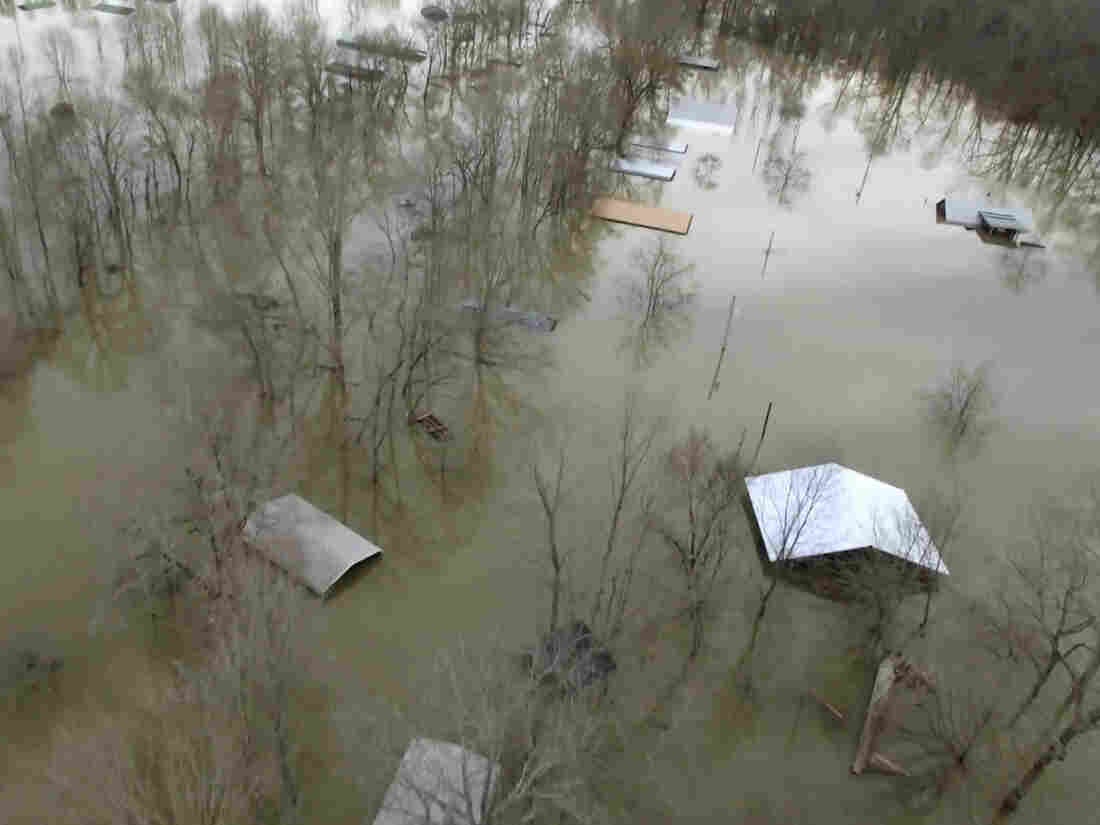 Buildings were underwater on Saturday in Savannah, Tenn., after days of heavy rain in the area. Melvin Martin/Hardin County Fire Department via AP hide caption 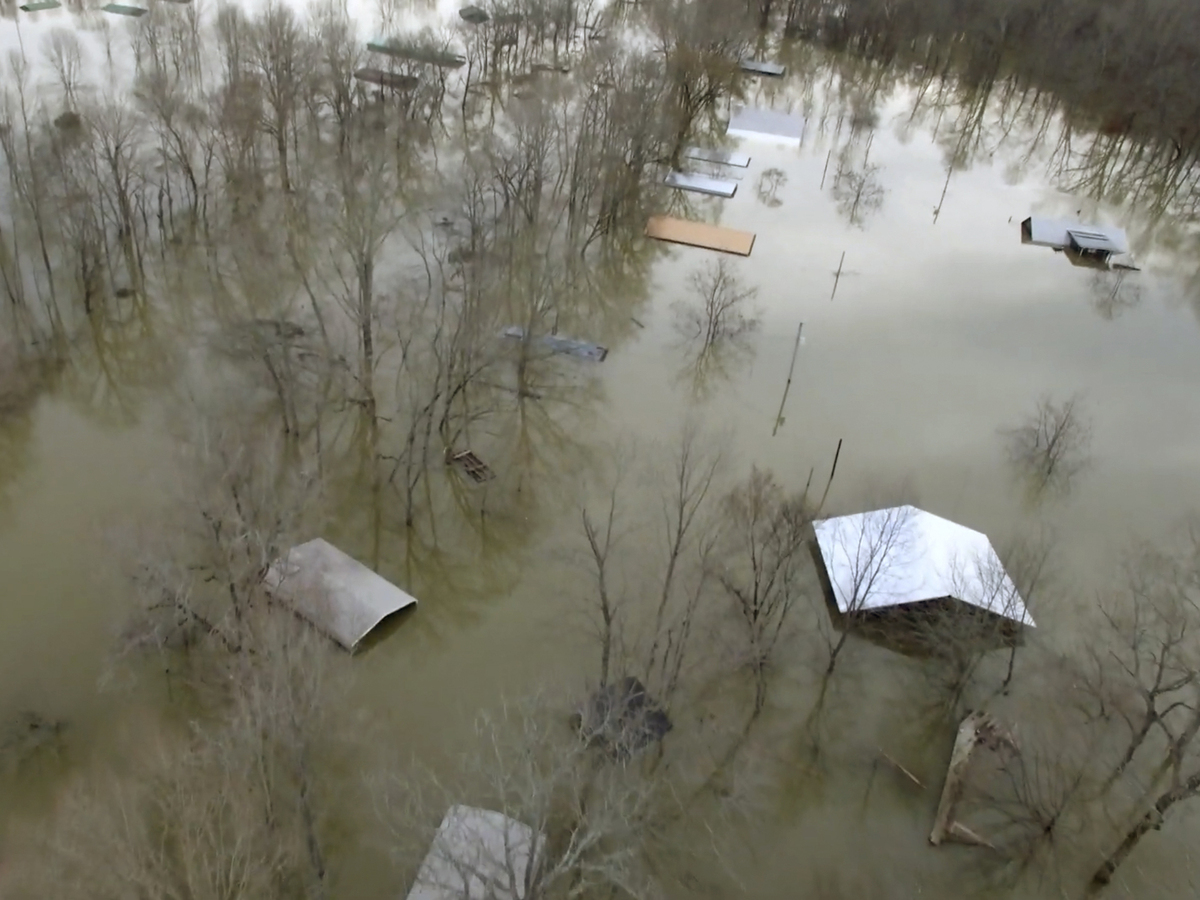 Buildings were underwater on Saturday in Savannah, Tenn., after days of heavy rain in the area.

The high waters hit parts of Tennessee, as well. In the southwest town of Morris Chapel, two homes collapsed after the land beneath them gave way.

"It is a chess match we're playing with Mother Nature," Jim Hopson, spokesman for the Tennessee Valley Authority, told The Associated Press. "We have engineers on duty 24-7 trying to figure out what's the most effective way to move this water downstream with the least impact. They feel it. I feel it."