Accessibility links
'A Soldier's Play' Makes It To Broadway, Nearly 40 Years After Premiere A Soldier's Play tells the story of a murder in an African American unit of the U.S. Army after World War II. It premiered in 1981 and soon after won a Pulitzer Prize. Now, it's finally on Broadway. 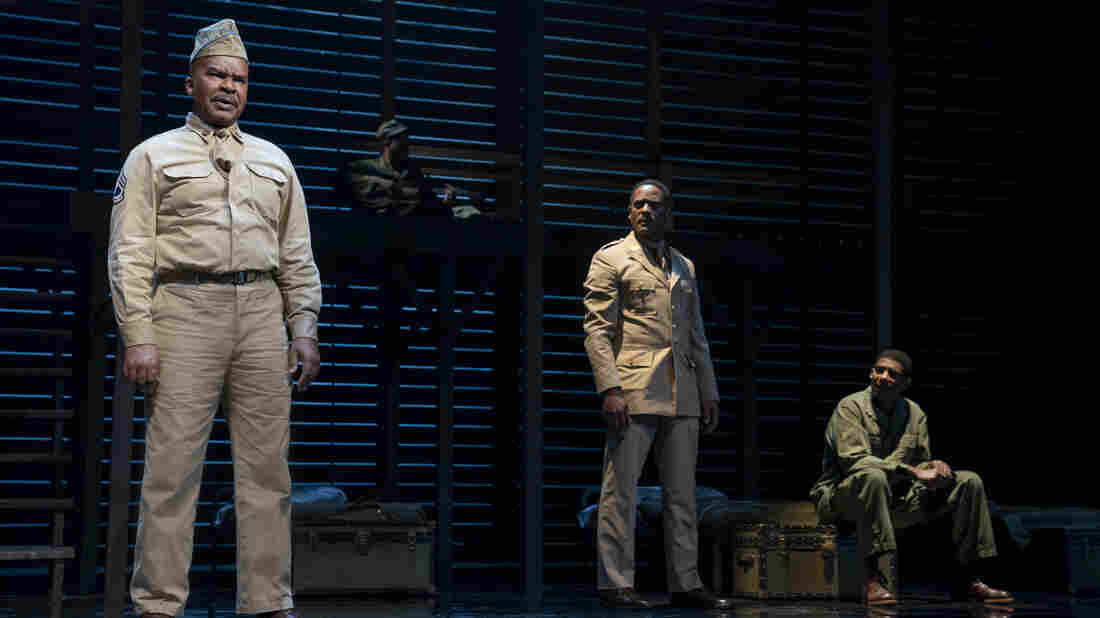 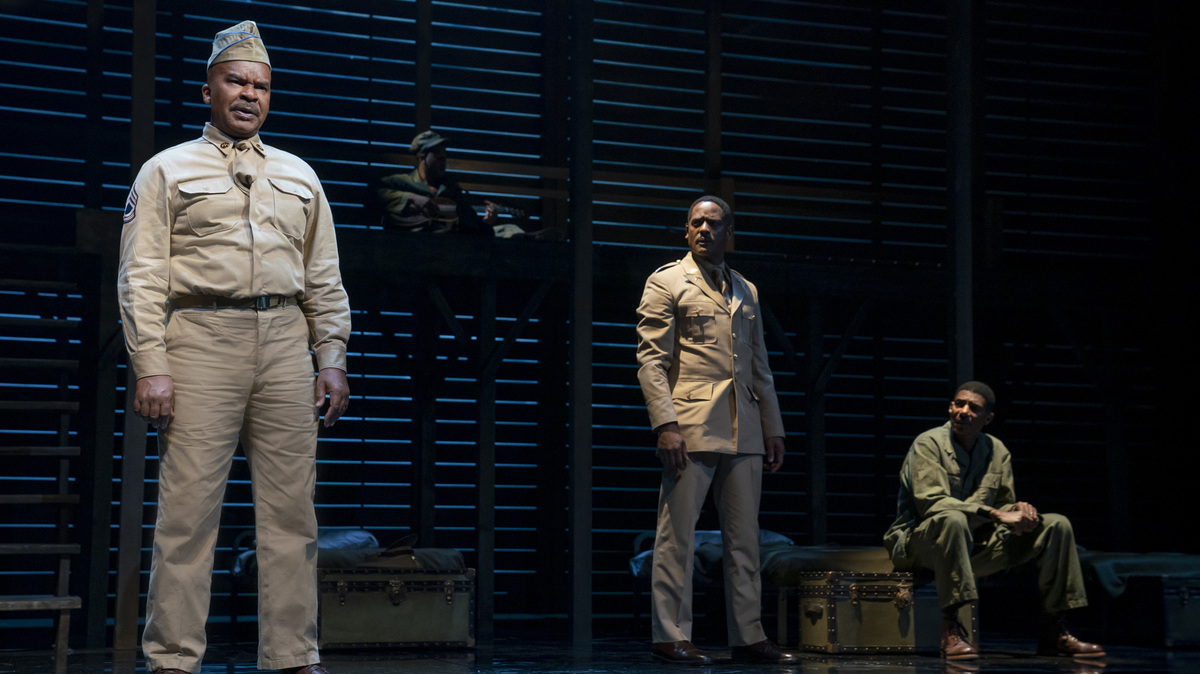 In 1981, Charles Fuller's A Soldier's Play premiered in New York City, featuring actors who would go on to become household names, like Samuel L. Jackson and Denzel Washington. The following year, Fuller became the second African American in history to win the Pulitzer Prize for Drama. But, at the time, the play did not transfer to Broadway. Fuller, who is now 80, wasn't surprised.

"I never thought it would be on Broadway," he says from his home in Toronto.

Now, though, it's happened: A Soldier's Play opened at the Roundabout Theater in January, and runs through March 15. Fuller came to New York City for opening night, and stood on the stage with the current cast and the director of the original production, Douglas Turner Ward.

The play, which is set on a segregated army base during World War II, tackles racism in a way that is seldom seen on Broadway. In the opening scene, an African American sergeant, Vernon Waters, is shot dead. At first the black troops who served under him suspect the Klan: The base is in Louisiana and there have been assaults against soldiers of color. But when Captain Richard Davenport, an African American lawyer, arrives on the base to investigate, it becomes clear that virtually every character has a motive to murder Waters, a martinet who can be cruel to his troops.

Fuller, who served in the military during the Korean War, says Sergeant Waters was not just a figment of his imagination. "I've run into those people all my life," he says. "They are people who are not happy about who they are, and what they are, and where they are."

In this production, David Alan Grier plays Sergeant Waters. He points out that Waters' experience serving in World War I was formative: "[T]his African American man went to Paris. He went all over Europe, fighting. And was treated better than he was in America. He believed in the American dream. And yet his heart was broken again."

Despite the honors his character has earned, Grier says the white soldiers on base see him as indistinguishable from his subordinates. And that prods Waters to turn his anger on the black soldiers. "You know, I often think that, if you put my dialogue intact into a white man or woman's voice, you would say this is a Klansman, this is a virulent racist," he says. "And in fact he is. Against his own."

It's wonderful to see on Broadway. But you have to admit, it took a long time.

When Captain Davenport starts interviewing the troops, he learns how Waters singled out individual soldiers for abuse — particularly those from the South. Waters hails from the North, and he sees these Southern soldiers as uncouth and beneath him. J. Alphonse Nicolson plays CJ Memphis, one of the soldiers Waters torments. Nicolson wasn't born when the play first premiered. "I feel like I've been part of history," he says, "But also, having to put it all in our face and realize, not much has changed" since A Soldier's Play premiered.

Fuller says one reason the play didn't transfer from off-Broadway all of those decades ago was because some theatergoers weren't ready to hear the play's closing line. In it, Captain Davenport tells a white officer he'd better get used to having black people in charge. It elicited whoops from the audience when I attended performances of A Soldier's Play. And it takes on new meaning after the presidency of Barack Obama.

Fuller says he's seen an evolution since his drama first premiered. "The country takes its time on certain things," he says. "And the play is one of those things. It's wonderful to see on Broadway. But you have to admit, it took a long time."