Accessibility links
Ontario's New License Plates Have A Problem: You Can't Read Them Some people were already grumbling about the redesign, but drivers soon noticed a bigger problem: The new license plates can be hard to read at night.

Ontario's New License Plates Have A Problem: You Can't Read Them

Ontario's New License Plates Have A Problem: You Can't Read Them 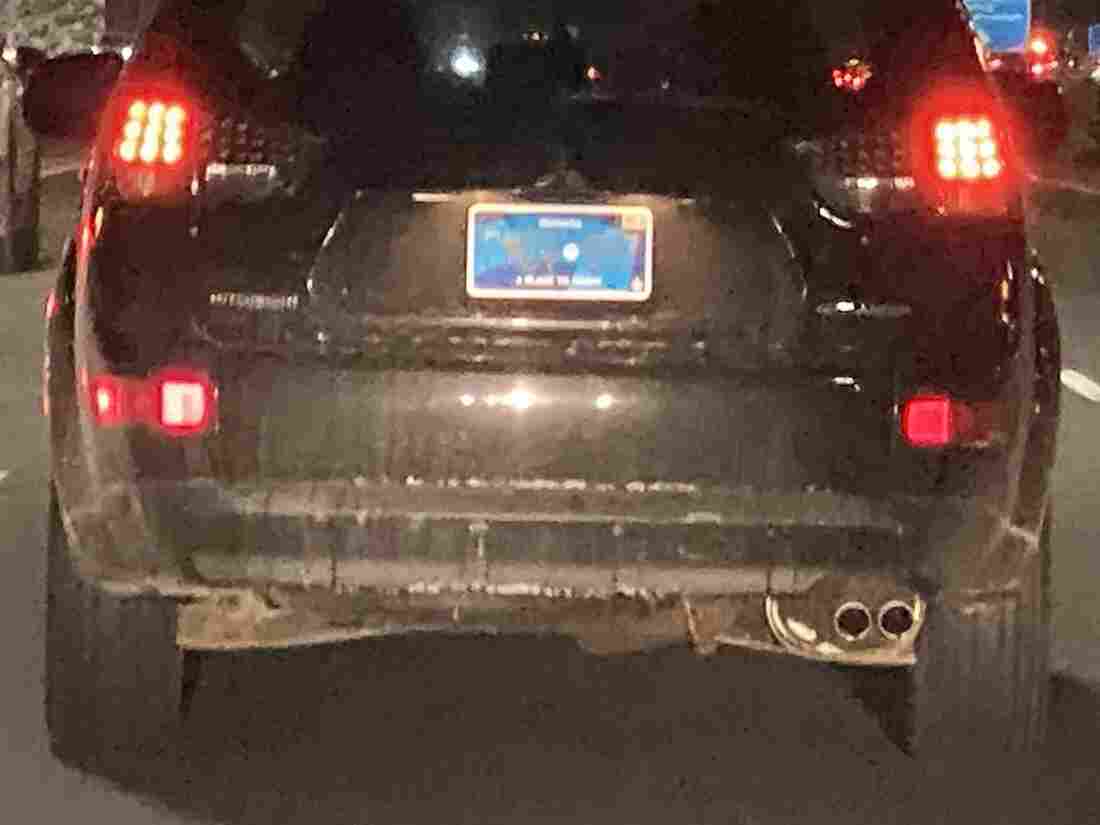 Toronto videojournalist Andrew Collins noticed that the new plates are "totally unreadable from a distance at night." He tweeted this still from a dashcam video. Andrew Collins hide caption 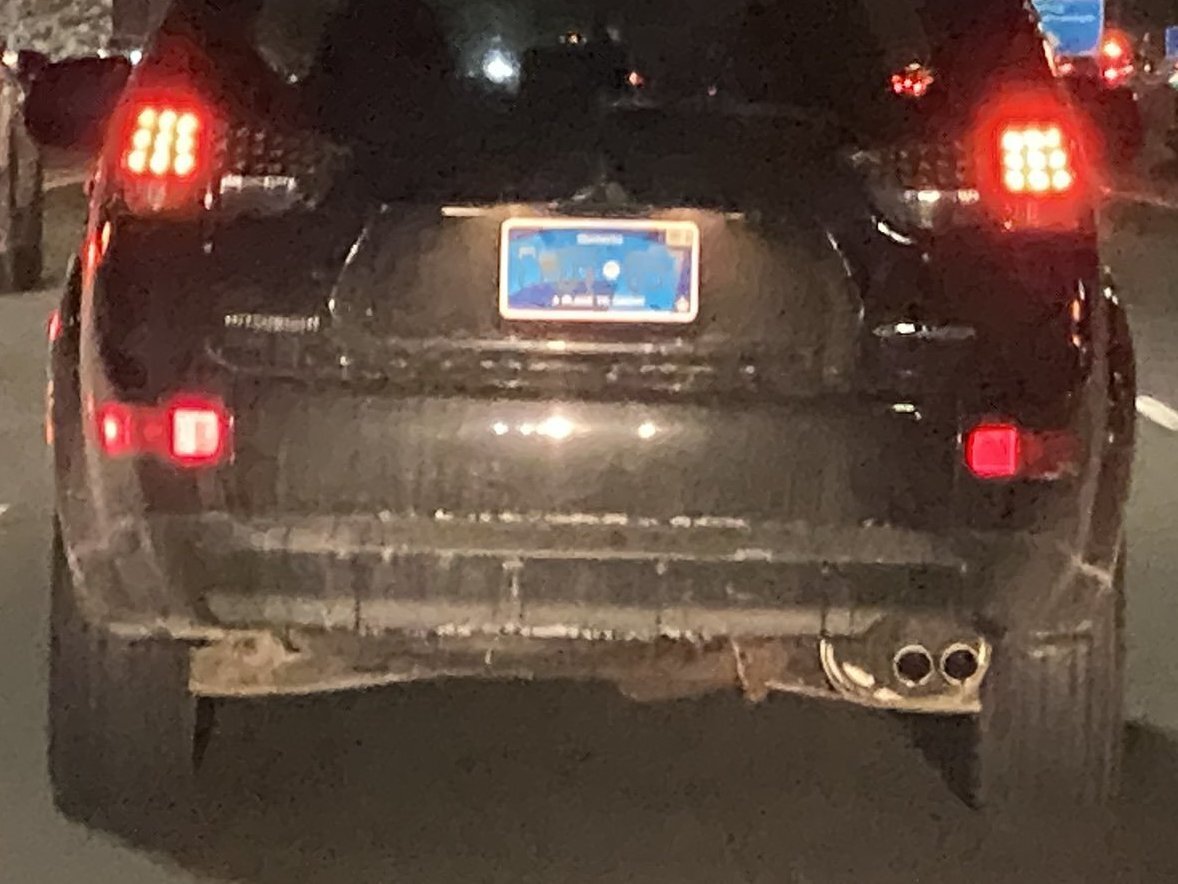 Toronto videojournalist Andrew Collins noticed that the new plates are "totally unreadable from a distance at night." He tweeted this still from a dashcam video.

They look cheap and like Q-tip boxes. You all can't even do license plates right. 😩 pic.twitter.com/zZwiThzdiT

The plates also had a new slogan – "A Place to Grow" – which drew the ire of some critics, who preferred the previous "Yours to Discover," which the plates had sported since 1982.

Then there was the palette: Observers noticed that the new plates had the same blue color scheme as Ford's Progressive Conservative Party.

But the real problems began once the plates went into use this month.

"Has anyone else noticed that the newly designed @ONgov license plates are totally unreadable from distance at night?" tweeted videojournalist Andrew Collins on Friday. "Could be an issue for [Toronto] police forces in the future."

A Twitter user who describes himself as a police sergeant in Kingston, Ontario, tweeted another photo with the same complaint the next day: "Did anyone consult with police before designing and manufacturing the new Ontario licence plates? They're virtually unreadable at night."

Ok, this was taken off duty in a relatively well lit parking lot with my headlights on. Did anyone consult with police before designing and manufacturing the new Ontario licence plates? They’re virtuallly unreadable at night. pic.twitter.com/CoLxnp3iTQ

It appears the new plate design is struggling with its most important job: clarity.

"It's crazy, right? It's unbelievable," says Collins, the videojournalist.

"If citizens can't read them and call in impaired drivers and traffic complaints, a police officer is certainly not going to be able to read them in a chase situation," he posits.

Journalists at Toronto's CTV network wanted to see whether they could re-create the problem, so they shined a light on the new and old plates while slowly moving away. In their video, the old plate remains plainly legible, while the letters on the new one quickly disappear into a blaze of white.

Update: We tried it with the old plate.

Again we have a prototype, which the gov’t says has been improved upon.

This is not scientific. #onpoli pic.twitter.com/btl64BmCad

Unsurprisingly, police chiefs in the province are concerned.

"Some officers are surprised and have been taking photos, saying this is what they're looking at," Ontario Association of Chiefs of Police spokesman Joe Couto told the Ottawa Citizen. "It shows very clearly that, especially at night, there may be some visibility issues." He said some police departments reported that their handheld scanners weren't able to read the new plates. 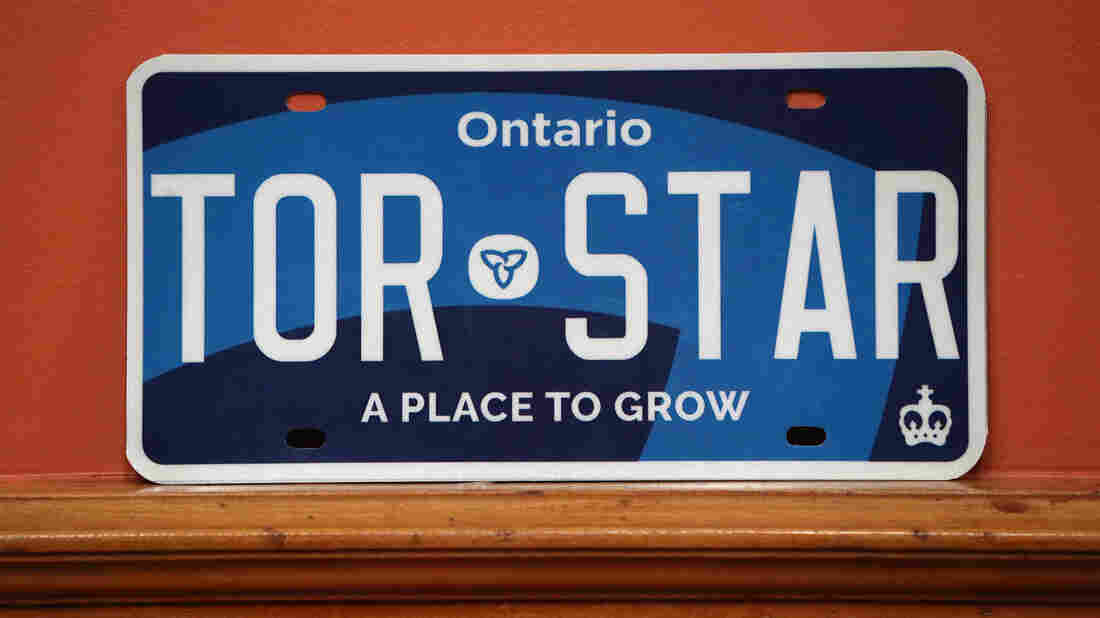 Problems with nighttime readability of the new Ontario license plates currently don't affect too many people because not many have the new design. Steve Russell/Toronto Star via Getty Images hide caption 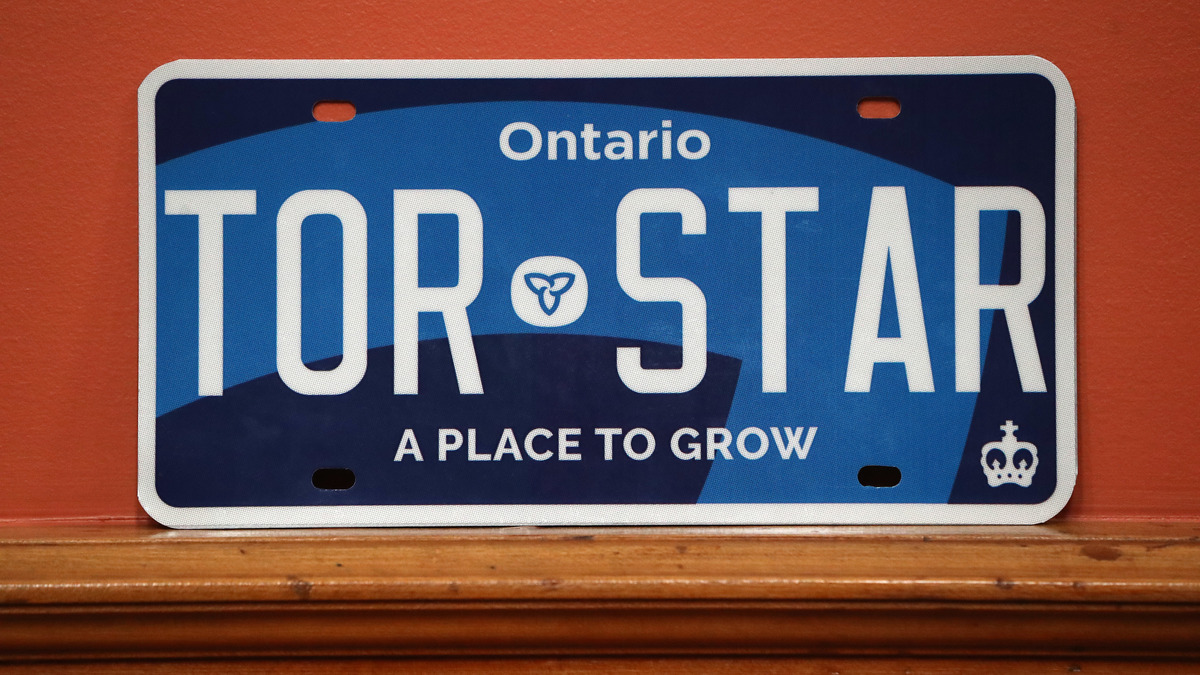 Problems with nighttime readability of the new Ontario license plates currently don't affect too many people because not many have the new design.

But it acknowledged that "some Ontarians are reporting concerns with readability to the naked-eye under certain light conditions," and says it is looking into the issue.

One silver lining? The plates are so new that very few vehicles have them.

"You pretty much have to have bought a new or used car in the last few weeks," says Collins. "Or, you're super with this government and you rushed out to get the Doug Ford plates."