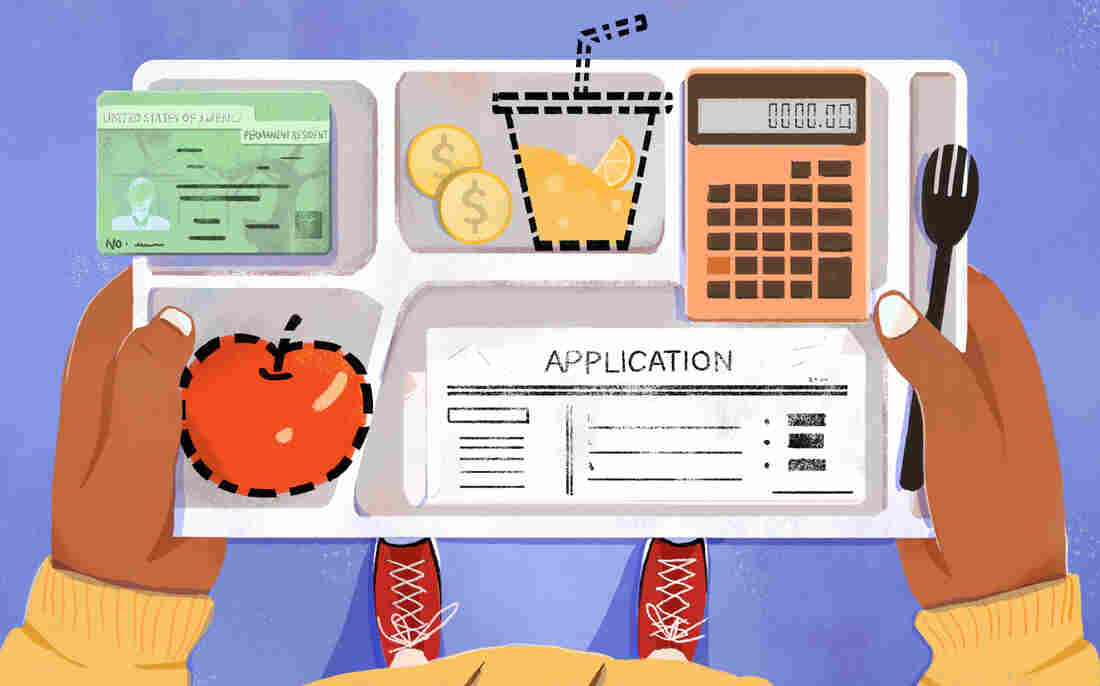 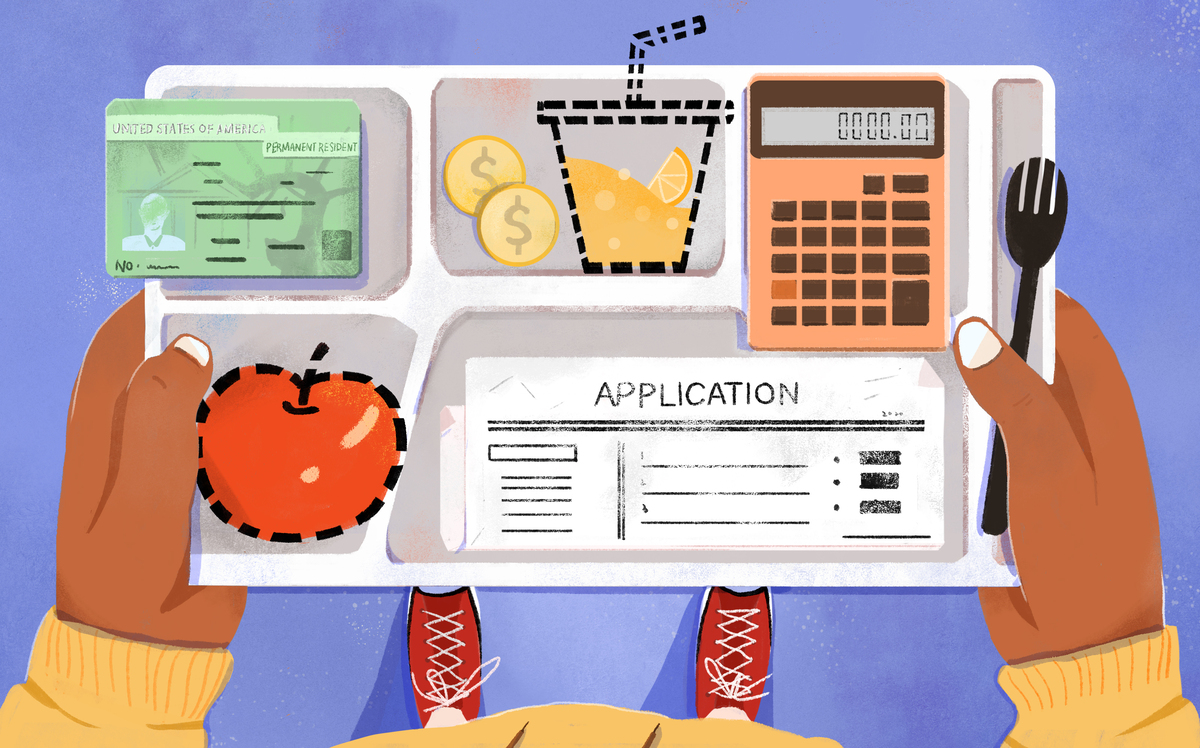 The first proposed change: The Trump administration wants to tighten states' standards for the Supplemental Nutrition Assistance Program, also known as food stamps. States have long been able to simplify enrollment in SNAP, allowing families who live in near poverty to apply for the benefit with less paperwork and somewhat more flexible rules to qualify. But the administration believes some households are getting benefits they don't deserve.

"Too often, states have misused this flexibility without restraint," said U.S. Secretary of Agriculture Sonny Perdue in July, when the change was proposed. "That is why we are changing the rules, preventing abuse of a critical safety net system, so those who need food assistance the most are the only ones who receive it."

The U.S. Department of Agriculture's proposal would force states to tighten SNAP enrollment standards. As a result of the proposed change, USDA estimates more than 3 million people would lose access to food stamps.

What does all this have to do with school lunches? Depends on who you ask.

"The truth is, the real impact of this rule on school lunches is virtually zero," Sam Adolphsen told the House Oversight Committee earlier this month. He's policy director for the Foundation for Government Accountability, a nonprofit group. "In fact, in 34 states, not one single child will lose their school lunch eligibility as a result of this rule."

At the same hearing, sitting just a few feet away, Diane Sullivan told a different story. She is an anti-poverty advocate with the group Witnesses to Hunger and has two sons in high school. "Without SNAP, in addition to having less food at home, my sons could lose access to free school meals," she said, calling the move "a gut shot to those least equipped to take the blow or to fight back."

Sullivan and Adolphsen clearly see these cuts differently. Who's right?

Let's start with the Trump administration's official estimate of the nationwide impact. The USDA says that as a result of tightening SNAP standards, 40,000 children will lose access to free and low-cost school meals. Hundreds of thousands more will lose free meals but still qualify to eat at a reduced cost. Sullivan says her two high schoolers likely fall into this group. "That's $252," she said, "an annual expense my already overwhelmed budget cannot absorb."

Advocates are worried about one more big problem: When those 3 million people lose access to SNAP, the children among them will also lose their automatic access to free school meals. Instead, they will have to apply.

In 2004, Congress passed a law requiring that school districts automatically enroll children in the free school lunch program if their families already receive SNAP benefits. No application needed. Paperwork can be an enormous barrier for low-income families, and lawmakers agreed: Failing to fill out a form should never keep a child from eating. But that is exactly what advocates fear will happen now, under the administration's new rule.

According to the government's own estimate, the change could push as many as 942,000 eligible children out of the lunch program, at least temporarily.

"Food is one of the most important school supplies a child has," said Lisa Davis of the No Kid Hungry campaign, who also appeared before the Oversight Committee.

She said limiting access to free or reduced-price school meals could have big consequences for students: "It exacerbates all of the other problems hungry children face — diminishing their academic performance, their mental and physical health, and their opportunity to achieve their full potential."

Perdue says the administration is trying to make sure those who need the help most are the ones getting it. In defending the change, lawmakers have repeatedly cited the story of one man, Rob Undersander. The Minnesota millionaire says he received SNAP benefits for a year and a half because, he says, as a retiree he had little income and his considerable assets weren't taken into account. Undersander says he wanted to highlight waste in the program and get "the law changed in Minnesota so that the money goes to the truly needy."

"I am not a fraud," Sullivan told lawmakers. She said SNAP benefits had been vital to her family but that, under the new rule, their household income would disqualify them. Last year, during a period when Sullivan was not enrolled in SNAP, she said the family car needed repairs. "The fruit bowl on my kitchen table often sat empty. I stretched the meat and veggies intended for one meal into two. My fear is that we will be pushed back into the same situation if this rule is implemented."

In a statement, the USDA points out that most children affected by the rule change — 96% — would still qualify to receive either free or low-cost school meals; families would simply need to submit the paperwork.

"All households have the opportunity to fill out an individual application for free and reduced-priced meals as schools are required to make the applications available," the statement reads. "This opportunity is available at any point throughout the entire school year and only needs to be done once per school year, typically at the start when parents are filling out other school forms."

But child advocates say this paperwork burden could keep eligible kids from eating.

"Experience tells us that far too many will fall through the cracks," Davis told lawmakers. "Confusion about eligibility, complex paperwork, human error and stigma all create barriers to enrollment."

Since the administration posted its proposed rule, as it is required to do, there have been nearly 184,000 public comments. So many, in fact, that the rule is not expected to be finalized until the spring.

The other proposed change

The other big change the Trump administration is pushing would also drive children out of the school lunch program. The Department of Homeland Security has proposed stiffening the nation's public charge rule to require aspiring citizens to prove they won't rely on public assistance, including SNAP.

While noncitizens don't qualify for most federal benefits, many live in households with someone who does, often a U.S.-born child who can legally receive SNAP benefits. But, again, if parents withdraw from SNAP, out of fear that receiving the benefit will block their path to citizenship, their children will also lose automatic enrollment in the school meals program.

"It's a huge barrier because this has frightened a lot of people," says Patricia Gándara, co-director of the Civil Rights Project at UCLA. "We hear from folks in the schools where these children are attending that the parents won't come in and sign up for the free lunch. And so school personnel know that the children are eligible, but the parents won't sign the forms because parents are also very afraid of signing anything that looks like they are using any benefit for fear of losing their status, their green cards."

While the impact of this rule change is difficult to quantify, since it won't go into effect until late February, one study by the Urban Institute found that a fear of the public charge rule has already had a chilling effect on some immigrant families.

The rule technically excludes benefits received by children, but many parents either don't know this or simply don't trust the government. While the new rule has been the subject of a heated legal battle, the U.S. Supreme Court recently voted 5-4 that it could go into effect later this month.

The school lunch program includes a provision that allows schools that serve a lot of low-income students to provide free meals to everyone — without having to collect individual applications. The provision saves schools time spent processing paperwork, and it eliminates the stigma some students feel around receiving a free meal.

For a school to qualify, at least 40% of its students must be certified to receive free meals. But if these new rule changes push too many children off school meals — and they fail to reenroll — some schools could drop below that 40% threshold and lose the ability to provide free meals to all. As many as 2,100 schools nationwide could be at risk. The needs of their children won't have changed — just the schools' ability to serve them.

The proposed changes could even hurt schools' bottom line beyond the cafeteria. Districts receive extra help from the federal government, in the form of Title I dollars, to serve vulnerable, low-income students. But districts commonly dispense these funds to individual schools based on enrollment in the free and reduced-price lunch program.

"If you have students leaving the free and reduced-price lunch program, who should be participating, you will underestimate the number of low-income students served in a school," says John King, head of the Education Trust and a former education secretary under President Barack Obama, "and the school will therefore get less funding."