Accessibility links
Harry Reid Says Nevada Should Go First In Democratic Contests After Iowa Issues The former Senate majority leader said Nevada's diverse population is more reflective of the Democratic electorate and that his state has "a tremendously good case" after Iowa's troubles. 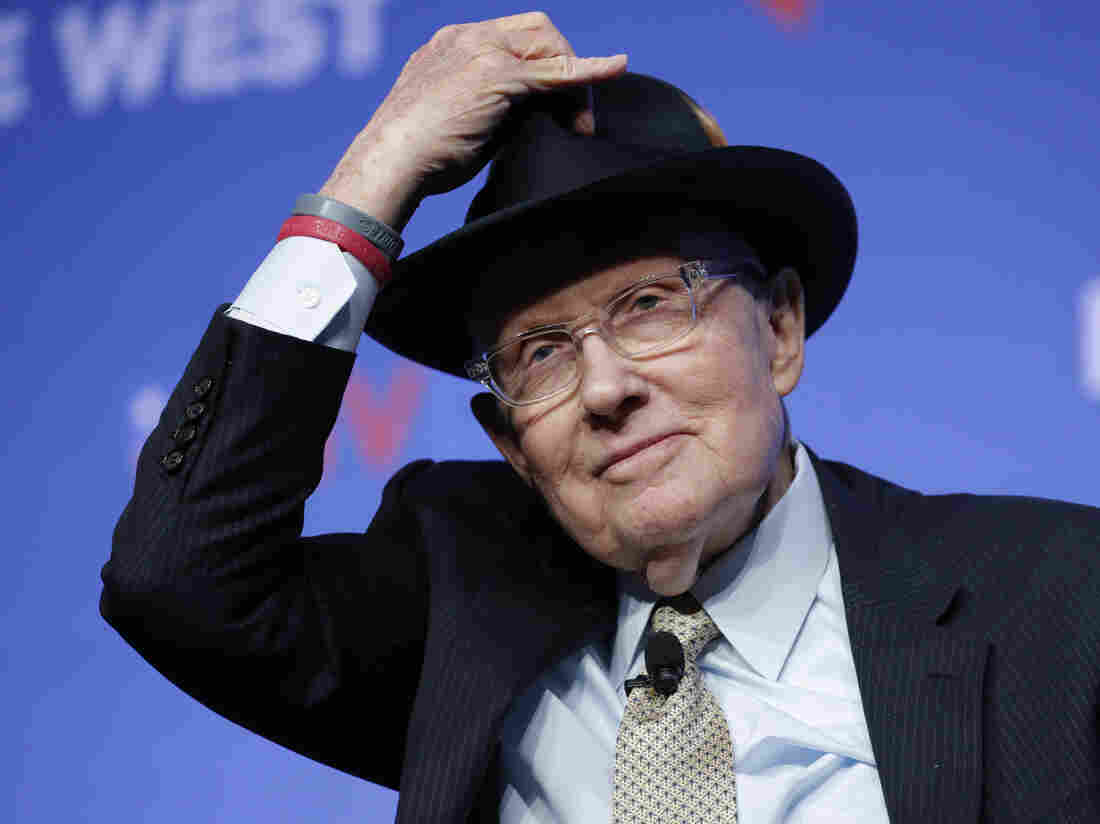 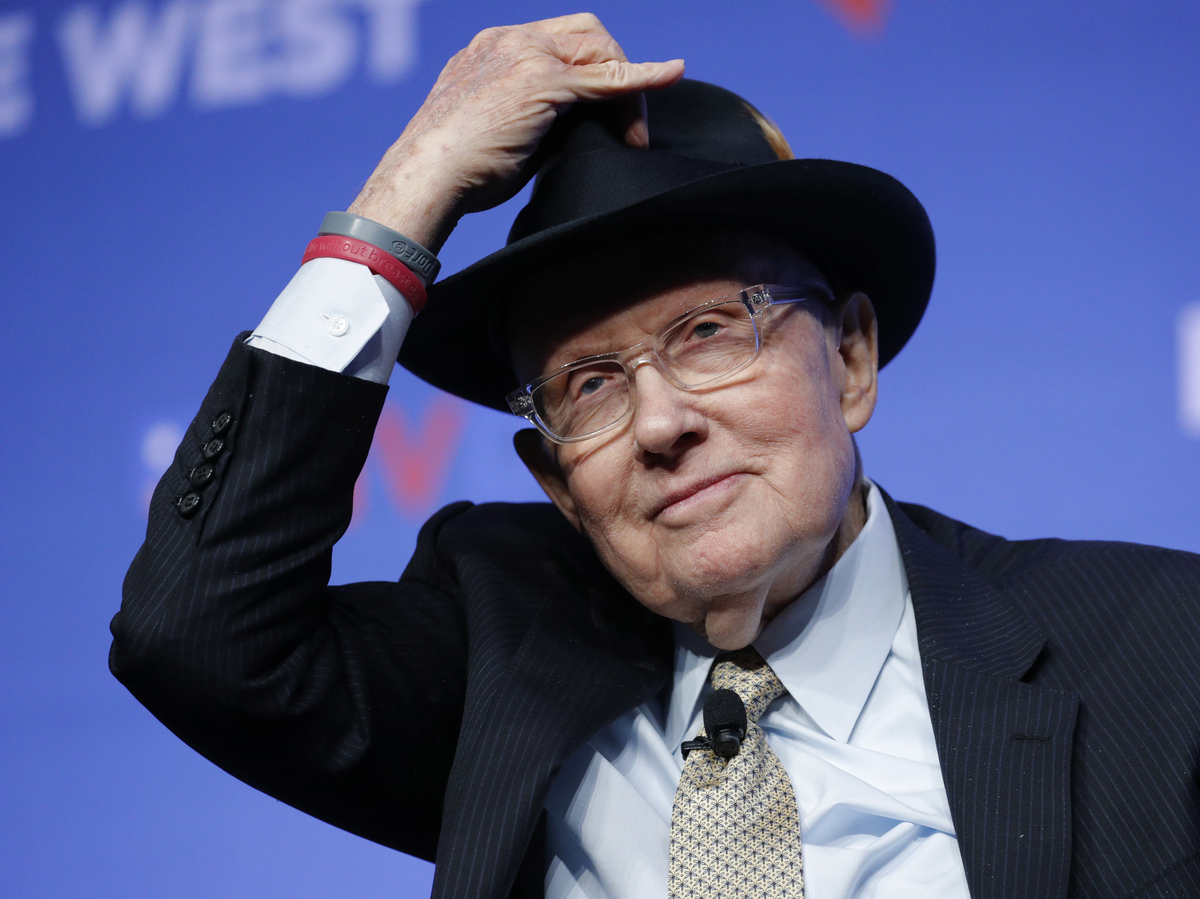 Harry Reid tips his hat during a November fundraiser for the Nevada Democratic Party in Las Vegas. The former Senate majority leader said Nevada's diverse population is more reflective of the Democratic electorate.

"I will talk about that after Super Tuesday, after when we get California and Texas out of the way," Reid said. "Right now, we're gonna make the best we can of the system we have."

Reid, who spoke to NPR at his office in the Bellagio Hotel in Las Vegas ahead of Saturday's Nevada Democratic caucuses, said he thinks the state party in Nevada is "doing quite well."

Caucuses are an hours-long, in-person process that are difficult for many people to attend, meaning only the most committed activists turn out. In 2016, just around 84,000 people showed up to Nevada's Democratic caucuses, out of more than 600,000 registered Democratic voters in the state. 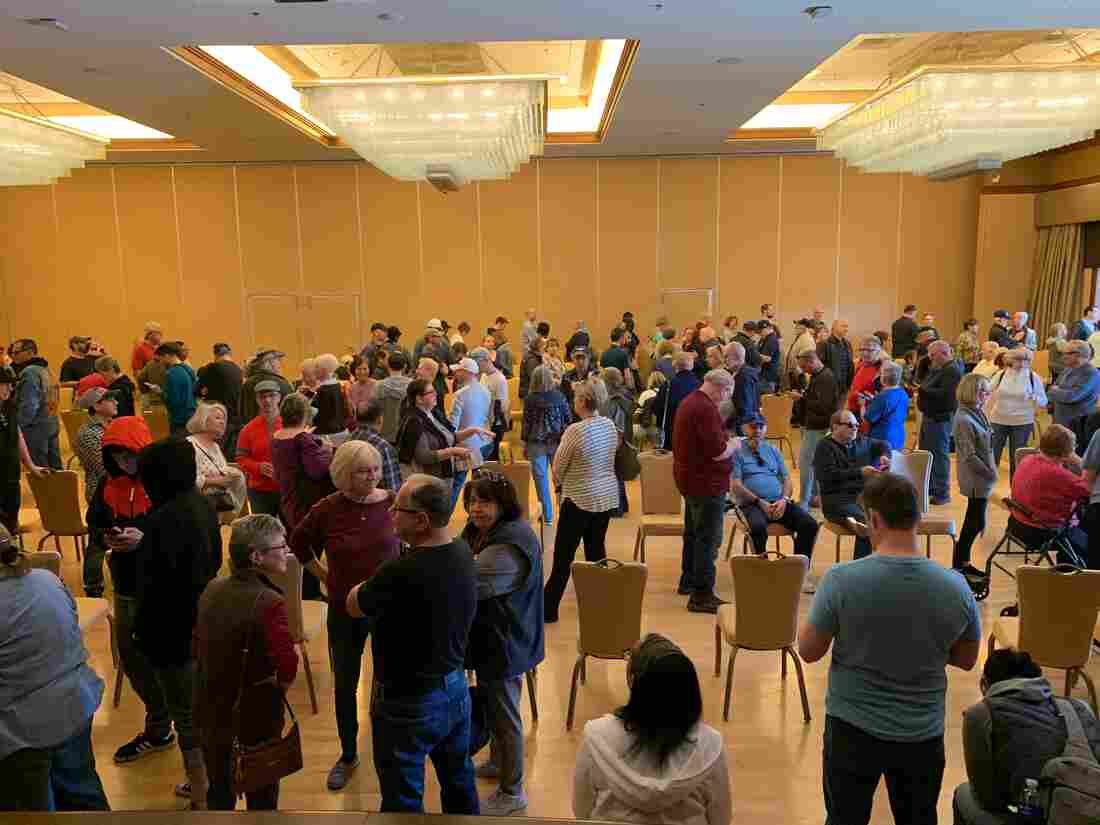 Voters waited more than two hours in a line that snaked through a ballroom at Sun City Anthem in Henderson, Nev., on Monday. It was one of many early caucus sites where voters faced long lines. Tamara Keith/NPR hide caption 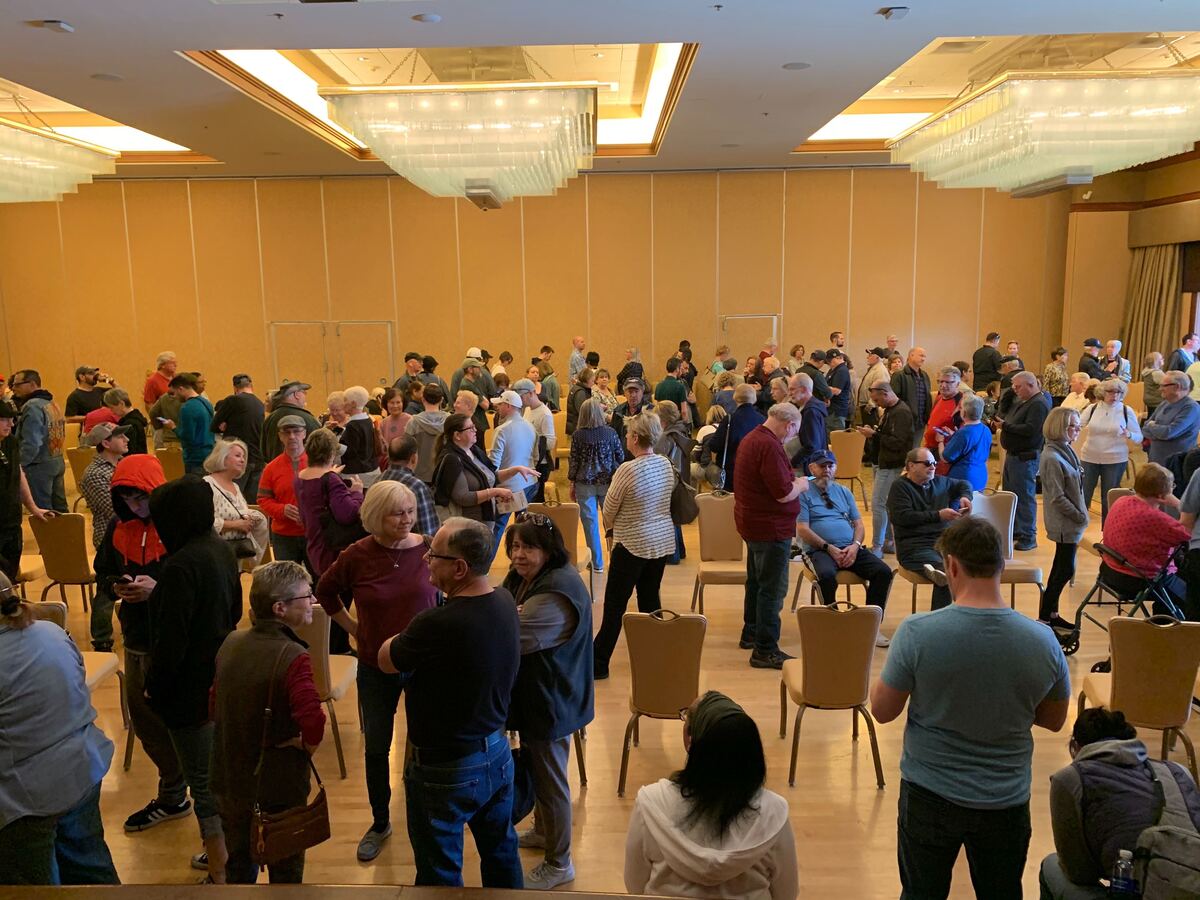 Voters waited more than two hours in a line that snaked through a ballroom at Sun City Anthem in Henderson, Nev., on Monday. It was one of many early caucus sites where voters faced long lines.

In an effort to make the caucuses more accessible this year, Nevada's Democratic Party offered voters an early caucusing option for the first time, where they could register their preferences on paper. It proved so popular that some people found themselves waiting for hours. More than 70,000 people participated in early voting, a spokeswoman for the Nevada State Democratic Party said early on Wednesday.

As of this morning, @nvdems can report more than 33,000 Nevada Democrats early voted on Tuesday, bringing the total to more than 70,000 participants in our historic early voting period.

Asked if the popularity of early voting was an indication that caucusing may not be the best system, Reid was coy. "States are looking at this all over and saying maybe it's not such a good idea, but I'm not going to say anything about caucuses until we get rid of ours on the 22nd," Reid said, clarifying that he meant when the caucuses are "over with" on Feb. 22.

"I don't want to do anything to harm our caucus," he said.

All eyes are on Nevada after the epic caucus blunder in Iowa earlier this month. Reid insists his state won't have the same problems. He sees an opportunity in Iowa's failing that could be used to vault Nevada into the first-in-the-nation spot next election cycle.

"I think we have a tremendously good case now," Reid said, emphasizing that with its diverse population, Nevada is more reflective of the Democratic electorate than Iowa and New Hampshire, which currently precede it on the nominating calendar.

You "get a false perception of what's happening around the country when you have those two states determining what's going to happen in a presidential election," Reid said. "I don't think it's fair."

Even with a currently splintered Democratic field, Reid said he doubts there would be a brokered Democratic convention this year but wouldn't rule it out.

He said if the field stays tight all the way up to the convention, "then is the time that we're going to have to see if we can broker a deal."

In that case, party leaders might need to say to some of the remaining candidates that they are "better off throwing [their] support to somebody else so we don't have to have a brokered convention."

Asked whether he, as a former top leader of the party in Congress, would have a role in such a deal, Reid said he'd be willing if asked.

"Maybe we could even get Barack Obama to do it," he said. "The two most popular people in the country, and perhaps the world, are Barack and Michelle Obama."

Reid said he hasn't spoken to the former president about this possibility but that they do chat from time to time and he considers Obama a friend.

When Reid cast his early caucus vote, he chose "uncommitted" to maintain his neutrality in the race.