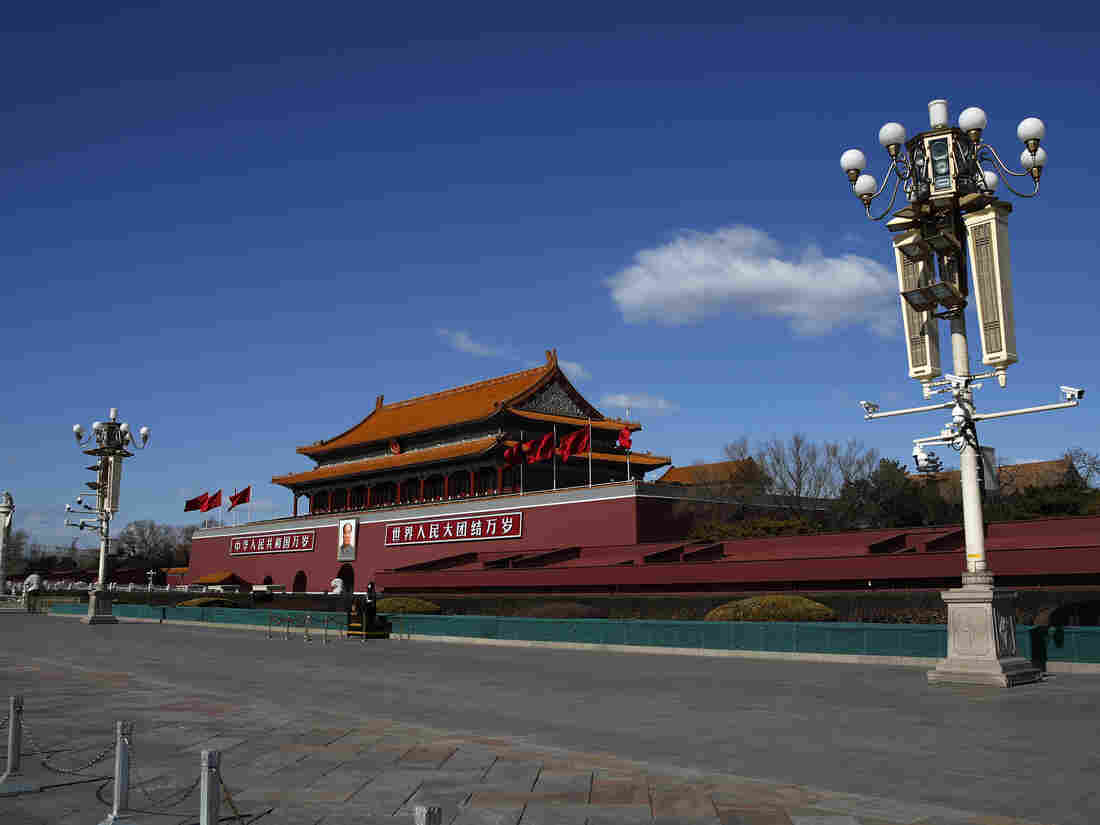 A masked paramilitary policeman stands guard alone at a deserted Tiananmen Gate in Beijing following the coronavirus outbreak. China on Wednesday said it has revoked the press credentials of three U.S. reporters over a headline for an opinion column it deems racist and slanderous. Andy Wong/AP hide caption 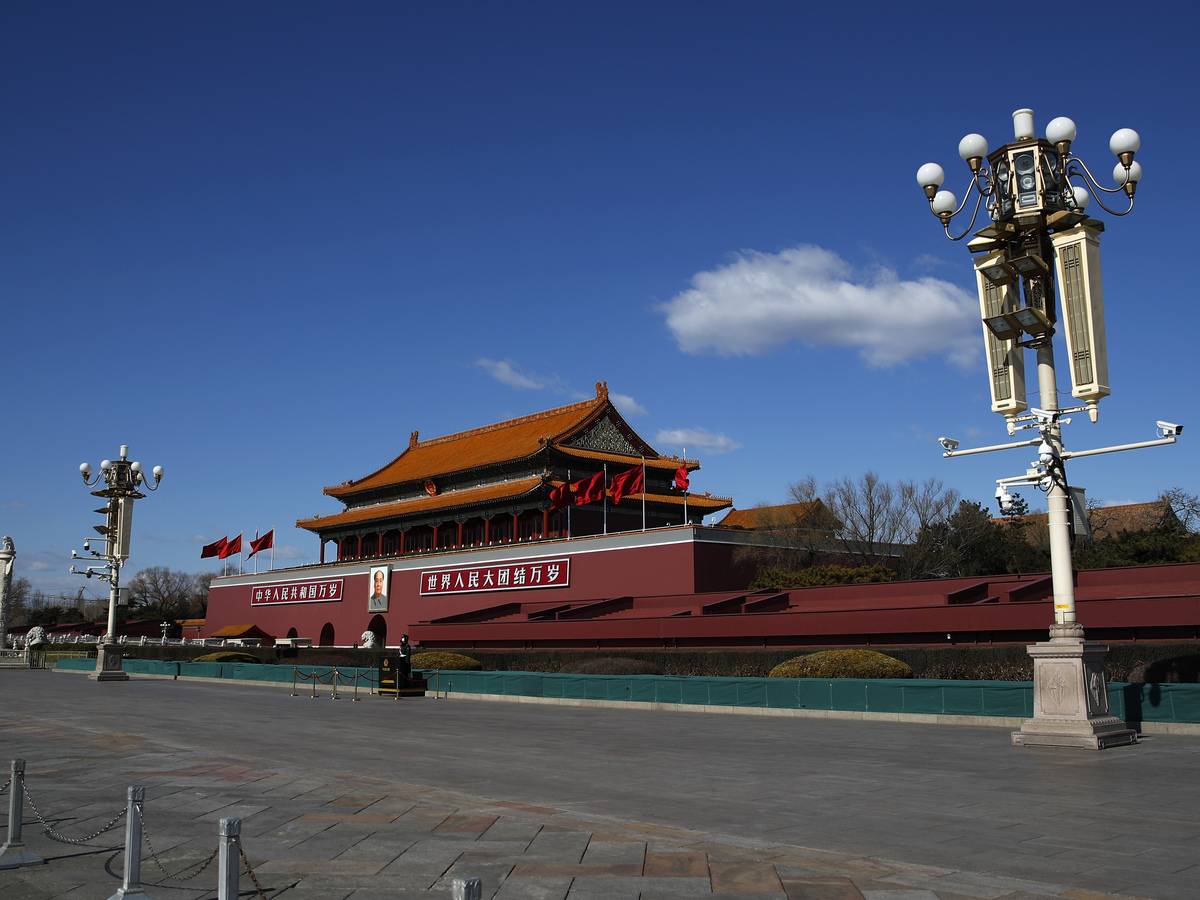 A masked paramilitary policeman stands guard alone at a deserted Tiananmen Gate in Beijing following the coronavirus outbreak. China on Wednesday said it has revoked the press credentials of three U.S. reporters over a headline for an opinion column it deems racist and slanderous.

China's Foreign Ministry said Wednesday it is canceling the visas of three journalists working for The Wall Street Journal after what it said was a racist headline that appeared on an opinion piece about the coronavirus epidemic earlier this month.

The move comes a day after the U.S. State Department designated five Chinese state media outlets as foreign government missions, thus treating them as extensions of Beijing and requiring them to share information on their U.S.-based employees and properties. On Wednesday, China's Foreign Ministry said it reserved "the right to take further measures in response" to the State Department decision.

The expulsions follow a Feb. 3 opinion piece cited by the ministry titled "China is the Real Sick Man of Asia," by Walter Russell Mead, a scholar at the conservative Hudson Institute and a professor at Bard College in New York.

#Coronavirus won't be the last black swan to manifest in China, and its financial markets may be a greater danger than the wildlife markets. My latest @WSJopinion https://t.co/VTAMf2mV5t

None of the three journalists targeted by Beijing contributed to the opinion piece in question.

The term "sick man of Asia" was originally ascribed to China in the late 19th and early 20th centuries as a pejorative referring to its weak internal governance and external position vis-à-vis European powers and the U.S. The recent opinion piece, or at least its headline, sparked a flurry of criticism in Chinese media.

In a statement on Wednesday, Foreign Ministry spokesman Geng Shuang said the newspaper's editors "used such [a] racially discriminatory title, triggering indignation and condemnation among the Chinese people and the international community."

"The Chinese side has lodged stern representations with WSJ and made our solemn position clear," the statement said. "China demands the WSJ recognize the severity of its mistake, make an official apology and hold the persons involved accountable. Meanwhile, we reserve the right to take further actions."

While the Journal's editorial pages have long been seen as a bastion of conservatism, the journalism in its news pages has won plaudits for its objectivity and thoroughness.

Although China has effectively expelled at least six other journalists since 2013 by refusing to renew their press credentials, it is rare to rescind a visa outright and unprecedented to cancel multiple visas from the same outlet. The six include another Journal reporter, Chun Han Wong, who was expelled from China when his press credentials were not renewed last August after he authored a story that cast the family of Chinese leader Xi Jinping in a negative light.

The Foreign Correspondents Club of China, a professional association in Beijing, called the decision to expel the three Journal reporters "an extreme and obvious attempt by the Chinese authorities to intimidate foreign news organizations by taking retribution against their China-based correspondents."

"China has evicted fair and talented journalists who have worked hard to bring unbiased, informative reports to their audiences and to understand China," the association said in a statement.