Accessibility links
Newlywed Police Officers Cut Date Night Short To Stop Armed Robber At Restaurant "We just looked at each other: 'Is this what's going on? Let's go,' " Elizabethtown (Ky.) Detective Chase McKeown said, describing how he and his wife acted to stop a man with a gun. 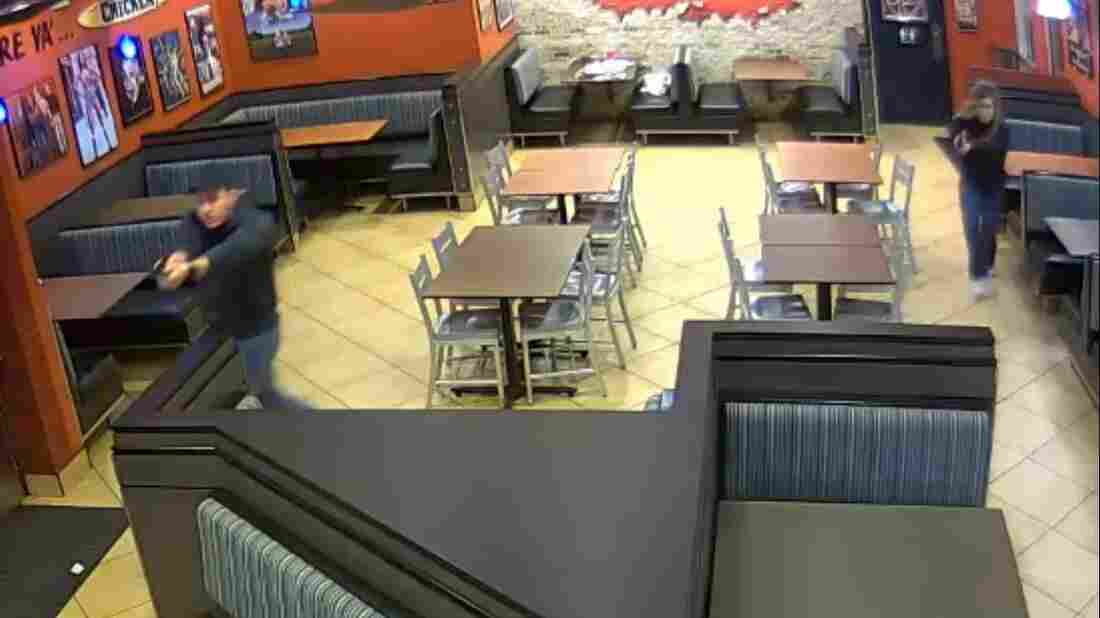 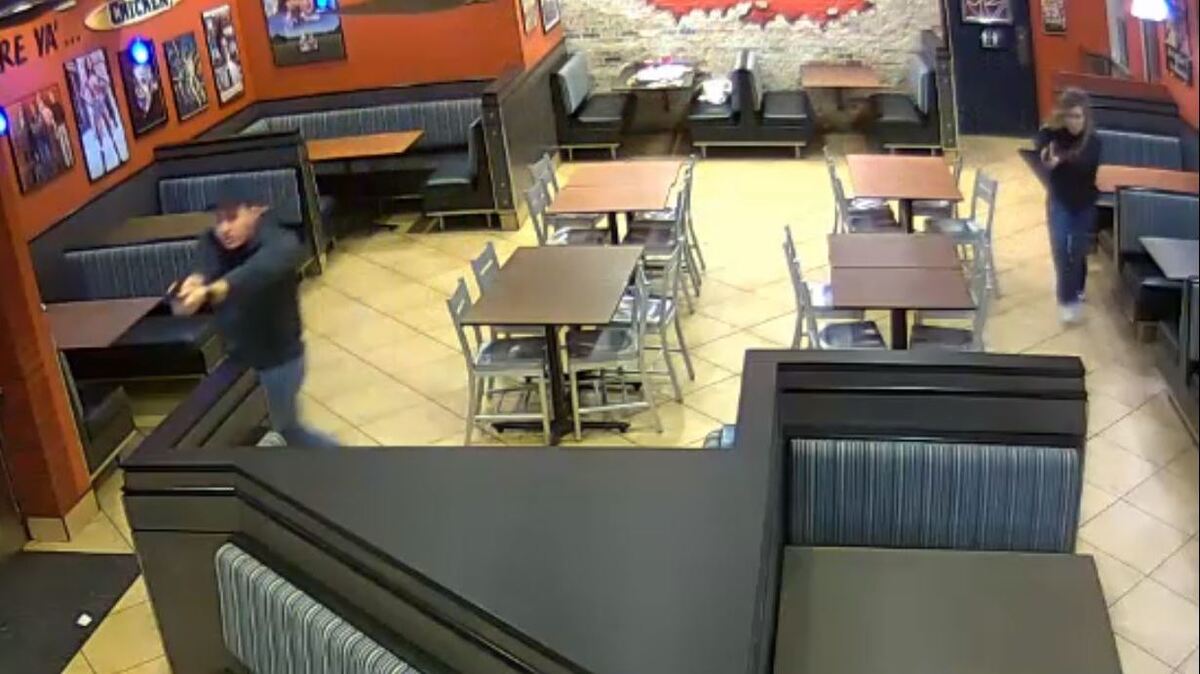 Detective Chase McKeown and Officer Nicole McKeown drew their guns and closed in on a robbery suspect in a fried chicken restaurant in Louisville, Ky., Saturday night.

Of all the chicken joints in all the towns in all the world, he walked into theirs. Two married police officers were eating at their favorite fried chicken spot in Louisville, Ky., over the weekend when a masked man walked up to the counter, showed a gun and demanded money.

In a confrontation caught on video, the couple quickly decided to end their date night and take on the robber. They then chased him out of the restaurant.

Detective Chase McKeown and Officer Nicole McKeown work for the police department in Elizabethtown, some 40 miles south of Louisville. Around 10 p.m. Saturday, they were sitting in a booth at Raising Cane's Chicken Fingers at the Mid City Mall when they noticed a masked man enter. At first, they thought he might be sick or worried about getting the flu. But then the cashier raised her arms.

"I saw her hands go up like this and I'm like, 'Is he doing what I think he's doing?' " Nicole McKeown said at a news conference Tuesday, describing how she and her husband watched the scene play out. "And he's like, 'Yeah.' "

From there, the couple reacted quickly, drawing their weapons and circling the center tables to converge on the would-be robber.

"There was literally no question. We just looked at each other: 'Is this what's going on? Let's go,' " said Chase McKeown. He said their police instincts took over, adding, "We just did what we felt like we had to do."

As the officers shouted orders for the man to drop his gun, he ran. The suspect, later identified as Justin Carter, 30, dropped the gun on the floor mat as he fled the store. The two off-duty officers pursued him down the block and held him at gunpoint in a yard, where they were joined by officers from the Louisville Metro Police Department.

The McKeowns have been married for about six months. They had ventured out for Saturday's date night at the same restaurant where they had eaten dinner on their wedding night, Nicole McKeown said with a laugh Tuesday.

She also said they would be coming back, according to local TV news station WDRB.

Chase McKeown told journalists at the Elizabethtown Police Department that they had gone out on Saturday, in part, because their church strongly recommends that married couples have a date night every week.

"It's been an exciting six months," he said.

In a statement, the police department said it "couldn't be more proud" of the two officers, praising the "courageous and selfless actions they took to intervene."