Accessibility links
Virginia Profanity Law Repealed By State Legislators "Profane swearing" has been illegal in the commonwealth since 1792. The repeal now awaits the governor's signature. 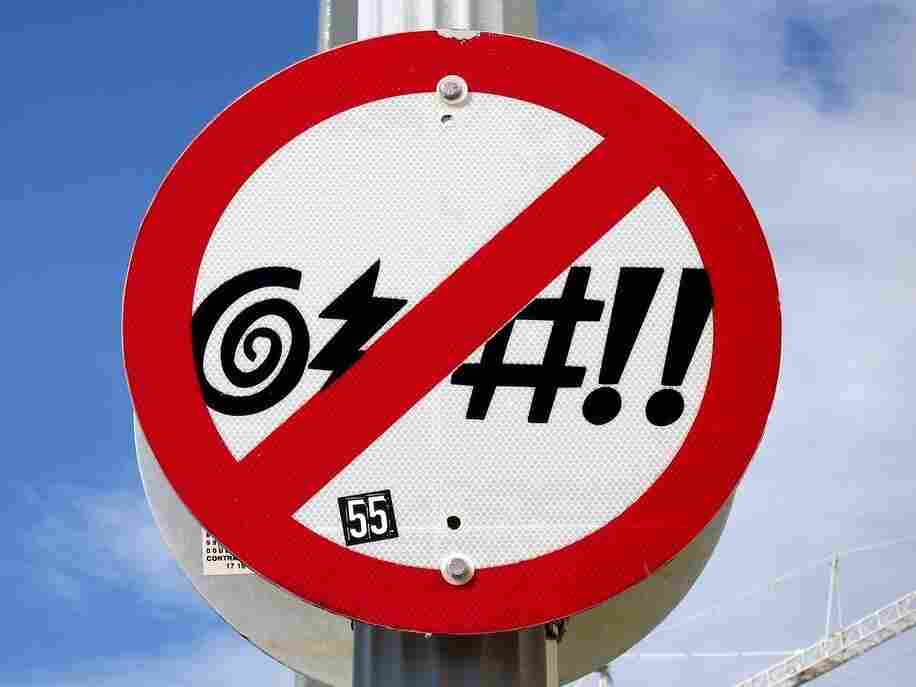 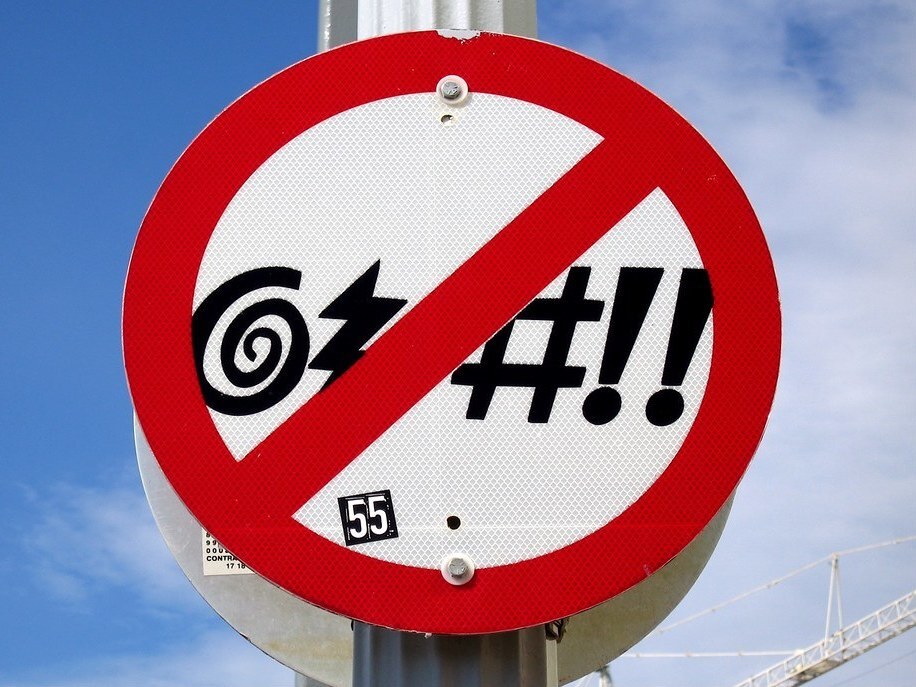 The Oceanfront area of Virginia Beach long had no-cursing signs on its boardwalk — you can even buy replica versions at tchotchke gift shops.

In Virginia, letting an F-bomb fly in public could get you slapped with a misdemeanor and up to a $250 fine.

"Profane swearing" has been illegal in the commonwealth since 1792, when the fine was 83 cents. Just what bleepin' words are banned? Well, the state code doesn't say.

But on Wednesday, legislators said to hell with the anti-swearing law: The Virginia Senate voted to repeal it, just weeks after the House did the same.

It now awaits Gov. Ralph Northam's signature. Northam spokesperson Alena Yarmosky tells NPR the governor will review the bill when it gets to his desk, adding, "It's past time we swore off the antiquated policies of the past."

If he signs the bill, Virginians will legally be able to curse to their heart's content starting July 1.

Though, the current law doesn't seem to be stopping many people from doing just that. Statewide enforcement numbers are hard to pin down, but according to The Washington Post, Arlington County in Northern Virginia only charged three people with cursing over two years.

Other communities have been more proactive. The Oceanfront area of Virginia Beach long had no-cursing signs on its boardwalk — you can even buy replica versions at tchotchke gift shops. The signs were put up by the visitor's bureau to "encourage courteous language" in a family-friendly area, the Virginian-Pilot reported.

The effort to repeal the anti-swearing law appeared to be cursed in previous legislative sessions, failing every year since it was first introduced in 2016.

Republican Del. Michael Webert — a cattle farmer from Fauquier County — has sponsored the bill every year.

"When you're working with cows and a 1,400-pound animal doesn't do what you want it to, or steps on your feet, every once in a while something colorful comes out of your mouth," Webert told The Washington Post in 2017.

So why did the bill finally pass in 2020? Webert tells NPR it's because of the new makeup of the statehouse after Democrats took over both chambers in November. He also cited bipartisanship.

"Every time we brought it, it failed," Webert says. "And this year, we put it in and then [Democratic Del. Dawn Adams] put it in as well. ... It was a good match."

He says he and his Democratic colleagues agree that the current code violates free speech and is unconstitutional.

"We don't necessarily see everything eye to eye, but on certain issues like this, when you have somebody that feels the same way in regards to first amendment rights... that makes it much easier to get things through."

Opposition to the bill was also bipartisan: Two Democratic and five Republican senators voted against it.

Democratic legislators in Virginia are also working to remove outdated racist and discriminatory laws from the books.

On Wednesday, state lawmakers also voted to repeal the law against fornication, defined as "voluntary sexual intercourse by an unmarried person."

But they voted to keep the ban on spitting, with one lawmaker calling it "yucky."

Meanwhile, it's still illegal to curse in public in Mississippi where it could cost you $100 or 30 days in jail. And according to a Georgia law, using "obscene and vulgar or profane language" is considered disorderly conduct, but only if you're in the presence of someone under the age of 14.