Accessibility links
Review: In 'The Night Clerk,' A Hitchcockian Premise, A Half-Cocked Plot A hotel clerk (Tye Sheridan) hides a secret during a murder investigation in a film that explores the affinity between cinema and voyeurism flatly and without nuance. 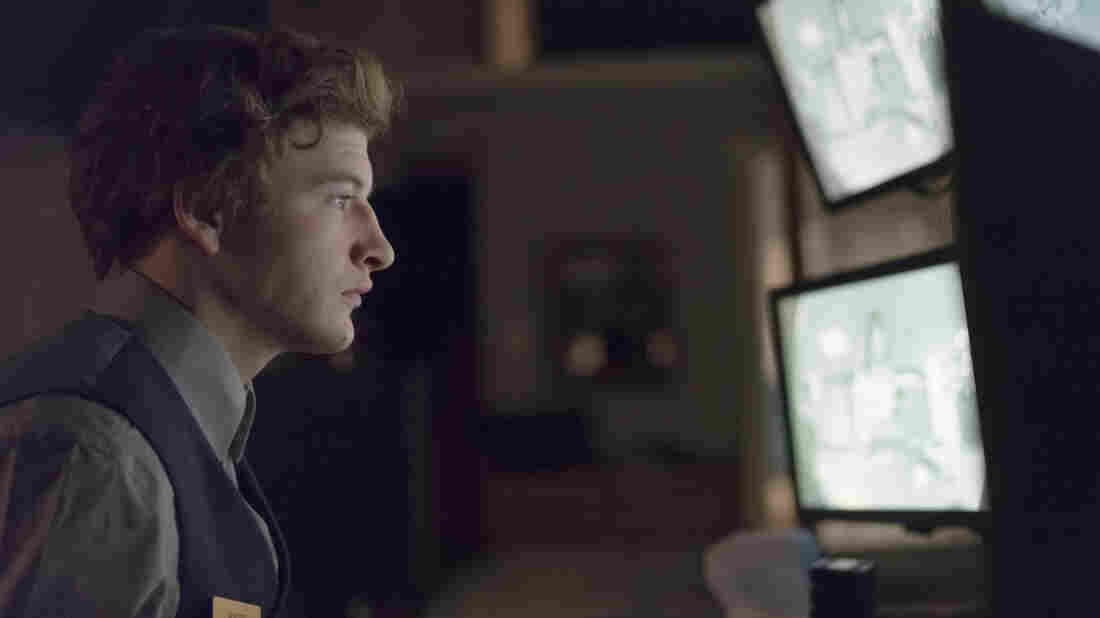 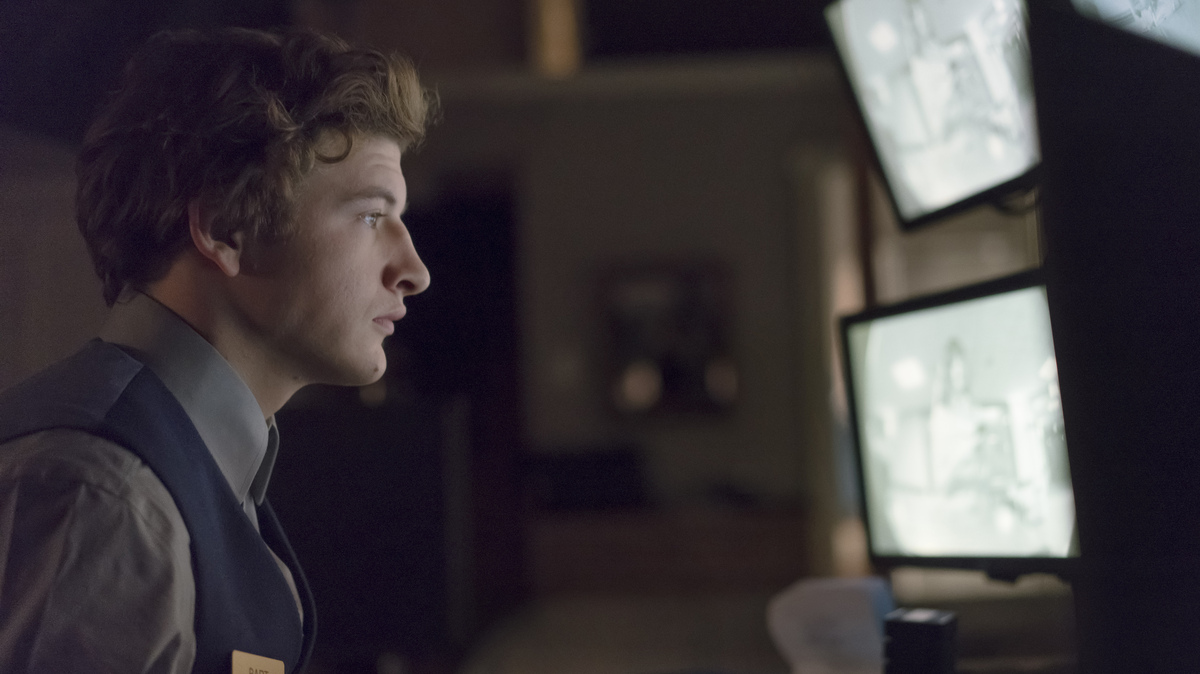 Everyday life is a big mystery to Bart, a 23-year-old hotel worker who describes himself as having Asperger syndrome. Yet The Night Clerk is such a tiny mystery that it barely intrigues at all. The film may intend to be a Rear Window for the mini-cam era, but it lacks Hitchockian perplexity and perversity.

Bart (co-producer Tye Sheridan) lives at home with his over-solicitous mother (Helen Hunt, one of several overqualified bit players). She puts Bart's meals on the stairs to his basement domain, so he can eat alone and avoid the agony of conversation. Yet Bart tries hard to chat with the people he encounters on his 8-p.m.-to-4-a.m. shift at a mid-priced suburban hotel.

Bart's enthusiasm for improving his small-talk skills sets up the first of writer-director Michael Cristofer's improbable contrivances. The awkward young man is a tech savant who has outfitted the hotel's rooms with cameras he monitors from an elaborate computer network. His motivation is not peeping but self-improvement. He eavesdrops on how guests speak to each other so he can mimic natural dialogue.

To do this, of course, he could just listen and not watch. But an audio-only system wouldn't give him something that's crucial to the plot: a view of the murder of a female guest by a man who enters her room otherwise unseen.

The police detective assigned to the case (an unusually bland John Leguizamo) quickly determines that Bart is hiding some information, and begins to treat him as a suspect. Bart can be disastrously candid, but he's sufficiently guarded not to reveal that he has video of the killing. The recording would exonerate him of homicide, but convict him of invasion of privacy.

Since Bart's detached reaction to the murder strikes his boss and co-workers as weird, he's transferred to another hotel. That's where another plot device walks through the door. Her name is Andrea and she's played by Ana de Armas, seen most recently in Knives Out. Andrea is sympathetic to Bart's condition — "my brother had it," she says — and Bart mistakes her kindness for love. But is she staying at the hotel by happenstance, or does she have a sinister motive?

Bart and Andrea's relationship is the heart of the movie, and Sheridan and de Armas are the only two performers allowed the space to construct nuanced performances. Too bad the script doesn't send them anyplace interesting.

Cristofer, a TV and movie veteran who's probably best-known as a playwright, has said that Bart was inspired by someone he actually knows. Yet The Night Clerk is no character study. As in the much showier Motherless Brooklyn, the protagonist's condition moderates whenever the story requires it. Bart's unconventionality doesn't hinder a conventional outcome, or even provide any surprising detours or asides.

Like many films that play on the affinity between cinema and voyeurism, this one intercuts naturalistic viewpoints with surveillance-camera footage and often captures the characters's images reflected in mirrors. Looking is as complicated as talking, Cristofer seems to want to say. But just about everything in The Night Clerk is all too simple.