Accessibility links
Some New Ways To Hear Distortion Distortion is familiar to most of us — a 'staticky noise,' a 'noisy static.' But in the right hands, its uses can bloom and its rigid contours soften. 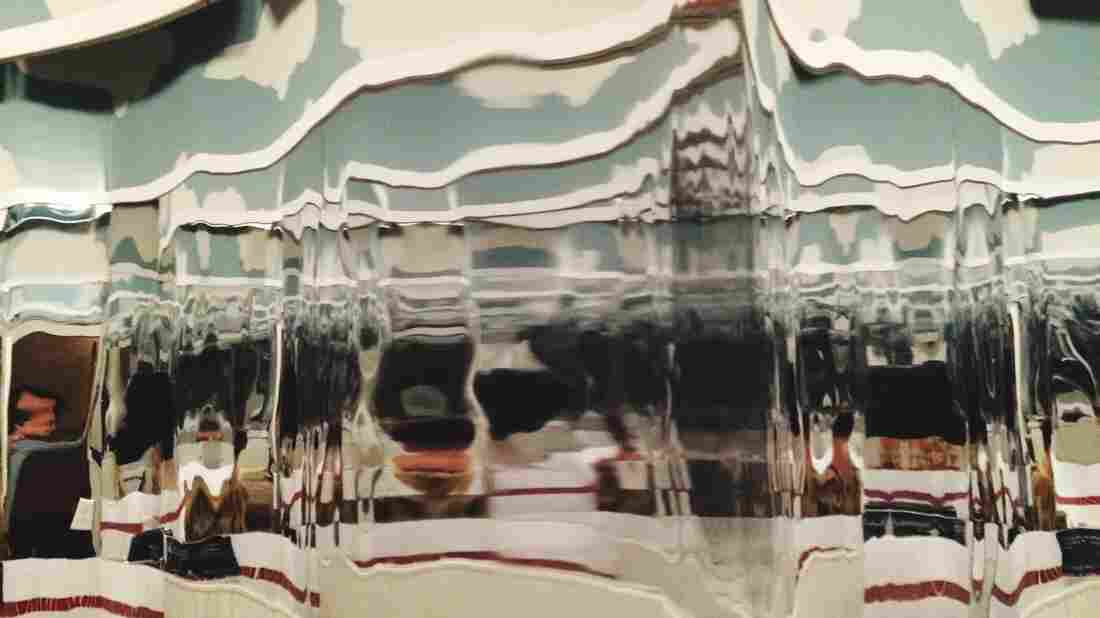 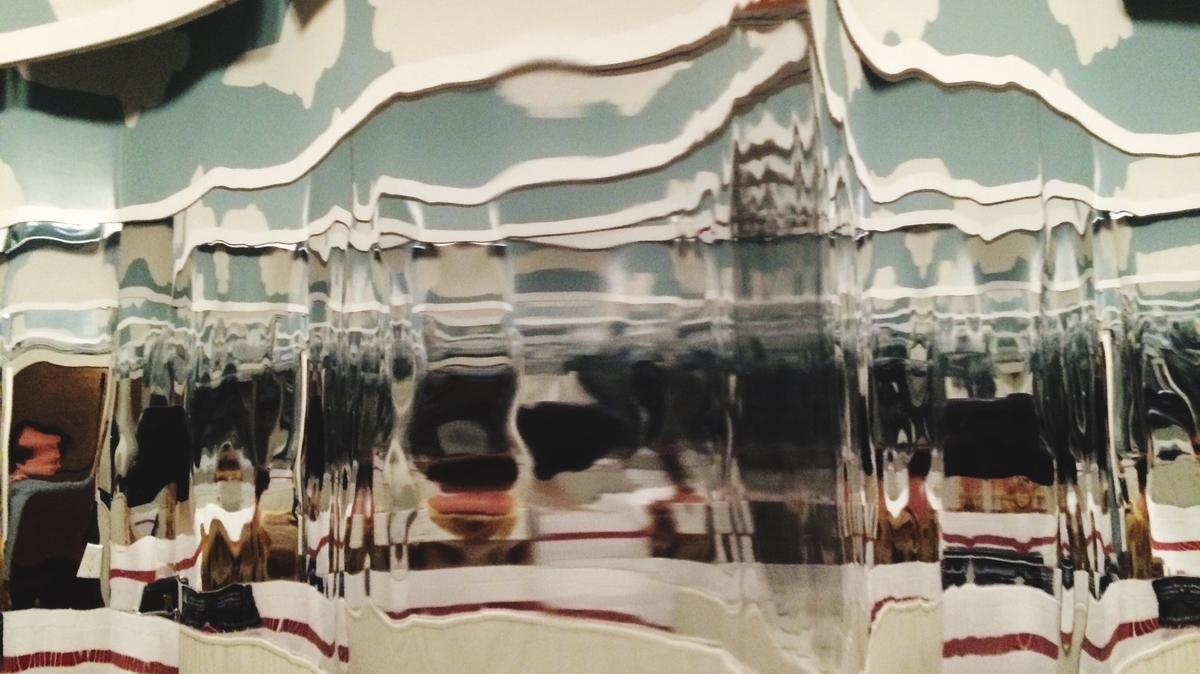 The acorn must crack in order for the seedling to sprout. That's the energy I felt when I saw Rashad Becker, a German mastering engineer and artist, perform his own music live at London's multi-venue MODE Festival back in September. The setting was a gutted building in the middle of the city's shopping district, which added its own layer of dissonance. This kind of move – staging cultural events within the bones of long-dead industrial spaces – often goes hand-in-hand with gentrification, but usually takes place in more residential areas. Yet here we were, in capitalism's lap, dancing in a patch of decay. From behind a sheet of mesh fabric, Becker bent over his hardware. Synthesized bells took on the quality of flint, generating sparks as they fell against each other. As distortion burnt holes in the melody, it felt like my psyche was cracking, too.

More from the All Ears series

"Narratively, in that piece, the intention is to create a sense of delirious desperation," Becker told me a few weeks after the festival. The source of the scorched textures I heard in his live set was his Haken Continuum synth and a liberal use of saturation. "Very generally speaking, coming from a punk and hardcore background, distortion always carried anger and angst and war with society to me, like it probably does for most people."

While the conditions for distortion can be invited – for example, by pushing a speaker or instrument to its limits as Becker did, or via any number of digital methods – the form in which distortion manifests is never exactly the same. There are fuzz-type sounds, crackle-type sounds and so on, but the precise texture is a roll of the dice. Distortion's intensity is also on a spectrum. At a low level, it can recall the warmth, and friction, of skin on skin; a sonic rendering of a pleasurable shiver. At a more extreme degree, it can sound like raging fire, driving rain, howling wind, or falling earth; in fact, any force of nature intent on travelling beyond its bounds. 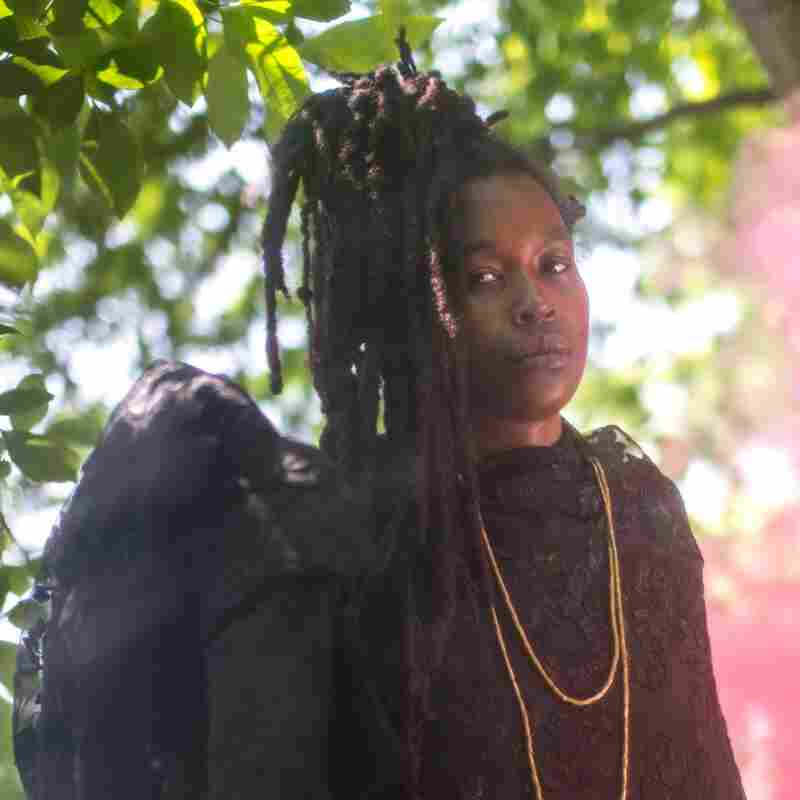 toggle caption
Kenzi/Courtesy of the artist

In Moor Mother's hands, distortion pans the sands of time; a way to confront history's grip on the present. On the track "Sonic Black Holes," from her recent album Analog Fluids of Sonic Black Holes, the Philadelphia sound artist and poet loops a voice from an unnamed source. "I can fee-eel you," the singer repeatedly insists. (It's the kind of soulful sample that the late footwork pioneer DJ Rashad would fold into a jacking track, spinning emotion into motion.) The energy driving "Sonic Black Holes," however, is existential. A second voice — which sounds like jazz pianist, composer and singer Amina Claudine Myers — seems to confirm as much: "Ain't nobody ever gonna hear us?" The two vocal samples half-answer one another, until they are swallowed by a wave of distortion. There is feeling, this gesture seems to say, and then there is nothing. But that's not the whole truth. In the closing moments of the potent track, which in just 67 seconds grapples with the weight of systemic racism, both voices seem to re-emerge from the fray. In reality, with a closer listen, they were there all along.

Distortion "represents the dirt, the mud," Moor Mother explained when I asked about its role in her work. "It's the static electricity. It holds lots of energy and story." To make "Sonic Black Holes," she used a Moog Grandmother (a semi-modular analog synth), a pocket-sized modular instrument called the Kastle Synth and a Moog iPad app that replicates the sound and capabilities of one of their mini modular synths. The fact that hardware's propensity for distortion has been programmed into a new generation of software follows Brian Eno's musings in his 1996 book, A Year With Swollen Appendices. "Whatever you now find weird, ugly, uncomfortable and nasty about a new medium will surely become its signature," Eno wrote. "CD distortion, the jitteriness of digital video, the crap sound of 8-bit – all of these will be cherished and emulated as soon as they can be avoided. It's the sound of failure: so much modern art is the sound of things going out of control, of a medium pushing to its limits and breaking apart." 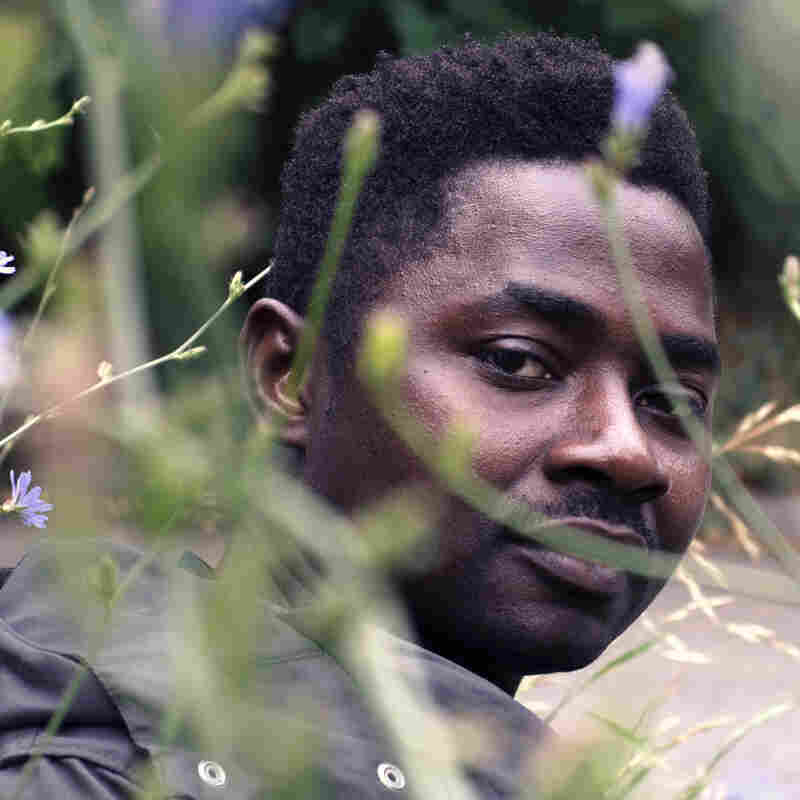 Breaking apart is not always a reflection of failure. Sometimes, as with the acorn, it is sign of germination. In November, Sierra Leonean producer Lamin Fofana released Black Metamorphosis, the first in a trilogy of releases written in response to an unpublished manuscript of the same name by the Jamaican philosopher, critic and novelist Sylvia Wynter. Written in the 1970s, it traces Wynter's thinking on the black experience in the Caribbean and America, and examines the cultural narratives that racism and inequality are built on. While fragments of distortion pop up throughout Fofana's album, the track "Cosmic Injuries" channels crumpled textures – like the recording of a walk through a city park after heavy rain – into transcendent waves. "There is definitely a level of violence and brutality that goes with adding distortion to anything, but dialectically distortion is also a form of disruption," Fofana told me. "A refusal of purity, going against the grain, against archaic and repressive systems of regulations, against violent and brutal structures of dehumanization, and embracing the noise and cacophony of life. The devastatingly violent and the absolutely sublime. To me, 'Cosmic Injuries' is a devastating track because I wrote it thinking about anti-blackness around the globe."

Distortion scales like nothing else. It can just as easily evoke the expansion of the universe as it can the shedding of old skin. Both are incremental processes that cycle onward of their own accord; as much a part of life as they are death. When I listen to New York writer and artist DeForrest Brown Jr.'s debut album as Speaker Music, of desire, longing, I can almost feel my senses becoming more attuned to gradual and granular movement. To some extent, that's because the album is comprised of two absorbing pieces of music that each hover around the 23-minute mark, coaxing your mind to tighten focus accordingly — but even more so because Brown Jr. applies distortion like a patina. In the second half of the A-side "with empathy," which has the shape of a reflective monologue, he delicately coats remnants of jazz and techno in fuzz and hiss. The music feels lived-in, loved, rich with black music history. In many ways, it is a sonic companion to a recent talk that Brown Jr. took part in, titled "Who does techno belong to?" (That panel discussion kicked off Dweller, a five-day NYC festival celebrating black electronic artists, organised by Discwoman's Frankie Decaiza Hutchinson.) 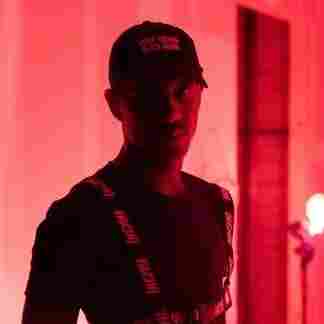 "While composing of desire, longing, I considered Jimi Hendrix's approach to stereophonic mixing and phasing as well as John Coltrane's 'sheets of sound' technique for multi-tonic changes as a means of utilizing the speaker itself as an instrument and sound source that could produce a 'rhythmic body' full of sentimental value," Brown Jr. explained of his approach in an email. "Towards the climax of 'with empathy,' there was an opportunity to 'flip' its more lush first half with time-stretched and smeared audio."

Distortion is anything but predictable. According to Rashad Becker, "intentional distortion is a very delicate beast to tackle. It has been mastered many times, though – sometimes it becomes the exact right habitat for a piece or a certain notion within a piece." As an example, Becker pointed to the 1998 album Means from an End by musician and writer Terre Thaemlitz, who also records as DJ Sprinkles, as "a masterpiece of employing distortion in an ambivalent, non-tragic, non-macho, non-desperate way." The album was only made available for digital download for the first time last year, when Thaemlitz, who is based in Tokyo, started a Comatonse Recordings Bandcamp for out-of-stock physical releases. Listening to Means from an End is an intimate experience. At times, the effect is one of getting so close to the music that it's possible to see its pores. 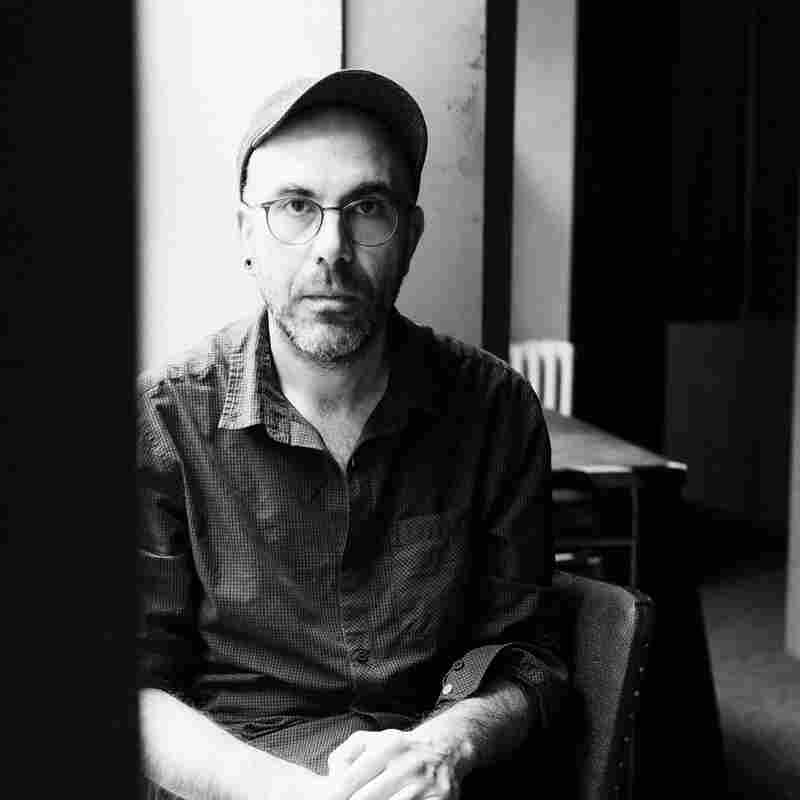 For artists who don't take a wholly chance-based approach to making music, composing with distortion requires a great deal of searching to find the desired effect. Or in other words, using distortion can be way to search. One of the most engrossing releases of 2019 that takes this approach is Plays (Stefan Goldmann's 'Ghost Hemiola') by Peruvian sound artist Maria Chávez. Within the hour-long recording are sounds that could just as easily be the amplified movements of microscopic creatures as they could a series of smartphone-recorded sonic booms. That slippery sense of scale, and the many layers of resonance that it generates, is down to Chávez's use of distortion as a tool with which to search audio. The album cover reads as "Maria Chávez Plays Stefan Goldmann's Ghost Hemiola," which is a very succinct description of the artist's process.

Ghost Hemiola is a 2013 record consisting of two pieces of one-sided empty vinyl with 66 locked grooves each. Released by the German-Bulgarian artist Stefan Goldmann, its intention was to allow listeners to either enjoy the surface noise of needle-on-vinyl as is, or to make it their own by cutting into the grooves with a knife and simultaneously playing the two records at different speeds to generate polyrhythms. The Doctor Who of remixers, Chávez digitally time-stretched and manipulated Ghost Hemiola to create a whole new world from its dust and static. On the original, the needle searches, but finds only the surface of the vinyl. On Plays, Chávez explores the needle's findings, zooming into the audio to examine it from every angle. 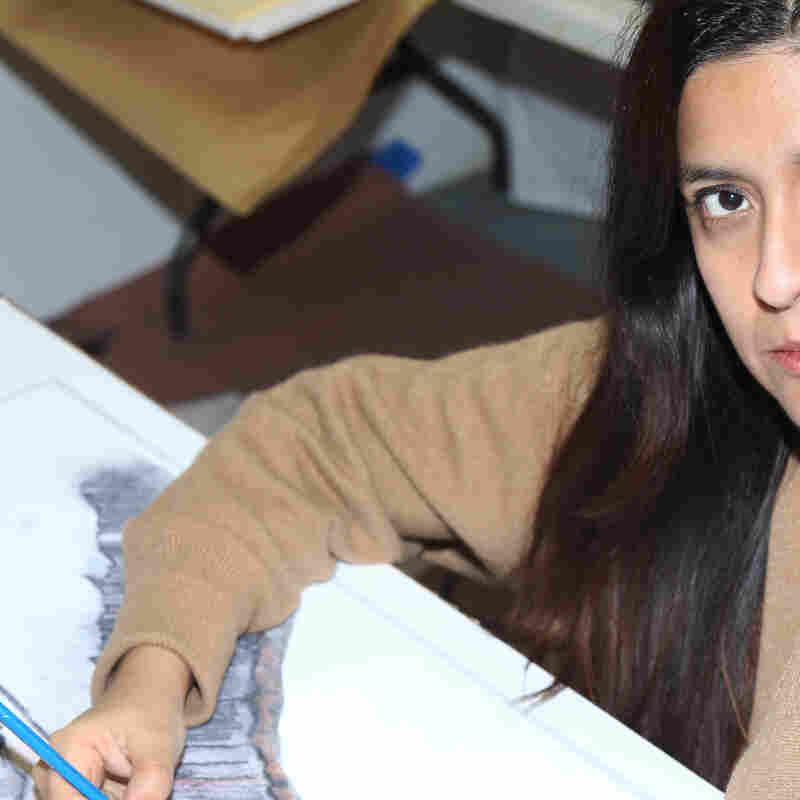 What she found, and what she chose to be a part of the Plays universe, was informed by what distortion represents to her conceptually. "You know how Yoko Ono says she hates the word 'optimist,' " Chávez wrote to me from her studio in New York, where she is recovering from brain surgery. "She says that the word implies that the person who is always optimistic is a fool. Implying that optimism is foolish. I think the words distortion, destruction, destroy, ruin all have this implication. That the result is negative, that it lends to no longer being useful or valued."

"To me distortion has a negative connotation to a form of deconstructing to recreate," she continued. "In a technical sense, distortion is a necessary tool in further understanding a medium. It's a form of 'sweeping through,' an audio engineering term used in studio recording to find the sweet spot of frequencies. Distortion is part of a system to me where you have to go through it in order to find the sound that you have an affinity towards." The sounds we each have an affinity towards, believes Chávez, depends "on how we have experienced life."

Distortion is a process, a byproduct, a relationship, an evolution. Sometimes it engulfs the body in a steely embrace, like Dreamcrusher's 13-minute live improvisation from a July 2019 gig, and at others it evokes the struggle to recall a long-dissipated sensation, like Vladislav Delay's recent transmission, "Raajat."

Whatever form it takes, in breaking free from clean signal, distortion reaches out to the listener; the closest sound gets to touch. Above all, as I have learned while listening out for it during a period of change and challenges, that included a move across the ocean and a mysterious stress-related illness (that my body thankfully worked through), distortion is a refusal to be definitive. Instead, it is a vibrating mess of meaning ripe for personal interpretation. An infinite set of textures with which to explore the world.