Accessibility links
Human Trafficking Survivor Settles Lawsuit Against Motel Where She Was Held Captive Lisa Ricchio recently settled a first-of-its-kind lawsuit under the Trafficking Victims Protection Act. She sued the motel where she was held captive, accusing it of turning a blind eye to her abuse.

Listen · 4:07 4:07
Human Trafficking Survivor Settles Lawsuit Against Motel Where She Was Held Captive 4:07 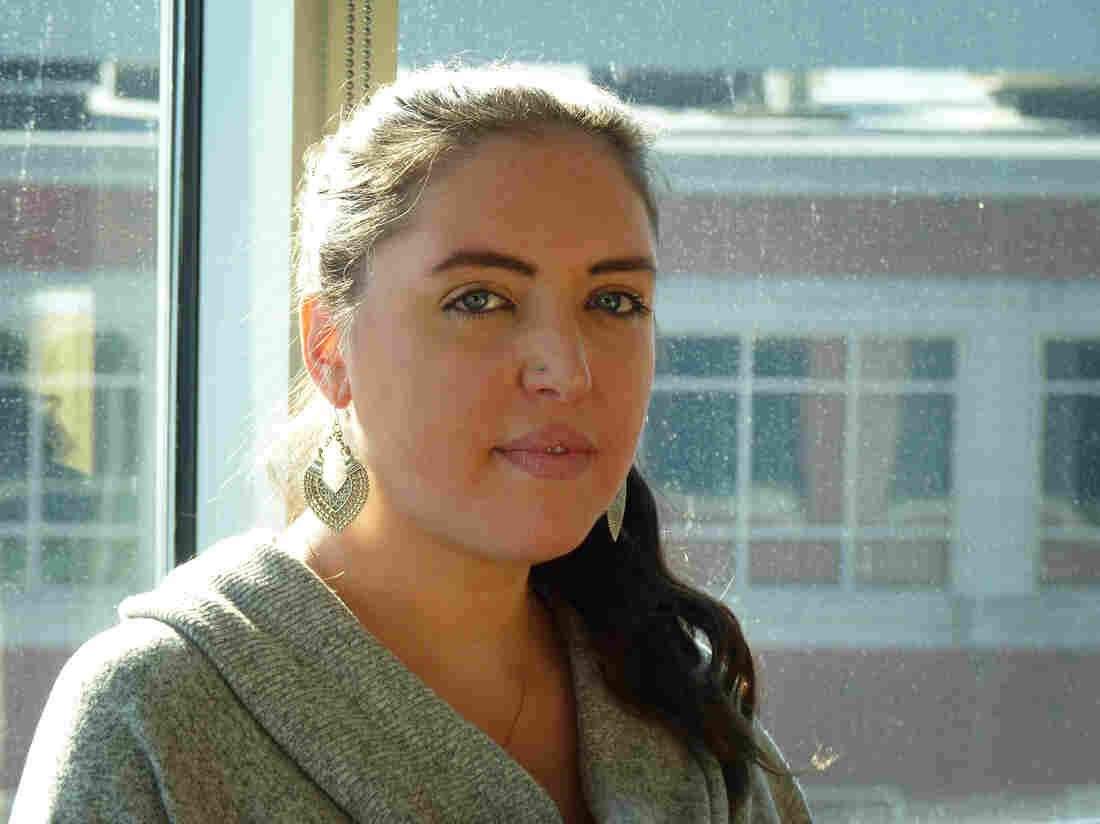 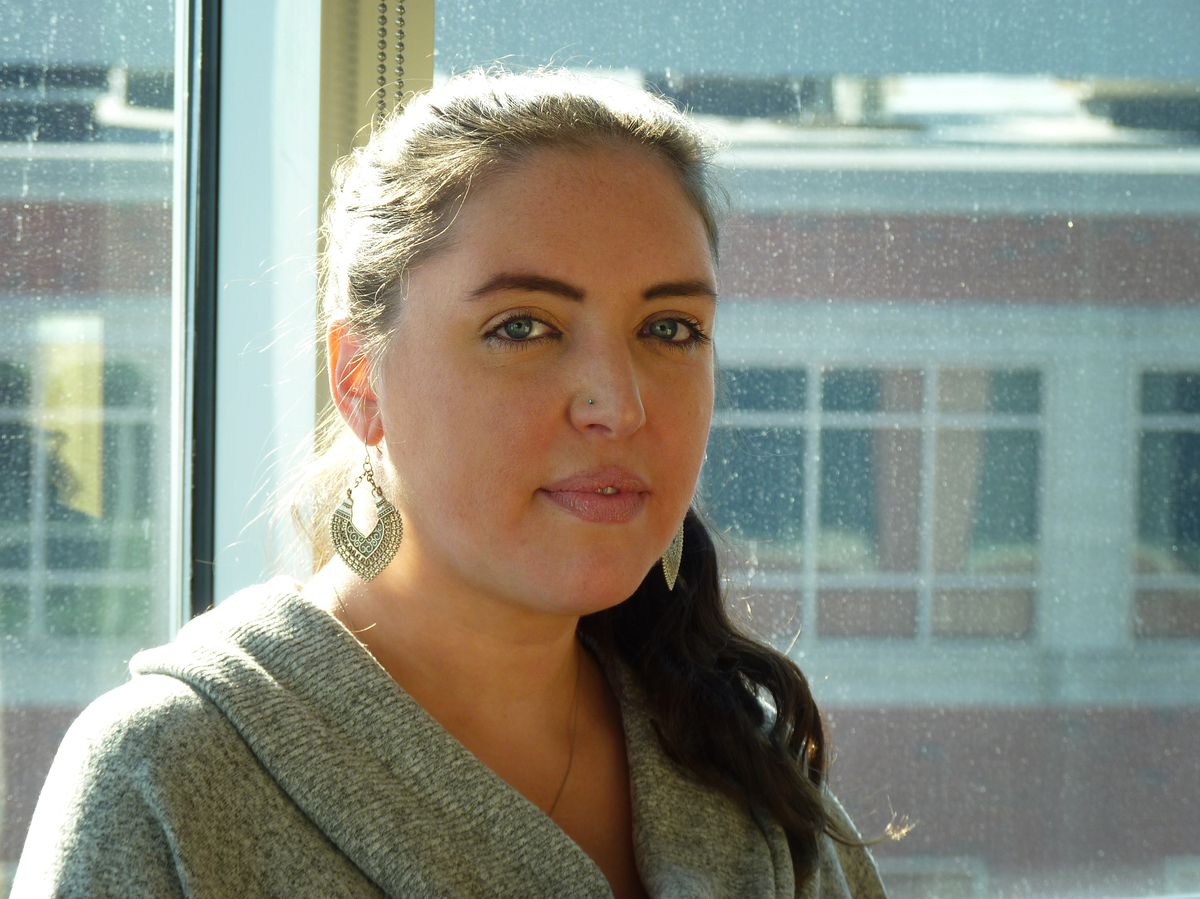 Lisa Ricchio sued the motel where she was sexually assaulted and held captive under the Trafficking Victims Protection Act.

In the summer of 2011, Lisa Ricchio received a call from a man she knew. He said he was in Massachusetts, in pain from a recent surgery, and needed help.

"I went down to meet him, and from there, that's where my nightmare kind of began," says Ricchio, who lived in Maine at the time.

Together, they checked into the Shangri-La Motel in Seekonk, Mass. Once they closed the door, he suddenly turned violent.

"I was held against my will for several days, and during that, he sexually assaulted me nonstop. He had burned me on my privates," Ricchio says. "He had cut me; he didn't allow me to eat or drink. It was truly a nightmare. Along with him telling me that I was going to be a prostitute to make him income."

At least twice while she was held captive, Ricchio claims motel employees saw her in distress but failed to intervene. Ricchio ultimately escaped, and her abuser was arrested and sentenced to prison.

Then, Ricchio did something novel.

Under a federal law called the Trafficking Victims Protection Act, or TVPA, she sued the motel, alleging that the owners financially benefited from the crime.

Legal experts and anti-trafficking groups say her 2015 case was the first filed against a hotel or motel for its role in a trafficking crime.

"It is not that any hotel is liable just because trafficking occurred on their premises," explains Cindy Vreeland, a partner at the firm WilmerHale, which handled Ricchio's case pro bono. "The question is whether the company that's been sued knew or should have known about the trafficking."

After a number of appeals and delays, the case finally settled in December 2019 with Ricchio receiving an undisclosed monetary award. Owners of the Shangri-La Motel didn't respond to a request for comment.

"I never thought it would be, like, an eight-year process," Ricchio says. "Anything in the court system seems to take forever."

That slow process isn't deterring other survivors of trafficking from bringing their own suits.

According to the Human Trafficking Institute, there were at least 25 new cases filed nationwide against hotels and motels last year under the TVPA.

Some of the named defendants include major chains such as Hilton, Marriott and Red Roof Inn.

"You can't just let anything happen on your property, turn a blind eye and say, 'Too bad, so sad, I didn't do it, so I'm not responsible,' " says Paul Pennock with the firm Weitz & Luxenberg.

Pennock has filed an estimated two dozen cases against hotels on behalf of victims in an effort to stop what he considers an epidemic of forced prostitution.

For its part, the hotel industry says it's actively working to stop forced prostitution in its rooms and takes the issue seriously.

"Every major U.S. hotel brand along with thousands of independent hotels have already begun training their employees," writes Chip Rogers, president and CEO of the American Hotel & Lodging Association, in a statement. "Hotels across the country are dedicated to helping victims and survivors, and training gives them the tools to recognize and report instances of trafficking."

Employees are trained to be on the lookout for warning signs, such as guests checking in without luggage, paying in cash, or heavy foot traffic in and out of the same room.

"It is not necessarily to avoid criminal charges or a lawsuit," says Robert Beiser with the Polaris Project. Along with operating a nationwide hotline, the nonprofit also works with the hospitality industry to lead training. "It is more because this is a crime of violence and harm, and certainly no one wants to go into work knowing that their business is associated with that kind of tragedy."

One challenge is getting this training and awareness into smaller and more isolated hotels.

For Lisa Ricchio, she says her lawsuit against the Shangri-La Motel was about more than money. It was also about accountability.

"Even if I can just change, change the outcome for even one person, just to prevent everything I went through, it's worth it to me," she says.

For years, Ricchio has felt the effects of PTSD and chronic pain from her assault. With the legal case now behind her, she's also now feeling a sense of relief.